In recent years, much attention has been focused on the growing – yet in the US, still patchwork – legalization of cannabis. In some states, it’s legal for medicinal use; in others, for recreational use; in others not at all. It remains illegal at the federal level. Millions of Americans have been jailed for its use in recent decades, most of them non-white; many have died in prison serving lengthy sentences for the possession of a few grams.

Yet right across the border in Canada, both medicinal and recreational use is legal throughout the entire country, where the biggest problems it poses are supply challenges and an inadequate number of physical retailers. Canadian provinces are raking in tens of millions of dollars in tax revenue from the corporate cannabis industry that’s sprung up since full national legalization in 2018; projections suggest the industry could be worth more than $5 billion to the country by 2024.

In his graphic novel on the topic,
Cannabis, it is not the legalization of cannabis that author Box Brown is interested in, but its illegalization. He explores the process by which cannabis went from a harmless, and in many cultures sacred intoxicant and medicine, to a demonized drug in the early decades of the 20th century in America.

He offers two major factors as key to the state’s war on cannabis, a war which has cost many American lives and resulted in a massive waste of public resources. Racism, of course, was a catalytic factor in the war on marijuana. The “weed” first arrived in the Americas during the Spanish Conquest; Spanish conquistadors brought hemp seeds with them, and the product was planted in their newly conquered territories as a cash crop for industrial use. It was also used recreationally, and as an ingredient in medicines both in Mexico and the United States.

The influx of Mexican refugees into the United States during the Mexican Revolution in the early years of the 20th century ratcheted up tensions between newly arriving Hispanic refugees and white Americans, particularly along the border. Fights broke out, and the Mexicans’ widespread use of marijuana, along with other cultural practices, was deployed as a racial slur against the refugees and immigrants by those who wanted to keep them out of the United States. It was around this time that the first few cities along the US border banned marijuana use as a pretext for harassing Mexicans.

Later in the 20th century, as marijuana use spread through the US and African American users became more common, racism was deployed once again, with white police and government agents depicting marijuana as an evil practice engaged in by African Americans, which would lead (they said) to horrors such as interracial sex and the seduction of white women. Racism was used to generate fear of cannabis and justify its prohibition; while the reverse was also handily true – fear of cannabis was used as a pretext for institutional racism, such as the harassment and targeting of African Americans by police in the ‘war on drugs’.

The early advocates of marijuana prohibition were well-known racists, such as Harry Anslinger, head of the Federal Narcotics Bureau in the 1930s. Laura Smith writes that “Anslinger’s wasn’t so much a war on drugs as it was a war on culture, an attempt to squelch the radical freedom of the Jazz Age for people of color. Anslinger was a xenophobe with no capacity for intellectual nuance, and his racist views informed his work to devastating effect. But he couldn’t have done it, nor reigned as long as he did, without a cast of complicit politicians who shared his bigoted vision for what America should be.” (“How a racist hate-monger masterminded America’s War on Drugs“, Timeline, 27 Feb 2018) 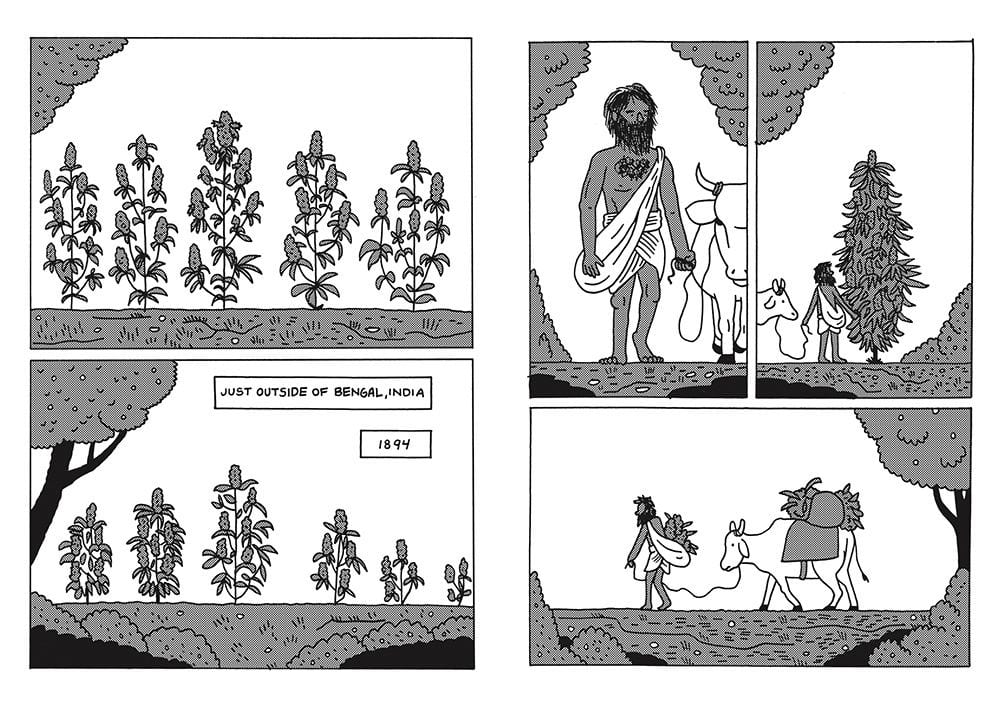 In addition to their virulent racism, he and his colleagues were also driven by the second key factor contributing to the illegalization of weed: a desperate sense of bureaucratic self-preservation on the part of prohibitionists. America’s struggle to enforce alcohol prohibition had failed and was grinding to a halt, yet a massive infrastructure and bureaucracy had been built around that misguided mission. Anslinger, like others employed in the cause of prohibition, was desperate for a cause to keep himself employed as the country gave up on Prohibition, and he found it in the war on drugs. Initially his focus was hard drugs like heroin, but soon marijuana fell into his sights as well.

Yet marijuana was harmless, as any credible expert was quick to point out. It was widely used, not just recreationally but also by pharmacists and other medical professionals. So Anslinger and his colleagues spent the next decade building an incredibly detailed, yet thoroughly bogus case against marijuana. They conducted research studies whose outcomes were either rigged or falsified, they worked with racist journalists to publish sensationalist news stories to create public panics about marijuana, they collaborated with religious leaders and churches (many religious bodies, from Catholic to Mormon, had long disapproved of marijuana use, but they did so in the same breath as they denounced alcohol or tobacco use).

Virtually all the so-called evidence they compiled was falsified. (For example, the widely sensationalized case of Victor Licata, who murdered his family in 1933. The murders were blamed, without any evidence, on marijuana use, even though Licata had a previous record of psychotic episodes and suffered dementia as well). The overwhelming majority of scientific and professional experts, along with many political leaders, opposed or denounced efforts to demonize cannabis, but over the years the neo-prohibitionists gained ground. Finally, in 1937, they succeeded in passing the Marijuana Tax Act, the first prohibitive legislation targeting marijuana.

That provided Anslinger and his agents the window they had been waiting for. The same day the law passed, they began making arrests, intent on building even greater public perception of cannabis as a public crisis. The more arrests and seizures that were made, the more resources were poured into its prohibition and illegalization, leading to even more arrests and punishment, and even more prohibitive legislation. By the early 1960s, thousands of people were being arrested each year on marijuana charges. By the end of that same decade, it was tens of thousands (over 37,000 in 1967). By the 1980s, arrests were reaching half a million a year. 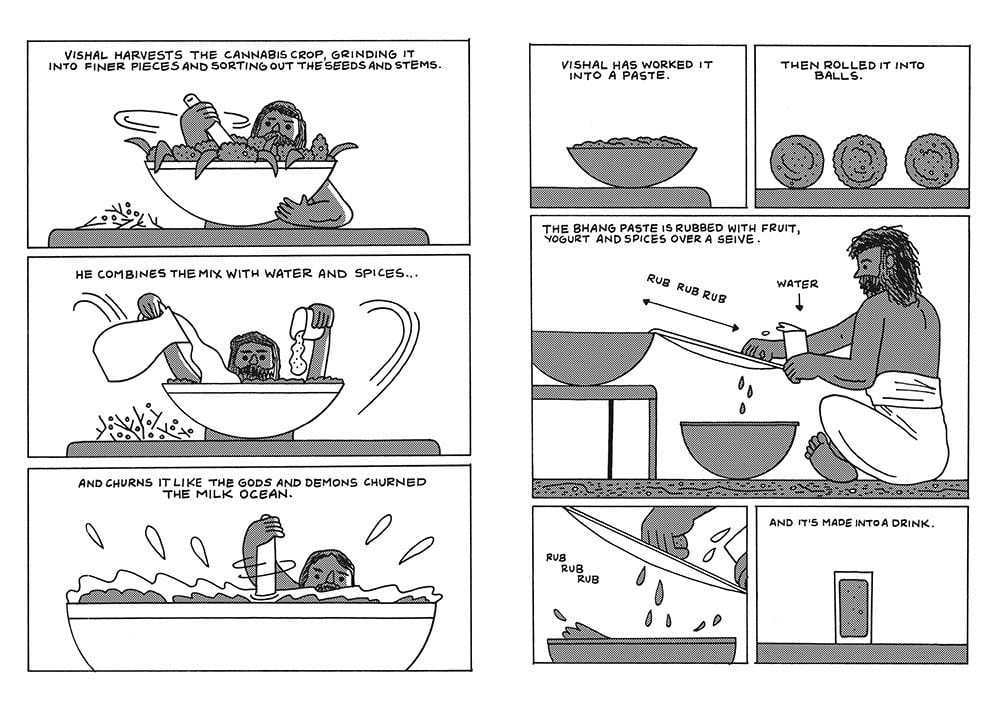 Anslinger was known for his racism and his intent targeting of black clubs and persecution of the predominantly black jazz performers. As the decades progressed, that racism spread, with police casting their net over entire black communities, racially targeting black youth and introducing legislation like minimum sentencing, which effectively destroyed their lives.

The US government also tried to proselytize its anti-cannabis stance to the rest of the world, pushing for its acknowledgement as a dangerous and prohibited drug at the United Nations, and for its inclusion in international treaties banning its use. These efforts were largely successful.

The war on drugs wasn’t always a smooth one, however. Scientific studies continued to emerge demonstrating that the drug was relatively harmless, and in the 1970s a federal government commission reviewing drug legislation, headed by former Pennsylvania governor Raymond Shafer, actually recommended its decriminalization. Then-President Richard Nixon, however, was a staunch advocate of the war on drugs, and he furiously rejected the commission’s report, instead bringing in even stronger anti-cannabis legislation, which was further entrenched by subsequent Republican presidents like Ronald Reagan.

What helped turn the tide? The AIDS crisis, argues Brown. In the 1980s, at a time when AIDS was poorly understood and efforts to study or treat it languished due to homophobia at a time when it was largely considered a ‘gay disease’, patients found that cannabis helped to relieve symptoms and suffering. It was the coming together of AIDS activism and the LGBTQ rights movement, which rallied in response to AIDS, that helped to build the medicinal marijuana movement into a real, credible force, he argues. Legal cases began to be won, medicinal use began to spread and gain credibility, and all of this eventually led to the decriminalization and legalization of cannabis in some jurisdictions.

Not all jurisdictions, though, and many millions in the US continue to suffer as the result of its sustained illegalization, either in the form of lives ruined through prison or families and communities destroyed by a war on drugs that continues to target predominantly African Americans and Latinxs. Not least the violence engendered abroad by the successful export of the US-sponsored war on drugs to other countries. It is tragically ironic that a campaign against cannabis that was undertaken in the name of protecting families and communities has contributed in innumerable ways to destroying so many families and communities instead.

Box Brown offers a visually appealing crash course in this process, highlighting the key moments and events in this sad history. He adopts a narrative, instructional graphic novel style, with consistent square-panelled pencil sketches mostly narrated by the author (with the exception of a few dramatized instances). The author’s use of grim black and white coloring is an appropriate choice for a subject which has been treated in overly reductionist, black and white style by law enforcement and government policy for so many years.

The story told in Cannabis is an important reminder of how racism fuels moral panics, and how the so-called evidence used to justify both is often, predictably, falsified. There’s a certain jarring parallel to the falsification of research and sensationalization of fake news that led to cannabis illegalization, which will be all too familiar to contemporary readers. The way in which cannabis was framed by false research and emotionally charged testimonies that appealed to the worst in human nature is resonant of the way similar tactics are used by anti-abortion crusaders; the fact legislators succumb to their fake news and counter-intuitive arguments has an eerie parallel in the way legislators fell for the anti-cannabis crusades in the 1930s, despite all evidence and common sense. The fact that such tactics have become so pervasive, even up to the office of the President, offers a grim reminder that our society has not yet emerged from that fog which combines performative moralizing with self-serving ambition.

Still, the illegalization of weed is receding, and in that there lies hope. Brown’s graphic novel offers a superb study both in the nefarious process by which cannabis was rendered illegal, as well as the broader hope that in the long run, reason and tolerance will prevail. 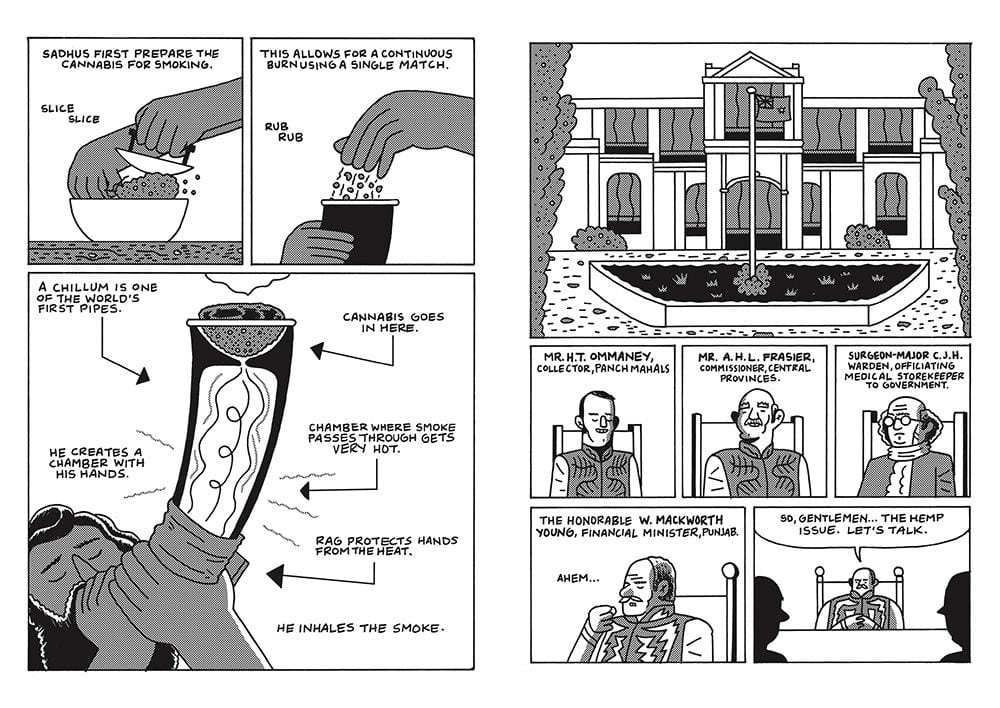 You might also enjoy “Philadelphia Cartoonist Box Brown Explores the Man Who Lived the Myth of Andre the Giant“, by Jon Langmead, 28 Jul 2014.