At long last, we’re finally able to view the expansive Marvel Cinematic Universe through a woman character’s eyes in Captain Marvel. After watching all 20 movies in the MCU, all of which centered on male characters (only one that’s not white), seeing a female protagonist go on an intergalactic soul-searching journey with a veritable deluge of rousing, female-empowering hero moments and nary a drop of sexualization or romance in sight, is a genuine thrill (though it’s tragic that it took so long to arrive). Captain Marvel will undoubtedly hold special meaning for many fans. However, the film doesn’t each the heights of the very best entries in Marvel Studios’ catalogue, as there are a number flaws in the script and on screen that make it an imbalanced and inelegant watch.

Aside from the film’s unique position in the gender inequality conversation, it’s also an unabashedly fun, funny, and entertaining romp that pays loving homage to the ’90s and expands the larger MCU narrative. Vers (Brie Larson) is a Kree warrior on the planet of Hala. She’s constantly reminded by her mentor, Yon-Rogg (Jude Law), to control her emotions in battle (a half-metaphor that reverberates throughout the story), as the Kree wage war against the shape-shifting Skrulls, led by the unrelenting Talos (Ben Mendelsohn). Vers has no recollection of her life before training for battle on Hala, but when she’s captured by the Skrulls and narrowly escapes the enemy’s ship by jettisoning herself in an escape pod to a nearby planet (Earth, conveniently), the fog concealing her former life begins to lift.

The story takes place mostly on our planet in the ’90s, with co-directors Anna Boden and Ryan Fleck (
Half Nelson, 2006 and Sugar, 2009) relishing the opportunity to reminisce about the decade’s quirks. There are Blockbuster Video stores, pagers, slow-loading Windows PCs, Street Fighter II arcade cabinets — the works. These little gags are all good for a chuckle, but they don’t ultimately add much beyond that as, unfortunately, the movie doesn’t otherwise reflect the decade in its overall style. I found myself forgetting that the story is set in the ’90s and would only be reminded of that when one of these references popped up.

Shortly after crash-landing, Vers meets young S.H.I.E.L.D. Agent Nick Fury (Samuel L. Jackson), who becomes her closest companion as she evades the handful of Skrulls who have followed her into Earth’s atmosphere and scrambles to piece together her forgotten origin story (she discovers her real name is Carol and she was a pilot in the Air Force). Larson and Jackson have an easy chemistry together and theirs is the most compelling relationship in the movie, which is a good thing but highlights some of the script’s weaknesses. However, aside from her interactions with Fury — which are very funny and bring warmth to her character — Carol is a bit weightless and doesn’t demonstrate any idiosyncrasies or defining personality traits other than being generally defiant, determined, and dutiful. A lot of this is because she’s oblivious to her past, but nevertheless, the character lacks texture (this has everything to do with the writing and nothing to do with Larson, who is terrific as always). I imagine we’ll see Carol fleshed out as she continues to appear in the MCU moving forward.

While Carol isn’t the most compelling character on her own, the journey of personal discovery she goes on throughout Captain Marvel unfolds in a beautiful way. As she discovers more about her time growing up on Earth, her inner strength and confidence is unlocked, which gives the story a tremendous amount of momentum and makes each revelation deeply emotional and, I imagine, empowering for any woman or girl who has been told to stay down, hold their tongue, and know their place. In that regard, Captain Marvel seems like a gigantic, slowly raised middle finger to sexists and sexism.

As a sci-fi action-adventure movie, however, Captain Marvel is half-baked. Strangely, there’s a lack of scope to the story, despite it taking place across numerous time periods and solar systems. The great war between the Kree and the Skrulls hangs heavy over Carol’s head, but we never get a real sense of who the respective aliens species are, since we spend so much time following Carol’s fish-out-of-water exploits on Earth. The Skrulls’ ability to shape-shift is handled cleverly, though, and gives the first two thirds of the film a fun sense of paranoia, since we never know if any character is really who they say they are (including Carol). 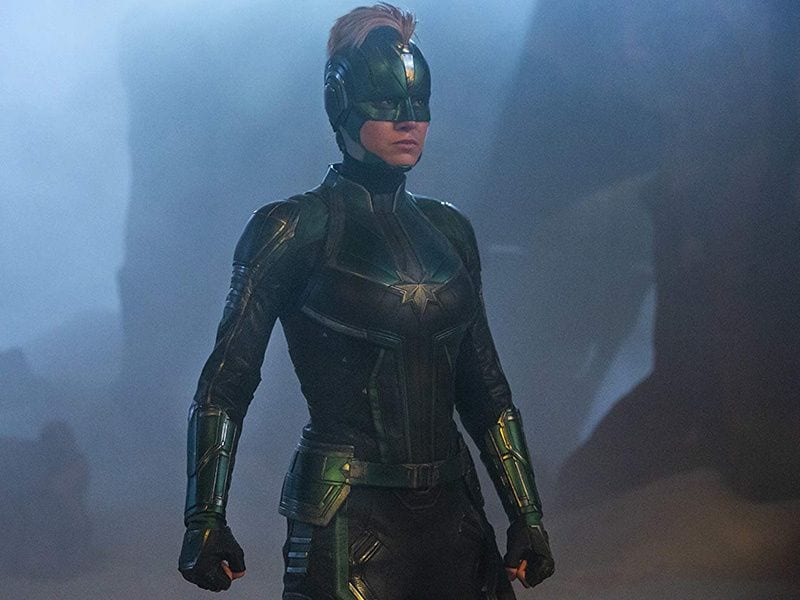 One of the movie’s highlights is pretty much every scene involving Carol using her primary power, which is the ability to shoot destructive photon blasts from her fists. This is the power I wish I had when I was a little comic book nerd in the ’90s, so to say I was giddy watching Larson bring my childhood dream to life on the big screen would be an understatement.

It’s no surprise that Marvel Studios chose Larson to be one of the key MCU cast members going forward, as she’s proven herself to be among the most talented actors of her generation. She easily carries the film in her debut, though an actor of her caliber deserves a more complex characterization. Still, in Captain Marvel she even outshines Jackson, which is astonishing.

Clark Gregg returns to the MCU as Agent Phil Coulson, likely to the delight of Marvel fangirls and boys everywhere, but the standout supporting player is Lashana Lynch, who plays Carol’s best friend. The most emotionally charged moment in the film is when she tearfully explains to Carol what it’s like to think you’ve lost a loved one forever, only to have them waltz back into your life and not remember you at all. Annette Bening plays Carol’s earthbound mentor from her past, but again, the role isn’t as meaty as you’d expect, considering Bening’s qualifications.

There’s a significant twist in the plot that’s preventing me from delving too deeply into the story, but I will say is that the twist is really, really good and completely changes the complexion of the narrative. Captain Marvel isn’t a game-changer like 2018’s Black Panther mostly because it simply isn’t as good of a movie and its social commentary is often distractingly heavy-handed (the film’s use of No Doubt’s “I’m Just a Girl” is borderline cringey). But there are some genuinely riveting hero and female empowerment moments sprinkled throughout, and this movie is an introduction to a character that will be gracing our screens for many years to come. While I don’t think we’ve gotten a true feel for who the Carol character is just yet, her origin story is a solid start, and there’s potential for growth going forward. 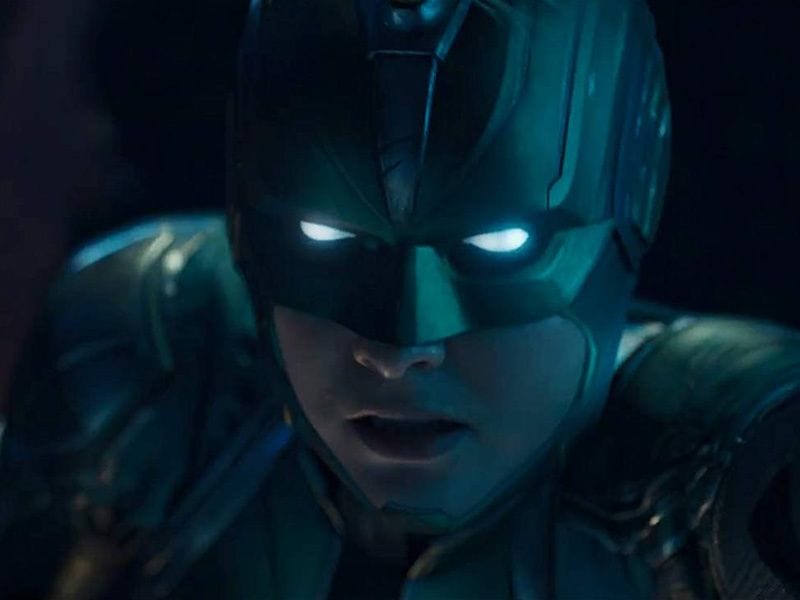