Captain Marvel, the latest film in Marvel Studios ever-expanding Cinematic Universe (MCU), is one of the more disappointing entries in the franchise. In a departure from other Marvel superhero films, Captain Marvel emphasizes the super over the hero. Directors Anna Boden and Ryan Fleck are so eager to showcase the power of their heroine that they skimp on the humor and quiet moments needed to transform Air Force fighter pilot Carol Danvers (Brie Larson) into a compelling character. The result is a larger-than-life superhero whose human alter ego is a complete bore.

For the first time in its remarkable 20-year run of popcorn supremacy, Marvel is playing catch-up to another superhero franchise. Though conceived years before the release of 2017’s immensely successful Wonder Woman, Captain Marvel was left scrambling to create a female superhero capable of holding her own with the meticulously crafted MCU boys club. As a light speed, fire-fisted superhero, it’s clear that Captain Marvel could easily smash the likes of Iron Man and The Incredible Hulk into tiny pieces. Carol Danvers, unfortunately, is an inferior counterpart to the carefully crafted personas of Tony Stark and Bruce Banner.

Brie Larson is a gifted dramatic actress, but she has an almost insurmountable task facing her in Captain Marvel. For starters, Carol Danvers has no idea who she is. Ostensibly rescued from a plane crash on Earth by an alien race known as the Kree, Carol is transformed into a robotic assassin by her charismatically-challenged mentor Yon-Rogg (Jude Law).

“There’s nothing more dangerous for a warrior than anger,” counsels Yon-Rogg, who is determined to squash every trace of Carol’s remaining humanity. Here, Law plays the type of faux-philosopher/stoic sensei you might find in a Star Wars prequel; short on personality and long on pomposity. Carol’s personality isn’t much better, as she slips into some ill-defined space between irreverent wisecracker and noble warrior. It’s a mix that doesn’t work, leaving Larson to somehow conjure a relatable, interesting character from nothing more than murderous Kree resolve and half-formed memories from her earthling past.

Wisely, directors Anna Boden and Ryan Fleck (who co-directed 2015’s Sundance darling Mississippi Grind) hastily whisk Carol to Earth (circa 1995) where she can find more entertaining people to hang out with. There, she searches for a missing scientist named Lawson (Annette Bening), whose light-speed engine might help the Kree win their never-ending war against the Skrulls. Pursuing her is the Skrull leader Talos (the snarky scene stealer Ben Mendelsohn) and an inexperienced S.H.I.E.L.D. agent you might recognize as Nick Fury (in an era obsessed with youth we have a digitally de-aged Samuel L. Jackson).

Captain Marvel finds a pleasant, if unspectacular, groove once Fury joins the adventure. Larson and Jackson generally have a natural rapport, although the quips often seem forced. The smaller throwaway moments provide the greatest payoff, such as Fury painstakingly reproducing a jailor’s fingerprint to escape his cell only to have Carol casually blast a hole in the door with her fiery fist. Otherwise, with the exception of Mendelsohn’s droll delivery and a stowaway cat named Goose (who knew that zero gravity cats could be so funny?), this is an uncharacteristically dry affair for the MCU.

Failed banter aside, Fury allows Carol to explore her humanity. With each clue she uncovers about her true identity, she moves one step closer to understanding that her suppressed emotions are the key to unlocking her enormous superpowers. The moment in which Carol makes this realization is not only the highlight of Captain Marvel, but one of the most empowering and inspirational scenes in the history of the MCU.

Most of the film’s remaining dramatic moments come courtesy of Carol’s childhood friend and Air Force co-pilot, Maria (Lashana Lynch). Absconding to the Louisiana bayou after Carol’s disappearance, Maria clings tightly to the memories of her lost friend, even storing away treasured mementos like Carol’s leather jacket and faded photographs of her father. Maria’s struggle to re-attach the emotional tether swinging just beyond Carol’s confused grasp hints at the film Captain Marvel might have been with a more relaxed, nuanced approach to the story. 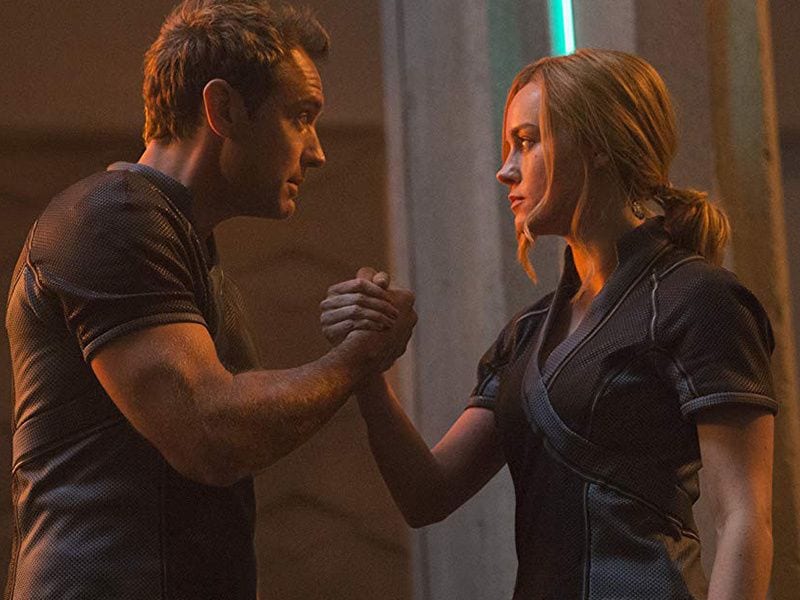 It’s a surprising failure because, traditionally, Marvel has excelled at the origin story. By placing its characters at the forefront and allowing the action to flow organically, the MCU has produced some of the most relatable schlock to ever pummel the screen. Here, Captain Marvel recedes into the background, becoming a simple conduit for action. When Carol starts glowing and easily dispatching her startled enemies, the pyrotechnics are impressive, but the emotional component is absent. Thus, the film is flat and predictable; the cinematic equivalent of a resigned shrug from Marvel, as if to say, “We had to make it, but at least she kicks ass, right?”

Also disappointing is the lack of ’90s period detailing. What might have added some much needed texture and spice, if you will, to the otherwise drab visual palette is relegated to easy sight gags. Defunct businesses like Blockbuster and Radio Shack get name-checked, and characters roll their eyes at the lethargic ’90s technology. The oppressive ‘best of the ’90s’ song selection infects every scene like a virus of mediocrity. You may think you know how bad some music was in the ’90s, but nothing can prepare you for the horror of No Doubt’s “Just a Girl” serving as the background for a gigantic superhero clash.

Ultimately, Captain Marvel is one of Marvel’s most baffling missteps. It adequately ties up several loose ends before the release of Avengers: Endgame (April 2019 in the US), but fails to forge its own dynamic identity within the larger canon. Carol Danvers should be more interesting and her emergence as the Universe’s most powerful superhero should be more fun. Unfortunately, not even an inspirational dose of Girl Power can save Captain Marvel from crashing down to Earth. 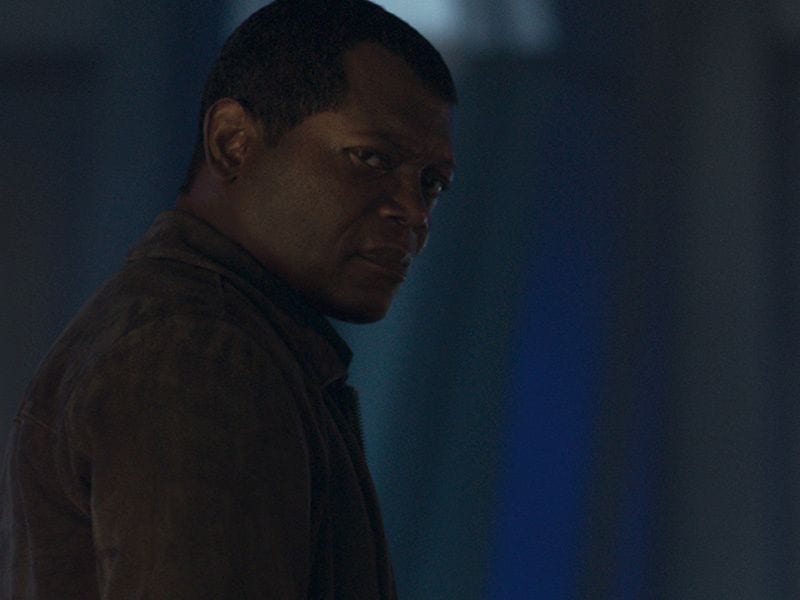