Every Memorial Day weekend, thousands of music fans descend upon Detroit for Movement Electronic Music Festival, otherwise known as Movement. The festival provides more than just entertainment for consumers of electronic music – it also serves as a cultural marker of the Motor City’s extensive and often overlooked techno history. One of the central figures in its history, Carl Craig, is also the reason Movement exists today. Back in 2000, Craig helped co-found the Detroit Electronic Music Festival (DEMF), which saw an attendance of over one million. Since the festival became Movement in 2006, Craig has played it ten separate times and notched another with Movement 2019.

That marks just one of the many accomplishments the famed producer has accomplished for himself over the years, an exact 30 in the business since his debut single “Neurotic Behavior”. He started his own label Planet E Communications, reinvented his sound and name numerous times, and continues to release music to this day, the latest being Detroit Love, Vol. 2. With all these accolades under Craig’s belt, it makes sense that he recently tweeted “When I turn 50 I’m offending everybody” in honor of his big five-oh. Just like his Twitter account, Craig carries himself with both humor and honesty.

“[50]’s a situation where diplomacy gets thrown out the window once you get to that stage in your life,” said Craig. “I’m probably gonna take a page out of the book of Fred G Sanford, period, and just call everybody big dummies.”

Yet even with all his achievements and acumen, Craig considers it important to hold onto the youthful energy he felt when his career first started in his teenage years. “Some people don’t want to be called legends because it makes them feel old, because they’re not about that – I take it as I go,” Craig says. “All I’m trying to do is remember when I was 15, how eager I was at that age and still put that energy into making music and bad decisions and all that kind of stuff.”

When asked if his teenage self ever imagined eventually playing the Royal Albert Concert Hall, he says yes, though he saw himself as Prince. Carl Craig always dreamt up big things for himself, and his dreams led to big results that helped turn Detroit into techno Mecca.

Detroit Love, Vol. 2 stems from those very same ideas. A collection of classic and fresh tracks, the compilation features songs from a variety of Detroit’s most famed beatmakers, from Kevin Saunderson to Claude Von Stroke. When choosing selections for the LP, Craig wanted to include a hefty dose of unreleased material to push his project forward, while also keeping a few expected staples. “We wanted to have enough of that presence people know as Detroit Love as well as music that people had never heard before.”

The compilation takes its name from a party started by Craig and other Detroiters who wished to share the sounds of their city to its fans elsewhere. What started at an underground Amsterdam nightclub became a now in-demand event the world over, with plans to take the function to Spain and Portugal later in 2019. Though it first launched back in 2014, Craig sounds surprised Detroit Love just hit the five-year mark this year.

“If it’s been five years, God, it’s been a lot longer than I thought,” he says. “I actually thought it was less than that, but that’s how you go with age.” He further jokes that maybe if they kept the party just to cities in the States, they could charter buses and turn it into a Grateful Dead-esque type of movement.

Detroit Love‘s wide appeal speaks to more than just people’s interest in electronic dance parties. As the underground scene emerged through the internet or commercial success with EDM, people started to trace its roots back to Detroit as one of the movement’s epicenters. Craig, through his involvement and support of the scene, undoubtedly contributed to this fresh interest. Coming full circle, he also credits this tourism as the reason why a festival like Movement sees such success today. Well that, and the after parties. 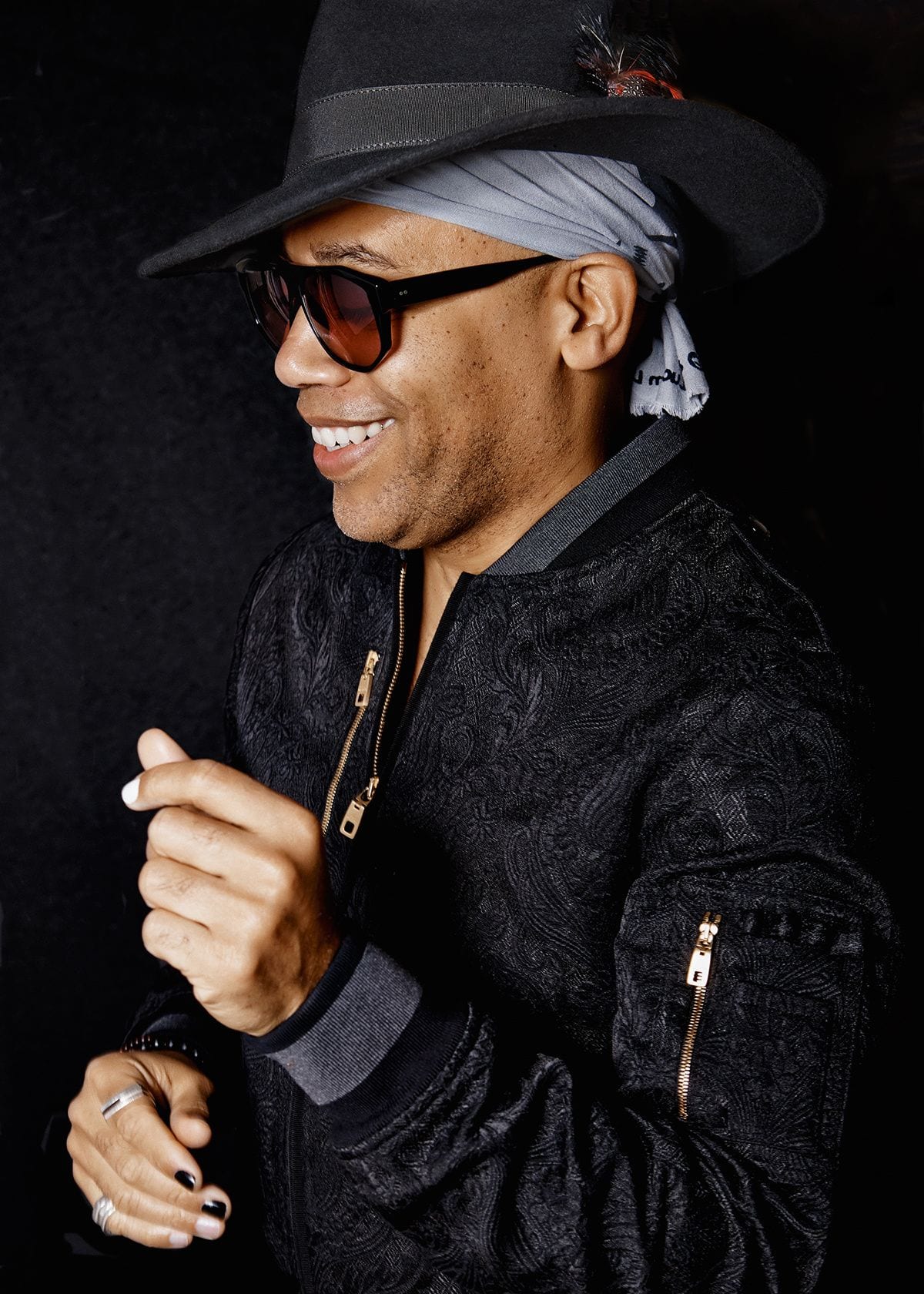 “It used to be at 2 AM, everything ended,” Craig recalls, “but with Seth Troxler’s party that he was doing at the Old Miami, they would go for 48 hours. From the days when I played the Shelter at St. Andrew’s Hall to seeing lines around the block for two-day parties, that really taught a lot to the fans in Detroit. And it also gave the opportunity for the city to see how strong this all is.”

For all his contributions to Detroit and techno as a whole, Craig still acknowledges moments where crowds fail to recognize or care, about his name on a lineup. At a recent show in Brooklyn headlined by Disclosure, he recalls an audience whose biggest response to his set came when he shouted out the duo. He sees these moments, not as hindrances, but opportunities.

“If I were to have opened for Avicii, I just play whatever the hell I want to play, because I know they’re not there for me,” Craig admits. “I could play the craziest modular shit, and people will just stand there because they’re waiting for Avicii.”

While Craig bears this during his shows, he also feels this craving for familiarity stifles musical innovation. He cites Jlin and M. Geddes Gengras as acts which excite him, though he cannot name an artist who’s truly inspired him in recent memory. It calls back to another recent tweet of his: “The current state of the music industry makes me wonder if most people even like music.”

“Today, I don’t think that people give a fuck, or even like the music,” Craig says. “That comes from planned parties, from [DJs] watching for the audience response.”

That all said, Craig also acknowledges the difficulty of achieving true originality today. He remembers Detroit’s “incubation period” where musical pioneering outranked keeping up with the times. Today, laptops, Beatport, and a variety of other tools and trends have made innovation that much harder. Craig, who’s dipped his toes into orchestral and jazz arrangements, now wonders what his next shift will be. In his search for inspiration, he would appreciate it if you stopped mentioning his kids. 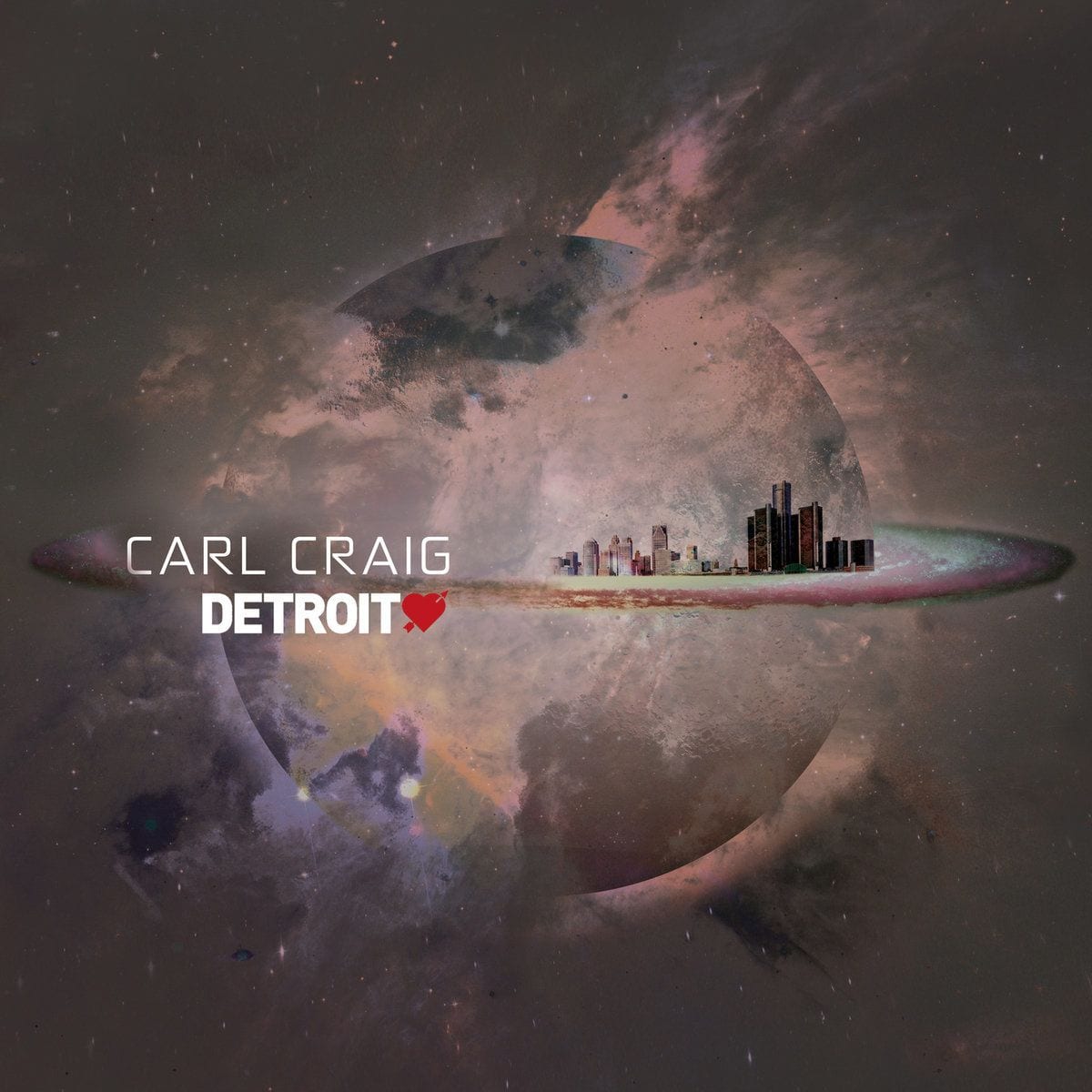 “Everyone in your family’s telling you that your kids should be inspirational. But they’ve never made music a lick of a day in their lives, so how are you supposed to tell me that they’re supposed to be my inspiration?”

As an artist now in his middle age, Craig admits to the creative invigoration that comes with youth. He cites albums by Ol’ Dirty Bastard, Public Enemy, and Cuban Link as ones where the quirks and inventions spring from a younger perspective that’s still unafraid and dazzled by the world around them.

“When you’re young, you have this love for things like, let’s say cars. ‘I want a Lamborghini! I want all this stuff, and my dreams are gonna come true!'” says Craig. “People buy into that because they also want a Lamborghini. They want Rolls Royces, to be able to get fucked up on coke and party and pop bottles, things that often get written off as “ostentatious”. But that shit’s inspirational to kids, and it was inspirational to me.”

That’s not necessarily the same stuff inspiring Craig nowadays, where parenting and business require a different way of thinking. Holding onto one’s 15-year-old perspective proves difficult even when you’ve lived through it.

Craig seems just as capable as a Soundcloud rapper to introduce a fresh take on music. In comparison to other genres, electronic is still a relatively young genre, where plenty of its earliest innovators are just now reaching their upper ages. People like Craig needed to fight a little harder to get their sound the respect it deserves, and his snarky Twitter account shows the fight hasn’t left him thus far. If anything, his status as an electronic legend, father, and businessman put him in a unique position that few musicians, and even fewer regular folks, could ever see the world from.

“I don’t know whether my next steps will be integrating only orchestral music and then grabbing things out of the air, or going back to taking some vinyl rips,” he muses. “Nobody knows, I’m just gonna be insulting everyone along the way.”