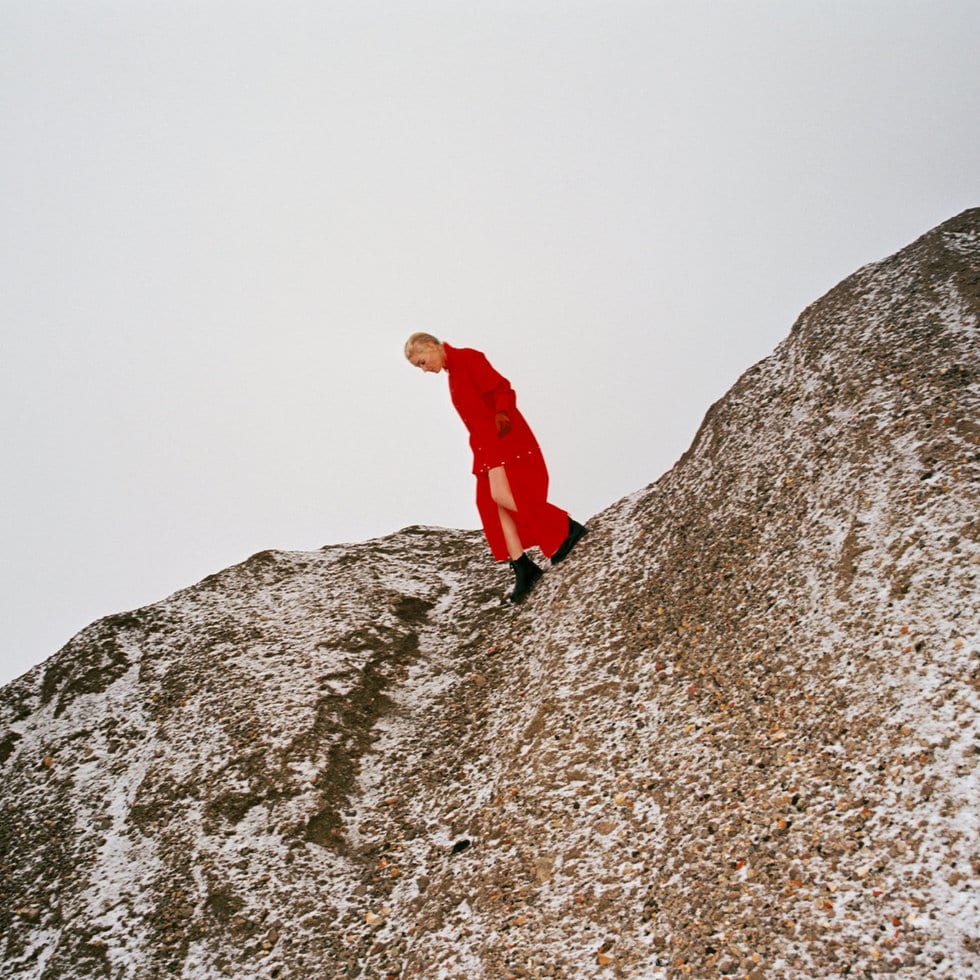 Crab Day seemed, at the time, to be a continuation of the spiky surrealist angularity that Le Bon had tried out and worked out on her preceding three albums. It seemed like you could tell where she was coming from even if you also perhaps had no idea where she was coming from, such is the way that some elements of surrealism and the avant-garde seem to operate. There was always a certain sense of context in those albums that made them seem both recognizable and strange at the same time. In other words, you could spot the influences of, say, some of the John Cale or the Nico parts of the Velvet Underground, or a deep affinity with the folk tradition, both in her vocal style and in some of the arrangements, or as PopMatters’ Crab Day review noted, a certain acknowledgment of the DIY sound of bands like The Raincoats, albeit more artfully presented.

Reward, though, seems to break through to an entirely new level of operation, and while it may be freely acknowledged that Le Bon’s previous work, most notably Mug Museum (2013) and Crab Day (2016), was undoubtedly excellent, this new work is rather stunning in its shedding of skins and plowing of new furrows. The influences have either been thoroughly shrugged off or thoroughly absorbed, and what we get here is a frankly remarkable set of ten songs that lead us from our comfort zone almost imperceptibly to a very very strange place, and then once more out of the woods and back to more recognizable territory.

That movement seems to be reflected in the circumstances of the album’s construction. The writing and recording of Reward took place in some rather contrasting environments, from the relative wilderness of the Cumbrian Lake District where the songs were conceived, to oceanside recording sessions near Los Angeles, and then again to the desert of Joshua Tree, among other locations. This restlessness and seeking after a certain genius of place comes through on the album, whose first song, “Miami”, seems to have no actual connection to an existing place of that name. Perhaps this is an album not so much looking for its place as it is inventing is own space in which to exist, and that seems to be an important trope throughout.

The ten songs on the immaculate Reward enact a series of fascinating double movements, and that mode of operation is on display from the beginning. “Miami” opens with what sounds like chimes, either of a clock or a distant bell, behind which is a stately keyboard figure and a rather awkward saxophone trill. The contrapuntal chime and horn sounds will return later and throughout to interesting effect. The first words of the song are “decorate the new discord”, and this sounds like both a declaration and a command, as if in an aesthetic manifesto of sorts.

While it’s easy to see a through-line here from David Bowie, John Cale, and Brian Eno through to Laurie Anderson and then to Le Bon herself, this music also feels like it exists entirely apart from other music. Similarly, Le Bon’s voice seems both delicate and unbreakable at the same time, and the song structure seems perfectly simple, while its meaning remains almost impenetrable. And in a final paradox, this “new discord” is very very pretty. The sound of “Miami”, as goes the sound of almost the whole album, is just beautiful, Le Bon’s voice a warbling instrument alongside a chamber ensemble of others.

If you had become accustomed to the spiky guitar sound of Le Bon’s previous work, you might notice its rather conspicuous absence from that opening song. While the guitar returns on the second song “Daylight Matters”, it returns here and henceforth as a much more harmonious and companionable sound, seeming to provide a link between the chimes and the horns somehow, both tolling and trilling at the same time. Double movements continue to abound here, and they continue to replicate on “Daylight Matters” as we start to wonder whether these might or might not be what we would normally call “love songs”. Le Bon repeats “I love you, I love you, I love you, I love you,” but the object of her affection is far from clear, and it is possible that this romantic trope could be a feint or a figure for another kind of attention.

If these are love songs, they are deconstructed and reconstructed version of the idiom, turned inside out somehow, as “Home to You”, perhaps the single most gorgeous song on the album, quite willfully demonstrates. While the melody and the musical arrangements are just divine, the lyrics are certainly set off to the side of what one might consider lovey-dovey. What we might be coming home to “is a neighborhood in the night kitchen”, “atrocity in the town”, “an impasse under hallway ceilings”. A continuing decoration of the new discord.

If it seemed like Reward was presenting us with a more accessible set of songs than Le Bon has previously offered, as if she were moving, at least melodically, toward something akin to the mainstream, then “Mother’s Mother’s Magazines” disabuses us of that notion. It’s as if, having ingested a certain amount of the hallucinogens and having determined them to be ineffective, we made the ultimately rather unwise decision to ingest more of the hallucinogens. At which point, all of the hallucinogens kicked in at once, causing the effect of, as Dean Wareham once so nicely put it, “freakin’ and peakin”, and this indeed seems to be the impact of “Mother’s Mother’s Magazines”. The song is all jarring high-low vocals, insistent and time-shifting bass, nerve-poking guitars, and repetitive pulses of the saxophone. The whole thing concludes with what sounds like a fury of bees, who seem to have been buzzing under the surface for a while until the song drops out and leaves them to have their say. So we have been either awoken or transported rather firmly and decisively, to a place of unknowing. It’s a remarkable effect and seems to be a transformative moment in the album’s arc.

So while we resume the stately avant-garde chamber music of before with “Here It Comes Again”, it’s as if we have been permanently reset, finally convinced that this is not our usual reality. These are love songs, then, of a sort. To whom or what, and whether they are requited or unrequited is almost immaterial, given that the songs seem to take us to a point almost beyond abstraction. Indeed the whole album seems ultimately immaterial, disappearing as it appears, seeming to deconstruct itself in the moments of its instantiation. It’s possible that this might be a metaphysical, or perhaps even a Romantic work, and a mystical one at that.

The distinction between romantic songs and Romantic songs seems important here, and it becomes apparent at a certain point that Le Bon might be looking beyond mere human relationships and mere romantic feeling and outward toward other forms of relation, with time, with mortality, and with nature, among others. In this regard Reward resembles nothing so much as Keats’ “Ode to a Nightingale” or one of Coleridge’s odd but enchanting conversation poems, wherein we are invited along on journey of consciousness exploration, while never leaving a sitting position. We enter a meditative state as we consider our relationship to the cosmological, and when we finally return to the present moment we appear to be physically the same, but something, perhaps everything, is different. Keats’ poem begins with woozily, “My heart aches, and a drowsy numbness pains / My sense, as though of hemlock I had drunk,” and his lyric seems to resonate strongly with what Le Bon is doing here. These songs are intoxicating, and they mimic intoxication both lyrically and sonically, all while they are in the end just songs, and we are just sitting here imbibing them. It’s a remarkable effect on her part, and it has a remarkable effect on the listener.

And this is where the interplay of the bells and chimes that opened the album and the saxophone trills that followed make a significant return in the second half of the album. The chiming guitars of “The Light”, tolling in a beautiful tintinnabulation, seem to point us toward the insistent ticking of the mortal clock, all while the contrapuntal and insistently trilling saxophone, here and on the closing “Meet the Man”, turns those chimes into immortal birdsong, as we see our impermanence ranged against the immanence of nature and music.

This, in a strange way, is Le Bon’s ode to the nightingale, preoccupied with the passing of time, human transience and mortality, and her voice serves as the interlocutor between the human and natural worlds, a birdsong that is deceptively robust, and which will long outlast us. These are indeed, as the song suggests, “magnificent gestures”. The song of that name, and which sounds oddly like Devo and Lene Lovich (herself no stranger to a wild saxophone), offers the instructive lyric, “Truly I like to dream / Romance is company / Permeates the concrete graft / Puts me head / In a car park.” That feels like Keats updated and weaponized for Le Bon’s avant-garde purposes, a remarkable reconfiguring of tropes that are deployed to stunning effect.

The album ends with “Meet the Man”, and it is difficult at this moment, surrounded by the relentless birdsong of those ever-recurring saxophones, not to recall the end of Keat’s poem, just as the early part of Reward recalls its opening. So where Keats’ poem set us off on a flight of fancy, his lyric and Le Bon’s album both end with a return to consciousness after some time away with the faeries. Here is Le Bon; “Back to life? / We have no means / When he died / Religion spoke / ‘Did you ever look beyond belief?'” And here is Keats: “Was it a vision, or a waking dream? / Fled is that music – Do I wake or sleep?”