Counterbalance No. 12: The Jimi Hendrix Experience – ‘Are You Experienced?’

Before Jimi Hendrix, face-melting guitar solos were all too rare. His 1967 debut album Are You Experienced? blew the lid off the unmelted face market and rock was never the same.

Counterbalance No. 10: ‘Never Mind the Bollocks, Here’s the Sex Pistols’

The Spirit of ’77 abounds as Sex Pistols round out the Top Ten on the Big List. Counterbalance take a cheap holiday in other people’s misery. Right. Now.

Counterbalance No. 9: The Clash – ‘London Calling’

Counterbalance offers up the right profile of the Clash's London Calling, an epic, sprawling disc that will leave you sprawled out on the floor as your mind tries to wrap itself around the sprawl of genres over the course of an hour plus.

Counterbalance No. 8: The Rolling Stones – ‘Exile on Main St.’

In 1972, the Rolling Stones were holed up in a rickety mansion in the South of France, writing an epic love letter to American music. Counterbalance examines the Rolling Stones' Exile on Main St and separates the fever from the funk house—now!

Mendelsohn: Klinger, I’m about to commit blasphemy. I like Bob Dylan. But I don’t love Dylan. When it comes to Dylan, given my druthers, I’d rather listen to Highway 61 Revisited. When it comes to music in general, given my druthers, I’d probably choose to listen to something other than Dylan. Is there something wrong with me? Did I just cash a one-way ticket to music critic hell?

Klinger: I’m glad you said that, Mendelsohn. Indeed, your abject blasphemy has most certainly earned you a place in critic’s hell—move over, the guy from Entertainment Weekly! And while I’m sorry about that, I must thank you for blunting the force of my transgression. Although I really like Blonde on Blonde, I don’t think it’s anywhere near Dylan’s best album, and I kind of wish critics would take a breath from their incessant fawning over it.

Mendelsohn: I have to tell you, that’s a huge load off my shoulders. I thought there was something wrong with me—like I had gone insane, but I was the only one who knew I was insane, and if I opened my mouth, everyone would realize I was insane, and I would be institutionalized. Please, don’t have me put away, I just don’t get it. I don’t get Zimmy in general, but the position of Blonde on Blonde on the list befuddles me.

To understand this album, I went out and read reviews on it until my eyes started to bleed. To keep a long, boring, and bloody story very short—I came away with the impression that everybody was reading a little too far into this record. Which leads me to ask, is everybody reading into Dylan a little too far as well?

Klinger: Short answer, no. Dylan’s lyrics really do work on a number of different levels, and when he’s on fire, he’s pretty much the best there is. I think people get hung up on the idea that his lyrics need to be deciphered, and when you crack the code, they’ll reveal the mysteries of the universe, the meaning of life, and a few new tasty ways to cook chicken.

Most of what Bob has to say, once he got away from his protest period, is couched in riddles and wordplay. A lot of it gets left up to you to sift through what sounds like gobbledygook to find the words that resonate with you. I find quite a bit of that on Blonde on Blonde, even at different points within the same song. 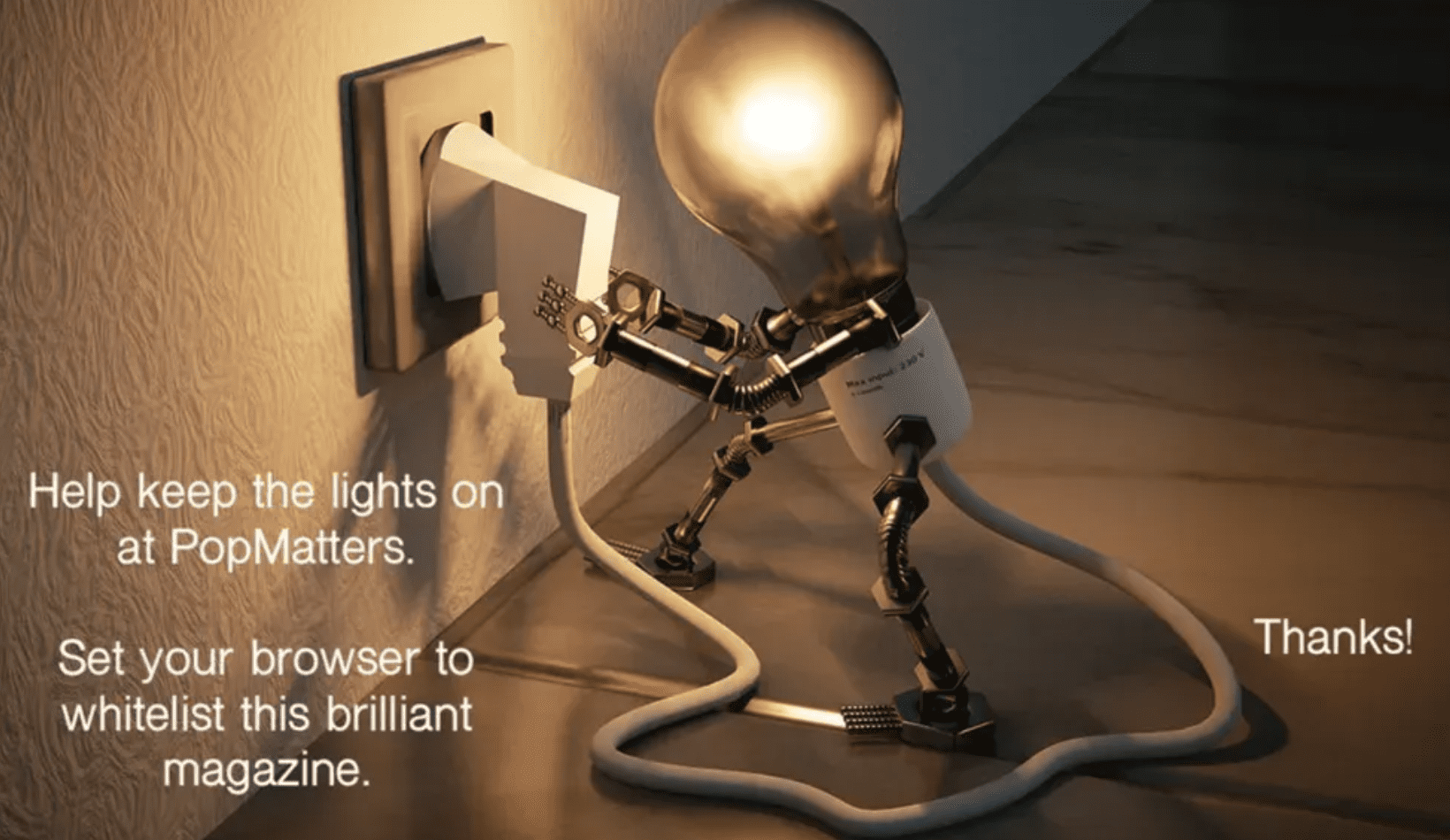 Mendelsohn: I don’t understand anything that Bob has to say. Also, I don’t like to work when it comes to listening to music. The only things I want to “sift” for are gold or precious gems—not for the nuggets of wisdom hidden underneath the mounds of Bob’s gobbledy and gook. Since we both agree that this isn’t Dylan’s best record, can we talk about why it’s in the Top Ten? Musically, nothing is outstanding aside from the de/reconstruction of the blues. Lyrically? Well…

I don’t see anything revolutionary here. No sea change, no redefinition. Why is it here? Why number seven?

Klinger: Why is Blonde on Blonde at number seven instead of, say, Highway 61 Revisited? To put it simplistically, critics like big statements, baby. The ability to create a rock & roll Guernica, a War and Peace with chords and beats—that’s the pinnacle of the rockmaster’s art.

But ooh, I really have to disagree with when you say that there’s not a lot going on musically. By combining acoustic and electric sounds, plus pop and blues structures, Blonde on Blonde really does form the basis for much of the roots rock that has come after. Dylan’s gift for melody is all over this record (“I Want You”, “Just Like a Woman”, “4th Time Around”), too, and I maintain that he can create great melodies that set his songs so far apart. The fact that we’re able to discern them through his, uh, unconventional voice, and that they have the power to move so many people is a testament to that.

Mendelsohn: Ah ha! It looks like I hit a nerve. I also forgot to mention that I think Bob Dylan is fugly and he probably smells funny.

Honestly, though, I still don’t see it. But I think it’s because Bob Dylan permeates everything. Dylan is like the sugar of the music world. Before sugar, people didn’t know how great food could taste. When sugar first made it to the western world, people flipped. It was sweet (before that the only flavors they had were salty, bitter, and cheesy), it made everything better, and by making everything better, it changed the world. But today, sugar is in everything, and no one cares or notices. It has gotten to the point where escaping sugar is almost impossible.

Part of the reason why I don’t often reach for Blonde on Blonde when I’m looking for some Dylan can be chalked up to the sequencing of the album. First, you’ve got the pretty annoying “Rainy Day Women #12 & 35”, then there’s the kind of plodding “Pledging My Time”. After that, you get “Visions of Johanna”, which would have been one of Dylan’s greatest songs ever if anyone had bothered to teach the bass player the chord progression (sadly, once you start listening for fluffed notes, it’s all you can hear).

You’re three-quarters of the way through the first side before its first unequivocal success, the soaring “One of Us Must Know (Sooner Or Later)”. After that, it’s pretty much strength to strength, but that first 15 minutes can be a bit of a slog.

Mendelsohn: It’s funny that you say that, because on my recent trips through this album I too have been skipping past the first three songs. And I feel a bit conflicted about doing that. For me, a top ten album is a record that you should be able to listen to straight through, first note to last, without even thinking about skipping around. But then, there is a lot of album here, cutting out those first three songs still leaves the listener with a solid hour of Dylan’s jibber-jabber, more than enough for anyone. I think I’ll amend my iTunes library and make Dylan work for me, not the other way around. He’d be down with that, right?

Klinger: Bob is more than willing to work for you these days, from amending your iTunes library to everyday yard work. He’s mellowed in recent years. He might not even mind you calling his magnum opus “jibber-jabber”.

I’ll be interested to see how your Bobophobia plays out as we make our way through this list—he’s on here no fewer than 23 times.

This article was originally published on 29 October 2010.

Marvin Gaye's What's Going On has been called the greatest soul album of all time. But is it truly "right on"—or maybe a little bit "jive"? Counterbalance’s Mendelsohn and Klinger find out what's happening, brother.

Counterbalance No. 4: ‘The Velvet Underground and Nico’

The Velvet Underground & Nico's self-titled debut album started as all hype thanks to Andy Warhol, but it somehow managed to become one of the most influential records of all time. Has this record outlasted its 15 minutes of fame? Peel slowly and see.

Our Counterbalance team takes on the "Greatest Albums of All Time". This time it's Nirvana's Nevermind. Dust off your flannel shirt... it's going to be a grungy good time!

Counterbalance No. 2: The Beatles’ ‘Revolver’

In this installment of the tag-team series Counterbalance, we take on the Beatles’ 1966 bellwether Revolver. Turn off your mind, relax and float downstream!

Ten years ago, we began presenting the beloved Counterbalance series that ran through 2016. Jason Mendelsohn and Eric Klinger debate the merits of some of the most critically-acclaimed albums of all time. We are re-running the entire series beginning today with a new entry each Monday. Enjoy.