​Director Chad Hartigan’s fourth feature Little Fish (2020), adapted by Mattson Tomlin from a short story by Aja Gabel, is a science-fiction romance that frighteningly echoes the present day. Emma (Olivia Cooke) and Jude (Jack O’Connell), play a couple who find themselves living through a global pandemic. The virus erases memories, and as they find their own beginning to fade, they fight to hold onto the memories that define their relationship, before they’ve forgotten their love for one another.

Hartigan’s debut feature, Luke and Brie Are on a First Date (2008), plays with the anxious comedy of this overwhelming experience. It offers an interesting contrast to Little Fish, juxtaposing a couple trying to find out if there’s to be a relationship with a couple trying to save their relationship. His other features include, This is Martin Bonner (2013), a drama about the friendship between two men, and the one’s quest to reunite with his estranged daughter, and the coming-of-age drama Morris from America (2016), about an American father and son living in Germany, and struggling with the culture. He has also directed an episode of the HBO anthology series Room 104 (2017-2020), titled Boris (2017), about a tennis player and a maid who find an unlikely connection when he confides in her about his dark past.

In conversation with PopMatters, Hartigan talks about approaching filmmaking as a journey to broaden his knowledge and how he’s a collection of his memories and his work. He also discusses the need for the director to not necessarily try to tell a big story but to be deliberate in their intent.

It might partly be that I grew up in Cyprus, an island in the Mediterranean. My parents aren’t from there; my dad’s Irish and my mom’s American. We just happened to live there and all the TV was in Greek.

I didn’t speak Greek, so I didn’t watch any TV. I played soccer outside, or I watched movies we had on VHS, or we’d go to the video store and rent them. My love for movies as an art form came from growing up with that being my one form of home entertainment. Then, seeing Jurassic Park (Spielberg, 1994) when I was ten opened my eyes to a world of, ‘Well, how did they do that?’

I began thinking about it as something that people did, and that was the beginning. From that point on I was more interested in acting than filmmaking. I did a lot of theatre and drama in high school and I thought I’d try to pursue acting as a career. I was only interested in film acting, not stage acting, so I decided to go to film school rather than drama school, thinking I could learn about film acting. It was there that I did a full shift, and it became about the storytelling, the craft, and making movies.

Are the lessons a filmmaker learns from one film to the next not only about the mechanics of filmmaking but also how to use themes and ideas to creatively express themselves and to connect with the audience?

… This is my fourth film and it’s the first one I didn’t write myself. It’s also the largest one, and each has been larger than the last. So there has been a definite progression in a practical sense, but I’ve also tried to make each film very different from the last, in terms of content, style, and genre. Each film is a product in the end, but first and foremost it’s an experience.

It takes up a year or two of my life, and I want to make films about topics that interest me, that I’m not an expert in, but I can learn about as I embark on the journey. I’d love to have a wider sense of the world and an appreciation of some aspect of it at the end of the journey than I did at the beginning. So I make each film in a different country, and each time I try to have these brand new experiences, challenges, and lessons. So far that has been the case, and that’s the real joy and gift of being a filmmaker.

I have friends that are the opposite, like Alex Ross Perry and Eliza Hittman, where each movie is so distinct with their own style, or the Safdie brothers [Benny and Josh], where they’re slowly perfecting what they do. It’s also inspiring to see, but personally, that’s not how I’m wired, and I don’t feel that’s the kind of filmmaker I am. I’d rather have the widest breadth of experiences possible. 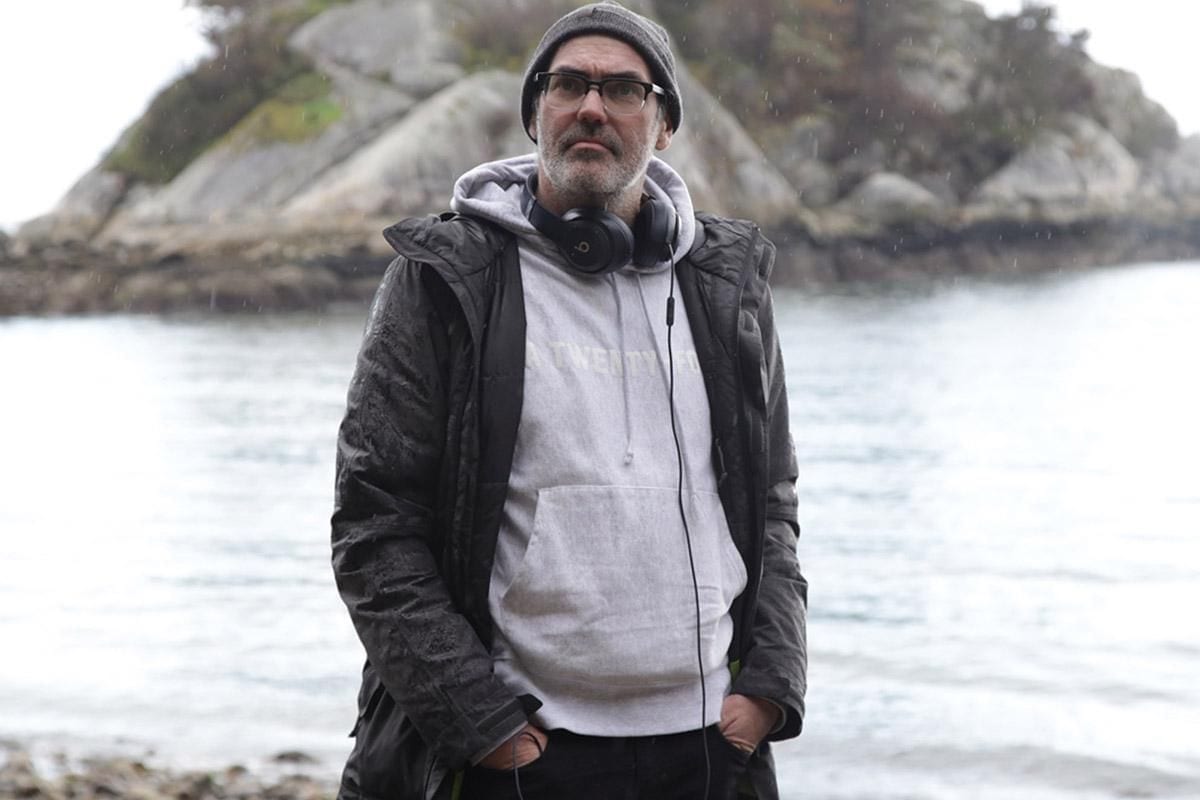 Is the short story better suited to film adaptation than a novel because you are able to add to the source material, as opposed to condensing it?

… It was Mattson’s first time adapting, and he’s a very prolific screenwriter, so I’m sure it was a strange and challenging experience for him. I have adapted books into scripts that haven’t been made into films yet, so I can’t speak to that experience, except that I think it’s probably correct.

It’s actually very easy to adapt a novel because it’s all right there, but there will inevitably be something lost in the translation if it’s a direct one. It’s more difficult when you only have a seed, and it’s up to you to make it blossom into something new, but you’re more likely to end up with a result that has a life of its own.

The aesthetic of Little Fish creates a feeling that the characters are a part of something bigger than themselves, that they can’t fully understand nor control, and yet it still feels like a deeply intimate story. What were the thought processes that led to this visual approach?

… I worked with Sean McElwee, the same cinematographer I’ve always worked with. We went to film school together, and at this point, we have a real connection and understanding of each other. We have a lot of the same influences and tastes and going into the film, we discussed the fact that it takes place on three timelines. There’s the present, there’s the past, and then there’s perhaps a false version of the past, which presents a lot of opportunities.

We wanted to shy away from any overt and explicit indicators of where you were in this story. It was important to leave it to the performances, the behaviour, and the feeling of the characters to help guide the audience, and if you’re a little lost for a second, then great. We’re happy to put the audience in the shoes of that confusion. That was a decision we made early on.

We’re used to working in low-budget films and even though the budgets are low, there’s no excuse not to use all the tools in the filmmaker’s tool kit, and that means colour, that means more lighting, and that means composition. Too often filmmakers are, “Well let’s just do it handheld quickly so that we can move on.”

We tried to make the film seem bigger by being deliberate. You don’t have to be big, you just have to be deliberate and smart… hopefully. So we talked about colour and lighting from the beginning and tried to approach it with a deliberate eye for trying to tell the story and getting the emotion across in the most effective ways we could.

I’ve found that it’s often an idea that can draw my interest in a film, for example, the simple premise of a ghost asking a woman to write his memoirs in The Ghost and Mrs. Muir (Mankiewicz, 1947).

Cinema can allow us to realise profound truths about the human experience, and Little Fish touches upon the importance of memory and how it defines our own sense of self and our relationships. Profound ideas do not need to be complex, they can be simple ideas that provoke complicated thoughts and feelings in response.

It felt the right approach for something like this, and that’s why I was drawn to it. I felt I knew exactly how to execute that approach because it was boiled down to just the minute.

I’ve been fascinated with memory as a subject for a very long time, ever since I heard the fact that every time you remember something, you degrade the memory. If two people have a date and one of them thinks about it every year for the next ten years, and the other never thinks about it again, if they were to bring it up again at a reunion, the one who’s never remembered it before will have the much clearer, more accurate version of the events. They will be different and the person who remembers it often will swear that they have the more accurate one, but it’s actually not true.

I thought that was fascinating and I’m a deeply nostalgic person. I work in film and I take a lot of photos. I am a collection of my memories, my films, my photographs, and my music, so that’s what drew me to the movie.

Filmmaker Christoph Behl remarked to me, “You are evolving, and after the film, you are not the same person as you were before.” Do you perceive there to be a transformative aspect to the creative process, and do you think the audience should be transformed by the experience of watching a film?

I think it’s okay to hope for that, but it’s also unrealistic to expect it. There are specific movies that have changed my life. Movies have that power, but it’s specific and unique to each individual, and it’s the circumstances of their life when they encounter your film.

The beautiful thing is they live forever and they can be discovered at any time by anybody. It’s not a goal to assume that this film could change somebody’s life, but it’s certainly possible.

I’m different from the beginning to the end, and the easy answer for this film is that I became a father while making it. So I’m literally a different person at the end than at the beginning.