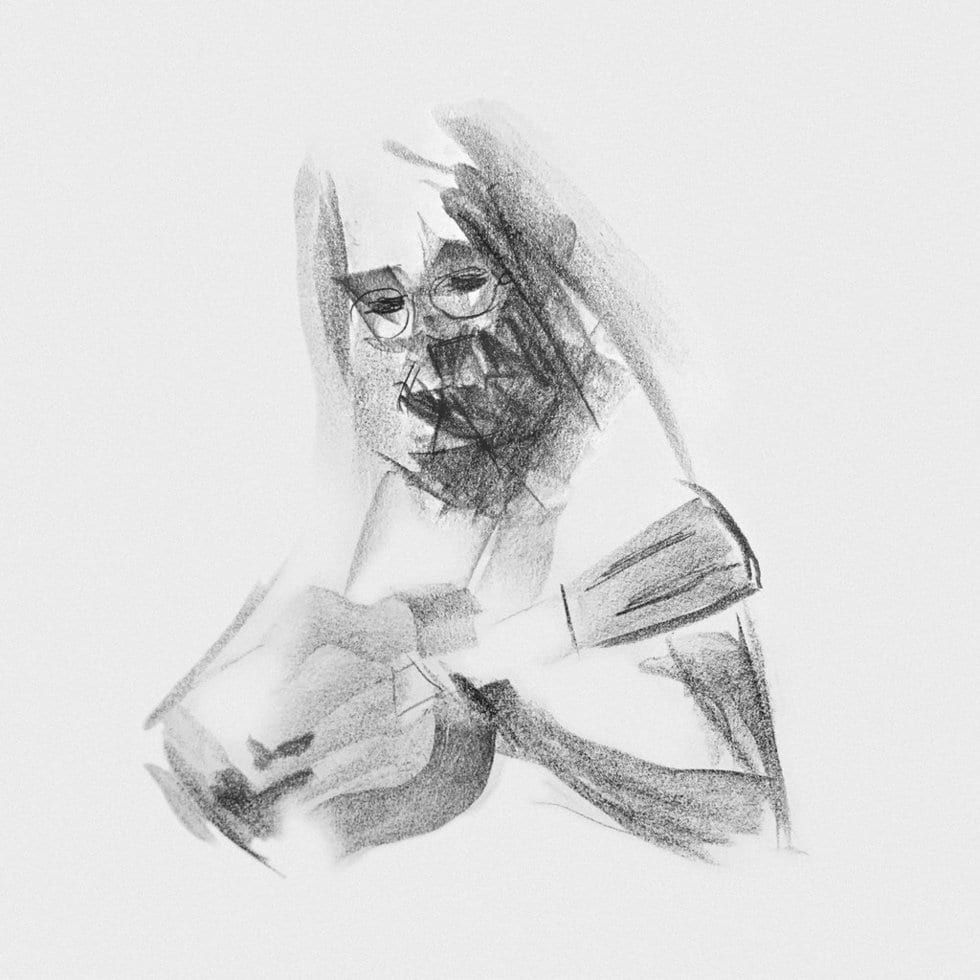 Last year was shaping up to be a good year for Charlie Parr. The Duluth, Minnesota musician had just appeared at the Newport Folk Festival for the first time, and his career profile appeared to be on the rise. Then, in early August, he injured his right shoulder in a skateboarding accident. The injuries were extensive enough that they could have been career-ending. Parr underwent surgery and a period of recovery, returning to the stage a little over a month after his accident.

He also found time to return to the studio to cut the follow-up to his beloved 2017 album, Dog. The new, self-titled record will arrive on 27 September and was recorded at Pachyderm Studio in Canon Falls, Minnesota with longtime collaborator Mikkel Beckmen on percussion, Jeff Mitchell on electric guitar, accordion, organ, backing vocals, Dave Hundrieser on harmonica, and Liz Draper on bass.

The album finds Parr revisiting older material, including fan favorites “Cheap Wine” and “Jubilee” as well as covering songs from two towering figures in Minnesota music: Spider John Koerner and Grant Hart. It’s the latest in a series of consistently great albums from the Minnesotan. The opening “Love Is an Unraveling Bird’s Nest” invites us into a collection that dives headlong into emotional truths. At times, the material feels not as much to have been written but to be unfolding for the first time before our ears. As poetry itself has been called, a spontaneous outpouring of emotion.

Parr is a master storyteller, as he reveals on “On Stealing a Sailboat”, “Mag Wheels”, and “Asa Jones Blues”. One can’t help but come back and marvel at his ability to make us believe that we know each of the characters or that, maybe, there’s some part of them in each of us. There’s a casualness about these tales. There’s none of the faux heroism one sometimes hears in Springsteen and there’s never the sense that Parr doesn’t know these characters personally. You don’t have to have worked in a refinery to sing about it with conviction, but it probably helps if you have. 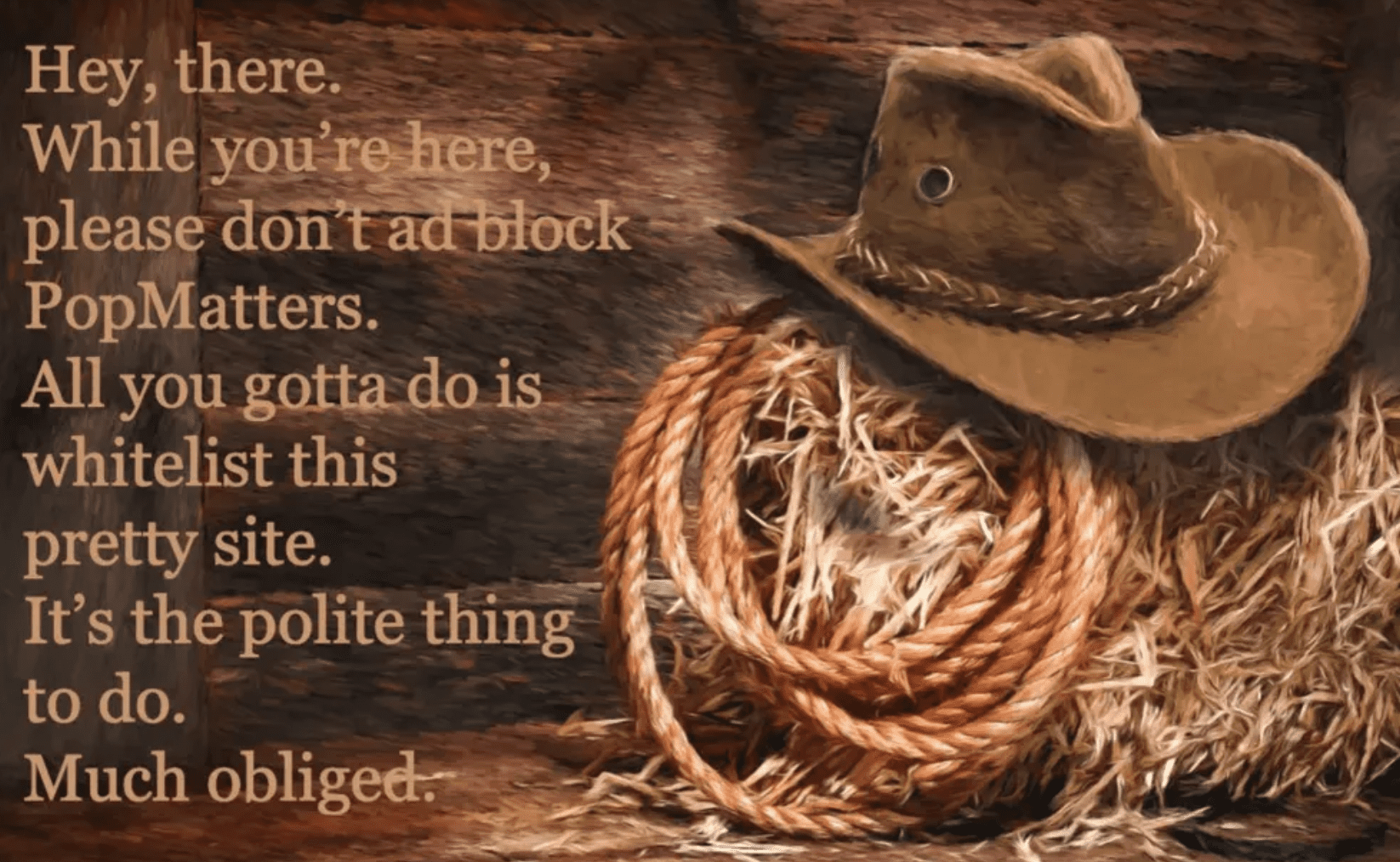 Parr is an example of a performer who never allows his gifts to get in the way of the music. His guitar playing is virtuosic and yet never becomes a distraction from the power of the story he’s weaving before our ears. His voice is a singular one, capable of halting us in our tracks and yet there’s an everyman quality to it that makes it all the more endearing.

Parr recently spoke with PopMatters from a gig stop in Europe about this 2018 accident, his love of both Hüsker Dü and his home state. Parr remains on tour for much of 2019 and dates may be found here.

You had a great summer, professionally, in 2018, then you had this skateboarding accident.

Over the last few years, my daughter and I have been doing some skateboarding. Nothing fancy. But I fell, which isn’t anything new, but I fell in such a way, at such an age, that I destroyed my shoulder. I went through five-and-a-half hours of surgery, a bunch of pins and metal plates. It’ll never really be the same again. But I got off pretty lucky. I can still play the guitar and move my arm around. It wasn’t a welcome occurrence, but it could have been so much worse. If I had hit my head at that velocity, I’d probably not be here. I had to wait seven days before they could do the surgery because my arm was so swollen.

How long after surgery was it before you were able to play again?

I was thinking about playing again the evening that I fell. [Laughs.] It’s hard because that’s all I’ve done. I’ve been obsessed with the guitar since I was eight. Guitar has been my savior and my condemner all my life. My habit has always been to get up in the morning and play the guitar. The morning after I broke my shoulder, I woke up and could not play. I started thinking about the last time I went a day without playing the guitar. I honestly could not remember when that day was.

I got depressed. I thought about what I would do if I wasn’t able to play again. As soon as I could, without excruciating pain, I pulled out my guitar and played it lap style. I think that actually helped the healing process because I was moving my fingers. That was about two-and-a-half weeks after the accident. That may have been too fast. I played a show six weeks after and it was so painful.

I was surprised that I wasn’t more frustrated. This lifestyle has made me feel that I’m not doing a good job in other parts of my life, parenting, for example. It’s taken my marriage, destroyed that. But I didn’t want it to do that with my relationship with my kids, so I’ve always had this policy that when I’m home, and my kids want my attention, I put down everything I’m doing and give that to them.

The day of my accident, I had spent most of the day bicycling around town with my daughter. Things were winding down in the evening, but we had had so much fun all day that when she said, “Do you want to pop out to the Lakewalk and ride for a few minutes?” I said, “Hell yeah. Of course, I do.” It was the purest reason I could have had. I told her that too. If she asked me to go now, I would. I don’t have any regrets.

It doesn’t feel that notable to me. I guess, I could see writing about it in its essence. I can’t see doing that in a factual way. What I’m more interested in is the weird reaction I got in the emergency room. The nurse made some comment about how I should act my age. What does that mean? Is there a way you can’t act when you’re 52 than you can at any other age? My mother’s 92, and she understood what I was doing.

It had to feel good to see a bunch of dates build up and for you to go out and play them relatively pain-free.

I’m pain-free. It’s been great. I’m grateful for the gigs but also just for the ability to play. If I never got to perform another day in my life and just got to perform in the kitchen, that would be OK.

You re-recorded “Jubilee” and “Cheap Wine” for this new album. What made you want to re-do those songs at this point?

Those songs never felt finished. They still don’t. There are certain songs I feel like I wrote and then they’re done. Then I don’t play them again because I’ve lost interest. These are the songs that I always feel I can make a little better.

You covered Grant Hart’s “2541” which is one of my all-time favorite songs. Did you have any sort of relationship with Grant?

I met him but not much more. When I moved to Minneapolis in the ’80s, Hüsker Dü was my favorite rock band, and I got to see them quite a bit. When they broke up, and Grant’s 2541 EP came out, it was the soundtrack to an entire year for me. It’s an amazingly understated song. As much as I loved it, I never played it.

My friend Mikkel, who plays percussion with me, also loves that song. I was sound-checking with the chords a few years ago, and he said, “Oh! We should play that!” I loved playing it so much that we decided to record it. After Grant’s passing, it seemed appropriate to do that as a way of saying thanks for his having brought joy to a lot of people, including myself.

Because I’m such a fan of Hüsker Dü, I had to seek out the 2541 house on an early trip to Minneapolis. Amazingly, it’s just a few blocks from where Bob and Tommy Stinson of the Replacements lived and near the CC Club, which was a center for those guys.

In the ’80s you could go to the CC Club and find members of the Replacements and Hüsker scattered throughout the bar. The jukebox was epic.

You also recorded a Spider John Koerner tune for this record.

I see John a lot lately. I got to play at his birthday celebration this year. Tony Glover, the harmonica player from Koerner, Ray & Glover, died. I was honored to play at his memorial service and saw John there. John is my guitar hero. When I first came to the cities, I was seeing Hüsker Dü but was playing folk and blues with guys like Mike Nicolai. Mike was the one who said, “You’ve got to go down to the Viking and see Spider John play.”

I had no idea how it had escaped my notice that there was a player that great in my state. I’ve never heard anyone play quite like he does or someone who interprets folk songs quite like he does. I was immediately blown away and became a follower. I’ve never tried to cop his licks. I’ve just appreciated what he does. Very grateful to be an acquaintance of his.

There’s a really vibrant music scene in Duluth. There’s as much variety as in the Twin Cities. People come out. They support the music. At the time I was coming up, there was a vibrant music scene in Austin, Minnesota. I didn’t know not to take it for granted, where I grew up. Now that I travel around, I see communities that don’t have that. I appreciate it a lot more.

You came from a small city in Minnesota, and now you tour Europe and are well received there. That has to be incredible.

I never thought I’d be doing anything like this. I just wanted to play when I started. That’s still all I really want to do. I reached my initial goal so long ago, and here I am with all this extra. It’s amazing. I have imposter syndrome. I’m pretty sure that any moment someone’s going to walk in and say, “You know what? We’ve got the wrong guy. You need to go home.”