It’s hard times all over Planet Earth with the current pandemic health crisis, but music remains a potentially uplifting antidote even during the worst of circumstances. Circles Around the Sun are all too familiar with the task of turning heartbreak and spiritual adversity into inspiration after 2019 took a dark turn for the band. Their new self-titled album serves as a welcome sonic elixir from the distressing realities of 2020.

It’s actually the instrumental band’s third album and sadly the last to feature founder/guitarist Neal Casal, who shocked the music world last August when he took his own life. Casal left instructions that he wished for the band to carry on without him, though, and so they have. The remaining band members fulfilled the fall tour dates they had in October, finished the new album, and are surely eager to hit the road again when the pandemic crisis ends since it wiped out their spring tour.

Keyboardist Adam MacDougall, bassist Dan Horne, and drummer Mark Levy have developed formidable chemistry jamming out on Circles Around the Sun’s psychedelia-tinged dance-friendly grooves, and so it would have been a shame if the band had fallen apart. They first brought in ace jam-rock guitarist Eric Krasno for their October dates (including a most uplifting show at The Chapel in San Francisco), and now have pulled another ace from up their sleeve with Scott Metzger from Joe Russo’s Almost Dead stepping into the guitar role. But the new album showcases Casal’s guitar parts exclusively, with all the tracks having been recorded at engineer Jim Scott’s Southern California studio just a week before the guitarist’s tragic suicide.

“The music is incredibly cathartic, and it’s beautiful to get to keep playing it. He’s with us all the time in spirit. And especially when we’re up there on stage playing the music. Hopefully it’s cathartic for the listener too,” Levy said of honoring Casal’s spirit in a recent interview.

“We love this music. The three of us—Dan, Mark, and myself—we really love it and really don’t want to stop playing it,” MacDougall adds in a press release for the album. “I don’t want our decision to come off in any other way than based on the fact we really, really love this band so much. We would always sit around and talk about the dream: the feeling of what it was like to be a teenager and start your own band. It’s your band, with everyone pulling their own weight, doing their part. This band felt like being in high school again.”

The new album’s opening track, “Baby Man”, features an upbeat groove with trippy tones from MacDougall powering the song’s melodic direction. Horne’s bass leads a shift halfway through when he picks up the groove, with Levy following along to take the song to the next level. That is how it often works for the band in the live setting, with Horne and Levy having become one of the jam-rock scene’s most dynamic rhythm sections over the past four years. With a super cool video that feels like it was conjured from a dream after the band watched a double feature of 1997’s Boogie Nights and 1981’s Heavy Metal, it’s clear that Circles Around the Sun are still having a good time with this music.

MacDougall has become the de facto band leader now, as is only natural since he and Casal played together for the past decade in the Chris Robinson Brotherhood before forming Circles Around the Sun as a side project in 2015. Casal had been tasked to create music for the set breaks of the “Fare Thee Well” stadium shows from the surviving members of the Grateful Dead to celebrate the band’s 50th anniversary. That music was so well received that demand was subsequently generated for the project to evolve into a touring rock ‘n’ roll band.

The spacey organ and synth sounds lead the way again on “You Got to Start Somewhere”, creating a sonic landscape that recalls Pink Floyd as much as or more than the Grateful Dead. Generating truly Floydish ambience is easier said than done, highlighting the savvy skills of these accomplished tone scientists. The trippy psychedelia continues on “Leaving (Rouge Lemon)”, with a major key modality that conjures a pleasant reverie over a mid-tempo exploration. The extended jam feels like it could fit for either a walk through the park on a sunny day or a late-night trip through the light fantastic, perfect for the pondering of existential ponderings.

“‘Leaving (Rogue Lemon)’ is a story about a lemon that fell too far from the tree. It realized there was more to life than just being squeezed. It was tired of just making things sour, so it created its own path,” Horne explains in a press release for the new album. “But then after many wild adventures and tribulations, it began to think, ‘Am I even a lemon? Was that tree even the tree from which I was grown? Maybe I was just dropped from the sky by a bird and fell through that lemon tree onto the ground, and that’s why I rolled so much farther than the others?’ The Rogue Lemon asks us to question if the cycle of life is really a cycle, or is it a spiral?”

Levy and Horne push the tempo on “Detroit Dos” as the band explores a more energetic groove. The guitars seem fairly basic here (perhaps not quite finished), but this leaves space for the wizardly MacDougall to weave an array of his patented sonic spells in the higher frequencies. Then he opens a cosmic wormhole to another dimension to lead a soaring journey through hyperspace.

“Landline Memories” ascends to the interstellar spaceways as well, with a joyous progression where the quartet gels on an infectious groove that is sure to get dance floors moving across the solar system. Here the guitar melodies feel more fully formed, with Casal delivering strong melodic leads while MacDougall dabbles in some Caribbean vibes that could make listeners salivate for rum drinks.

The band dip into a retro-futuristic lounge vibe on “Pete Jive”, with space-funk psychedelia that sounds like it could be coming from a bar where the Mandalorian goes on a night off from bounty hunting to chill out and kick back a couple of Pan Galactic Gargle Blasters. “Money Is No Option” closes the album by cranking the energy back up with an early ’70s “Soul Train” funk vibe that could conjure a Friday night dance party at the Mos Eisley Cantina.

The multi-dimensional catharsis will surely be tangible the next time Circles Around the Sun hits the stage, and the repertoire will be deeper as well thanks to the new album. 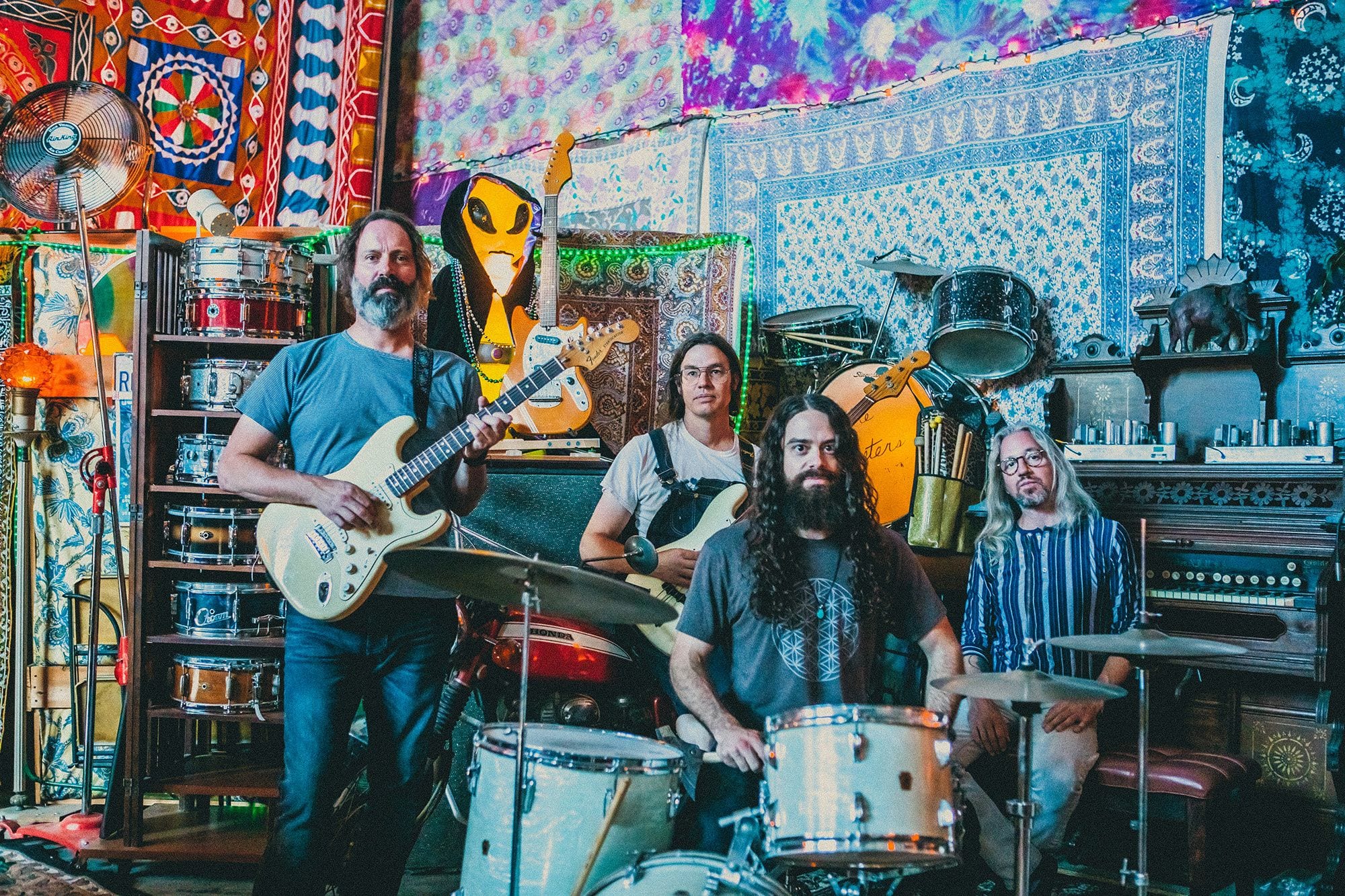