Klinger: Well, Mendelsohn, this marks the third double album in a row here at Counterbalance. Once again, the rockist’s love for the grandiose statement carries the day. Are you feeling fatigued? Aggravated? A little too eager to drop the word “sprawling” into the mix?

Mendelsohn: There are so many different ways I could go with this, but for right now, I’m going to stay on topic: I’m sick of the double-disc. Also, “sprawl” is a great vocabulary choice. I’m going to use it in a sentence. The Clash’s London Calling is an epic, sprawling disc that will leave you sprawled out on the floor as your mind tries to wrap itself around the sprawl of genres this British band touches on in an hour plus. That last use of “sprawl” might be a bit questionable, but I challenge you to use it in one sentence three times.

My problem with double albums is that they go on too long. While my writing may not always reflect the following statement, I’m a firm believer that if you can say something in three words, there is no reason to write an entire paragraph. I think the same thing applies to music. If you had sent London Calling to the chopping block and came back with a solid 40-minute record, would it be any less great?

Klinger: Sure, you could make a brilliant 40-minute album out of the tracks on London Calling. But then it wouldn’t be London Calling. I’d be hard-pressed to find a wasted moment on the album.

Would The Godfather have been better without that whole bit where Michael goes to Sicily? I reckon it depends on what you’re trying to do. If you’re looking to get from Point A to Point B, then you need to keep the plot moving. But at their best, double albums can be as much about the journey as the destination.

Mendelsohn: I think there is a fundamental difference between trimming a few tracks from London Calling and cutting a large part of the story arc out of one of the best movies ever made. But then, the relationship I have with The Godfather is much deeper than my relationship with London Calling. I think we may have reached an impasse, in which case I will simply change the subject and blame the Clash for the mid-1990s resurgence of horrible ska music. And I should know because I listened to a lot of bad ska bands in my younger days.

Klinger: Yeah, I thought that Godfather thing might get your goat, but I stand by my point. The generation of mooks who hang Godfather posters up in their dorm rooms right next to Scarface and the Swedish Bikini Team is looking for forward plot movement and general badassery. I’m sure they think of the Sicily scenes as a chance to pee and grab another Bud Light. You can make London Calling (or Exile on Main St or the “White Album”) into a non-stop hit machine, but in the end you’re missing out. 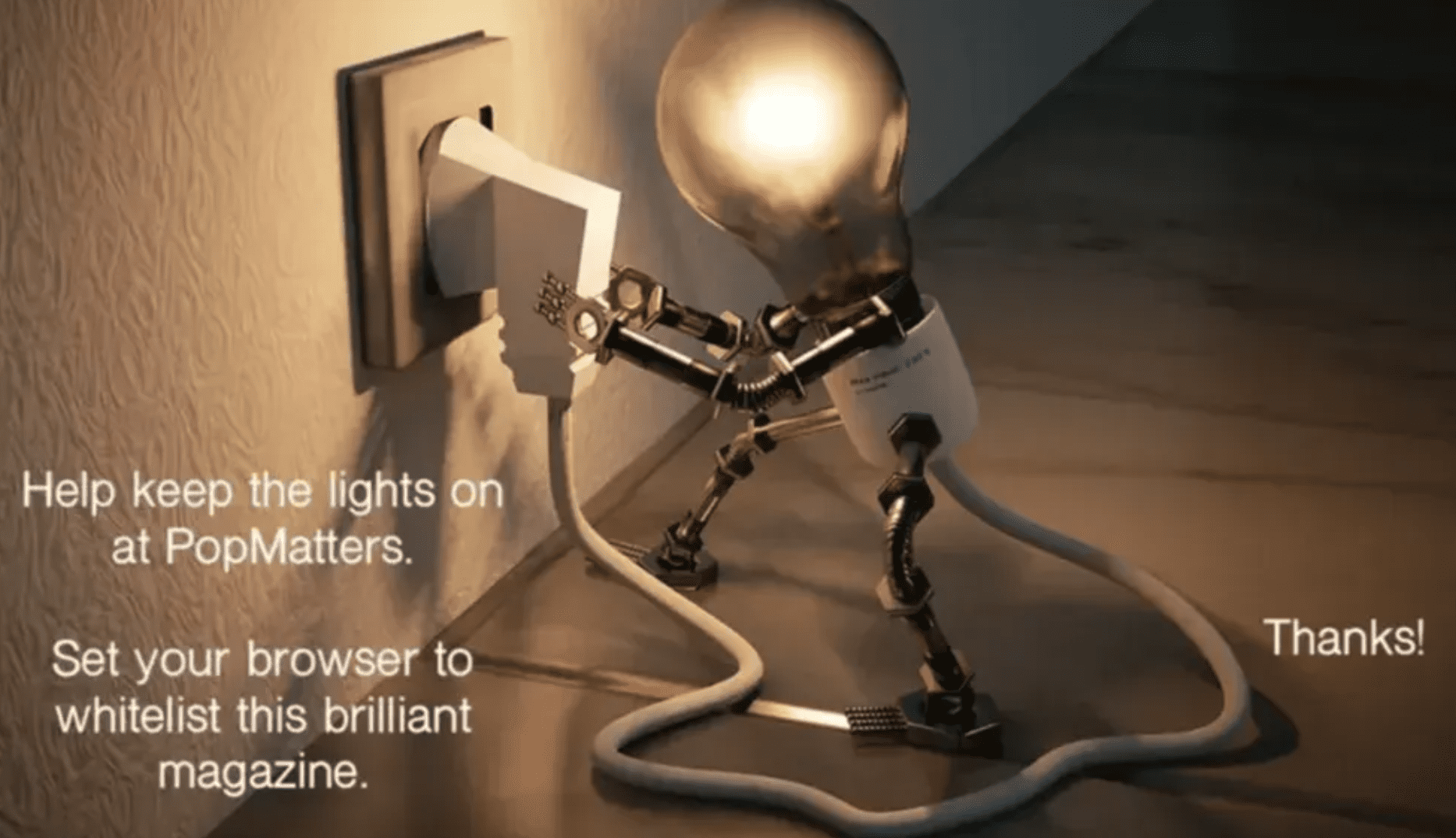 And blaming Reel Big Fish on the Clash is like blaming Led Zeppelin for Warrant. I think someone’s looking for reasons not to accept London Calling as one of the greatest albums of all time (in fact, depending on my mood, I’m tempted to call it the greatest). Why, Mendelsohn, why?

Mendelsohn: I am trying as hard as I can to find a reason to dislike London Calling. Here’s why:

“Klinger: London Calling is a great album. Maybe the greatest of all time.””Mendelsohn: I concur. Truly stupendous in my book.”
“Klinger: Yes. Uh . . . now what?”
“Mendelsohn: Let’s go get a taco.”

That’s why, Klinger, that’s why. I have nothing but time to kill today, and if I just agreed with you, I’d spend the rest of the afternoon eating tacos, which I would end up regretting tomorrow. And I can blame the Clash for Reel Big Fish (among others) because greatness usually inspires sub-par imitation. And if I can’t blame the Clash for Reel Big Fish, who can I blame? Who?

Klinger: You mean to tell me that we could be eating tacos right now if you weren’t so hell-bent on being a contrarian? Jeez.

I see your point anyway, although I prefer to blame Madness for that third-wave ska nonsense. But now that we’ve gotten past the initial awkwardness of basically agreeing, I think it’s important to take a look under the hood of this thing and see just why it works so well. After all, this marks a great leap forward for the band, whose first two albums only hinted at the breadth of songwriting they’d bring to fruition here.

Mendelsohn: A lot is going on here. A lot-a-lot. It’s almost overwhelming trying to wrap your head around it. Where do you want to start? The genre-bending blend of rock? The stellar lyrical content? The fact that it goes one for more than an hour and spans two discs? Oh, wait, we already talked about that.

Klinger: How about the way it basically signaled the death knell for punk in its earliest form? The same group who had been so bored with the USA and calling for an end to the Elvis-centric view of rock ‘n’ roll were now embracing rock heritage—or at least the things that made it cool in 1979. They started touring with Bo Diddley and Lee Dorsey, and the Clash’s love affair with rootsy sounds had a huge impact on their music. I was but a mere lad of 11 when this album came out, but the standard-issue UK punk sound must have seemed a bit pedestrian all of a sudden, and it wasn’t like Sham 69 was going to all of a sudden up their game.

Not to put too much on a single album—there were probably a lot of signals that this schism was about to occur—but it seems to me that this marks the period where you were either going to get a bigger picture or move toward the more dogmatic sound of hardcore. History’s been a lot kinder to the widescreen approach of the Clash.

Mendelsohn: So, by my fuzzy math, punk only got two years? The Sex Pistols released Never Mind the Bollocks, Here are the Sex Pistols (which, coincidentally, is next on the list—much to my chagrin) in 1977 to break the movement across the mainstream consciousness. Then in 1979, the Clash killed punk by showing the jaded, mohawked geezers that there was more to music—like knowing how to play your instruments, being able to string together a melody, and having enough of a grasp of the English language to write some meaningful lyrics. Does that make sense? Oi?

And while Sham 69 didn’t bother to up their game, they are still touring.

Klinger: And more power to them, really. I have nothing against them. “Borstal Breakout”—good tune. But punk is/was like any movement—it was bound to splinter eventually. Given its already volatile nature and the fact that punks were mostly bratty teenagers and grown men who acted like bratty teenagers, it was going to happen pretty quickly. The Clash took a lot of guff almost from the beginning when they signed to CBS. And for all their talk in “Death or Glory” about keepin’ it real, they bought into the rock star mythos in a pretty big way. Mick Jones played it for all it was worth (and now resembles a Dickensian mortician, possibly as a result), while Joe Strummer recognized its power as a bully pulpit. But in “selling out”, they very nearly beat the machine at its own game.

Mendelsohn: It’s pretty hard not to sell out in the music business, especially when you attain your goal of playing music for a living. Music fans, mostly those in the underground, feel a personal connection with their favorite bands and think mass attention is an affront to themselves and the band they “helped” create. Achieving any measure of success will be ultimately be viewed by some as “selling out”, even if the musicians are barely making a livable wage. I think I remember Green Day complaining about this same situation. Unfortunately, selling out didn’t hamper their popularity in the slightest.

Klinger: Well, that’s kind of the point of selling out, isn’t it? Sacrificing the cred you have with a bunch of geeks who were probably going to throw you over anyway so that you can have the fleeting adoration of a bunch of rubes and sorority sisters who’ll still end up throwing you over. Still, in the process, you get a really nice house.

At any rate, history is still written by the winners, which is why the Clashes of the world end up in the Rock and Roll Hall of fame, and the Sham 69s end up arguing over who ate the last fish stick.

This article was originally published on 12 November 2010.