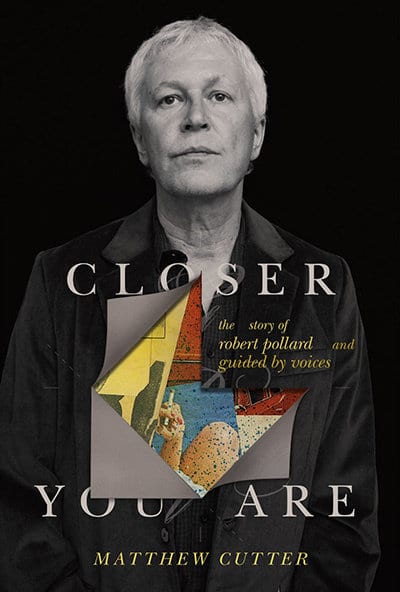 Closer You Are: The Story of Robert Pollard and Guided By Voices
Matthew Cutter
Da Capo Press

There can be few more daunting tasks in chronicling the history of popular music than grappling with the enormous output of the many and various guises of Robert Pollard. An online database details his involvement in a shade under 2,400 songs recorded, written or performed in 35 bands or projects since 1987. That’s a heck of a work ethic Imagine you’ve got the job of writing his biography. Where do you start?

Matthew Cutter’s Closer You Are does a great job in making the unlikely success story of an elementary school teacher who accidentally becomes the first lo-fi icon an engaging read, even for non-devotees. It’s the classic Hollywood tale of the rookie kid from the chorus (or in this case, the late 30’s misfit with a penchant for Budweiser) rising from obscurity by overcoming obstacles with dogged persistency. It’s almost Funny Girl (Wyler, 1968) for Generation X.

Cutter makes a virtue of Pollard’s ordinariness. A native of uber-non-glamourous Dayton, Ohio, he washed dishes for pocket money, went to college, played in garage bands and eventually ended up as a teacher in a small town school. So far, so what? Fortunately, the writer has a real flair for finding vignettes which have a real resonance in Pollard’s later life. A great example is the horrified reaction of Pollards parents to him smashing a mantis with a plastic toy hammer. Cutter writes “He (Pollard) didn’t feel particularly bad about what he’d done, but he noted the reaction he’d garnered just by ignoring expectations.” Pollard seems to have made a career out of ignoring expectations.

The story really begins where by rights, it should have ended. Following the time-worn path of miming to Monkees tunes in front of his schoolmates, leading to a teenage devotion to Kiss, Pollard ends up in the inevitable bar band. He releases a handful of albums which achieve local notoriety and national obscurity, which is where our hero should straighten up and fly right. Instead, he throws himself headfirst into a career which continues to unfold over 30 years after his first, vanity produced record. Cutter digs deep here and manages to make drunken high jinks by local musicians, prolonging their teenage years, sound interesting at the very least. He even unearths a revelation or two. The reader may be surprised to learn that to Guided By Voices, who always looked as if they all got dressed in the dark, image was incredibly important. “First and foremost, we had to fucking look good,” quotes the author, “because we weren’t good.” One of the Ten Commandments of rock ‘n’ roll, right there and very succinctly put. 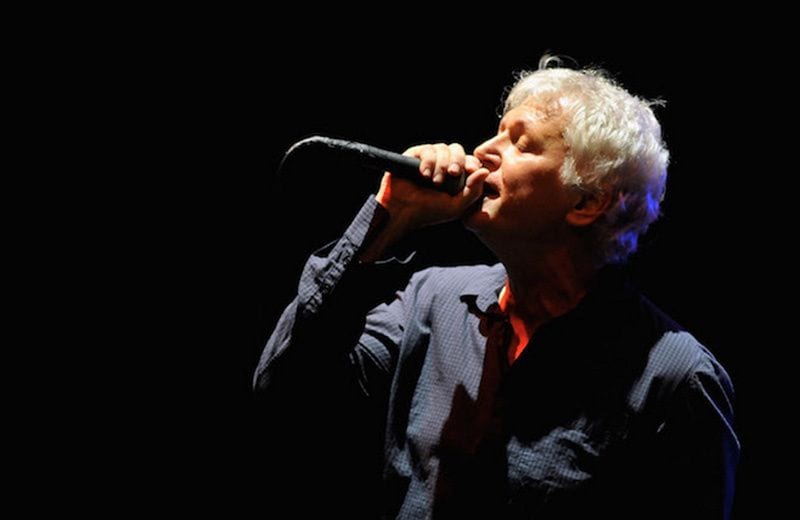 You don’t have to be a Pollard aficionado to enjoy this book, but you certainly need stamina. Because of the enormous breadth of his output and the almost bewildering cavalcade of bands, solo projects, short lived collaborations and jokey pseudonyms, the reader will need all their wits about them. Cutter does his best to catalogue all of them, but the ever-changing roster of band members and record labels could lead to some head scratching and backtracking by the reader. One of those Pete Frame-styled “Rock Family Tree” diagrams on Guided by Voices would have to be the size of an Olympic swimming pool. Notes in the margins may help you.

Cutter doesn’t let his admiration of the subject get in the way of telling the truth. It may not be “warts ‘n all”, but it’s certainly an unvarnished story and Pollards erratic behaviour — tantrums, drunken boorishness and his habit of firing band members on a whim — are all front and centre here. Pollard however, isn’t painted as some Jim Morrison styled bad boy of rock ‘n’ roll, but as an ordinary man from an ordinary background, dealing with extra-ordinary things.

This is an exhaustive book. Cutter has interviewed every significant character in Pollard’s life and fact checked himself into a frenzy. If you put all the 7″ singles, albums, cassettes and CDs he had to listen to when he was writing this, they’d weigh more than a Buick full of college students. For that alone, he should be praised. The fact that he makes it less than a tiresome chore, is admirable.

After reading Closer You Are, I found myself trawling the internet for Guided by Voices performances and came across a show recorded in Oslo in 2011. Onstage, five doughy, middle-aged men who look like mechanics (except for the bassist who looks like a member of the Turtles) rip through an immense back catalogue with energy and enthusiasm. Or, as Cutters last words in the book state:

“Pop quiz: What, if anything, have we learned? Answer: Rock ‘n’ roll will never die”.

We can rest assured that rock ‘n’ roll is in pretty good hands. The custodian may have been drinking since lunchtime and tetchy due to nicotine withdrawal, but he loves his work and he’s good at it. And that’s the moral of Closer You Are.