Olivier Assayas is a celebrated filmmaker whose intuitively structured dramas include Irma Vep (1996), Clouds of Sils Maria (2016) and Personal Shopper (2017). Criterion has gone back to 1994 for a pivotal work in his catalogue previously unavailable and largely unseen outside of France. Cold Water (or L’eau froide) is a film that, like its title, metamorphoses before our eyes into a torrential rush and flash of light and shadow. I must confess I was losing patience with the film until its transformation seduced me.

The first half hour masquerades as a realistic drama, shot intimately in handheld style. The story is about an angry teen boy and girl and the grown-ups who Just Don’t Understand. To cut the adults some slack, the kids are pretty dumb. They do everything possible to create problems for themselves, while the adults aren’t caricatured but depicted with points of view that have weight, sympathy, and experience. In an extra on this Criterion Blu-ray, Assayas says he was being autobiographical and remembering conversations with his father. That is, he wrote from the perspective of one who remembered the boy and was now the age of the father. To quote Judy Collins and Joan Baez, he’d looked at life from both sides now.

The boy is Gilles (Cyprien Fouquet), and he’s introduced having a conversation with his Hungarian grandmother (Ilona Györi) in which the latter recalls the Nazis fleeing before the Russian army, and how the Hungarians were terrified of the Russians. The boy wants to know why. “How can I explain?” she says, as she paces her kitchen and states obliquely that the army was full of soldiers from the Caucasus and Mongolians. “Savages,” she says, tears rolling down her cheeks. 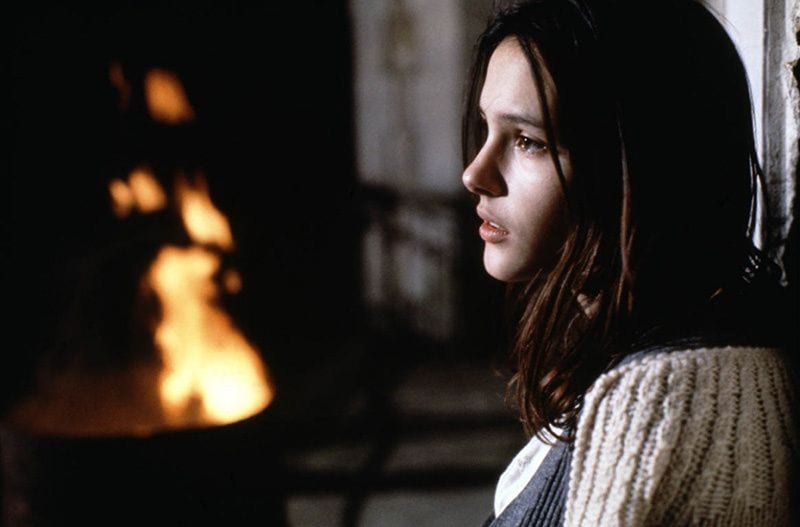 This moment detonates landmines of coincidence and memory in your reviewer for cultural and personal reasons. Culturally, I’d just finished Vladimir Nabokov’s memoir Speak, Memory, in which Chapter 15 recalls a park in Germany before the war populated by “remarkably comely but poorly groomed girls, destined to bear a few years later — early in 1946, to be exact — a sudden crop of infants with Turkic or Mongol blood in their innocent veins.”

My Russian mother, who’d lived through the war in Chinese territory (occupied by Japan), had told me about what happened to these young women years ago, saying the Russian army was notorious for rape and pillage and that she herself escaped such treatment only because she was Russian. Unlike the Hungarian grandmother or Nabokov, she didn’t displace such behavior onto ethnic subcultures.

Such glimmers explain a moment of angry apologia delivered by the hero of Mikhail Chiaureli’s 1950 epic The Fall of Berlin, a Stalinist propaganda film, in which he blusters that after what Russia has suffered, he “won’t be responsible” for his actions when he gets to Germany. He speaks in coded and subtle terms for a home audience all too aware of its own traumas and proclivities. As with the behavior of Japanese soldiers in Iris Chang’s 1997 book The Rape of Nanking, this is an aspect of the war still not sufficiently discussed and only to be heard about through whispers in corners.

Cold Water isn’t about this topic, either. It’s about Assayas navigating the well of his own adolescent memories, which include Hungarian ancestry and, as cinematographer Denis Lenoir states in his interview, memories of a Hungarian woman who helped raise Assayas. The scene introduces a note on the world’s savagery, specifically the savagery of grown-ups who assume authority over teens and tell them what’s best for them.

The film’s first half consists almost entirely of arguments between generations after an incident where Gilles shoplifts some records and his would-be girlfriend Christine (Virginie Ledoyen) gets caught by cops. This situation rapidly escalates or degenerates into her being committed to some kind of hospital for troubled youth from which she escapes to a party of her peers in an abandoned house, where she makes utopic plans with Gilles. Before that party, a magnificent and delirious set-piece that occupies half the film’s running time, the “action” is mostly confrontational blather. 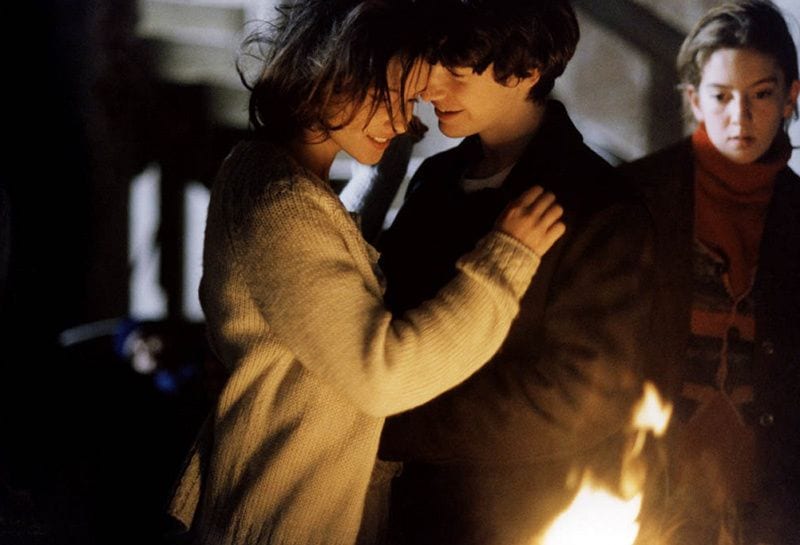 As stated, the substance of these arguments tends to shed light on the adults — Gilles’ weary and divorced father (László Szabó); an equally weary police inspector (Jean-Pierre Darroussin); Christine’s angry and divorced shopkeeper father (Jackie Berroyer); her Scientologist mother (Dominique Faysse), who explains that she too is angry with the world telling her what to do; and the mother’s frustrated Muslim Scientologist (!) boyfriend (Smaïl Mekki). The last character signifies France’s colonial history in Algeria, still a fresh memory at the time of the film’s setting.

There have been parallel strifes in many films, of course, though I’m especially reminded of the great American trilogy about the Generation Gap, and I may be the only one who perceives them as a trilogy: Nicholas Ray’s Rebel Without a Cause (1955), Delmer Daves’ A Summer Place (1959) and Elia Kazan’s Splendor in the Grass (1961). All three movies present the parents as neurotic, while only the second film posits the teens, who actually do have sex in that one, as more mature and even-tempered than their parents.

Daves’ A Summer Place is more interested in exploring the neuroses of the parents and almost idealizes the teens, but Assayas isn’t doing that with Cold Water. He shows them not only behaving badly but reacting deliberately in ways calculated to make things worse, as though their “rebelliousness” is the Pavlovian reflex to having parents or simply being in high school, and as though it’s necessary to provoke a crisis in order to exist, because to be put upon is to be validated. As with most adolescent clashes with authority, the problems begin with accidentally being noticed doing something, in some cases intrinsically risky and self-destructive things, while in other cases the risk and destruction comes only from being caught. 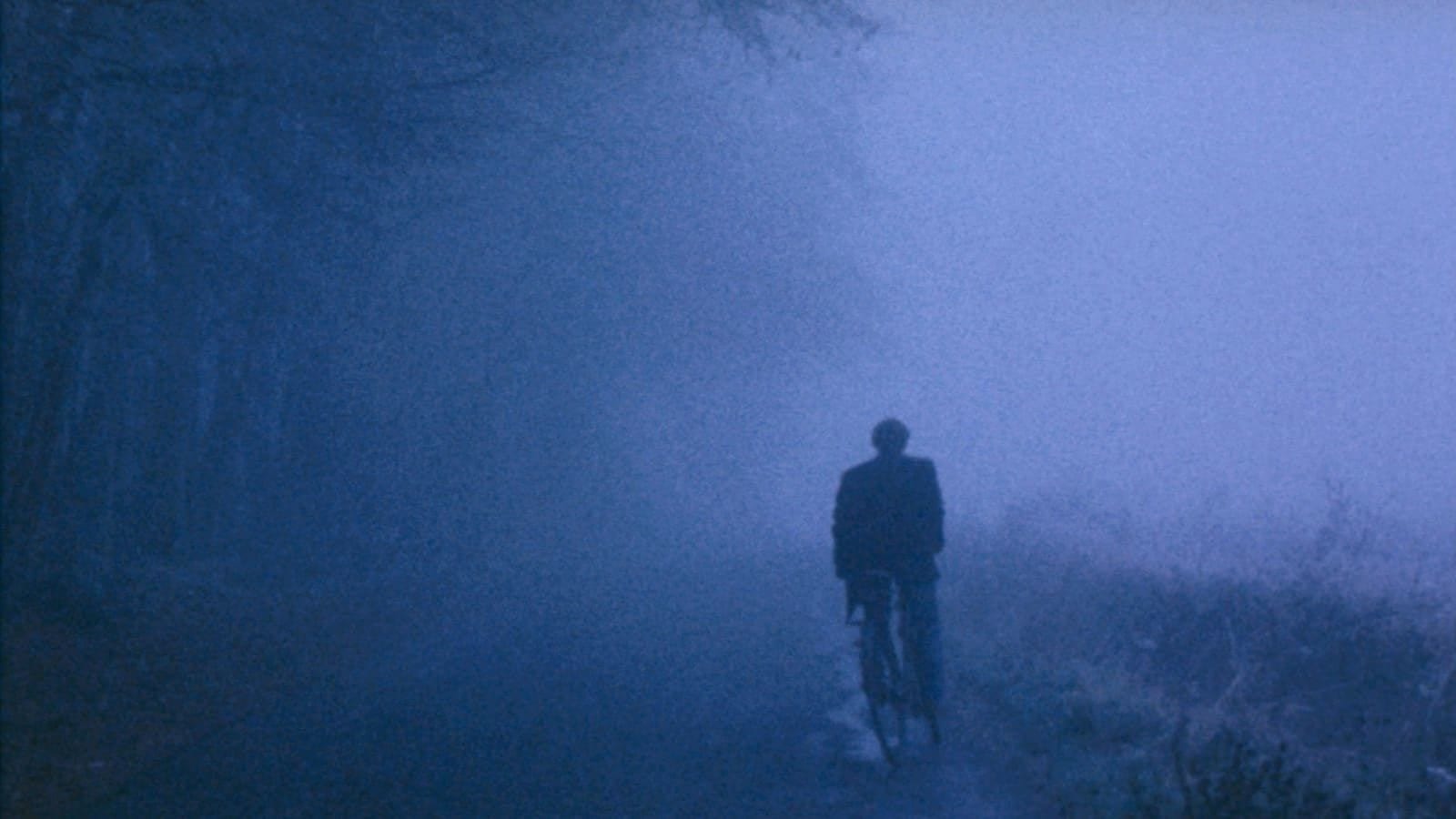 Really, though, the film is about that massive party, a sequence brilliantly orchestrated visually and musically. The kids are playing only English-language rock of the early ’70s, which is how we can date the action. The extent to which we’re hearing songs played diegetically on the record player or “needle-dropped” on the soundtrack isn’t clear or important. Sometimes the songs are muffled or fluctuate in accordance with the former, sometimes majestically imposed as though the latter. Shall we say that the “foreign” nature of the music helps the kids identify themselves as a tribe apart, just as Gilles evinces little interest in the French literature in class (the “savage” Rousseau, therefore relevant) but wanders through the rapturously blue-fogged woods declaiming Allen Ginsberg in a bad accent?

Creedence Clearwater Revival, Nico, Leonard Cohen, Bob Dylan, Alice Cooper, Donovan and Uriah Heep all put in aural cameos. Roxy Music is received in an early scene as though beamed in from Mars on a gnostic transistor radio. The most brilliant and pertinent space is reserved for Janis Joplin’s “Me and Bobby McGee”, a restless song from a “misfit” woman whose idyllic yet already ruefully nostalgic vision of travel with a boyfriend infects and foreshadows Christine’s worldview and ambitions. There will indeed be cold water before the movie is through, and perhaps it will be dashed in everyone’s faces.

Lenoir’s handheld photography, in grainy Super-16mm, dominates the film from the opening moments as the conversations and arguments are presented not so much in jittery motion as in continually panning and circling effects, with objects and frames often blocking our view of the speakers. Assayas recounts that he had made three films in traditional style, then tried a handheld approach for a widescreen film that turned out to be exhausting, and for this film discovered the freedom of a light handheld camera that decisively affected his future technique, with its seeming freedom to linger in improvisations or digress into parentheses.

The results, especially in that party, aren’t messy but very busy and lively. Wandering characters are choreographed into and out of the frame as the camera picks up now this one, now that one, in a manner midway between vérité documentaries and Robert Altman’s sense of casualness. We feel a part of the bustling crowd, a witness to activities that happen because we’re there to witness them as our senses catch a whiff of strange aromas and our nerves respond to the rhythms. 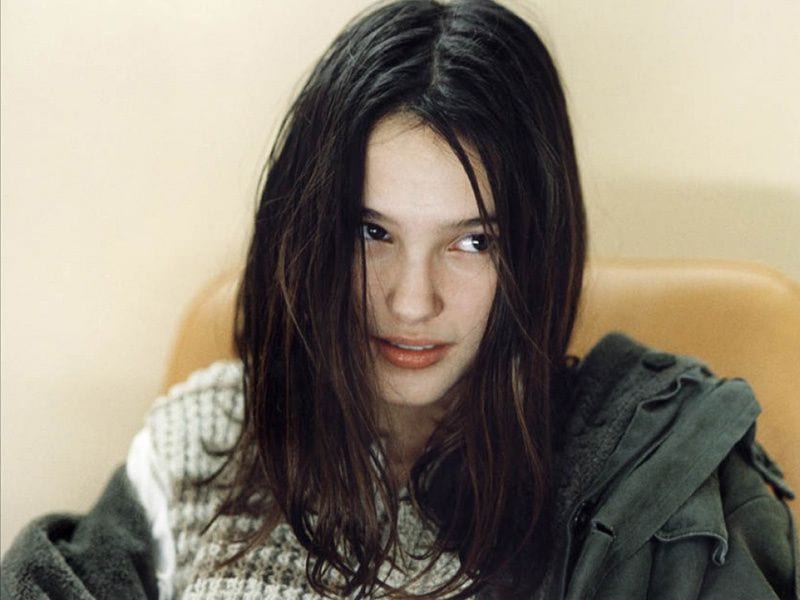 I doubt that Assayas really ran away with a troubled girl who eventually becomes more of an evanescent and teasing symbol of “coming of age” than a real character, which is why it was all the more important for Ledoyen, the only professional actress among the young actors, to project her so magnetically and concretely. Nevertheless, this film works so much as the filmmaker’s autobiographical impulse that he reports how the film has become a screen in his own memories of his life, to the extent that he’s remembering the movie more than reality.

He explains that the project originated in an idea for a series of one-hour TV films in which different directors would make films based on their childhood or teen years. Perhaps ironically for a film with no French music, the putative series borrowed its title from Francoise Hardy’s most famous song, “All the Boys and Girls of My Age”. As explained in the liner notes by Girish Shambu, nine filmmakers were asked to make a one-hour semi-autobiographical film, shot in Super-16 rapidly on a small budget, with heavy use of music and a major party scene.

Assayas says he’s the only one who made this entry, and he did it by creating a feature-length project out of the time and budget usually relegated for merely a one-hour film. The music rights, as you can well imagine, have been an issue, explaining the film’s vanishment. You can see how, substantively, there’s “not much” to the script, and how scenes like the party, which has only limited concrete story material, somehow elaborates itself into a major delirium of several sections.

Assayas states that the experience of shooting the party became its own kind of “happening” in the Sixties sense, an event that, while artificially constructed, became part of the lives of those participating in it. This insight informed his filmmaking practice from then on. As Shambu points out, this practice connects Assayas’ life as a filmmaker with his respect for the philosophy of Guy Debord’s “Situationalism”. Debord believed that all works of art, even those critical or subversive of the status quo, are inevitably co-opted into “the Spectacle” of consumer culture, and that an artist’s way around that dilemma is to construct life itself as art via “Situations”.

All this feels uncannily like what pioneering ethnological filmmaker Jean Rouch, whose films combine documentary with fictions constructed by his subject-colleagues, meant when he asserted that the experience of making films like Moi, un Noir (1959) and The Human Pyramid (1961) was more important and transformative in the lives of his participants than the finished product could be to those who saw it, and the experience of filming itself became more important than having a film. The film itself, while it may be appreciated, is only a document of the experience of making it. Its filming would have remained important to the cast and crew who experienced it as their own collective moment. One of the paradoxes of cinema is that this creative experience must always be worth more than watching it. Or on the other hand, Dear Reader, perhaps my experience of watching the movie is more important than your chance to read a finished review documenting that experience.

Without that style-as-substance, life-as-cinema sequence of deftly mixed emotional highs and lows, from violent hysteria to tenderness to stoned interludes to frenzied alcohol-sodden conflagration, this movie simply wouldn’t exist or be worth watching. But it does, and it is.