These dozen songs mark Lund’s first album of original material in five years and demonstrate his prowess as an interpreter of sometimes seemingly disparate country genres, whether outlaw (“Old Men”, “Dance With Your Spurs On”), insurgent (“Oklahomans”, “Grizzly Bear Blues”), or traditional (“Never Not Had Horses”).

Lund upsets expectations via the lead cut, “90 Seconds of Your Time”, during which he marries soul, funk, and the music central to his native Alberta. “That has a different feel for us,” he says. “I often write a lot of words per square mile. This one is sparse and economical.” As for the lyrical origins, he adds, “It’s about me trying to stop a buddy who is an ex-army ranger from killing a guy who he thought might have stolen his mules.”

It’s dramatic but true. Lund says, “I was on an elk hunting trip with my buddy Evan Felker from Turnpike Troubadours. We were hunting for ten days deep in the mountains, way up in Idaho. We’d ride up from the base camp every day in the morning, park the mules, go up all day, come back and ride home. One night, all the mules, except for one, were gone. We all know how to tie up animals, so the chances of four of them untying themselves were very slim. They didn’t break the leads, so we thought a disgruntled hunter untied them.”

Whether a miraculous turn of events or the work of outside hands, the involved parties decided to find the animals. “For the last three days of the hunt, we were tracking our mules instead of tracking elk. Our buddy, who had been off in the woods, if you know what I mean, mumbled the whole time about how it would be great to find these mules in somebody’s camp and said we could bury [the responsible parties] in the hills. After a day of this, I said to him, ‘I need 90 seconds of your time. I’ve got to make sure that we’re not going to kill anybody because I don’t want to be an accessory to murder in the United States.’ He said, ‘Oh shit. We’ll just shoot them in the legs!’ We found the mules days later. We still don’t know what happened. The song is basically about me trying to hit the pause button and figure out what was going on. That trip was about as rugged a thing as I’ve ever done.”

That same journey gives fans the cover image of the LP, one that Lund shot himself: “I’m not a photographer. The guy on the horse is a friend of ours from Oklahoma. His mare blew up on him. I caught that. It was a fluke, but it summed up the trip.”

Lund recently spoke with PopMatters about this career-defining record and more.

When did you know it was time to make this record?

You get an internal clock. The last couple of records didn’t turn out exactly how I wanted them, so I was determined to make this one special. I wrote more songs and did more rehearsals with the band. I investigated sonics a lot more. I dug pretty deep for it.

What, specifically, did you want to accomplish that you felt like maybe you didn’t hit the last couple of times?

I’d been hearing from different people around me that I should maybe let go of the control a little bit. I tried that. It didn’t work. [Laughs.] I wanted to have a good grasp on the songs. I wanted to make sure that I worked with the band ahead of time to make sure we had them dialed-in.

This does sound very much like a band record.

My guys and I have been together for a long time. You can’t buy that. You can’t get that with studio people. Every record we make has a pretty wide variety of sounds. We’ve dabbled in Western Swing and cowboy ballads and talking blues songs. Sometimes people approach the older styles, like Western Swing or bluegrass, with a certain reverence where they freeze-dry it. I’m not trying to make a museum piece. 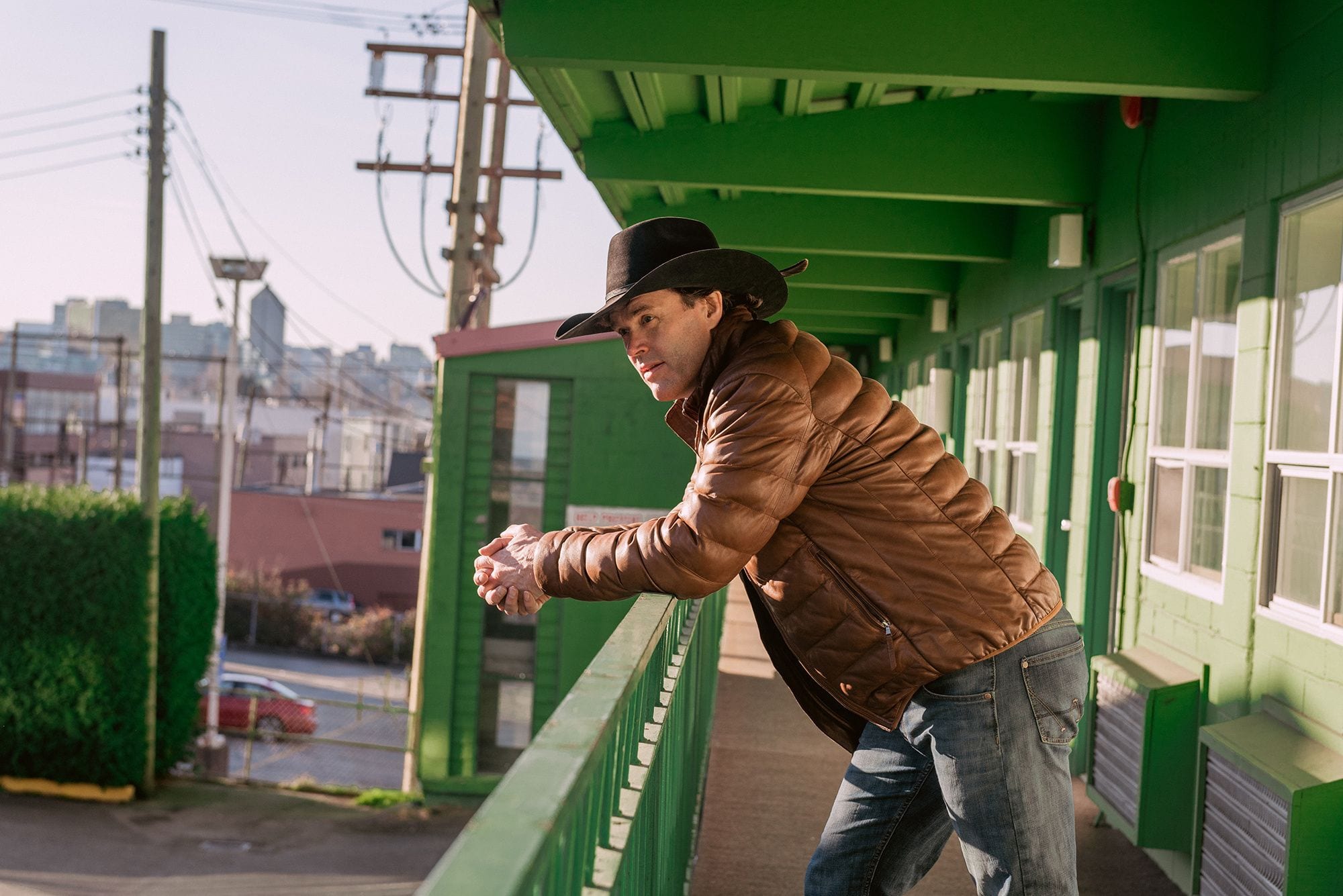 Tell me about the title, Agricultural Tragic.

That’s what I’ve been calling my subgenre for the last few years. We don’t really fit into any of the other subgenres, so I had to invent one. It reflects my rural background and my years in an underground rock band in the city.

There is something about being connected to the natural world: Animals, hay, the landscape. It’s inspiring.

It is. I think the world is in need of that. A lot of my people still live that way. But there are others who are completely out of touch with any of the visceral realities of life, whether it’s where your food comes from, how to change a tire, or how to start a fire. I think those skills and experiences are fundamental to any human being.

Tell me about the production team on this record.

I brought back my dream team producers, the guy that did Cabin Fever, John Evans, and got him to co-produce with Harry Stinson, who did some of the early records.

A return to roots but taking a step forward.

I love those guys. Harry plays with Marty Stuart and is actually a Nashville native, which is rare. He’s got a deep, deep old school country vocabulary. John is more of a rockabilly guy. It’s his job to keep one foot in the ditch all the time.

It was kind of difficult because we had a lot of cooks in the kitchen. It was me, my guitar player, those guys and the engineer, so all the decisions took more time, but it was worth it. Everybody got along.

Yeah, but I’m trying to express myself artistically and describe what’s in the recesses of my own brain. I think regionalism is important. Whatever culture you’re from, I feel like it’s important to embrace it. It becomes universal too. I liked Springsteen as a kid. He was singing about the New Jersey slums and the mob and stuff, which was totally alien to me, but I got it because he’s such a good writer. He makes it about everyone. That’s my goal.

I feel like I know the characters in the songs on this album. “That guy lived down the road from me.”

[Laughs.] That’s good. Our audience is a strange mix. We have half cowboys and ranchers, real ag types, and then maybe half urban people who are Steve Earle or Americana fans. When we’re playing a rodeo in Wyoming, the balance is skewed one way. If we’re playing in New York City, it’s skewed the other way, but even in those urban centers, there’s always a couple of guys who are obviously not from the city. Even in New York state, you can be in the country within a couple of hours. 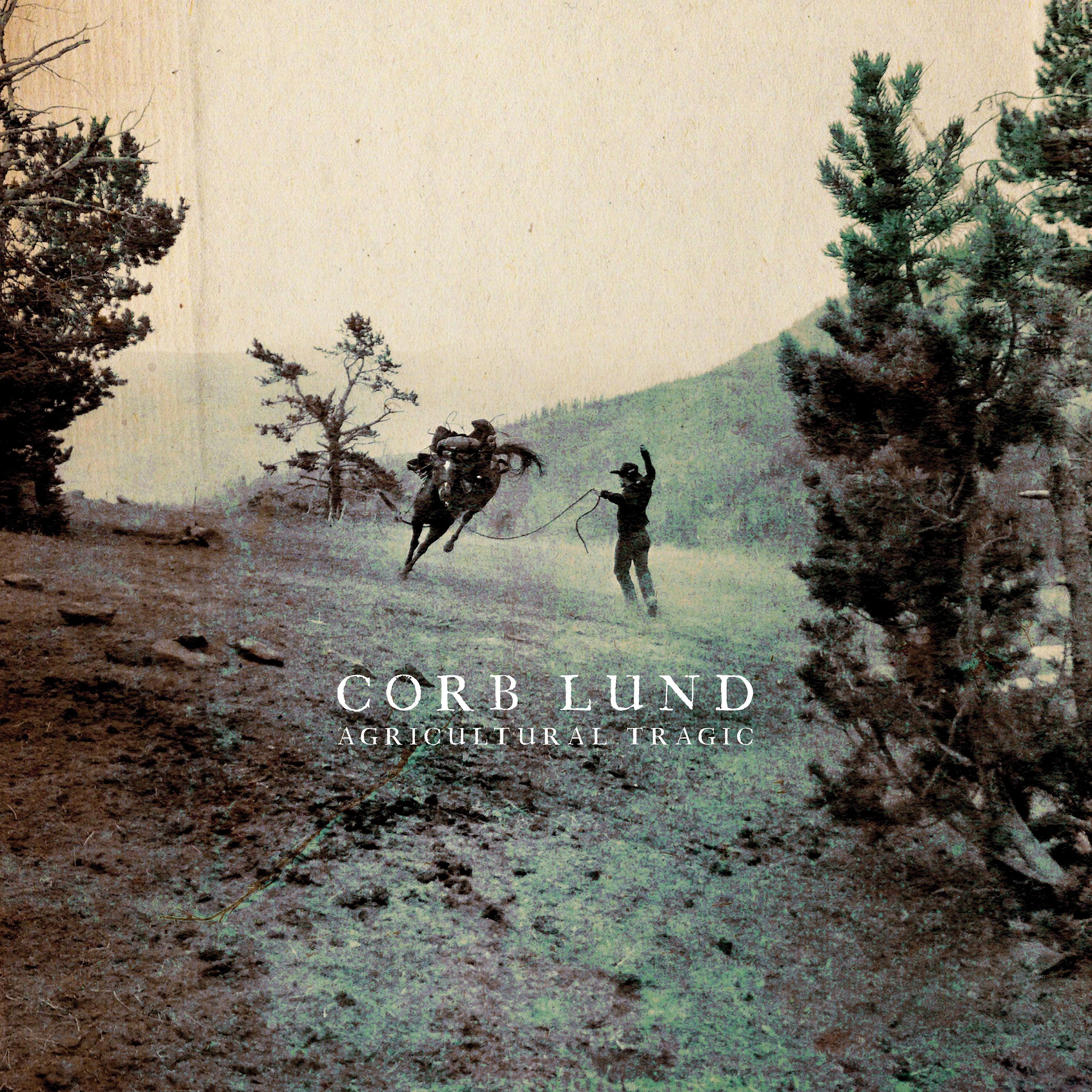 You write about Louis L’Amour on the album. Did you read a lot of him when you were growing up?

It’s good stuff, but it’s not high art. You graduate from Louis L’Amour to Larry McMurtry and then from him to Cormac McCarthy, and you end up with Solzhenitsyn. I remember doing a book report on a Louis L’Amour book called Tucker in grade five.

How did you invite Jaida Dreyer to be on the record with “I Oughta Try Whiskey”?

She has this song called “Horse Poor”, which is a duet between a man and a woman. It’s all about the woman spending all the man’s money on horses. She said, “You’re the only person who could help me finish this.” We got to writing it and then she helped me write “Raining Horses”, which is on the album. She was in the studio cutting “Horse Poor” with me, and I had this other song I’d written on my own. We just needed a singer on it. I was going to try and recruit Dolly Parton or Tanya Tucker. Jaida cut it as a placeholder, a demo. We all loved it, so we kept it.

You close out the album with “Tattoos Blues”. I think it encapsulates a moment where everyone seems to have a tattoo. Do you have any?

I’ve got a couple from the ’90s I could live without probably. [Laughs.] I play the National Cowboy Poetry Gathering in Elko, Nevada every year. I’d never written poetry at all, but I wrote that tune and was figuring out how to best put it to music. On the verses, we tried to make it really dry with no reverb, so it would sound like an NPR-type interview.