Playing San Francisco’s fabled Fillmore is a special occasion for any band. But taking residence for three nights as the Chris Robinson Brotherhood is booked for here in mid-December has become a rare honor, a chance to deliver the type of weekend residency that recalls the hallowed hall’s original glory days when the best bands in rock regularly settled in for such engagements. There’s a buzz in the air on the opening Thursday evening, as the CRB gets set to conclude a cross-country fall tour with a homecoming at the historic venue where the psychedelic rock counterculture was incubated.

“We all need to dream. We all need a little relief. We all need to dance, and we all need poetry. We all need a bit of wonder in our lives, and excitement, and melancholy. We need a way to express all these things, and music is the perfect vehicle. It’s the perfect platform for everything you go through to express itself and find a voice. It is so important. It fulfills a place in our lives that nothing else can really touch,” lead guitarist Neal Casal says in a recent interview with Liveforlivemusic.com, explaining the sense of sacred shamanistic ritual that infuses the spirit of all the bands that have been influenced by the musical movement for spiritual freedom that the Grateful Dead and peers like Jefferson Airplane spearheaded here at the Fillmore in the 1960s.

The CRB has been at the leading edge of the rock ‘n’ roll counterculture in the 21st century’s second decade, serving up that diverse sense of musical wonder that offers a window to a collective higher consciousness where those who dream of peace and harmony can continue to envision a pathway to victory over “the forces of old and evil” that Hunter S. Thompson decried decades ago. Most of the same problems that plagued America in the 1960s remain, but rock ‘n’ roll still provides a voice for those who feel society should offer more than the current race to the bottom.

There’s a sense of spiritual liberation upon entering the Fillmore and seeing the CRB’s giant freak flag version of the star-spangled banner backdropping the stage. Rolling Stone has described the band’s vibe as “good-time music on an end-times mission” and this categorization fits even more here at the end of 2017 with Donald Trump’s foul gang of greedy swine laying waste to the EPA while the planet burns (including some of the worst wildfires in the history of California right here in the Golden State this fall.)

Robinson appears as a guest on Sonoma County NPR station KRCB’s morning music show ahead of the Fillmore stand and speaks of how the CRB will approach this run more like one six-set performance than three separate shows. This philosophy is part of the band’s musical DNA as they endeavor to create an ongoing experience and delve deep into their extended repertoire. Robinson also provides fans (aka CRBeings) an intimate look at his own counterculture record collection by releasing a Spotify playlist titled “Chris Robinson’s Bay Area Playlist” that features 15 mostly deep cuts from the late ’60s and early ’70s that perhaps hint at the sonic treats to come.

The CRB sends an early signal that this Thursday opener will be no mere warm-up show when they throw down their soaring jam vehicle “Vibration and Light Suite” as the second song. That gets the show off to a rousing start as a multi-dimensional jam ignites. Robinson’s groovy take on Hoyt Axton’s “Never Been to Spain” is another winner as he draws the audience in with an endearing vocal about digging the music even though he’s never been there. “Blue Star Woman” from the band’s latest album Barefoot in the Head finds the CRB taking off into a crowd-pleasing jam with Casal cutting loose over a flowing groove from bassist Jeff Hill and drummer Tony Leone, while wizardly looking keyboardist Adam MacDougall cranks up the swirly psychedelia. 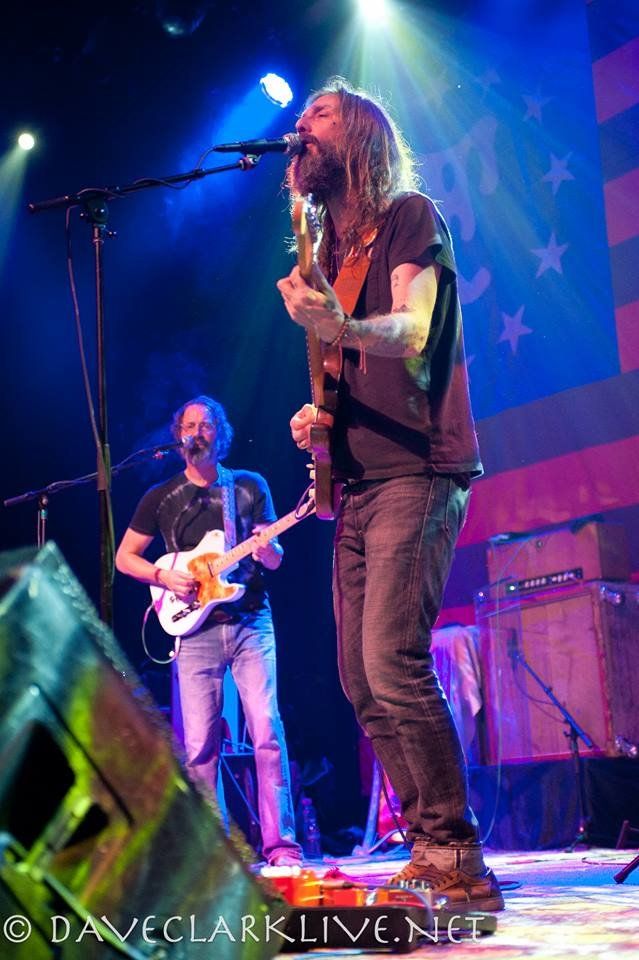 The band concludes the set in climactic fashion with their take on Delaney and Bonnie’s “Poor Elijah/Tribute to Johnson”, a bluesey rocker Robinson has made his own with an infectious arrangement that never fails to get the dance floor moving. This format sets the tone for the rest of the weekend, with the band mixing in a handful of hot covers amongst their own eclectic catalog for a high energy affair that feels like one extended performance. The groovy jams keep coming in the second set with Casal leading the way on “The Chauffer’s Daughter”. Robinson throws in a majestic deep cut with the shimmering “Tumbleweed in Eden” from his New Earth Mud project, a tune that was also a highlight on his fall 2005 tour with Phil Lesh.

“The Music’s Hot” is an appropriate tune for the weekend, with the band firing on all cylinders after being on the road all fall. The new “If You Had a Heart to Break” finds Robinson delivering one of his patented cathartic ballads, recalling the flavor of the Black Crowes’ underrated “Appaloosa”. A rollicking cover of Slim Harpo’s “Got Love If You Want It” flips the thematic script to bring the set to a grand conclusion, followed by a surprise double encore on Neil Young’s “World on a String” and “Roll Another Number (For the Road)”. The best part is that this was just the opening night with two more jam packed shows to come.

“Roan County Banjo” is an early highlight in Friday’s first set, getting the amped up CRBeings into the groove with a folky melodic psychedelia that makes the Fillmore feel like a big house party. Likewise for the New Riders-flavored “Roll Old Jeremiah”, what had seemed a forgotten tune from the Black Crowes’ criminally underrated last album Before the Frost…Until the Freeze. The farm-to-table psychedelia of “Clear Blue Sky” from 2014’s Phosphorescent Harvest finds the CRB continuing to harvest deep jams from that release, an album that seems to be aging like a fine wine. 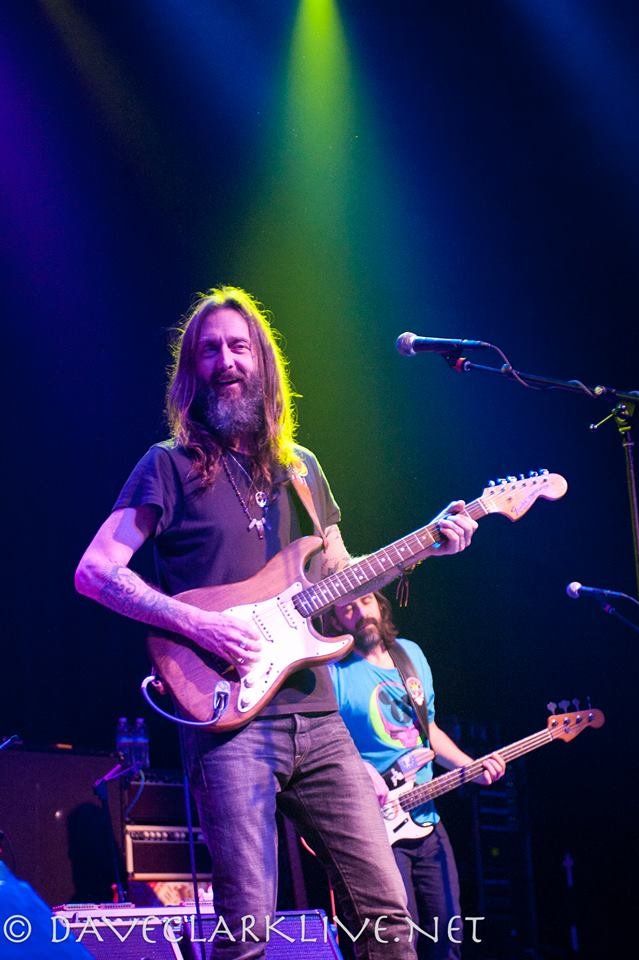 Friday’s second set goes right into vintage party time mode as the band throws down their stellar version of the Rolling Stones’ “Let It Bleed”, a classic anthem for those in romantic relationships that revolve around the spiritual power of rock ‘n’ roll. “Blonde Light of Morning” and “Glow” find the band exploring some of the new album’s shimmery Americana side with pleasing enough results, but it’s a staple cover of Bob Dylan’s “Tough Mama” delivered more in the jammy style of the Jerry Garcia Band that launches the set into hyperspace. The band uses the funky rocker as a launch pad into one of the weekend’s top jams, with MacDougall leading the audience into a psychedelic vortex with his cosmic keys. The band taps back into this groovy vibe on their own “Shorepower” to close the set with a energetic blast.

Another surprising double tribute encore follows with bustouts of Otis Redding’s “The Happy Song” and “I Can’t Turn You Loose”. The former finds Robinson leading the congregation into a happy place indeed on the “sweet soul song”, followed by a brief yet raucous ramble on the latter that makes the Fillmore feel like a genuine Blues Brothers revival. This sets the stage for a big Saturday night with the CRB pulling out all the stops to deliver a triumphant fall tour finale. Barefoot in the Head is featured prominently and with good reason, as the band delivers multiple highlights from what is arguably their best album to date starting with the upbeat warning that sometimes “High is Not the Top”. A rare repeat occurs with “The Chauffeur’s Daughter” appearing again, yet it’s well played as the band conjures a hot jam that goes deeper than it did on Thursday.

“Star or Stone” from 2012’s Big Moon Ritual has become one of the band’s most reliable jam vehicles and so it is here as the CRB catches fire with Casal delivering some of his best lead work of the weekend, while Robinson helps crank up the groove with some strong rhythm guitar work. The jammy goodness keeps flowing during the bluesy “New Cannonball Rag” as Robinson implores the brotherhood to “rock on, roll on, get off, get it on”, which they do as MacDougall leads another foray into the higher dimensions with his organ wizardry. The band closes the set with Carl Perkins’ “Bopping the Blues”, a song they generally utilize as an opener. It works great as a closer here because this band is really ready to bop out in the last set. 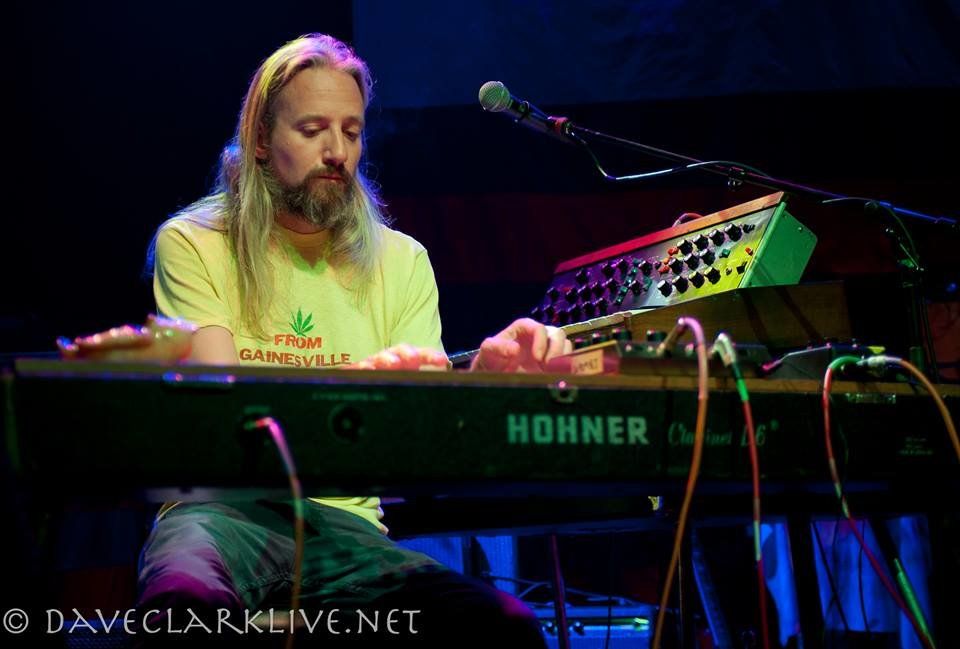 The heart of the second set features a stellar quadruple shot from Barefoot in the Head which reveals these fresh tunes as well on their way to becoming repertoire staples. “Hark, the Herald Hermit Speaks” had instant classic written all over it when Robinson performed it solo acoustic at the Chapel in San Francisco back in June. Here the song takes on an almost otherworldly vibe in the fully electrified format, with the CRB conjuring a vintage sound. “Behold the Seer” takes what Robinson sometimes calls the band’s “Cosmic California Sound” to an even groovier level with the singer imploring the audience to “Put on your dancing shoes and come on, we’ve got nothing to lose, it’s only space and time”. The song delivers a stellar jam with the music starting to play the band, featuring a hot harmonica solo from Robinson that conjures the spirit of the late great Ron “Pigpen” McKernan before Casal unleashes liquid lighting over a smoking groove that drives the Fillmore into a frenzy. 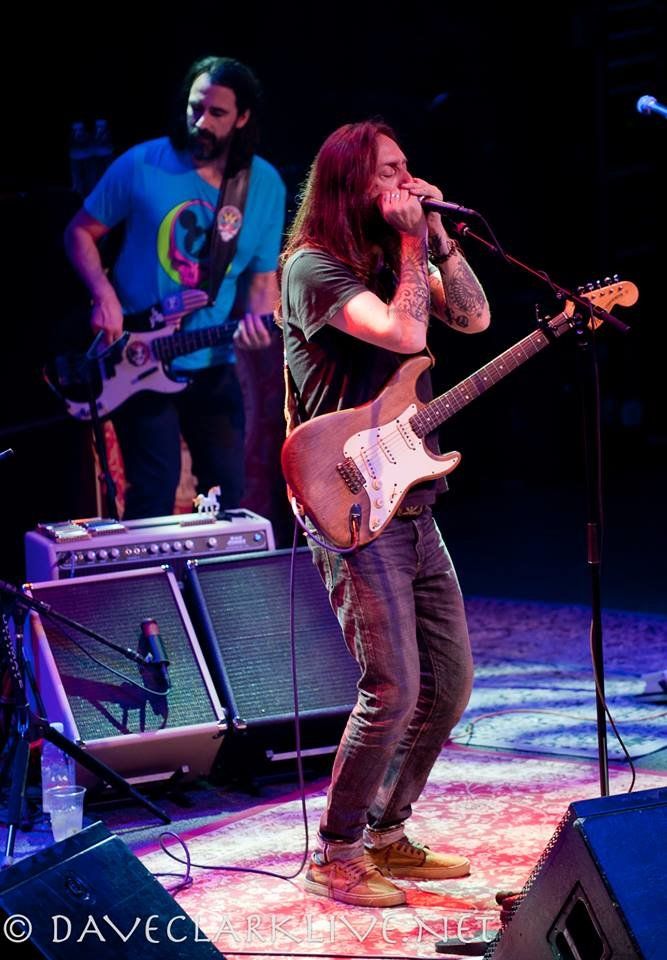 The new “She Shares My Blanket” provides a melodic breather before the band gets back to good time psychedelic rock with “Good to Know”, another fresh cut that feels like a familiar gem with some trippy melodies from MacDougall and some of Robinson’s most endearing vocals as he sings, “If you really want it you can go and get it, You can make it what you want to…” The three-night stand winds toward a conclusion with the Black Crowes’ funky “I Ain’t Hiding” before the band goes for the big finish with ultra-groovy fan favorite jam vehicle “Rosalee”. The song borrows from a variety of classic rock influences, with a psychedelic bridge breakdown that masterfully conjures the freak power vibe of Jefferson Airplane/Starship (whom Robinson had tipped his cap to by placing Paul Kantner’s “Let’s Go Together” on his Spotify playlist).

The CRB goes for an emotional encore with a surprise cover of Free’s “Guardian of the Universe”, with Robinson’s vocal imploring that guardian to “Shine a light of peace and love”. It’s a fitting denouement here in this holiday season at the end of what has been such a tumultuous 2017. But as is usually the case with the CRB, the soul soothing power of rock ‘n’ roll lifts up its disciples here in this sacred sonic temple to make the assembled feel like everything is alright… 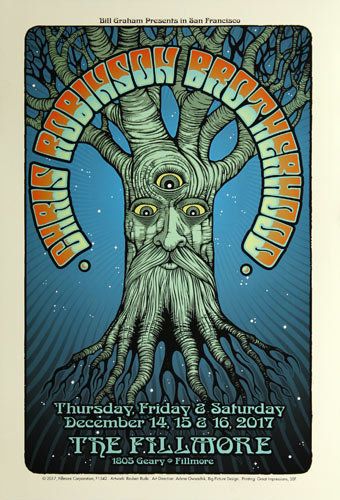