If the half-century celebration of the Woodstock Festival didn’t exactly come off as planned, there was still some cause for celebration around the anniversary: After decades of legal hassles and negotiations, Creedence Clearwater Revival’s 16 August performance from the storied three-day celebration of peace, love, and music, has finally seen the light of day. Issued on 2 August 2019 Live at Woodstock features the group’s full set, including “Bad Moon Rising” and “Green River”.

Though the quartet have long maintained a reputation for concise radio hits, the two cuts that close out the new record, “Keep on Chooglin'” and “Suzie Q”, each stretch beyond 10 minutes and accentuate the quartet’s deftness as crafting hypnotic, rhythmic music that was as steeped in roots music as it was in blues, jazz, and soul. Though the group’s studio albums rarely lacked power, the live set shows a unit that played cohesively but also right at its edge: Pushing the music to new heights and making it new for its audience.

Though Jimi Hendrix’s performance is considered archetypal, perhaps solely for its inclusion of “The Star-Spangled Banner”, it is, even disciples would have to admit, shambolic. Crosby, Stills, Nash & Young offered another historically important set but it never reaches the heights reached by Santana or Richie Havens. Creedence, on the other hand, were sharp, focused, and equal to their reputation.

“We had a policy of not doing any drugs or alcohol during business, and that meant any kind of business,” recalls drummer Doug Clifford. “If we were going to jam and look for some new material, that meant no drugs. We did drink a lot of coffee. I will say that! [Laughs.] Our bottom line was, If the music doesn’t get you high, get a real job!’ 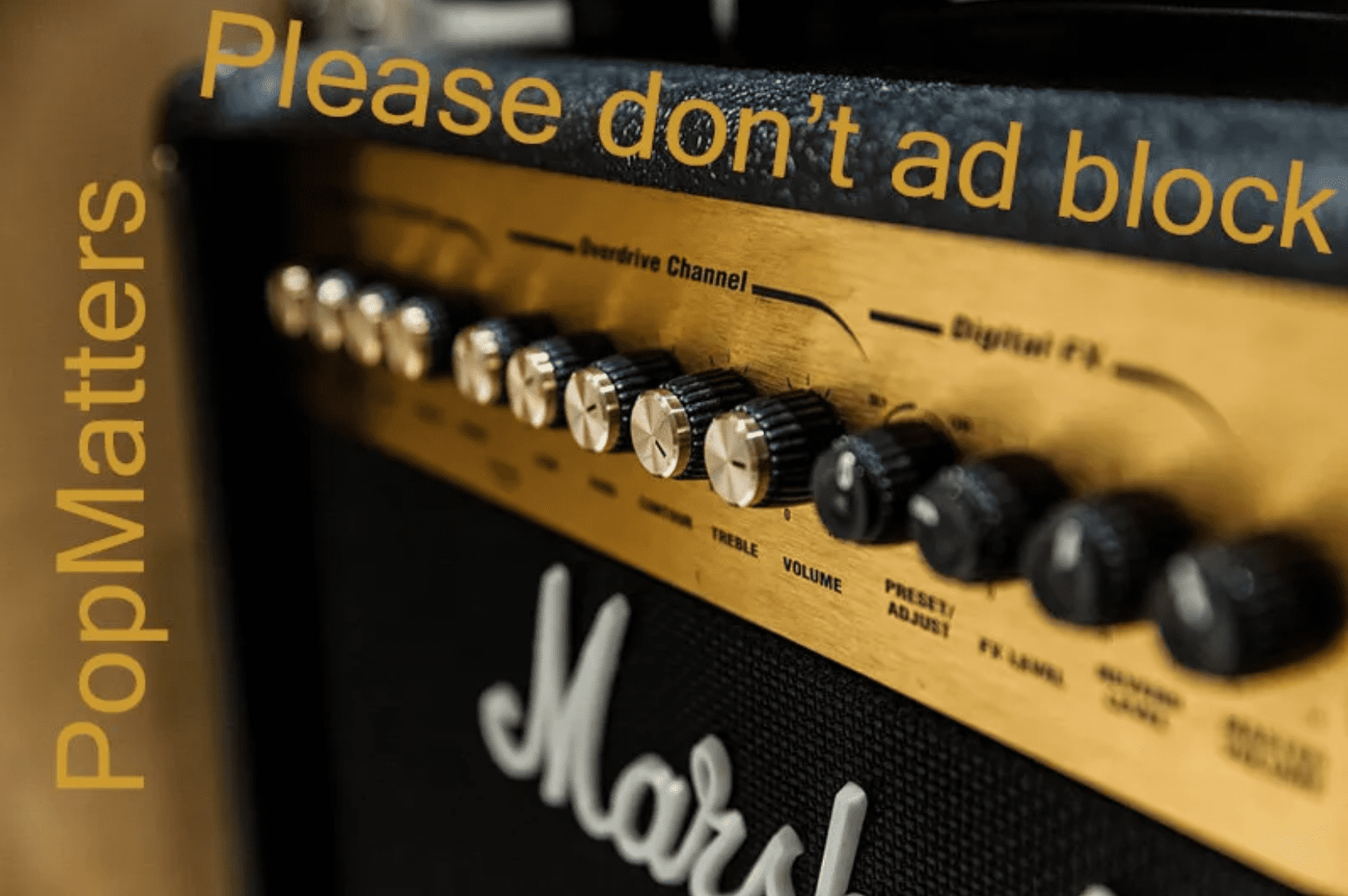 But lead vocalist and guitarist John Fogerty didn’t like the performance and told his bandmates, including his brother, Tom, that from the start. The group wouldn’t appear on the album nor would it be part of the beloved 1970 film about the historic event. Creedence wasn’t alone. The Grateful Dead opted out, owing to what they felt was a lousy performance. The Band weren’t featured, either, causing some to forget that Levon Helm and his cohorts were even part of the concert.

Creedence’s performance, then, would remain unheard in any official capacity for 50 years. A smattering of tunes were finally issued on 2009 box set commemorating Woodstock. But, to this day, the footage remains unreleased, though it has been widely bootlegged.

The outfit’s internal dissent has been widely documented. John Fogerty’s tight creative control ultimately led to the departure of his brother, Tom (who died in 1990) and the folding of the original band, which also included bassist Stu Cook, in 1972.

Cook and Clifford took on various gigs over the years. Cook produced music for Roky Erickson, and Clifford gigged with Doug Sahm. When Creedence Clearwater Revival were inducted into the Rock ‘n’ Roll Hall of Fame, Fogerty, who had long resisted performing the outfit’s music, barred the drummer and bassist from performing with him. After the performance, Clifford says he received some warm phone calls from Levon Helm, whose own group had grown at odds with guitarist Robbie Robertson.

When the rhythm section reconvened in 1995, they had no initial intentions of forming a band. Fogerty declined an offer to play with them, but soon they had formed Creedence Clearwater Revisited, which swiftly became a popular live draw and brought the original band’s hits back into the live arena.

Fogerty’s attitude toward his past seems to have softened. But both Clifford and Cook have closed the book on any sort of performance with their old singer. “We have a business relationship today,” Clifford says. “But nobody’s inviting anybody over for dinner.”

With the release of the Woodstock performance finally a reality, Creedence Clearwater Revisited will retire from the road when its touring commitments are complete in 2019. Clifford and Cook both recently spoke with PopMatters, Cook from his home in Honduras and Clifford from his home in the American west.

Creedence Clearwater Revival were in an enviable position when you played Woodstock. Some of those groups were still up-and-comers, but you were already on your way.

Doug Clifford: We were Number One in record sales and concert sales two years in a row in 1969 and 1970. Ten Years After and Santana came flying out in a blaze of glory.

Stu Cook: “Green River” had recently come out and was chugging its way up the charts. We weren’t sure what Woodstock would add to what we already had.

What memories do you have of that night? The story goes that the Grateful Dead went long and you got on later than you thought.

DC: There were multiple problems. The rainy weather and the electronics were not a good combination. It’s amazing that anything happened that night.

SC: I can’t be sure about The Dead knocking our set back. The whole festival was behind schedule because of the weather. We did get on late. Delays of any kind eat away at your edge.

Did you feel good about your set?

SC: John said we hadn’t played well enough. That left us scratching our heads. I think this particular set shows how tight we were.

DC: We felt really good about the set. Look at the conditions. It was late. We had been up for two days straight. We’d done TV the day before, taken a redeye in there. Then there was the business of whether we were going on or not. We were trying to stay. There were half a million people who wanted to see us even if we couldn’t see them. None of those lights worked. Almost half, anyway. It was like playing in the dark. John said, “We’re already Number One; we don’t need this.” But now he’s embraced it.

Were Creedence Clearwater Revival big on rehearsals? What I hear is a band that was a well-oiled machine.

DC: Most of the rehearsing that we did was about songs that we wanted to record. We didn’t rehearse much for shows because, by that time, we knew the music really well.

SC: We would play together every day when we weren’t on the road. It was a job. We had three records out in 1969. We’d record an A-side and a B-side, then a third single. By then you’re six songs into the album. When we went in to do the album, we were halfway there. We did a lot of work in 1969. Perhaps too much. [Laughs.]

Doug, when I listen to your drumming, I’m reminded of John Densmore of the Doors. You’re both reacting to the vocals. You’re both adding this melodic element that drummers aren’t always sensitive to.

DC: We learned to play our instruments together a certain way at first. We were an instrumental trio. When you don’t have a singer, you’re able to hear things that aren’t there vocally. Then, when you’re listening to Top 40 radio, you have another advantage. You’re picking up on beautiful licks and ideas and morphing them into something other than the guy did on the record.

When we were doing our own songs, I worked with the guitar licks. You want to lock into the groove that makes it swing the most.

DC: I would add that Tom Fogerty was one hell of a rhythm guitar player who never got credit for anything. He was the original leader of the band. The band really started with Tom, and it’s easy to forget how great he really was.

His solo albums revealed that he was a good singer and good writer.

DC: John had the raspy voice that went with a rock ‘n’ roll band. Tom was more like Ritchie Valens. I think that scared John. He didn’t want any competition.

Stu, how did you wind up working with Roky Erickson?

SC: Back in the day, we were working at Wally Heider’s studio and were introduced to Roky’s manager at the time. He knew that I had been doing some production when I was away from Creedence. After Creedence broke up, I had time to produce Roky. I heard the material, liked it. I’d always been a fan and thought I could add something. I think he had about 15 songs that we spread across two albums. I know Roky was always happy with what we did together.

He wouldn’t accept anything less than his best. If I wasn’t sure he’d done it right, he’d say, “I’d like to try that again and see if I can’t top what we’ve got.” I like working with people like that. His material was so unique. I’m still fascinated by it.

The two of you have been doing Revisited for 25 years. You had roadblocks, but it has to feel great to have revitalized this thing and found a following for it.

DC: It was a fan-driven project. John wasn’t singing any of the Creedence music. He refused to. We invited him to join us. He said no and sued us. But we prevailed. And, quite honestly, it brought John back to the songs he should have been singing all along. He hates that we did it, but I’m glad that he came home.

You’ve recently announced retirement. Is it a matter of wanting to go out while you’re still playing well and everyone still has their health?

DC: Travel beats you up. I’ve got issues with my back. Most drummers that I know have issues with their backs. On one of the runs, I missed birthdays of two of my grandkids.

SC: We’re basically going year-round. We start in January and are still going in October or early November. We feel that we’d rather spend that time with our families and exploring other interests. I’m going to spend more time in Central America and seeing the rest of the world. I’ve got a couple of big boxes to tick off.

The two of you have played together over 50 years. Sixty years in fact.

SC: We work well together. We’ve had our ups and downs, but the relationship has always been worth fighting for. You compromise. Pick your battles. You don’t throw away all the time you have together over momentary disagreements. It’s just another turn in the road.