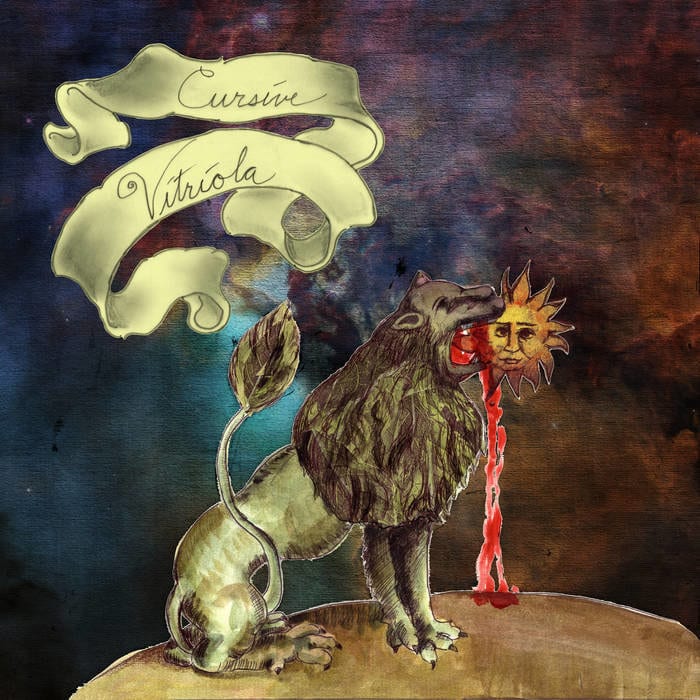 Tooth and nail, Tim Kasher fought his way into the indie rock intelligentsia. His most celebrated records with Cursive, 2000’s Domestica and 2003’s The Ugly Organ, were spirited post-punk excursions by a man who could, one can imagine, quote Freud and cover Gang of Four without breaking a sweat. The songs tackled ideas, and because these ideas were large – divorce, existentialism, sex, loss – the songs seemed gigantic. “The Recluse”, one of the standout cuts from Organ, a song that strands you somewhere lonesome and airtight and threatens to keep you there forever, strands Kasher himself in a stranger’s room, one littered with “books and notebooks” that he is afraid to read. It is easy to picture Kasher composing each Cursive record in a similar place: on top of a bed, alone, surrounded by tracts that contain terrible truths and dark visions.

In a 2008 interview with MTV’s John Norris, Deerhunter’s Bradford Cox differentiated himself from a “composer” of popular music, someone like John Lennon. “A composer is someone who has specific goals with music – specific goals with narrative and lyrics – and the craft is transposing those ideas.” Kasher, at his best, composes, and the result is music that is by turns erudite, pretentious, self-involved, and transcendent. Listen to “From the Hips” from 2009’s Mama, I’m Swollen, and he spells out his modus operandi clearly: “I don’t want to mumble what I’m trying to say / I want to scream it from my foaming mouth.”

When Kasher and his bandmates really have something to say, this scream can be a revelation; when they don’t, it sounds stilted, silly, like it’s issuing from a mouth that has nothing to scream for but still screams anyway. On Vitriola, the band’s eighth full-length, there are good screams and bad screams. “Free to Be Or Not to Be You and Me” is a churning electric melodrama. In less than four minutes, it touches on absurdism, nihilism, love, work, school, the fractiousness of memory, and the power of noise. “What I sing right now / Someone’s screamed before,” Kasher wails, foam on the edges of his lips. But no one has screamed it before; that’s why it’s worth screaming. The closest that indie rock has come to such a thrilling existentialist rallying cry was Frightened Rabbit’s “The Loneliness and the Scream”, and Kasher, consciously or not, seems to continue the battle that began in that song: “Oh, the loneliness / And the scream to prove / To everyone / That I exist.”

“It’s Gonna Hurt”, another exceptional cut, is a haunting paean for masochism. Matt Maginn’s bass thuds like a blunt weapon on a bare back. Ted Stevens’ guitar stabs at nothing in particular. The byproduct is a song that, true to its title, seems to self-flagellate and then burn itself to the ground. Similarly, “Under the Rainbow” is suffused with a desire to bleed out. Wall after wall of feedback is built, demolished, and then scattered to the track’s periphery, while Kasher, knee-deep in shrapnel, excoriates a political climate where the status quo is accepted without question.

However, throughout Vitriola, the band occasionally trips over their own soapbox. On “Pick Up the Pieces”, Kasher sounds like a barfly pillorying Trump. “This civil war ain’t civil anymore / They thrive when we’re divided hordes,” he sings. Likewise, the anti-capitalist screed “Life Savings” finds the songwriter preaching platitudes. “There’s no future / Only money,” he sings, as if it’s the first time an artist has ever criticized greed.

Thanks to co-producer Mike Mogis, who was worked with indie darlings Bright Eyes, M. Ward, and Jenny Lewis, Vitriola, for all its faults, stands among Cursive’s most ambitious work. Often, its reach exceeds its grasp, but that’s because what it reaches for are ideas so large and intractable that most musicians don’t even attempt to touch them.