When Zack Snyder finally brought Alan Moore’s 1980s’ alternate history graphic novel Watchmen to the screen after years in development hell, it should have been one of those rare gifts to the fans. Whatever one’s opinion of Snyder’s talents as a director, he was deeply dedicated to the source material, and showed it in every lovingly designed frame of that 2009 movie.

The problem was, what the adaptation needed was not worship, but a point of view. Moore used his morally compromised superheroes to uncover the dark imperialist muck covered up by the decade’s hard and shiny Reaganite myopia. Snyder, for all his attention to detail, wanted to make a superhero movie that pleased both fans of the book and those who had never heard of it. It didn’t work for either.

Fortunately, for his beautifully wackadoo Watchmen offshoot series for HBO, creator Damon Lindelof appears more interested in conveying an autopsy of the nation’s mood than he is in, say, making sure that Dr. Manhattan looks just right. To that end, he starts far from the crime-ridden streets of late-20th century Manhattan. 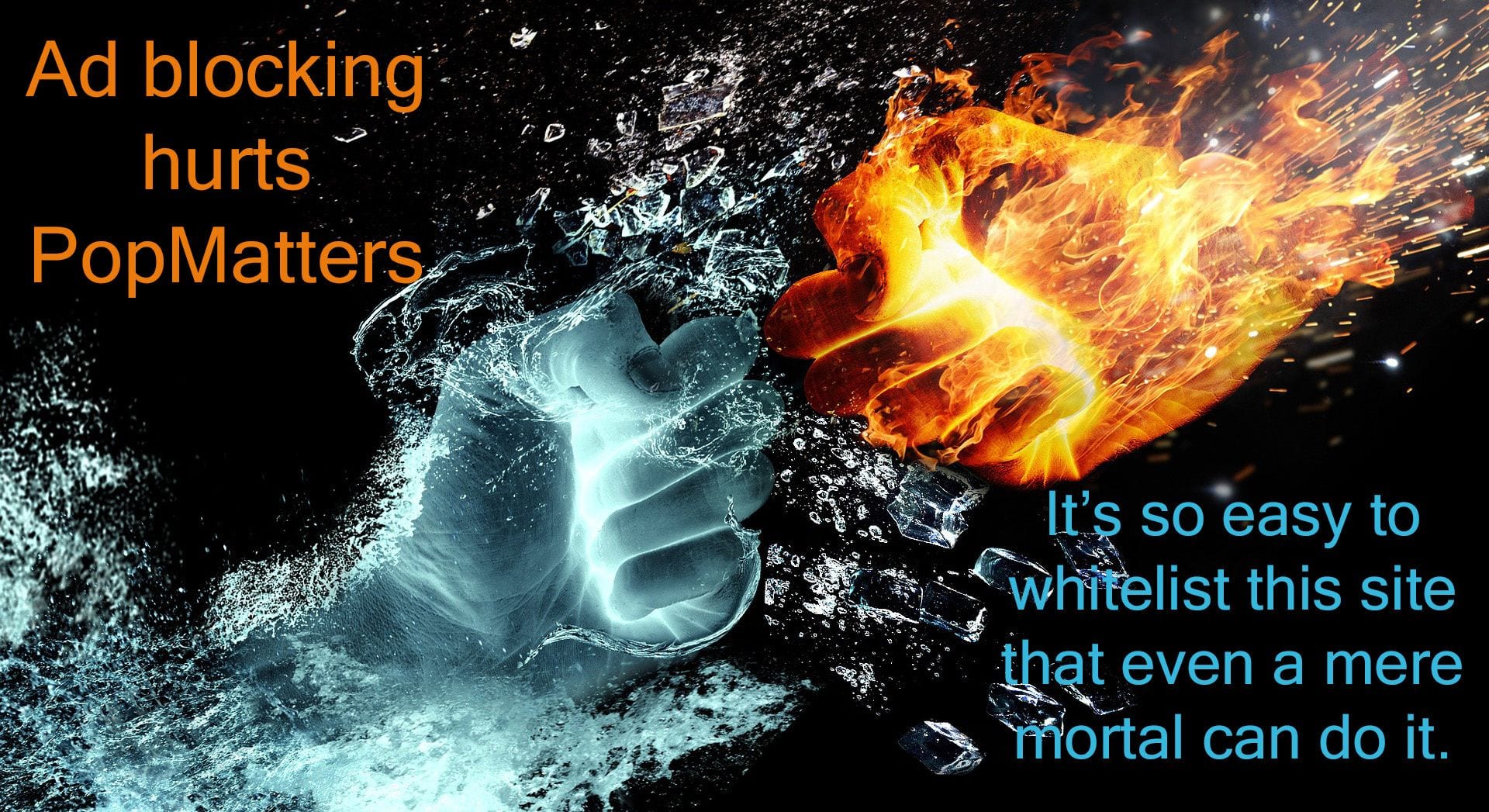 The first episode, a direly ironic hour, kicks off in Tulsa during the 1921 massacre in which whites rampaged through the black neighborhood of Greenwood. Jumping to an alternate-historical 2019 Tulsa, Oklahoma, in which the racially-mixed police wear masks to protect their identity from a murderous white-supremacist underground called the Seventh Kavalry (for Custer’s unit decimated at Little Big Horn), the episode uses the massacre less as plot point and more as ominous overture.

Nearly every scene in the blisteringly-paced first three episodes of Watchmen is weighted with the reality or threat of racial violence, skewed from present reality but no less recognizable. Cutting her way with sharp intent through the mystery-shrouded plot is Angela (Regina King), an occasional baker (her specialty is moon pies, having grown up in the “state” of Vietnam), and full-time vigilante known as Sister Knight. An ex-cop who barely survived the Seventh Kavalry’s “White Night” mass police assassination, Angela now roars around Tulsa in a black Monte Carlo, dispensing justice against the local racists while decked out as a kind of warrior nun. She comes complete with cross, rosary, high karate flips, and self-conscious tag lines: “I got a nose for white supremacy, and he smells like bleach.”

Acting as Angela’s Commissioner Gordon and surrogate father figure is Judd (Don Johnson), the jaunty and occasionally cocaine-sniffing police chief who wants to stamp out the redneck uprising as much as she does. The show throws in some standard-issue moments of moral compromise, such as when the dryly ironic Detective Glass (Tim Blake Nelson) utilizes a Voight-Kampff-like interrogation device called The Pod on a lawyer-less suspect before handing him over to Sister Knight for a good old-fashioned pre-Miranda beating. 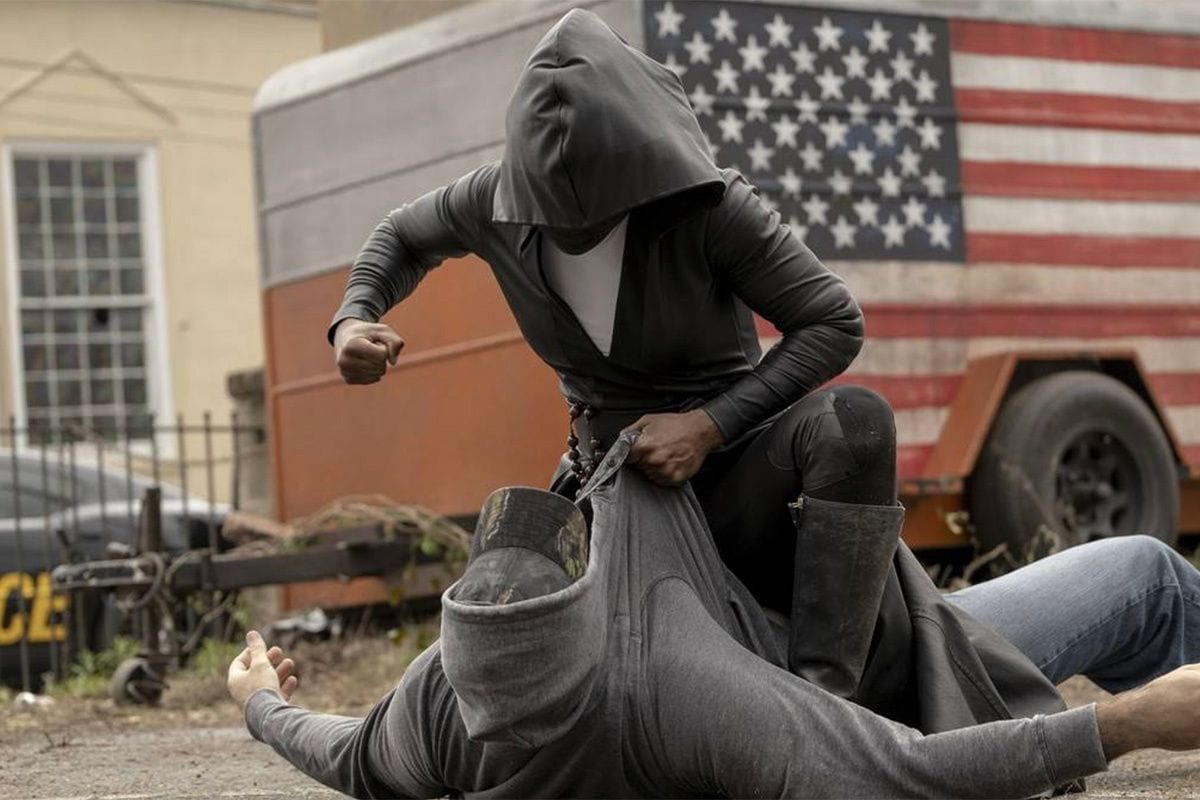 The vigilante subplot feels rote in a way that may be intentional, particularly when we see part of the hyped TV show du jour American Hero Story, a slo-mo ass-kicker scene with original Watchman character Hooded Justice that reads like a sideways swipe at Snyder’s lovingly captured ultraviolence. Lindelof’s take carries a strong distrust of would-be superheroes (or “rich assholes playing dress-up”, as another character calls them), particularly embodied in the tired cynicism of FBI anti-vigilante special agent Laurie (an acid-tongued Jean Smart), who drops into Tulsa looking to see what’s under everybody’s mask

The violence of this Watchmen is usually political, and quite often terroristic, in nature. Those politics are scrambled in ways that amplify the cognitive dissonance. Alluding to the multi-termed President Nixon of the book, the show now has a long-serving President Robert Redford (the actor). He appears to have enacted a number of liberal-seeming policies, from curbs on police use of force (their guns are locked until they receive authorization from headquarters) to a racial violence reparations program. The result, though, is far from a progressive utopia. A black officer is shot dead by the Seventh Kavalry while waiting for his gun to be unlocked. Sullen racists grumble at black characters about their “Redfordations”.

There is a lot going on in these three episodes beyond that racial reckoning, ranging from the mysterious subplot of the wheelchair-bound man (Louis Gossett, Jr.) who might be a survivor of the Greenwood massacre, to the decadent and as-yet inexplicable follies of Adrian Veidt (Jeremy Irons at his most self-parodying Jeremy Irons-ishness). And what is happening with those unexplained sky-darkening storms of millions of oozing mini-squids? Or the out-of-nowhere deus ex machinas that bang the episodes to a finish? 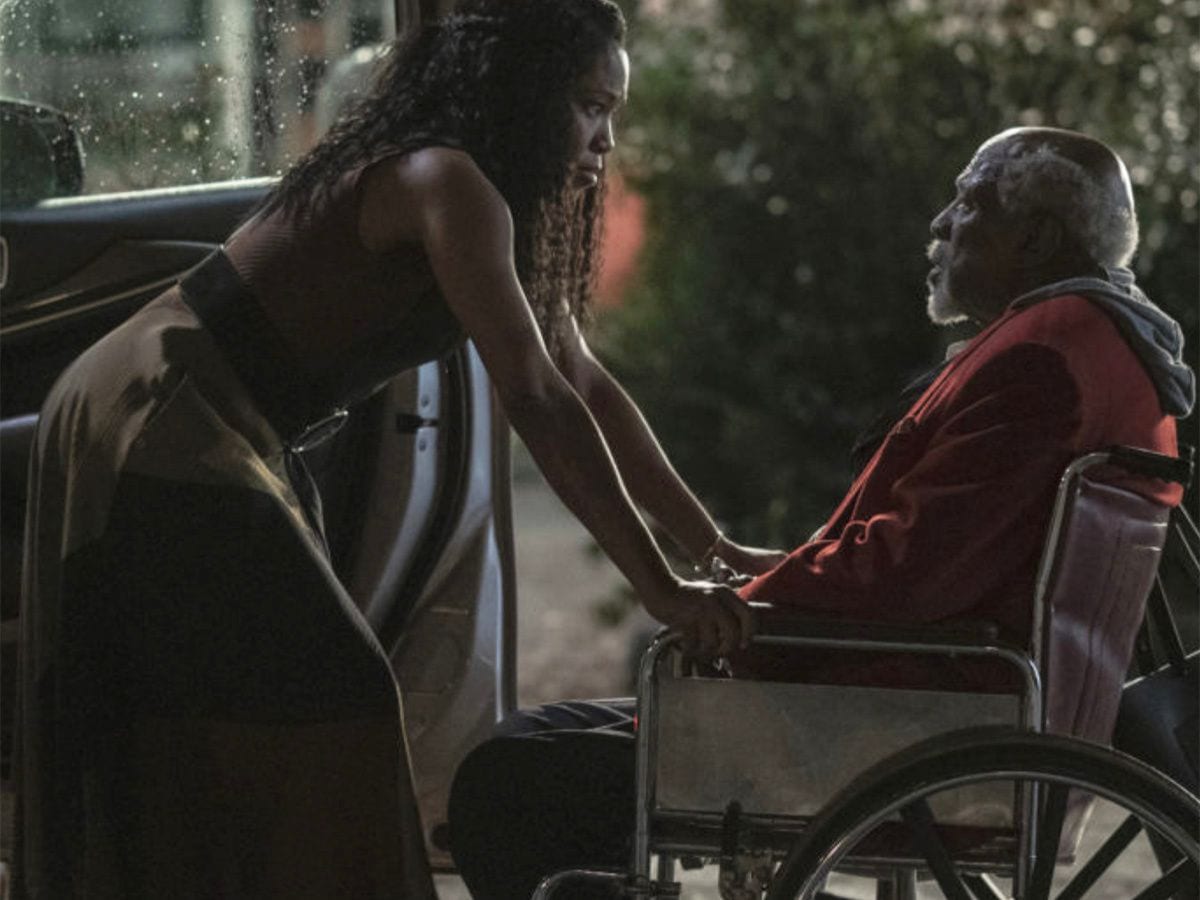 Regina King as Angela Abar and Louis Gossett, Jr. as Will Reeves (IMDB)

Lindelof also embeds numerous signifiers that the original Watchmen mythos is threaded through this world as it pulses toward catastrophe. These range from subtle references, like the newsstand chorus, to more blatant call-outs, like a TV newscast showing Dr. Manhattan on Mars. The references also include a police aircraft that looks a dead ringer for Nite Owl’s owl-eyed craft, paparazzi buzzing around on malfunctioning wings like Mothman, and the Seventh Kavalry wearing Rorschach masks in a misunderstood call-out to their vigilante hero.

But ultimately, despite the occasionally inexplicable action scenes, this is less a show about hunting down the bad guys than it is about the twisted turns and stubborn legacies of racist trauma and the resistance to atoning for it. There are times when Watchmen feels like it is channeling the id of some impassioned subredditer ranting about social justice warriors. A white protester outside a museum dedicated to the Greenwood massacre waves a sign (“You got a sorry, you want a handout?”) that reads like a prediction of the MAGA/Deplorable reaction to anything like a reparations program in reality.

Lindelof defuses some of those stingingly relevant moments with gags, though even many of those have a nod to the present day. For example, inside the Greenwood museum is a kiosk at which Secretary of the Treasury, Skip Gates (Henry Louis Gates, Jr.) asks visitors to submit their DNA for possible reparations, asking questions as chirpily as he does on his DNA investigations show on PBS’s Finding Your Roots. 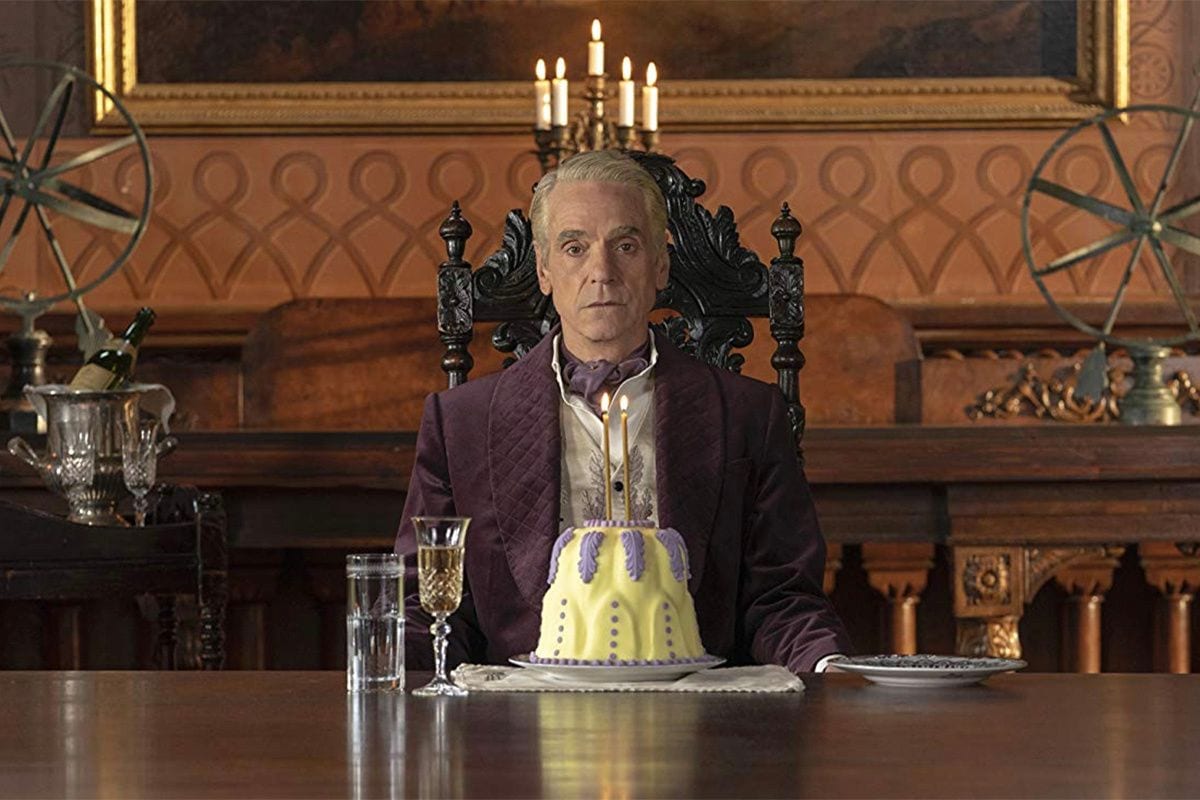 The mordant stubbornness of this whitelash of resentment operates as a bleak, heavy reality check on the show’s frequently hyperkinetic alternative-historical imagineering. There are times when it seems as though the writers are having difficulty keeping a check on the ways that they can curiously skew reality. But the story keeps curving back to not just the old American sins but the old American refusal to acknowledge them.

As much fun as Watchmen has with the stylings of Sister Knight or set pieces like the all-black production of Oklahoma set in a restored theater (previously destroyed in the 1921 massacre), the writers seem well aware that no symbolic gesture or lone avenger will be able to right what has gone wrong in America.

Watchmen shows every indication of continuing to fascinate and baffle for some time, tangling with the ghosts of the uncivil dead who keep rearing up and demanding not to be forgotten, before going spectacularly off the rails at some point in the not-so-distant future. If that doesn’t sum up the current American mood, it is hard to imagine what does.