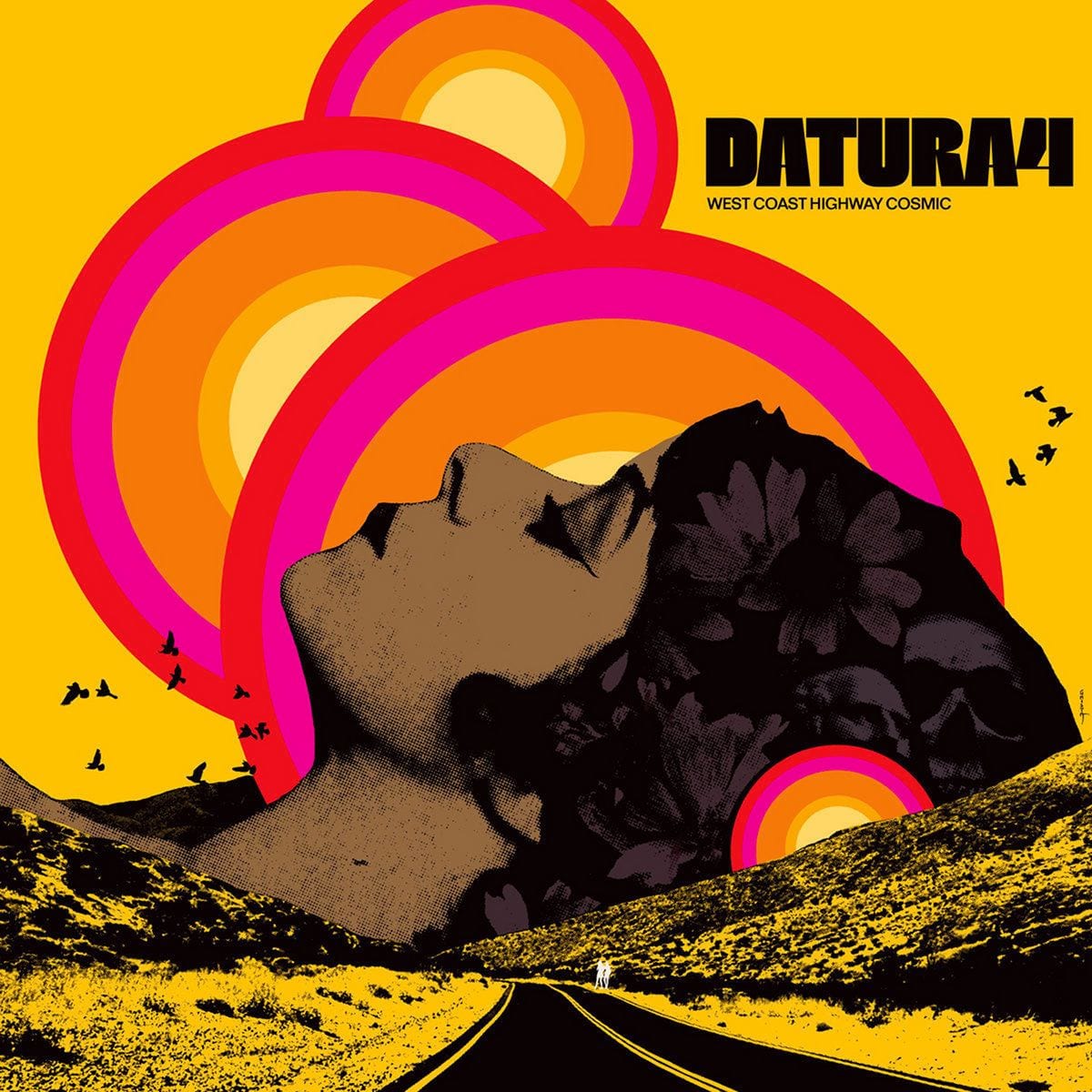 “The desert is a spiritual place and the sea the mere playground of our hedonism.” These words are from Land’s Edge: A Coastal Memoir, a book in which Tim Winton describes how South-West Australia’s landscape shaped the life and mind of its inhabitants. It’s a quote that you can’t resist to think of when hearing Datura4 new album West Coast Highway Cosmic. First, because the band took inspiration for it from the travels along the highways around Perth to get to the recording studios. Second, because the musical outcome brings together two of the most spiritual and hedonist genres: blues and rock ‘n’ roll.

Its peculiar continental geography has shaped Australian rock music from the beginning. The US and UK’s distance may affect the recognition that the scene deserves but not the people’s creativity. Importing the gear, like amplifiers, was quite expensive back then, so Australians had to make their own, leading to a distinctive sound. Datura4 leader Dom Mariani has a considerable role in this story. His catchy, hard-riffing, and crystalline guitar signed some of the best albums in Aussie rock. If his previous bands, the Stems and DM3 above all, reach the excellence in garage rock and power pop, Mariani takes the music a little further with Datura4. Backed by musicians from other great bands from Perth, like the Drones, they started experimenting with heavier sounds.

West Coast Highway Cosmic is their fourth album and delivers solid and powerful 1970s blues-rock dipped in psychedelia. The formation is stripped down to one guitar and see the introduction of the keyboard player Bob Patient. Compared to their firsts records, the overall sound becomes accessible to a broader audience but still intriguing. In the wake of the previous work Blessed Is the Boogie, released only last year, the psychedelic element gets quieter, and the blues take the lead. Although it is undoubtedly a guitar album, the interactions between Mariani and the Patient’s keyboards form the essence and structure of the record.

That is clear in the firsts tracks. West Coast Highway Cosmic is introduced by the sound of the organ and dragged by Mariani heavy riffs before dropping us in the seven-minute stomping of Wolfman Woogie. When the piano is missing, the harmonica fills in like in the Led Zeppelin-inspired “Rule My World”, a rousing hard rock boogie you wouldn’t stop dancing to even under the hot Australian sun. Or in “You’re the Only One”, where the feeling slows down, and we are pampered by the slide guitar and the swamp harp. “Give” blast out Mariani’s pop sensibility for the melodies and marks another high point in the album. Meanwhile, “Get Out” is a straight-ahead rock ‘n’ roll tune reminiscent of the Flamin’ Groovies with its pounding piano.

After guiding us on the coasts of lust and love, the band answer the call of the desert in the last track, the shamanic “Evil People Pt.1”. The piano turns lysergic and interchanges with a heavy riff again while Mariani chants about the human’s dualism. Good and evil, spirituality and hedonism, the ocean, and the desert. Whatever contrast fuel Datura4’s creativity, the result is admirable and well-grounded.