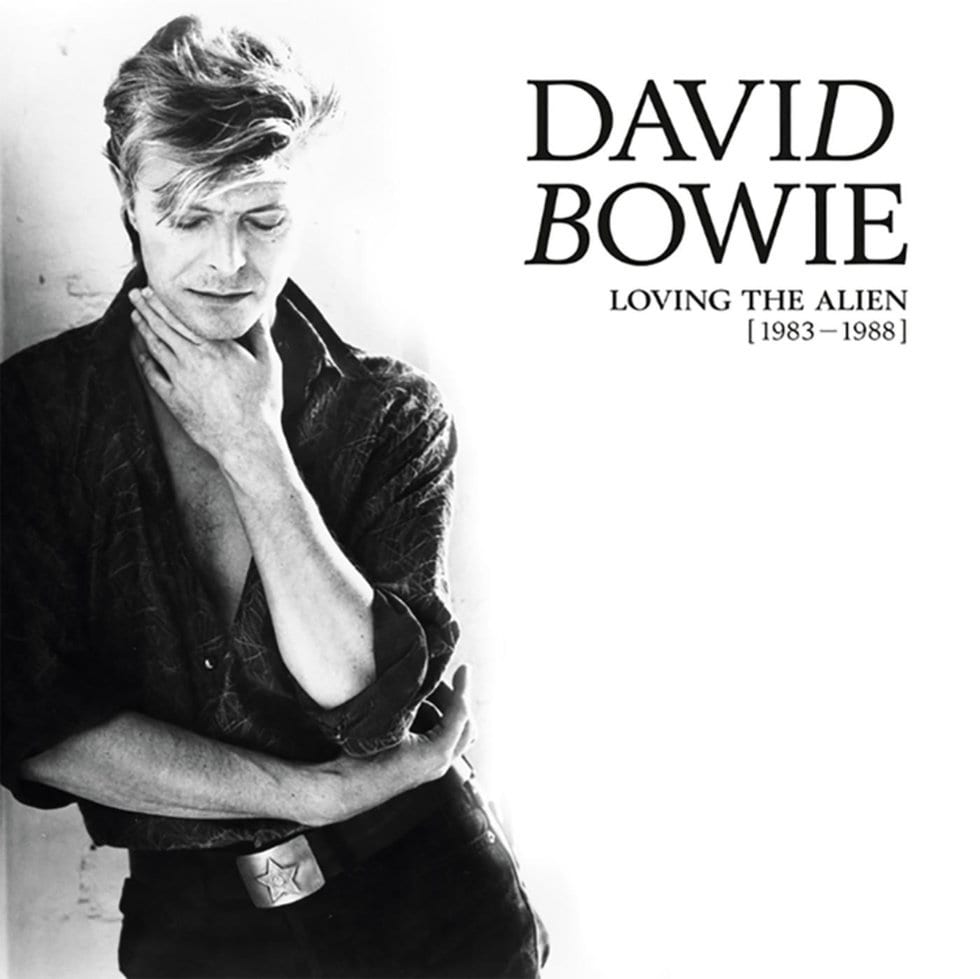 For the first dozen or so years of his recording career, David Bowie seemed infallible. Moving gracefully from one musical style to another, he always seemed to keep fans in his thrall, retaining the diehards and making new ones along the way. Since 2015 – only a few months before his death at the age of 69 – Rhino has been putting out a series of chronological, career-spanning boxed sets. His early albums from 1968 to 1973 were re-released as Five Years. Who Can I Be Now? collected the albums from his mid-’70s glam apex. And with A New Career in a New Town, the arty weirdness of the late ’70s and early ’80s were lovingly assembled.

But in 1983, something odd happened. David Bowie, the High Priest of Glam Rock, the man who holed up in Berlin for a few years making dark, idiosyncratic synth tone poems with Brian Eno, decided he wanted to be a pop star. Hiring disco tastemaker Nile Rodgers as a producer, he holed up in a Manhattan recording studio in late 1982 and began recording what would be his most commercially successful album. Let’s Dance, released the following April, would go on to sell seven million copies.

Bowie continued riding that wave, with far less successful results, both critical and commercial. In 1984 and 1987, he released two more albums in the same vein, Tonight and Never Let Me Down, both of which have been almost universally regarded as the worst albums of his career. But don’t think for a minute that Rhino is choosing to ignore this shaky period in Bowie’s career. Like Bob Dylan’s Bootleg Series, the Bowie reissues are exhaustive reevaluations of the artist’s stylistic twists and turns, and Loving the Alien (1983-1988) – much like the Dylan compilations covering such oddities as Self Portrait and his gospel years – is a great opportunity to look back, reassess, and find the diamonds in the rough.

Truth be told, there’s plenty of diamonds here. The three albums proper from this era all have good and bad points. And like the previous Bowie box sets, there’s a metric ton of bonus content to plow through (making for a total of 11 CDs or 15 records, depending on your format preference). There’s live tracks from his 1983 “Serious Moonlight” tour as well as the 1987 “Glass Spider” tour, a re-recorded version of Never Let Me Down, a series of remixes and a whole slew on non-album singles, edits, single versions, b-sides, and soundtrack cuts.

First things first: Let’s Dance, the album that kicked down the doors on Bowie’s “pop” period, still holds up, for the most part. One of the problems with the album is that it’s frontloaded with the three fantastic hit singles, making for a bit of an uneven two-thirds on the back end. But those singles, wow. “Modern Love” is one of Bowie’s most upbeat foot-stompers, full of call-and-response vocals and an energetic gospel edge (“Get me to the church on time”). By comparison, “China Girl”, a song Bowie co-wrote with Iggy Pop for his 1977 album The Idiot, is a more serene, laid-back single, but still contains plenty of dramatic hooks. The title track is all dancefloor swagger, with modern production touches meshing nicely with the song’s bluesy edge. Then-unknown guitar-slinger Stevie Ray Vaughan is all over the album, and his instantly recognizable style gives the songs a unique and welcome flavor.

By comparison, Tonight seems on the surface like an uneven pastiche. The make-up of the tracklist certainly bears that out. Three of the songs are Iggy Pop covers from the late ’70s (two of which are co-written by Bowie). Two songs are new Bowie/Pop compositions. There are also two completely random covers: a languid, idiosyncratic version of Brian Wilson’s “God Only Knows” (with a crooning Bowie in Scott Walker mode) and a vibrant take of the Leiber/Stoller chestnut “I Keep Forgettin'”.

On paper, it sounds like a hot mess. And yes, Bowie – like so many other artists at the time – fell victim to the era’s bloated, overproduced production techniques. But Tonight gets a bad rap. It’s a common opinion among critics and fans that the album’s opening track, “Loving the Alien”, is one of his better songs of the ’80s, an epic, sophisticated quasi-ballad that recalls some of his artier moments of albums past. The single “Blue Jean” is even better than “Loving the Alien” in that it doesn’t feel weighed down by an overabundance of cheesy synthesizers. “Blue Jean” has a warm and timeless feel and is perhaps one of Bowie’s most underrated singles.

Elsewhere, Tonight veers between the stark reggae of “Don’t Look Down” to the aggressive, hard-driving “Neighborhood Threat” to the infectious, horn-spiked tropical shuffle of “Tumble and Twirl” (inspired by a trip Bowie and Pop took to Indonesia). All in all, it’s certainly a mixed bag, but the good moments are very good indeed.

A shame the same can’t be said for Never Let Me Down. Recorded in Switzerland with more theatrical concepts in mind that its two predecessors, the album is overstuffed with garish, headache-inducing production, and whatever good ideas exist are positively buried in the mix. “Time Will Crawl” is a decent enough single, but you can hardly make out whatever nuances exist in the composition through the snarl of over-processed drums. Likewise, the tuneful “Zeroes” should be dragged out of obscurity if you can ever get past the gaudy mix and annoying sitar (played thanklessly by Bowie pal Peter Frampton). And let’s not even talk about “Shining Star (Makin’ My Love),” a deceptively bouncy number that includes – I kid you not – a mid-song rap by Mickey Rourke. Oh, the ’80s. For almost the entirety of his recording career, Bowie did a magnificent job of staying culturally relevant, but Never Let Me Down – has there ever been a more inaccurately titled album? – was his one major stumble.

To his credit, Bowie saw the error of his ways and even attempted to remake the album almost immediately after its release. But it wasn’t until 2008 that a remixed version of “Time Will Crawl” for the compilation album iSelect (and later, the career-spanning set Nothing Has Changed) prompted Bowie to consider the advantages of a complete overhaul. Two years after his death that wish came true when a group of musicians including guitarist Reeves Gabrels (a member of Bowie’s metal supergroup Tin Machine), David Torn, Sterling Campbell, Tim Lefebvre, and Nico Muhly re-recorded the album with Bowie’s original vocal tracks at Electric Lady Studios in New York.

Never Let Me Down 2018 goes a long way in salvaging those 1987 songs, with a 21st-century sensibility stripping away the overblown aesthetic of those original recordings. The album breathes a lot easier, and producer Mario J. McNulty manages to coax out the best in the songs. I wouldn’t put this do-over anywhere near the top of Bowie’s best work, but everyone concerned does yeoman’s work here (whether Rourke was unavailable to re-do is performance on “Shining Star (Makin’ My Love)” isn’t really clear, but Laurie Anderson, of all people, was hired to recreate that infamous rap, with mixed results).

Rounding out Loving the Alien is a pair of period concert performances that seem unnecessary from a pure listening enjoyment standpoint – I’m not sure if I’ll ever be in the mood to throw on a 1983 version of “Rebel Rebel” or a 1987 take on “Jean Genie” – but the recordings put Bowie and the era in context, and the bands are top notch. Likewise, many of the remix tracks seem painfully dated, but from a historical perspective, they do the trick.

Some of the best bonus content here comes from the various stand-alone tracks Bowie put out during this period. Much of the material consists of soundtrack work. There’s the gorgeous, moody “This Is Not America”, a collaborative effort with guitarist Pat Metheny that appeared on the soundtrack to The Falcon and the Snowman. There’s also the odd, playful theme from Labyrinth, one of Bowie’s many acting projects. Additionally, his contributions to the 1986 Julien Temple-directed cult musical, Absolute Beginners, are also represented here, including the lush title track and the ambitious, theatrical should’ve-been-a-hit “That’s Motivation”. It’s also worth noting that if you insist on hearing Bowie’s duet with Mick Jagger on “Dancing in the Street”, it’s here as well. Although why you need to subject yourself to what essentially amounts to two bored millionaires riffing on Motown is beyond me.

After this decidedly uneven artistic span, Bowie formed the bold, abrasive Tin Machine, and followed that up with a whole slew of unique, mostly excellent albums, the last one – Blackstar – released only two days before his 2016 passing. It’s universally accepted that Bowie redeemed himself of whatever missteps he took in the age of Ronald Reagan. But Loving the Alien – despite some truly cringe-inducing moments – is an enjoyable look back at when David Bowie put on his red shoes and danced the blues.