David Byrne‘s American Utopia tour has gone overseas so the buzz around the tour has somewhat died down in the United States. But this past weekend, in an interview Byrne did with The Guardian, it was noted in the final paragraphs that “there has been interest from the West End and Broadway in turning the American Utopia show into something more permanent. Byrne is clearly intrigued: he would need to create a narrative arc, to connect the songs, but that doesn’t feel impossible.

“I’ve never done anything like that before,” he says, his eyes widening. And you realize he’s not expressing trepidation or fear, only excitement.”

Byrne should take on that project — the shows will sell out. I managed to attend his show at King’s Theatre in Brooklyn and the quickly registered it as one of my favorite tours of the year. (WFUV has archived audio from a different stop of the tour that is available for streaming here.) 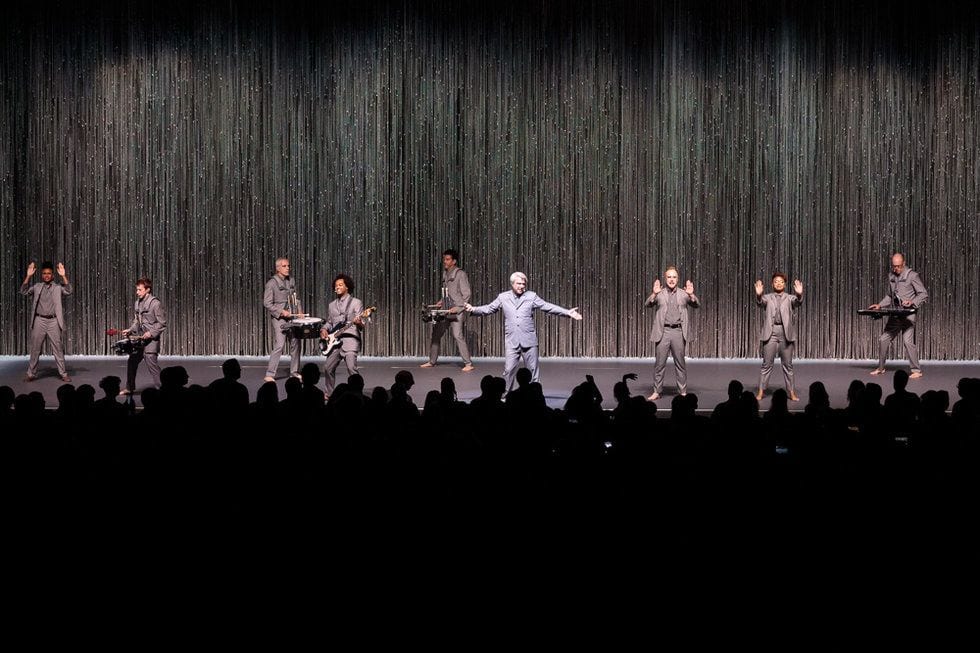 Byrne could have imagined extravagant possibilities to bring his songs on the road (see his Contemporary Color project) but he instead kept it simple and seamless. And that brought more of the focus onto him, the musicians and their actions. Watching the show was simply joyous. It was also brilliant and imaginative. You don’t need a deep familiarity with Byrne’s work (Talking Heads, solo or other collabs) to see how much fun the band has performing like a marching band, with entirely wireless instruments in a carefully choreographed production. It felt positive.

Should Byrne add narration or a narrative structure, the show might be more comparable to Bruce Springsteen’s Broadway run or Patti Smith’s recent intimate shows taped for Audible. But there is a lot of feeling even without much being spoken to connect the songs in an arc. At King’s, Byrne did speak about the importance of voting and also explained that yes, the instruments were truly wireless — very impressive given how flawless everything seemed.

Standout songs included Talking Heads classics like “Once in a Lifetime” (members of the audience were heard appreciative in their recognition), “Toe Jam” from his collaboration with Fatboy Slim, and “I Dance Like This” from the American Utopia album. The full setlist is below as well as someone’s bootleg video of the show.

And the show even managed to spiritually connect to one of my other favorite shows of the year. Before the final song, Byrne noted that he asked Janelle Monáe if he could cover her protest jam “Hell You Talmbout” and (sadly) permission to “update [the names] as time goes by”. The piece sears the memory black people who died because of violent, racist actions through incantation of names of the lives lost, including Emmett Till, Trayvon Martin, and Walter Scott. That was the final song for the show and Merrill Garbus (of Tune-Yards, the opener) joining him to close out the terrific night. After all the joy, the audience was purposefully left with a powerful, meaningful discomfort. 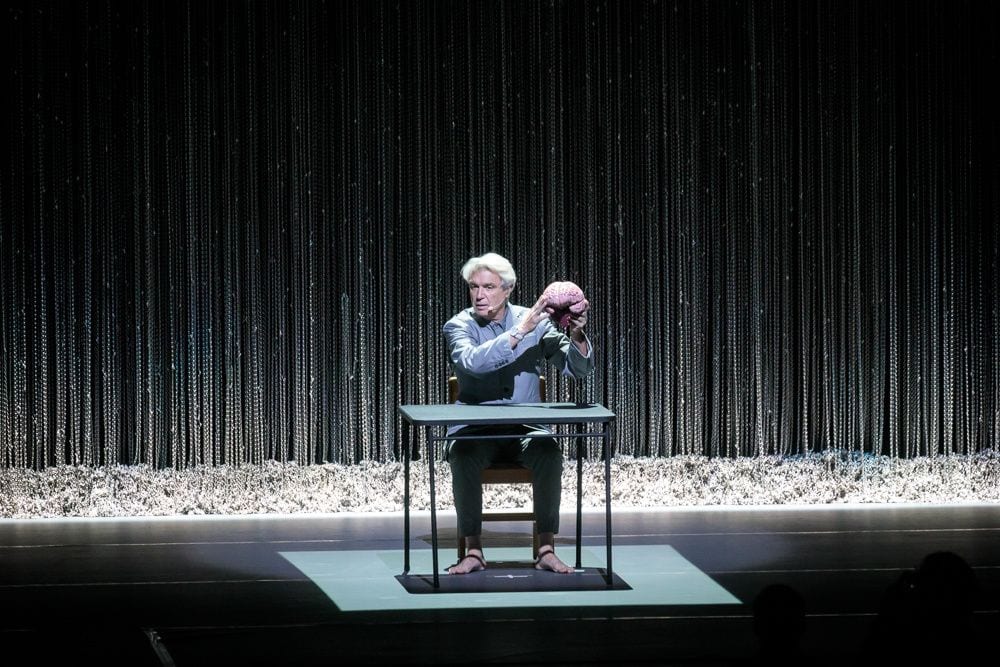 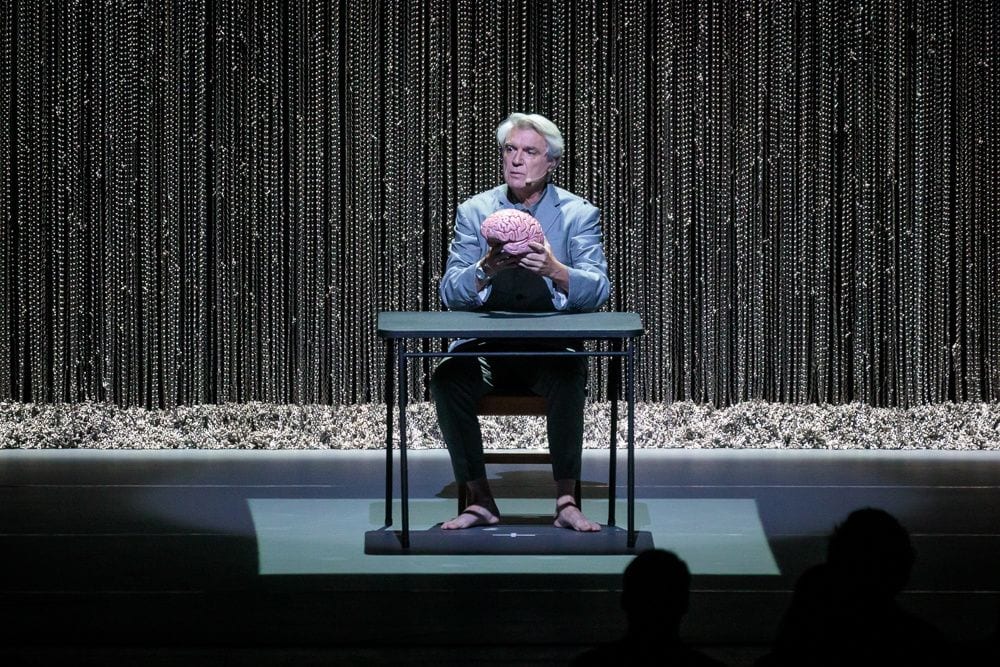 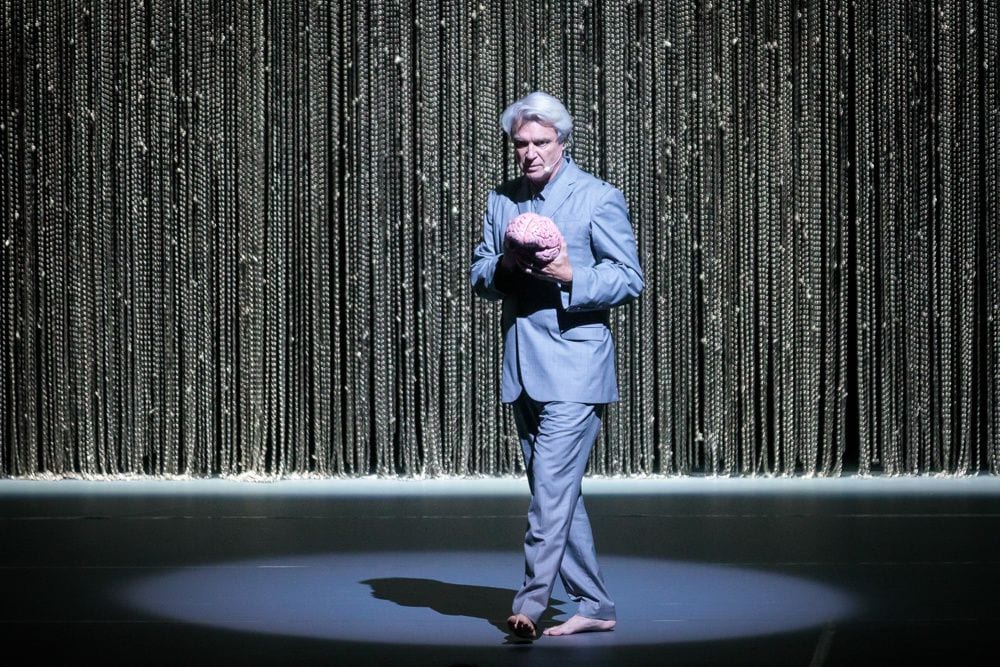 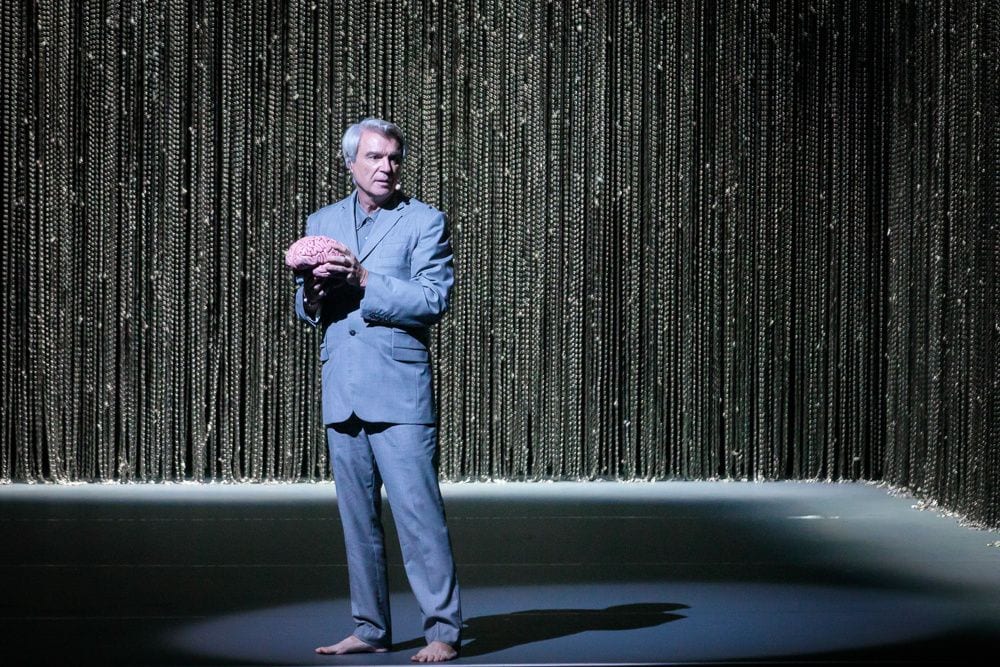 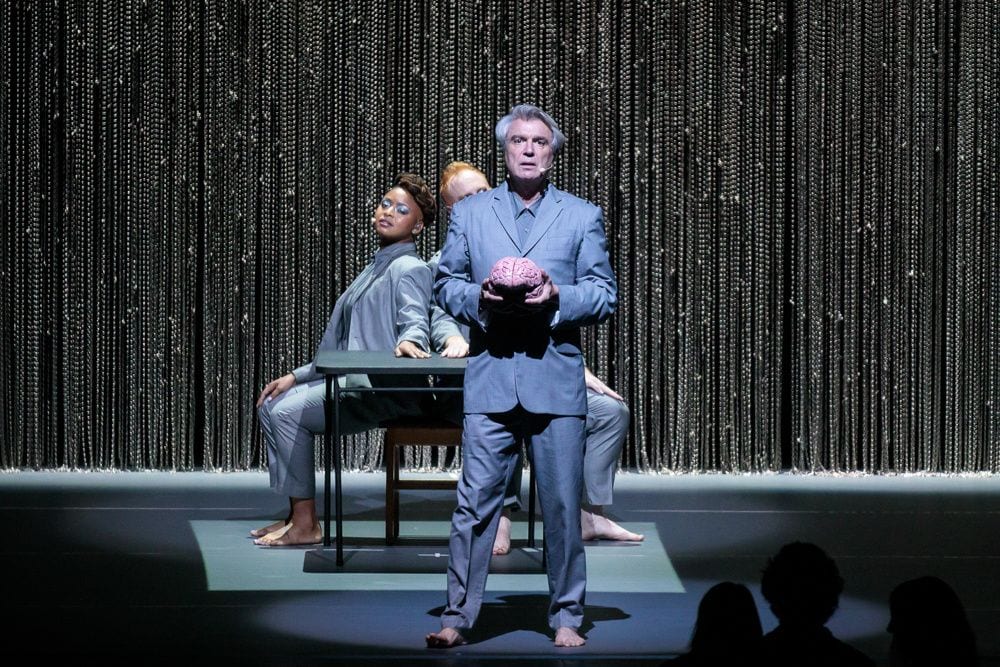 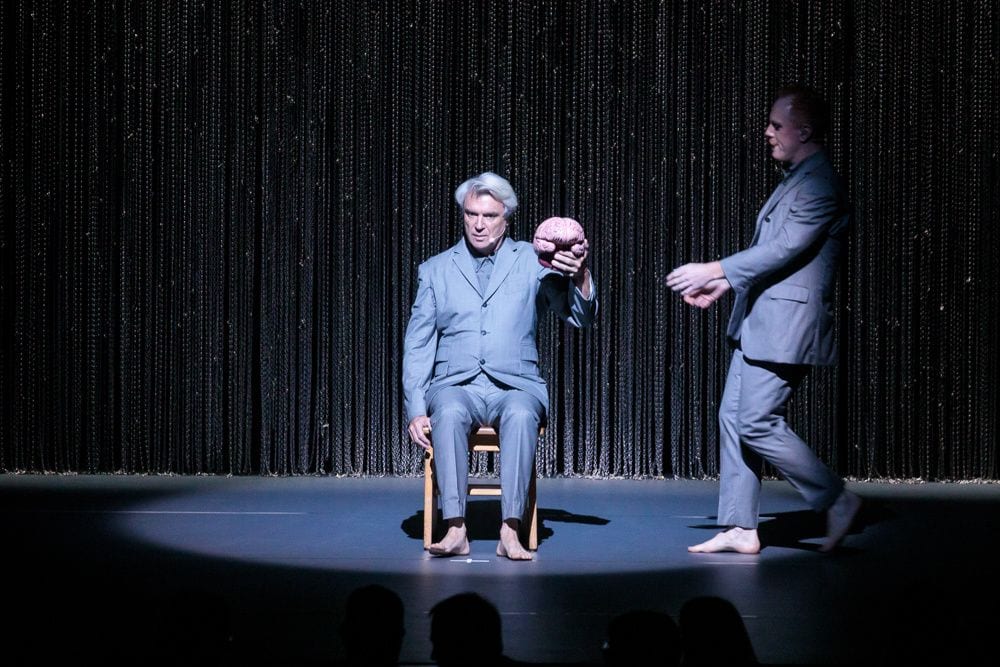 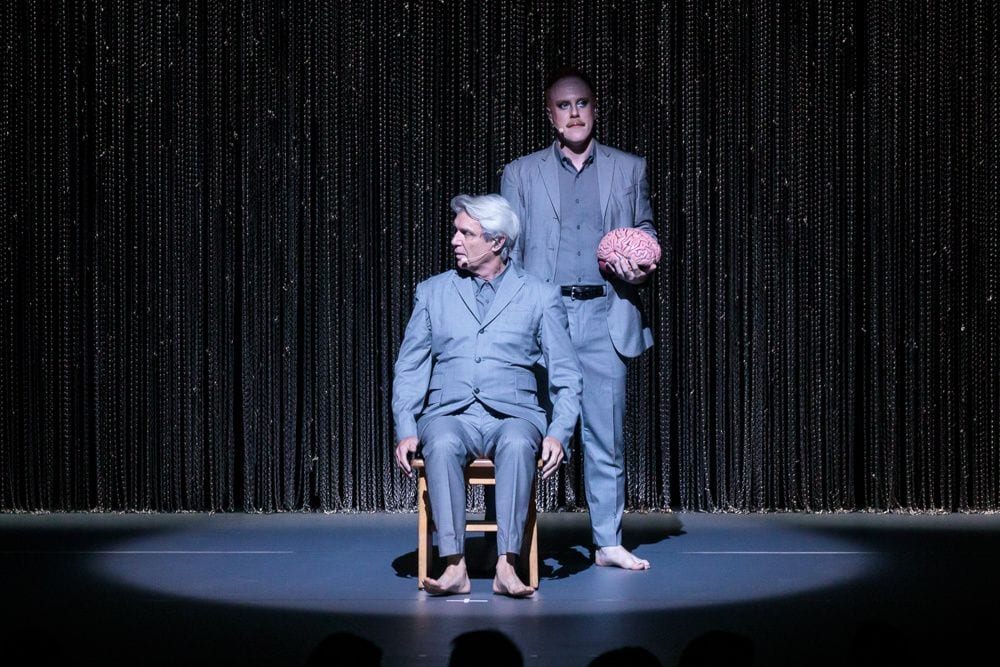 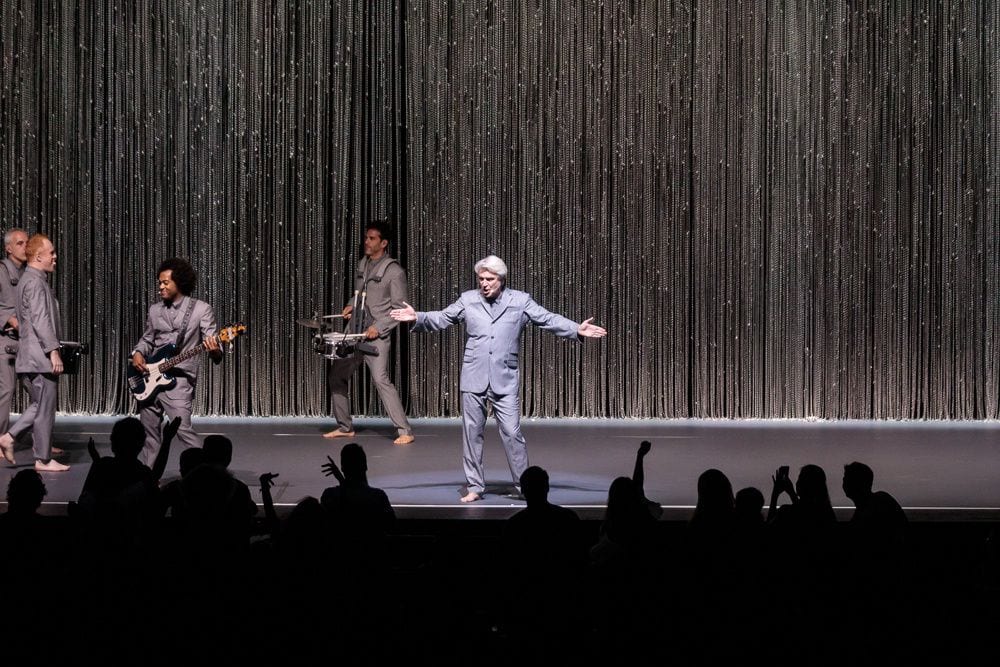 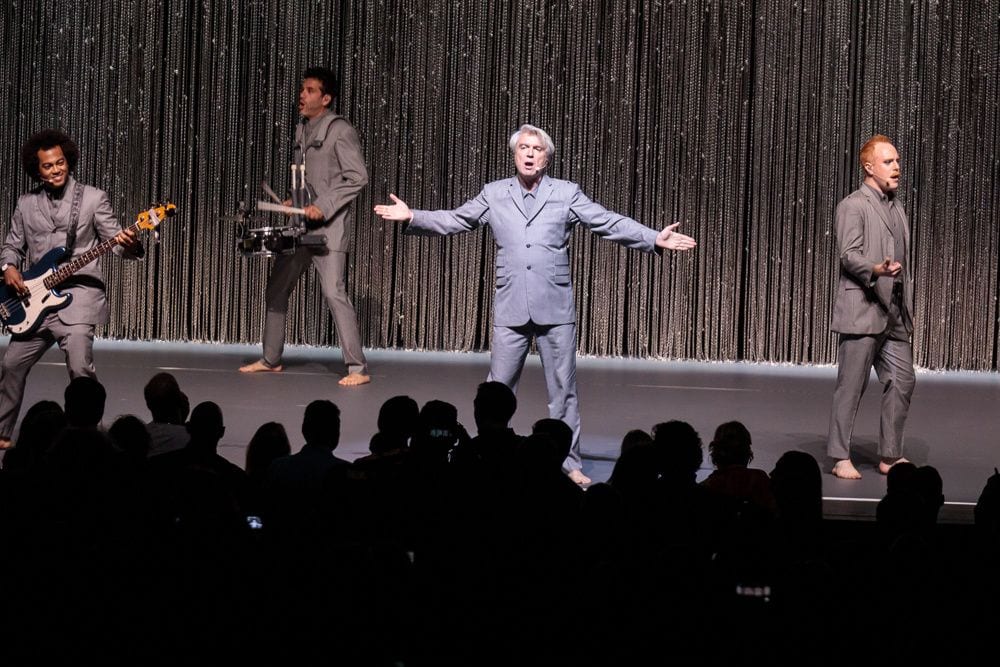 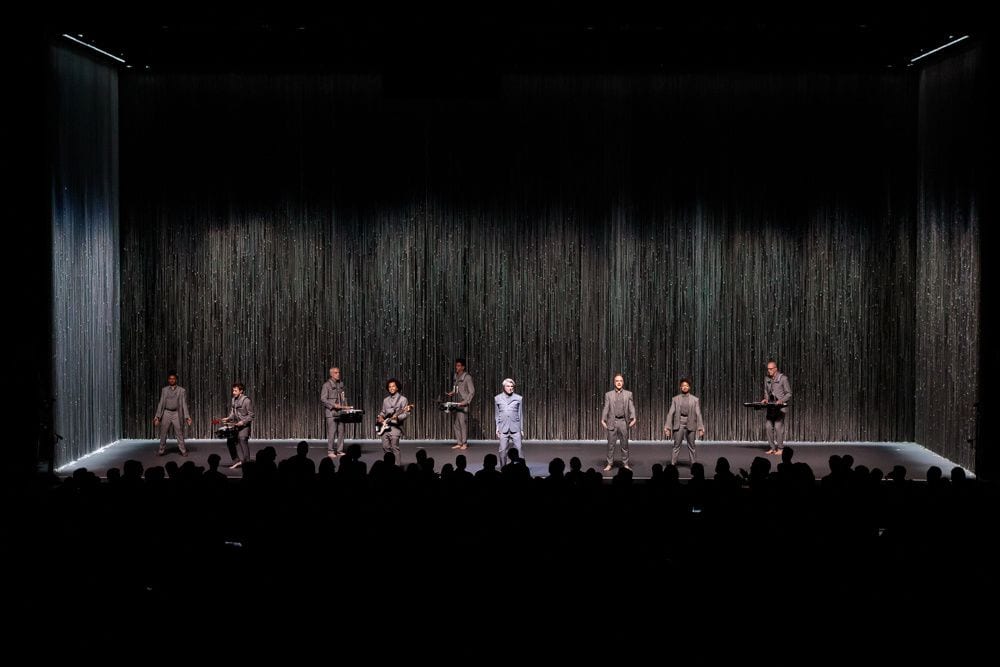 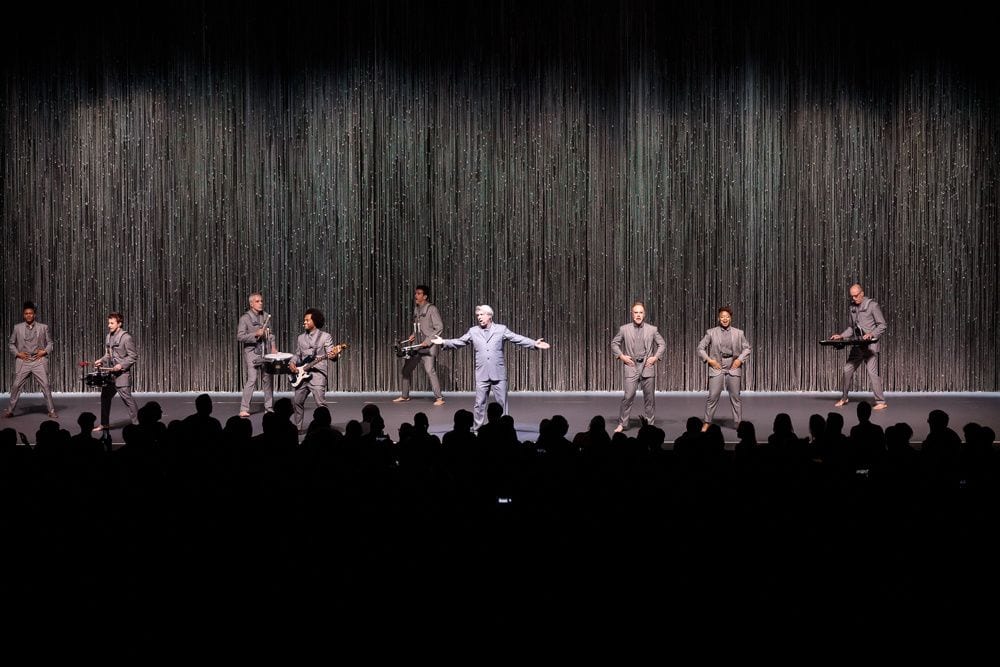 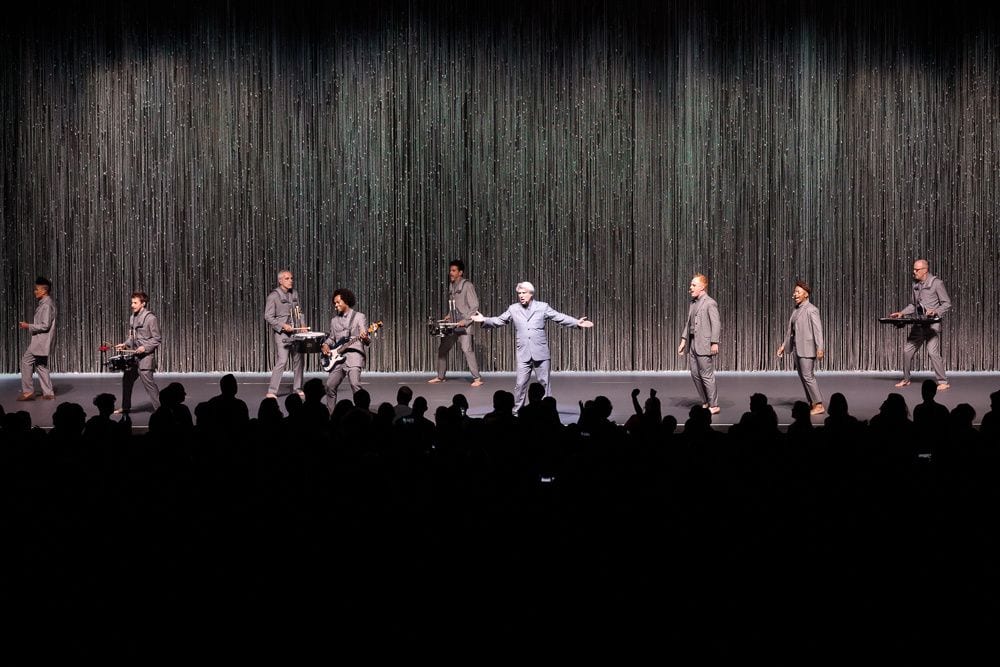 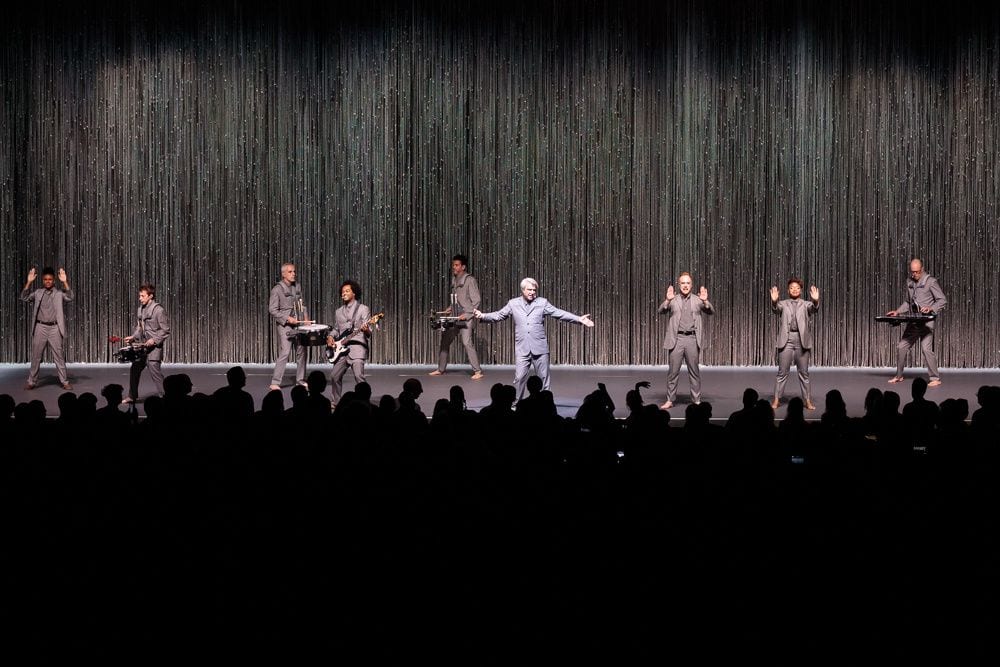 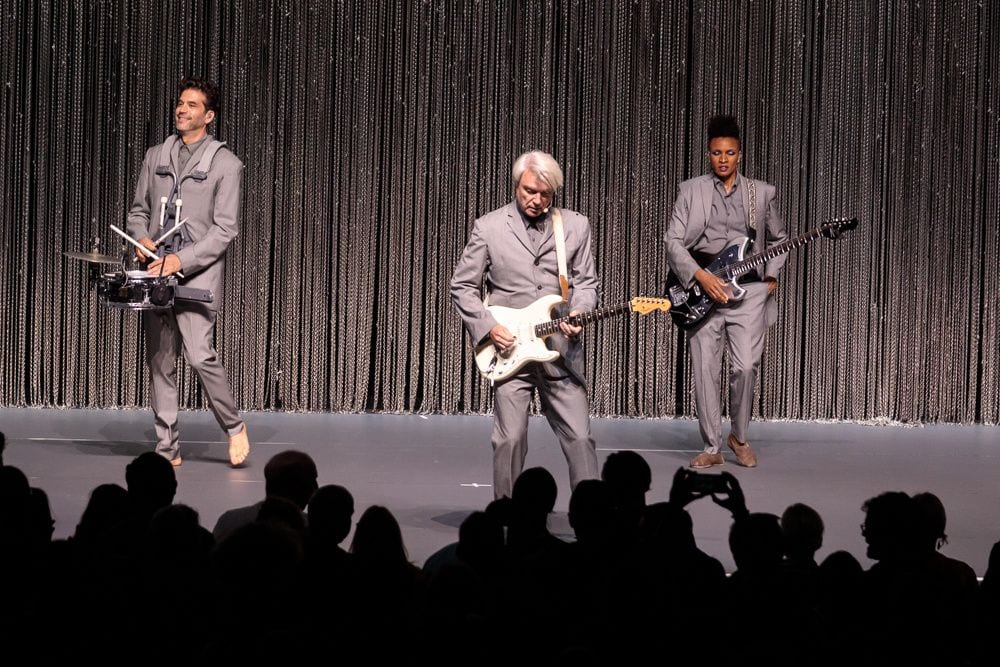 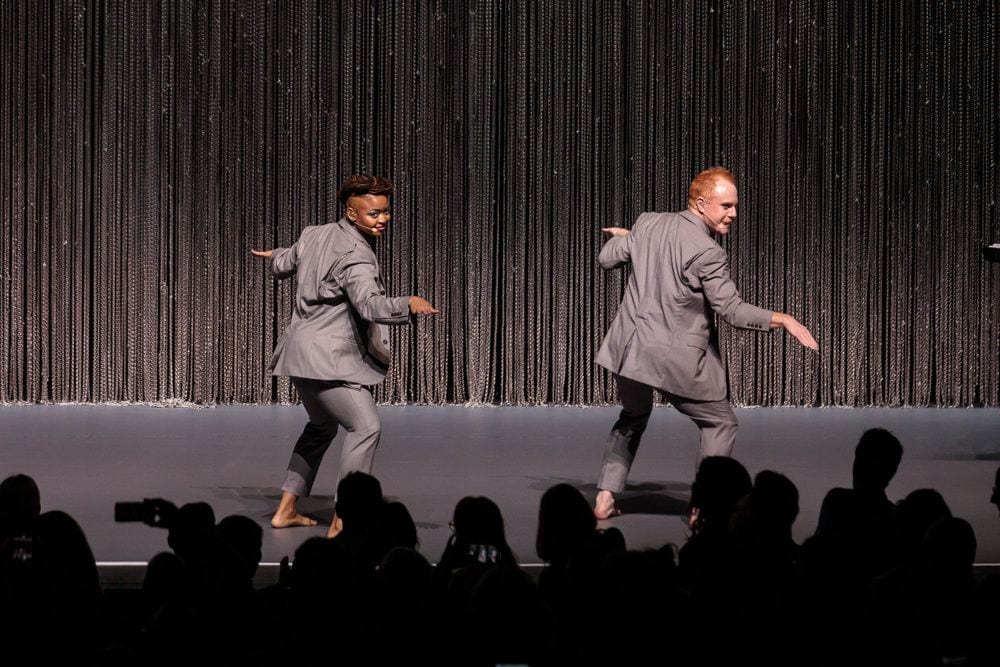 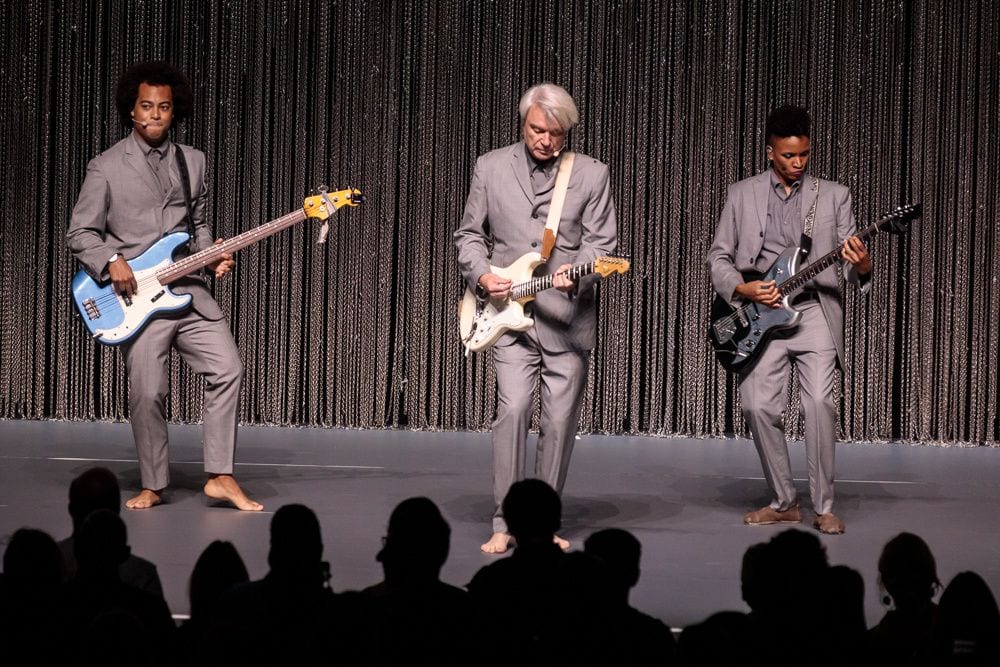 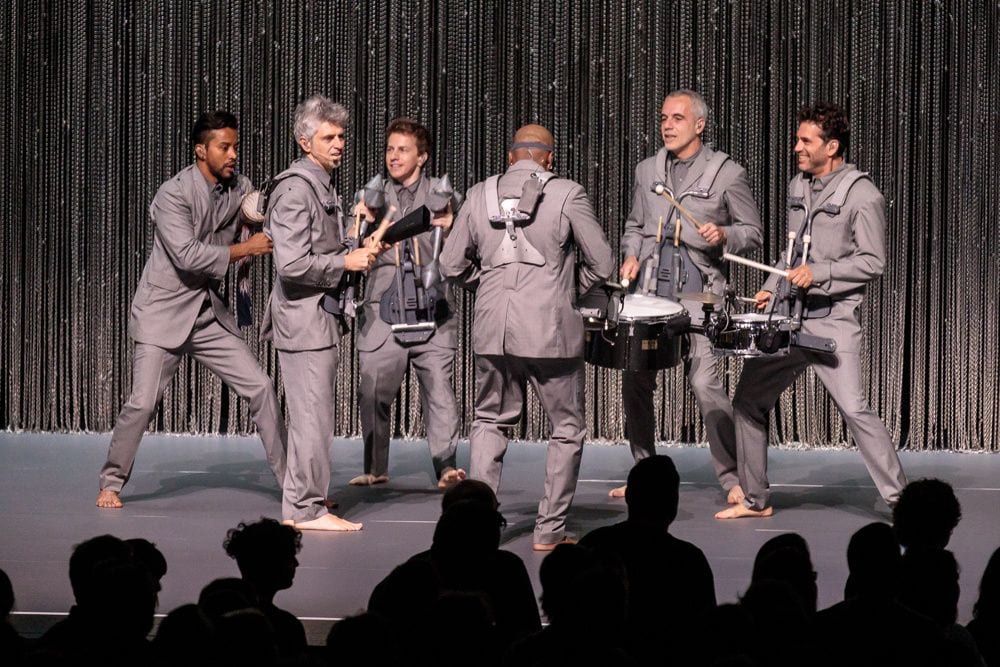 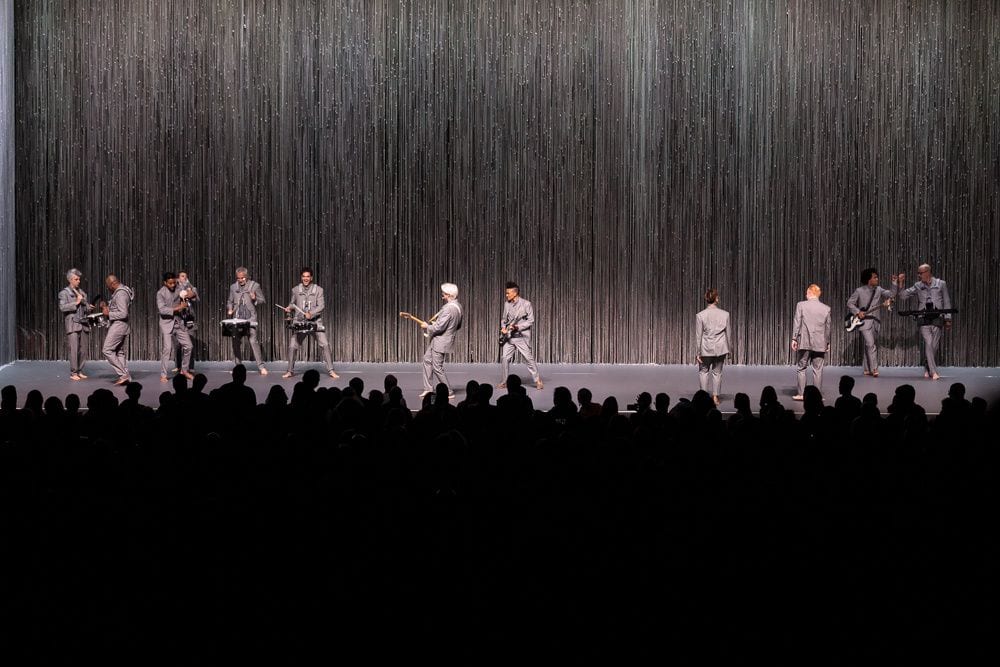 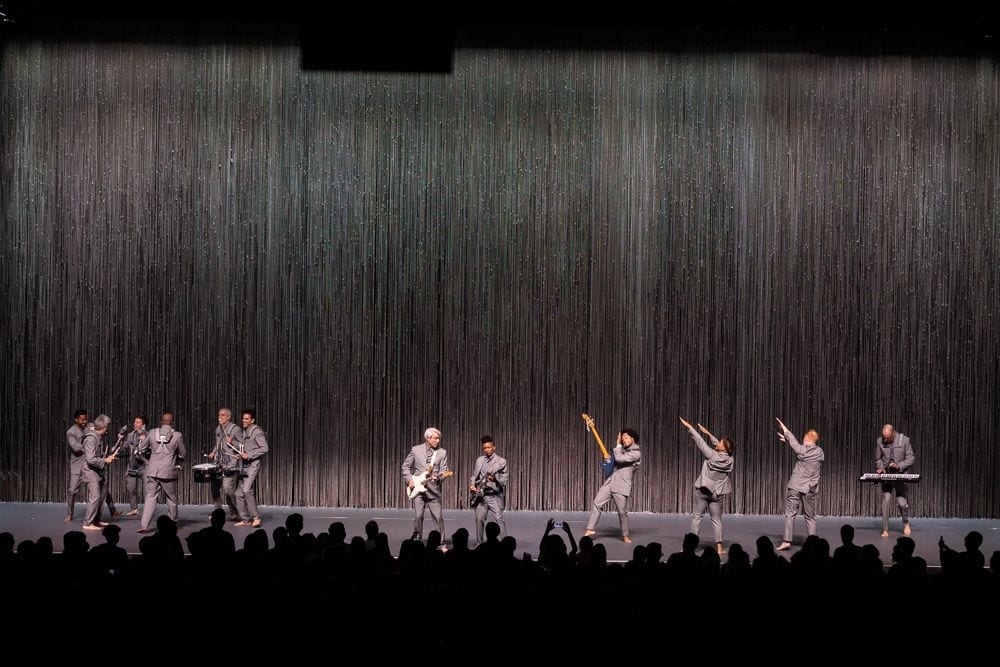 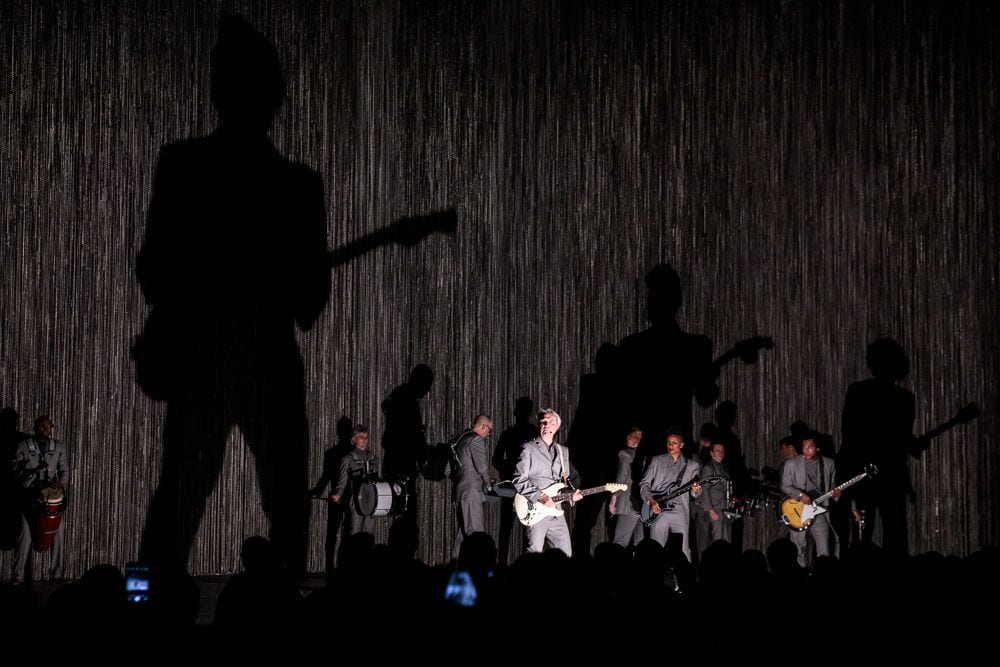