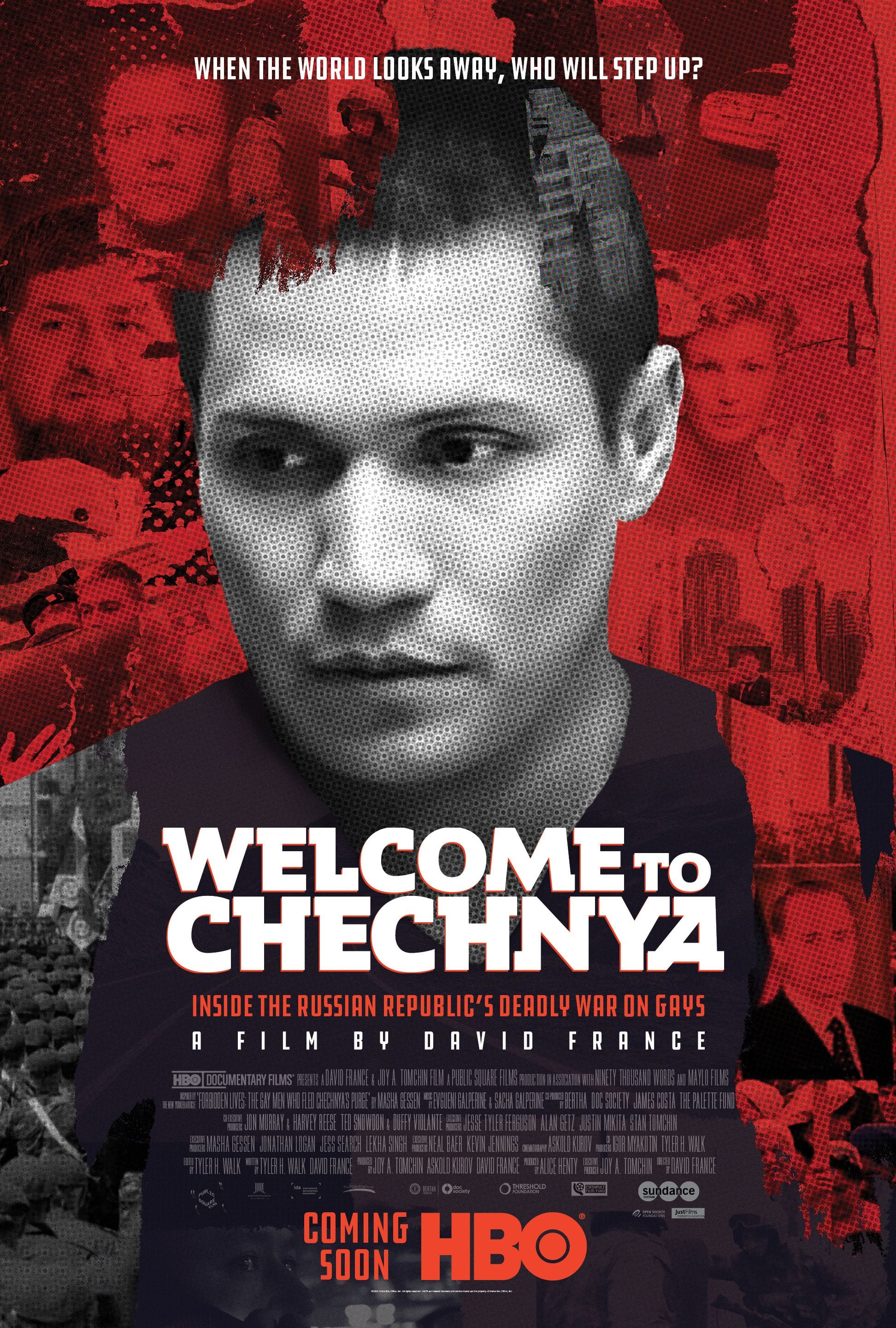 “Imagine in the 21st century, in a supposedly secular country, you have cases where people are killed, simply because they are homosexual…” —David Isteev, LGBTQ+ Activist

Anya finds herself in an ultimatum: Either she has sex with her uncle, in which case he remains silent about her lesbianism, or she is outed as a “disgrace” to her family and quietly disappeared.

Adding to this situation is the fact that Anya’s father is a high-ranking government official.

So beings David France‘s Welcome to Chechnya, a documentary concerning the persecution of LGBTQ+ people in the eponymous state of Russia. The opening minutes of the film, which include a phone call from Anya, is preceded with a disturbing disclaimer: “For their safety, people fleeing for their lives have been digitally disguised.” Thus, the audience finds itself within the throes of a repressive regime hell-bent on detaining, torturing, and in some cases, killing its citizens solely because of their sexual orientation. Some viewers will be shocked to discover that these purges aren’t the result of the barbarism we naïvely think was left behind in the 19th and 20th centuries. The mass detention of LGBTQ+ people in Chechnya dates back to March 2017.

The recent history of the Chechen government’s crimes against humanity is calmly relayed to us by David Isteev, a Crisis Response Coordinator for The Russian LGBT Network. Chechnya is a majority Muslim state tucked away in Southern Russia. As Isteev describes it, Chechnya is “a completely closed society with its own customs and language.” As history filled with tragedies and farces would have it, the current persecution of its LGBTQ+ community began by chance: A drug raid in the winter of 2017 led to the confiscation of a suspect’s cellphone, leading to the discovery of “explicit gay photographs and text messages.”

The suspect in question was tortured and forced to out others, creating a domino effect in which all those arrested turned in another ten people, who were also tortured and then returned to their families, who were told to kill them. In the midst of this, Isteev and his fellow activists decided to help people escape Russia via a secret shelter in Moscow. From there, the persecuted are moved to safe houses across Russia until a route to friendlier nations is paved.

Surprisingly, Welcome to Chechnya grants audiences reasonably open access to the shelter. The fear of the shelter’s residents oozes off the screen. Their movements, even amongst one another, are hesitant, and smiles are rare. One resident shares a particularly harrowing experience with a German television station where a casual meetup, decided upon online, turns out to be a police sting. The victim then describes being taken to Argun Prison, where they were beaten and electrocuted for refusing to turn in “others” like them. Other prisoners were met with more brutal punishments, bordering on the barbaric, leading to numerous deaths.

Once again, this is the 21st century in a so-called developed nation.

At the center of Chechnya’s current crisis is its strongman, one of many on the world’s current roster, Ramzan Kadyrov. Kadyrov enjoys support from the Kremlin and is regularly seen lifting weights on his Instagram feed. He perpetuates an image for all Chechens to aspire to, that of one who is “fit, faithful, and ferocious in battle.” Kadyrov, whom Vladimir Putin appointed president in 2007, takes Putin’s traditionalist values to the extreme. While Putin may not be the torturer, he and the Kremlin aren’t bending over backward to do anything about Kadyrov’s actions—this is complicity via a perturbing silence.

Nearly halfway through the film, we are reintroduced to Anya’s story arc. The plan is to get her out of Russia and to get her out fast. Her father’s governmental occupation makes their time of the essence because her disappearance would put all border patrols on high alert. Isteev and his colleagues have designated two teams, one to “distract” and the other to “extract”. Anya makes it to an airport where she is briefly questioned about her travel to an undisclosed country but is allowed to pass, with an edit displaying a jet lifting off the ground seconds later. Things are looking up, for now.

France’s documentary is suffocating, as testimonies are interspersed with confiscated videos of police brutality and mob violence. Respites are a rarity, as those persecuted have to deal with, amongst other things, denied visas, assimilation to foreign countries, paranoia, and long-term separation from family and loved ones.

What makes France’s film compelling, however, is its immediacy. I claim it suffocates because it is as if the events are occurring in real-time, with the audience playing helpless spectator. There’s a vast difference in watching a documentary about an event buffered by time as opposed to a historical chapter that has not yet plateaued. However, with knowledge of the situation in Chechnya, and most of us not having access to international apparatuses such as the United Nations (in which Russia plays a significant role) or Human Rights Watch, is there a discernible difference?

What needs to be consistently kept in mind, Isteev urges, is that without accountability for these human rights violations, any of us can end up in the shoes, if you will, of queer Chechens.

Grisha (right) with his boyfriend Bogdan (left) (courtesy of HBO)

Writing in his Theses on the Philosophy of History, German philosopher Walter Benjamin states: “One reason why fascism has a chance is that in the name of progress its opponents treat it as a historical norm. The current amazement that the things we are experiencing are ‘still’ possible in the twentieth century is not philosophical.” That is to say, the persecution of queer individuals in Chechnya, or anywhere in the world, should come as no surprise, or “amazement”. It’s a motif undergirding the history of civil society that certain people will always be identified for extermination. However, this history cannot be written by Putin and Kadyrov, which magnifies the importance of France’s film, which serves as a stage from which disturbing truths can be spoken.

Isteev and Benjamin refuse the normalization of fascism in its many faces, including the normalization of fascism as just another historical phenomenon. Fascism is not the result of historical progress. On the contrary, fascism was (and is) the result of national discord, mass disaffection, and inaction from so-called progressives. It came to define the first half of the 20th century, leaving a restructured world and millions dead in its wake.

Its resurgence threatens to do much of the same. What is required to emerge victorious over fascism and the forces of oppression, which in turn reshapes how we learn and study history, are fearless angels like Isteev and his colleagues, for Anya and the countless others in her situation will not cease to call for us.