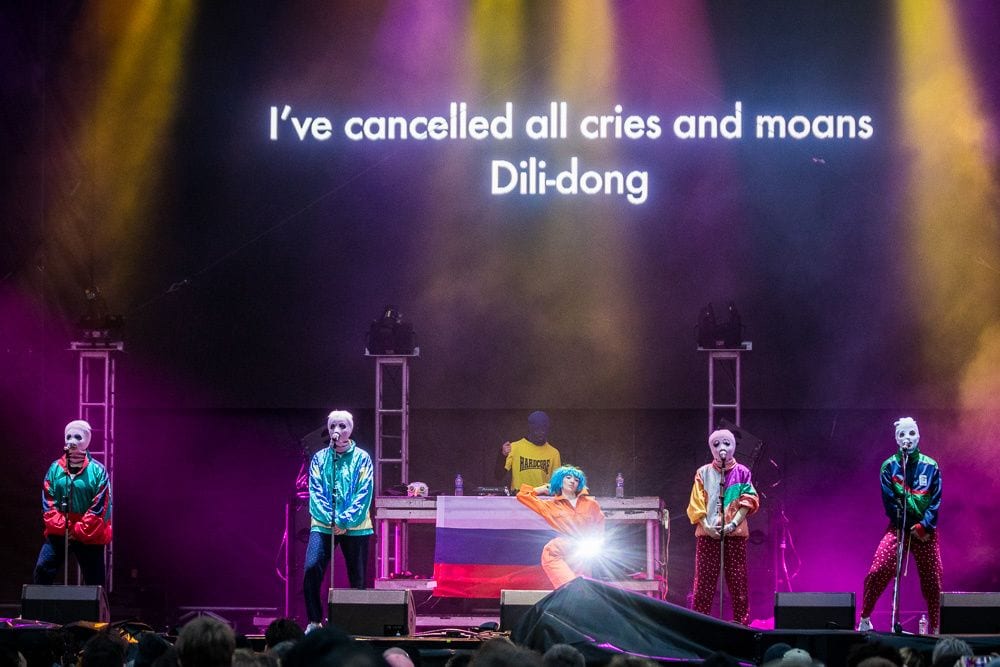 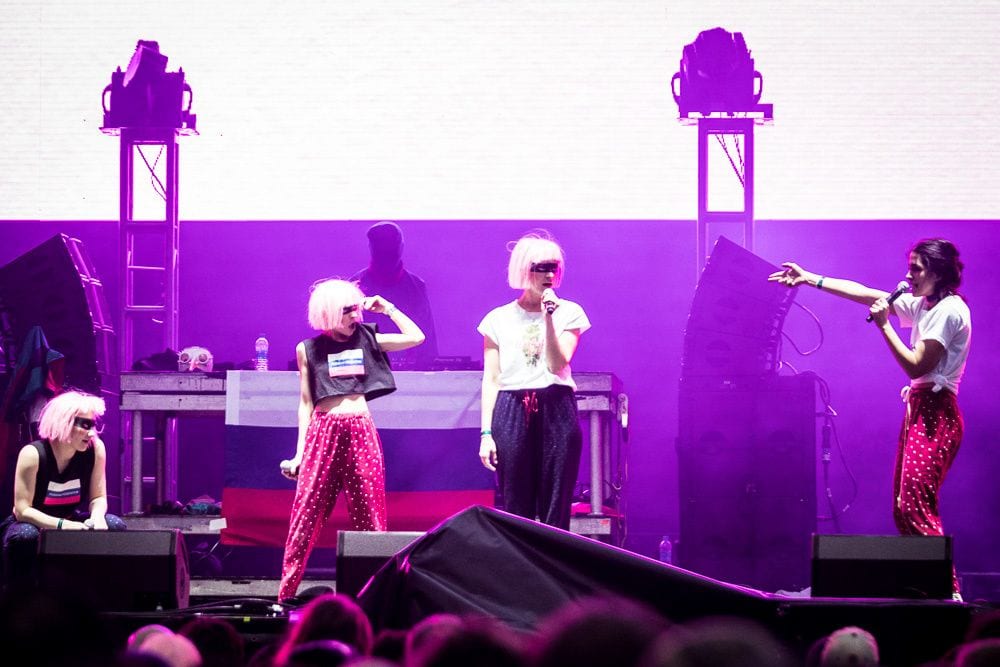 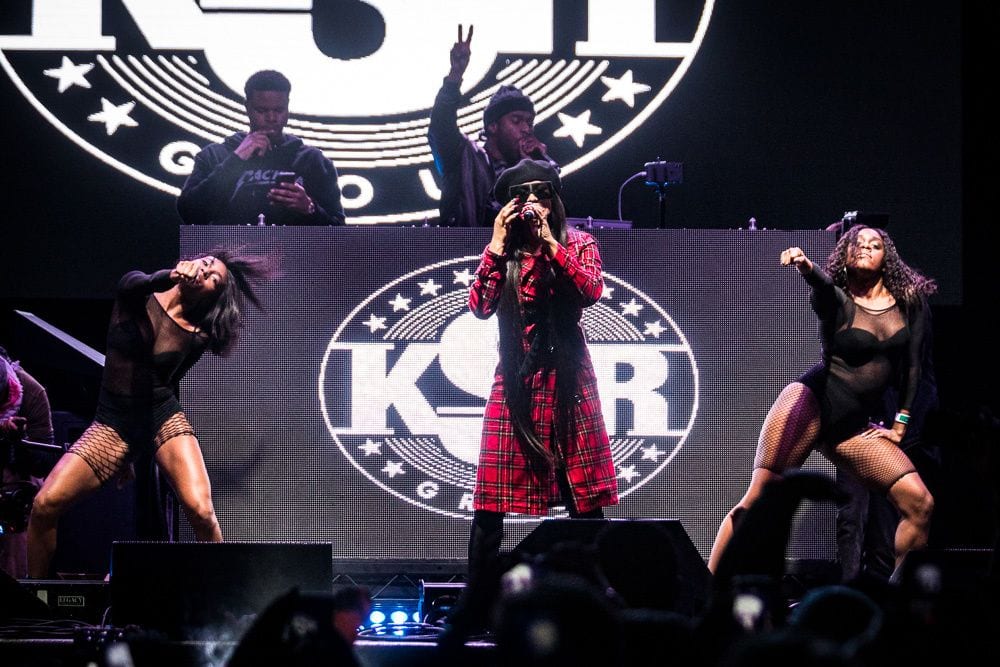 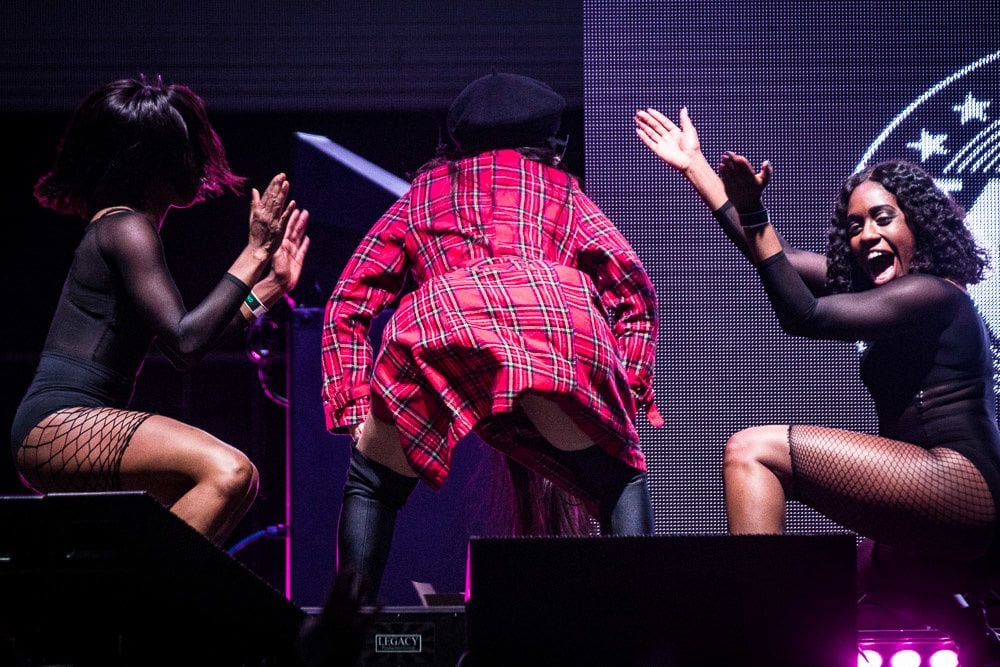 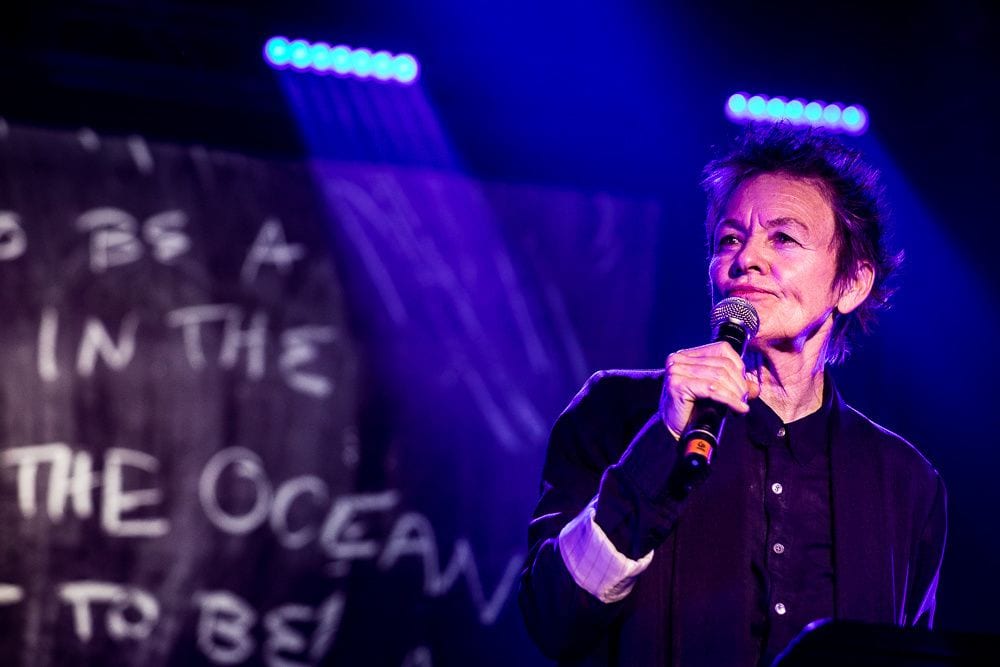 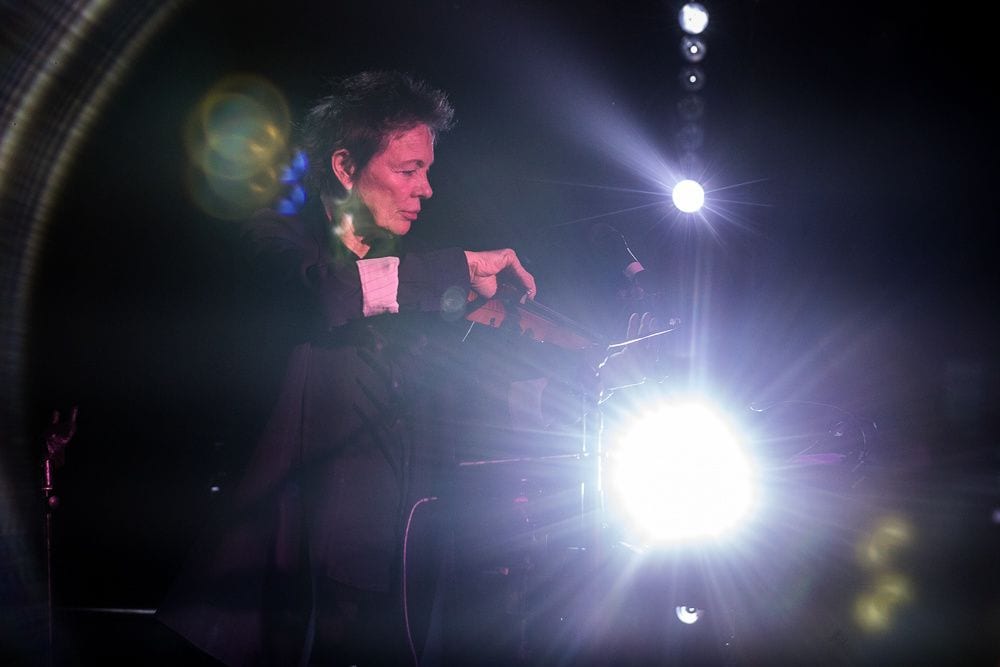 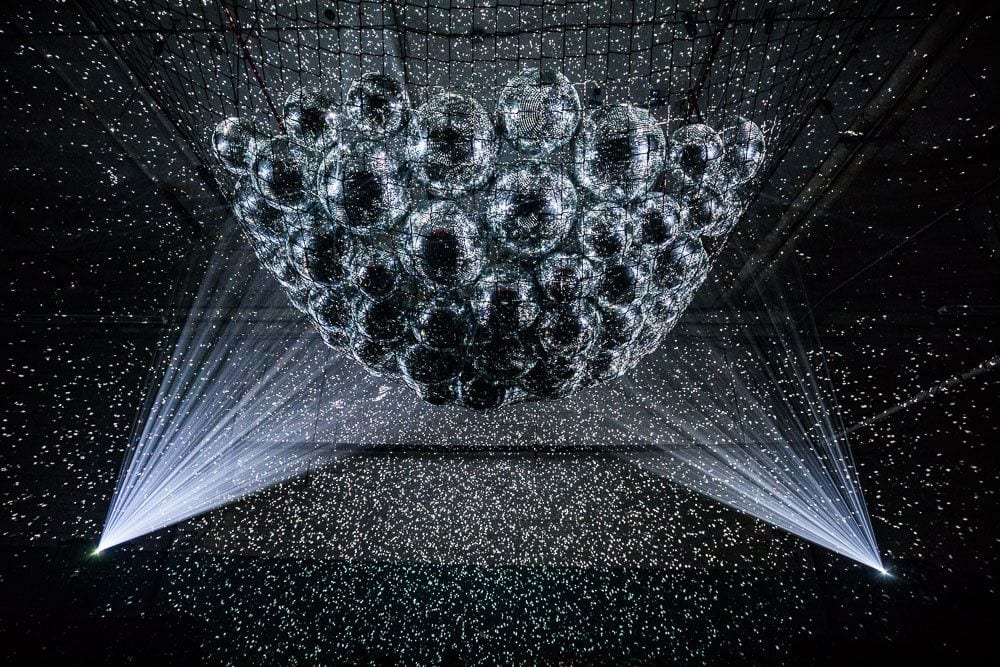 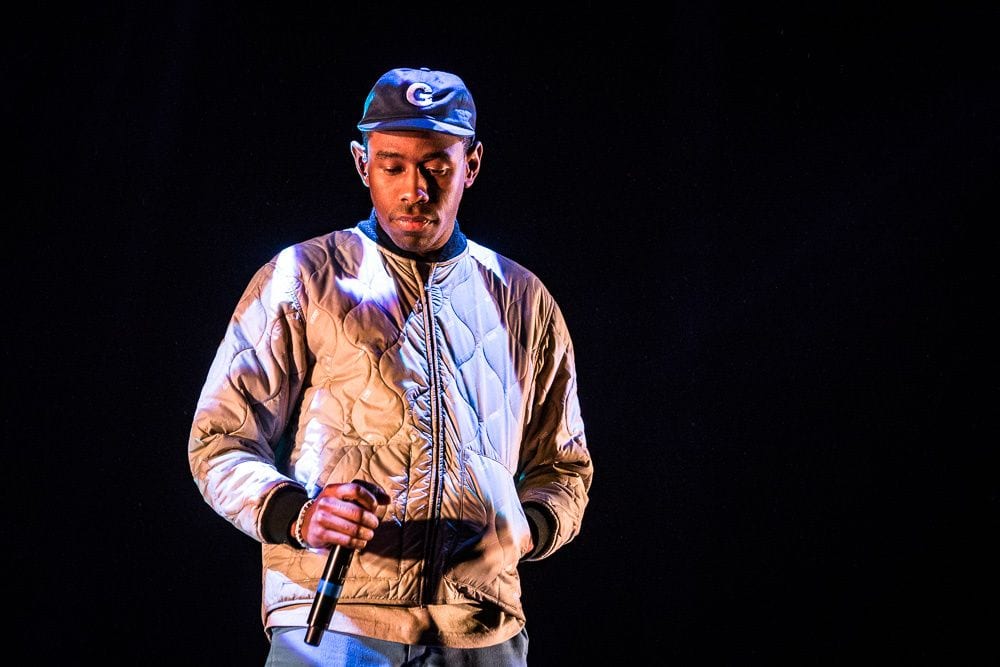 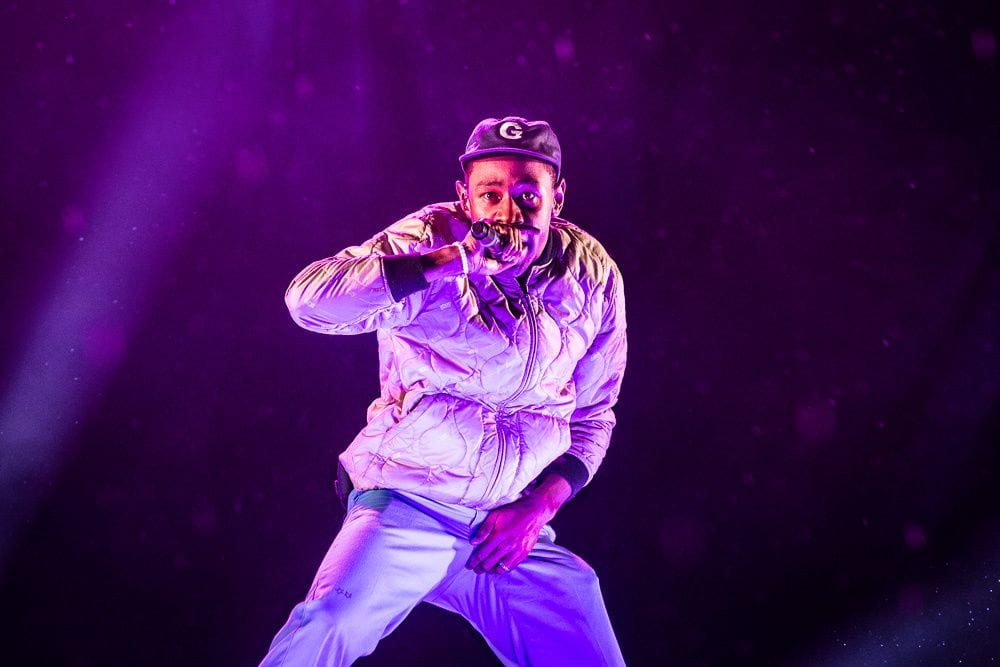 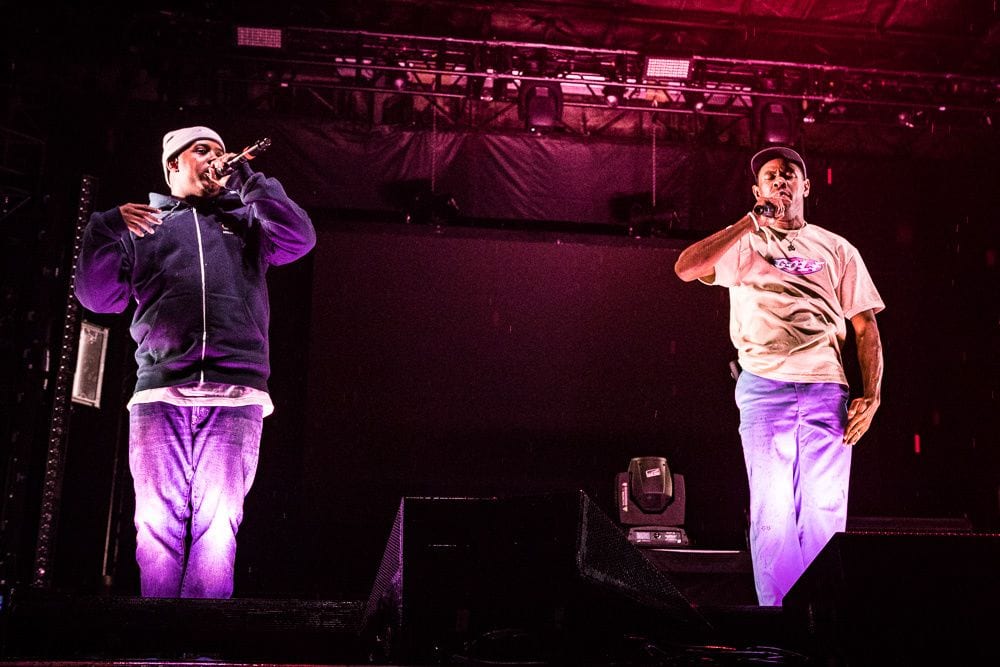 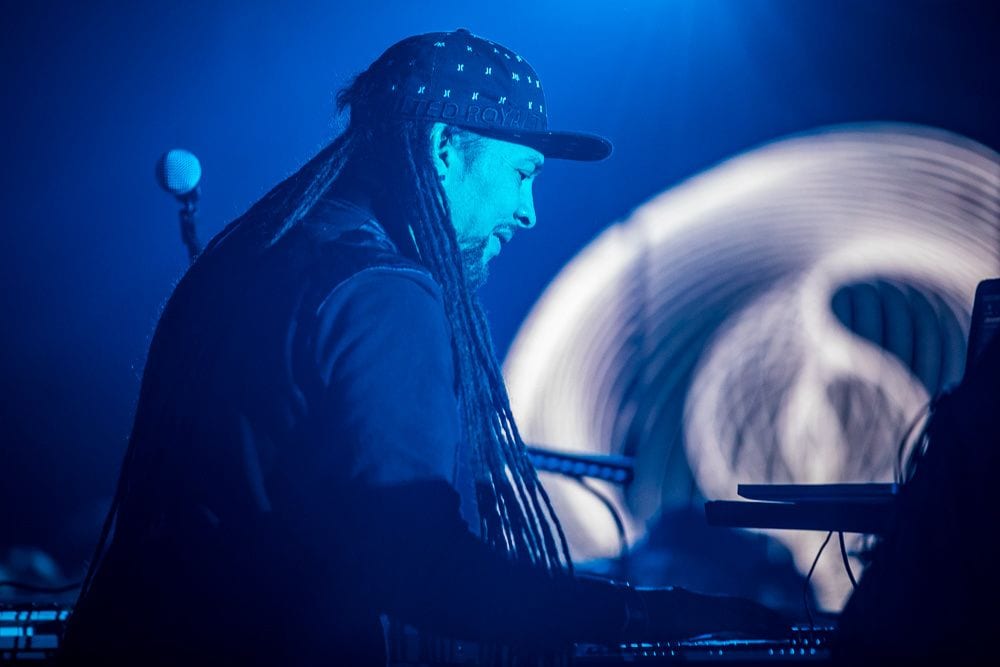 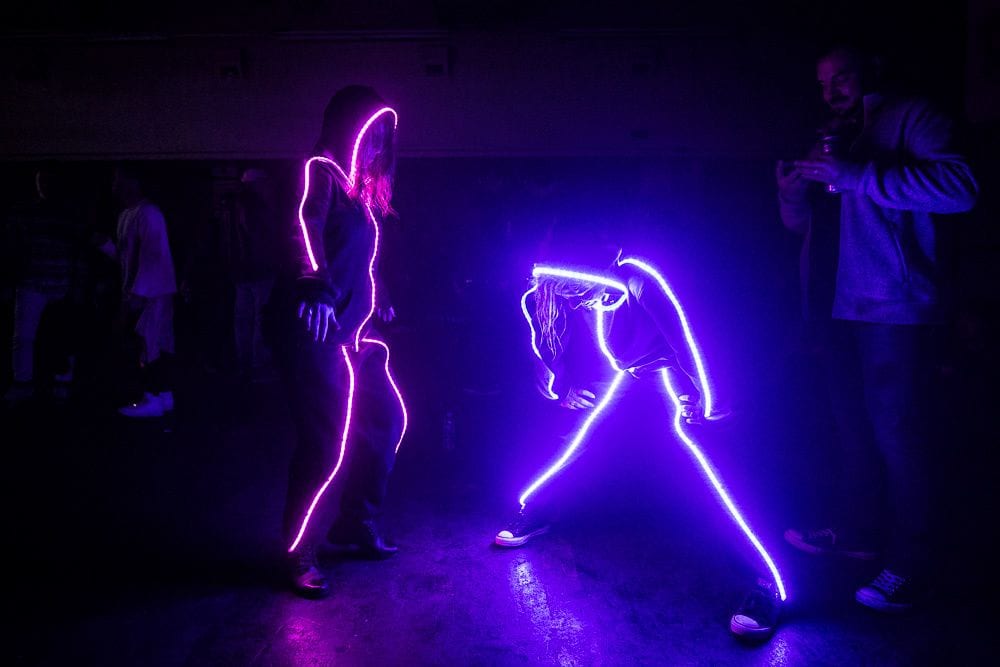 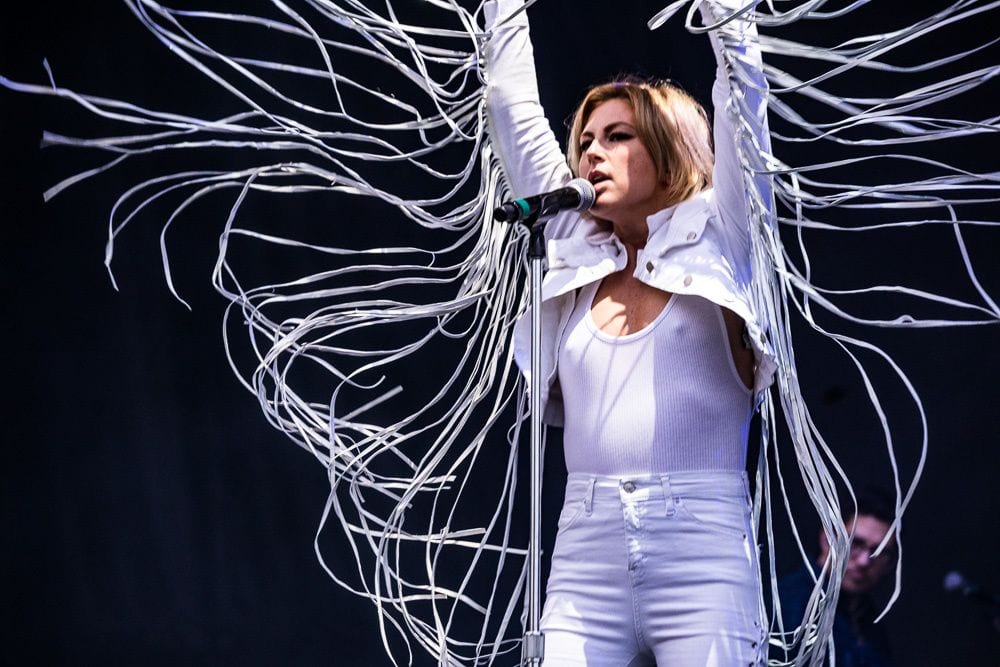 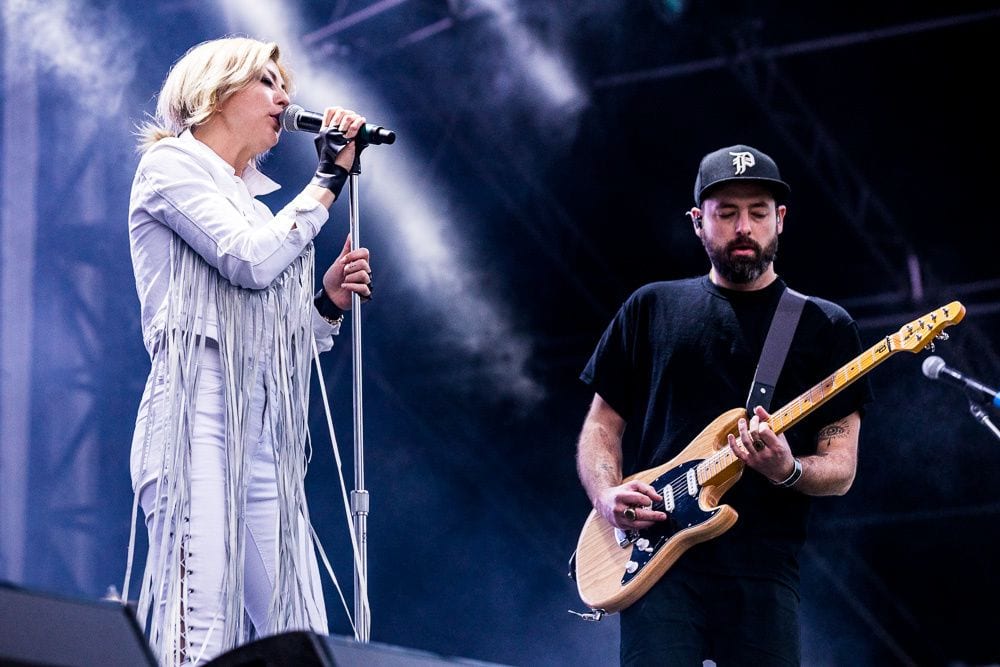 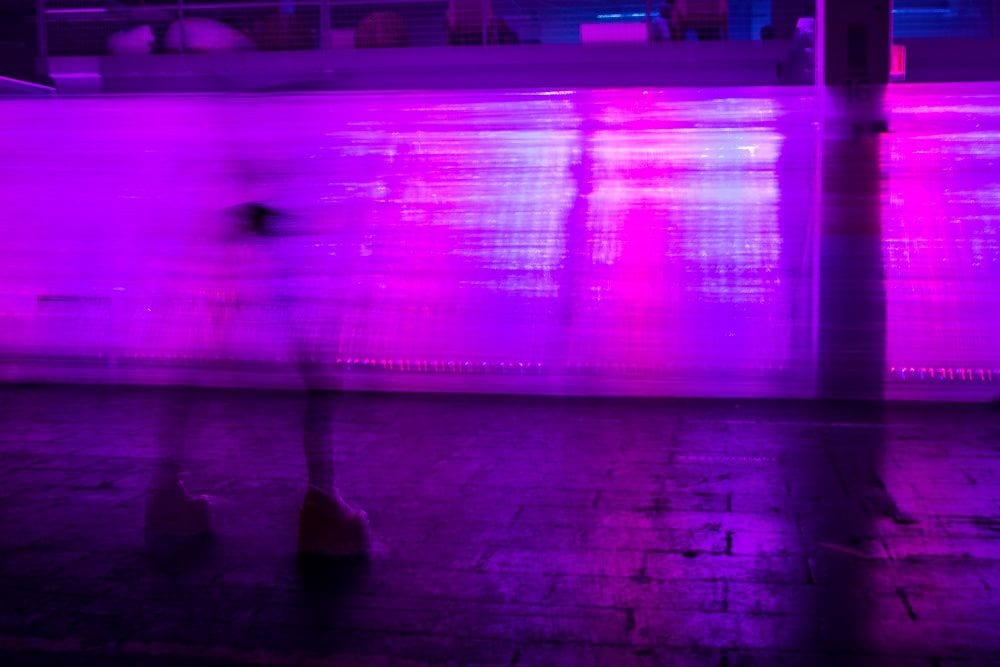 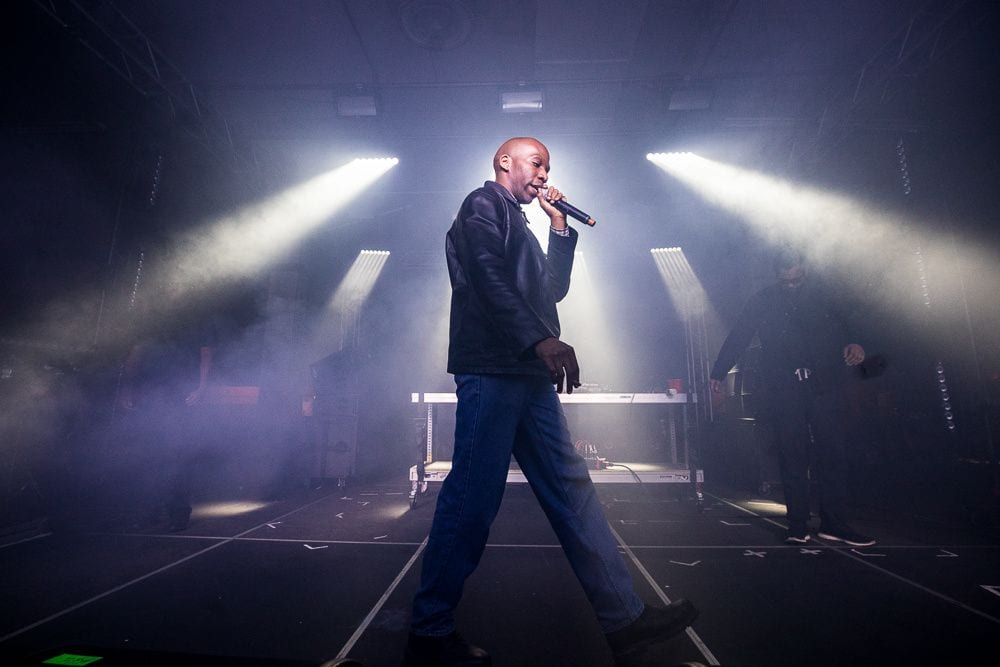 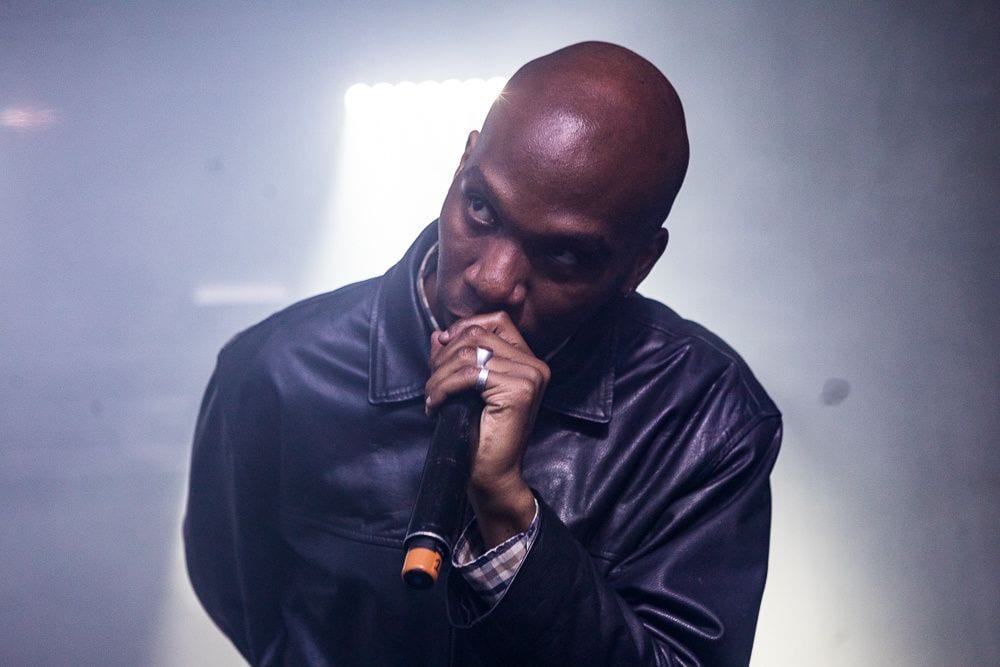 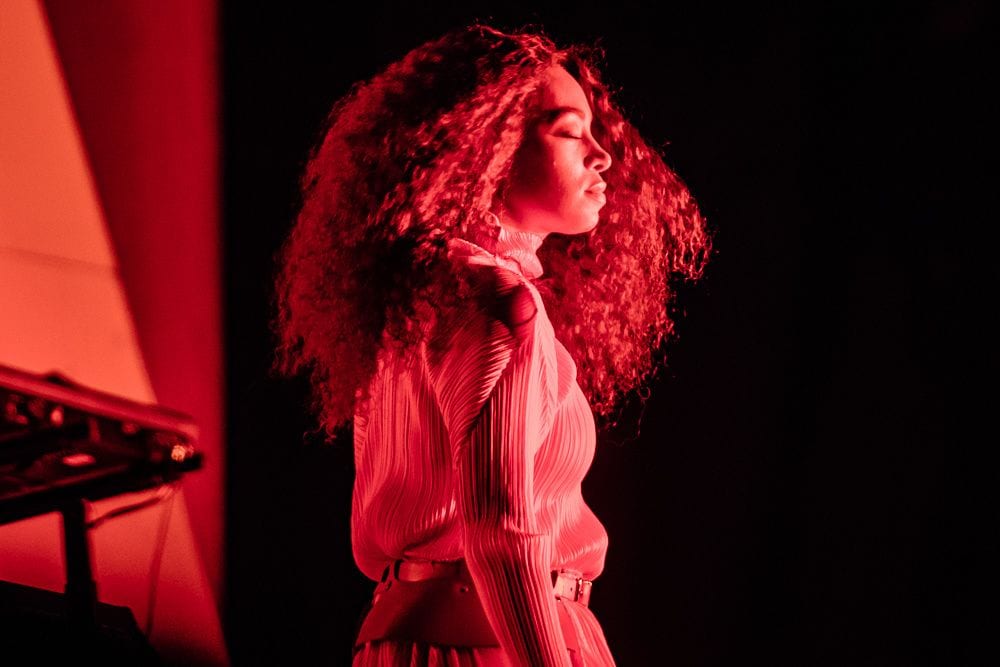 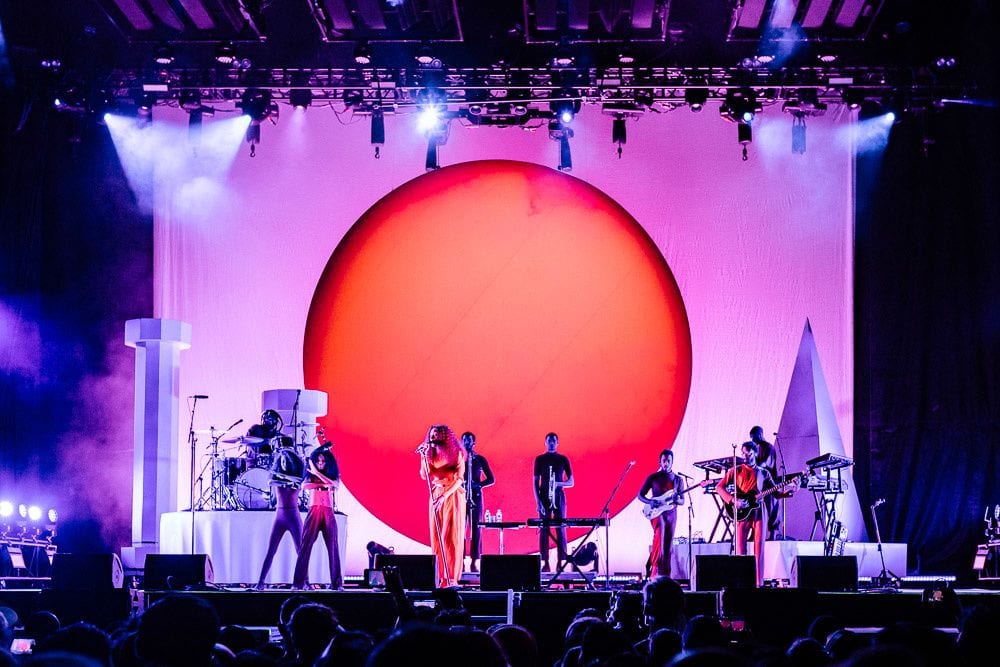 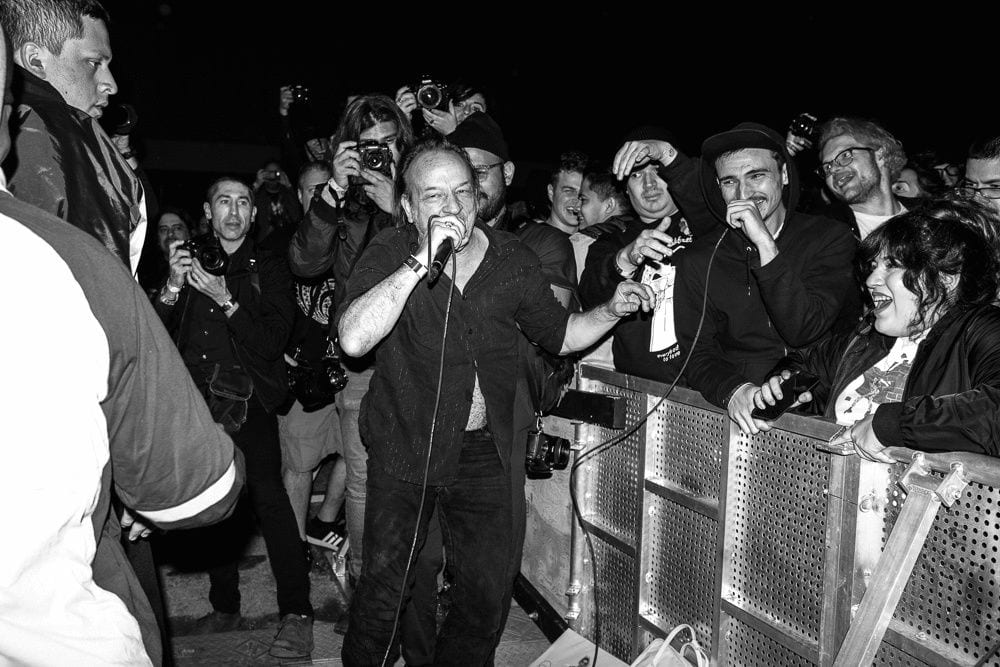 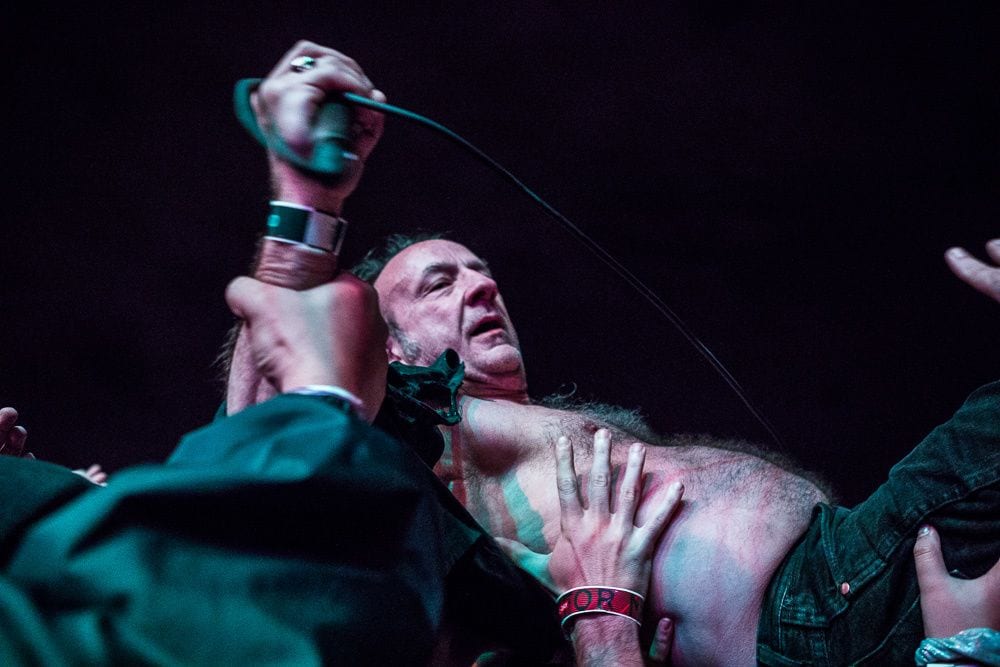 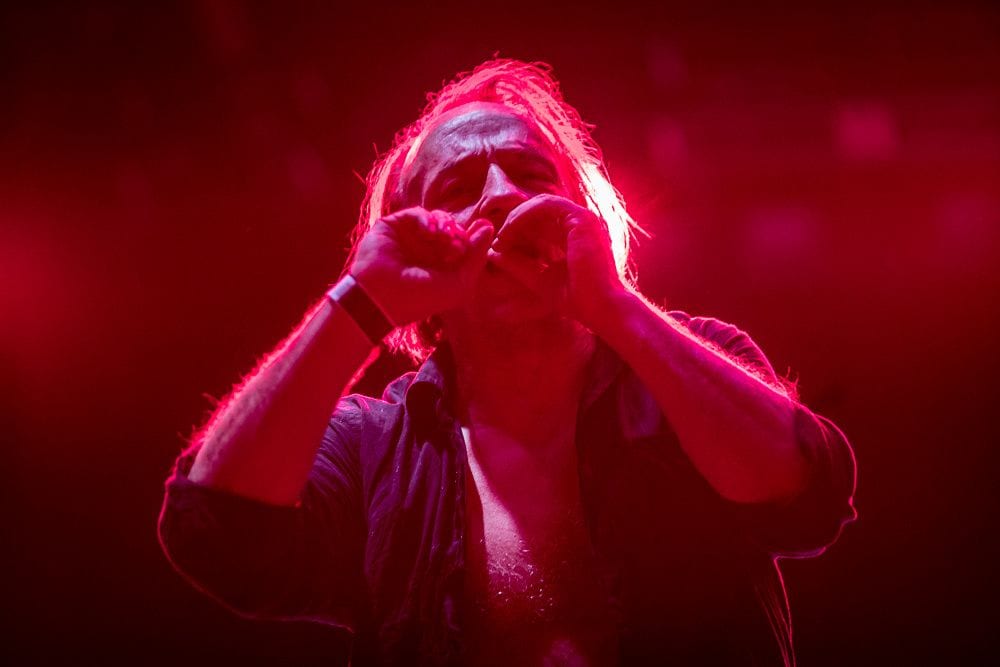 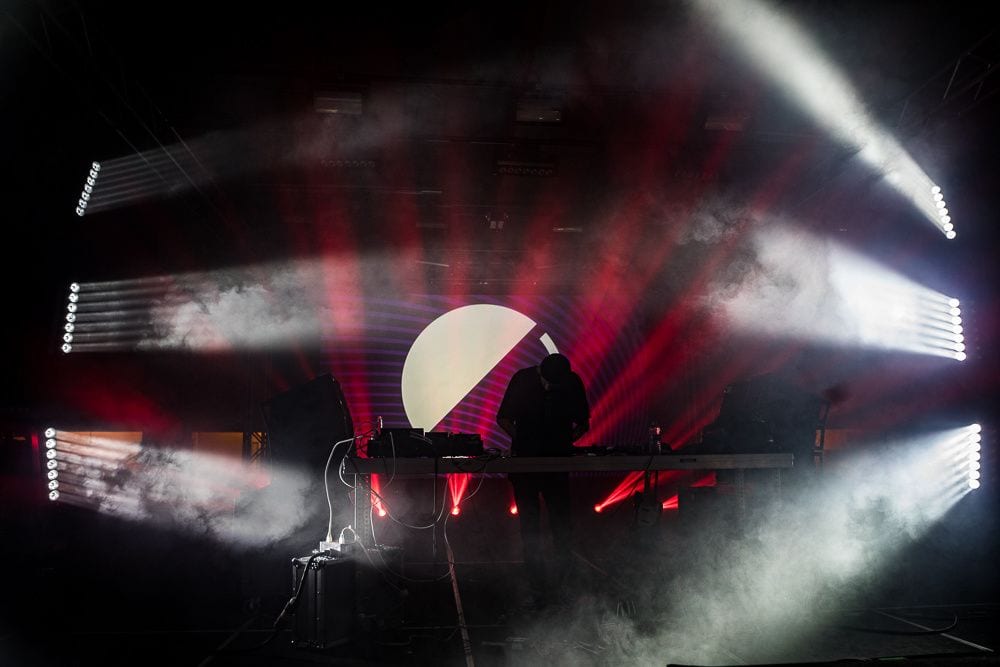 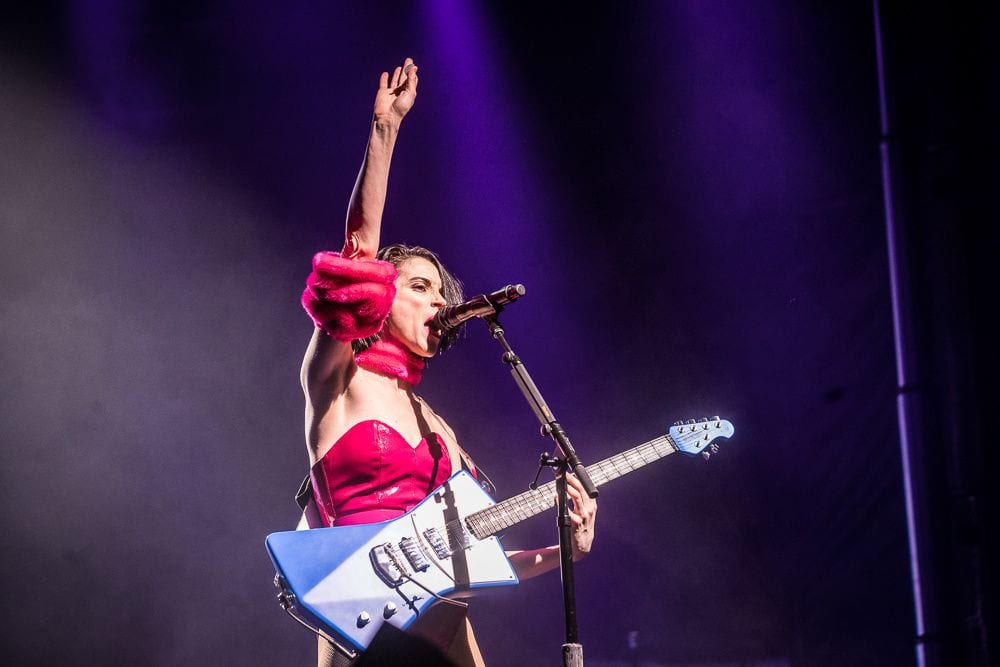 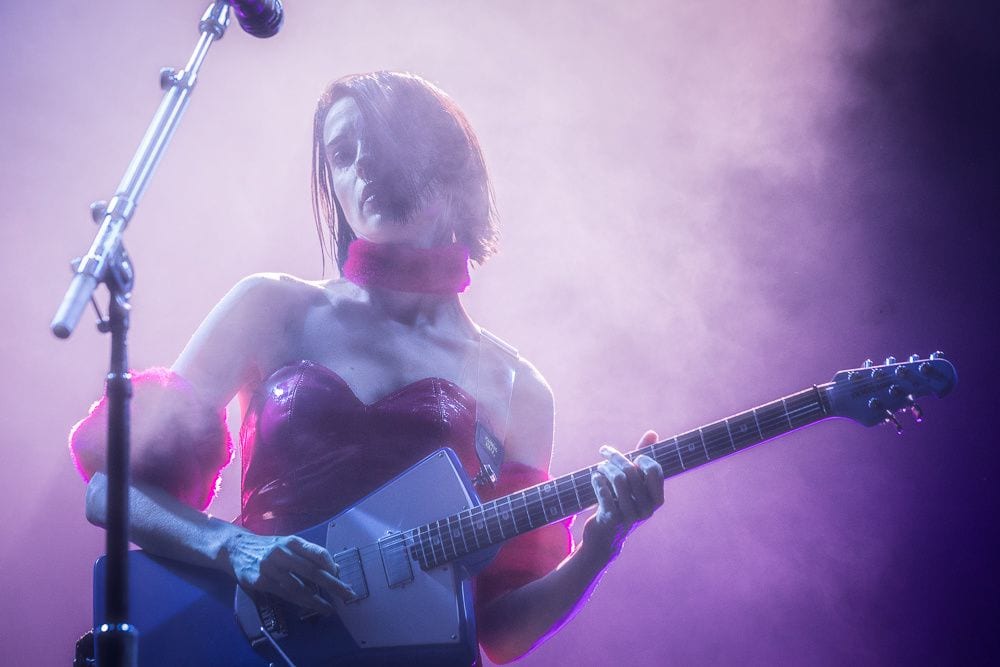 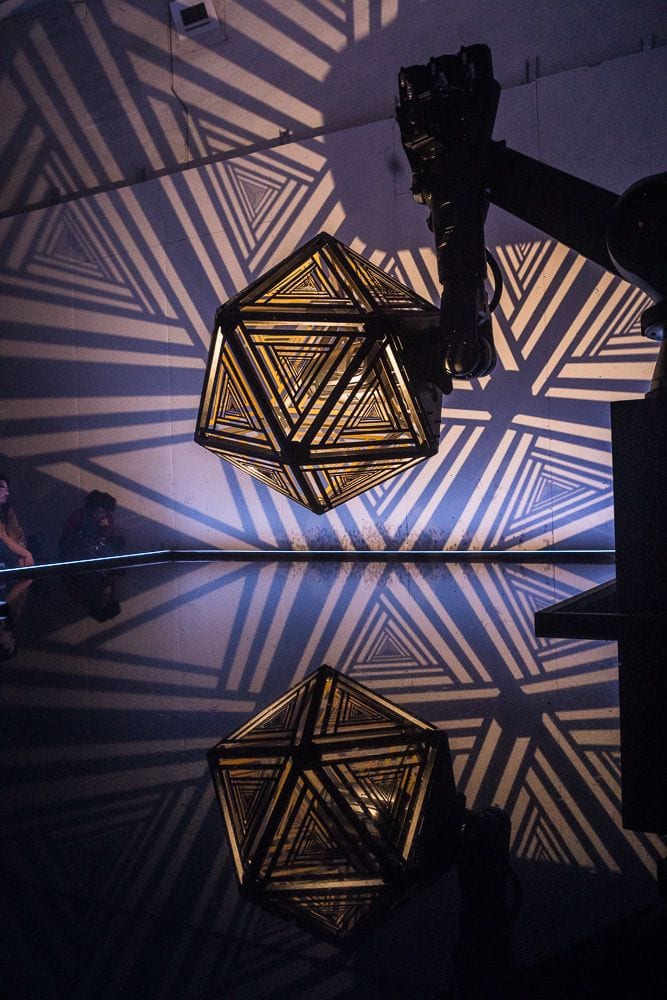 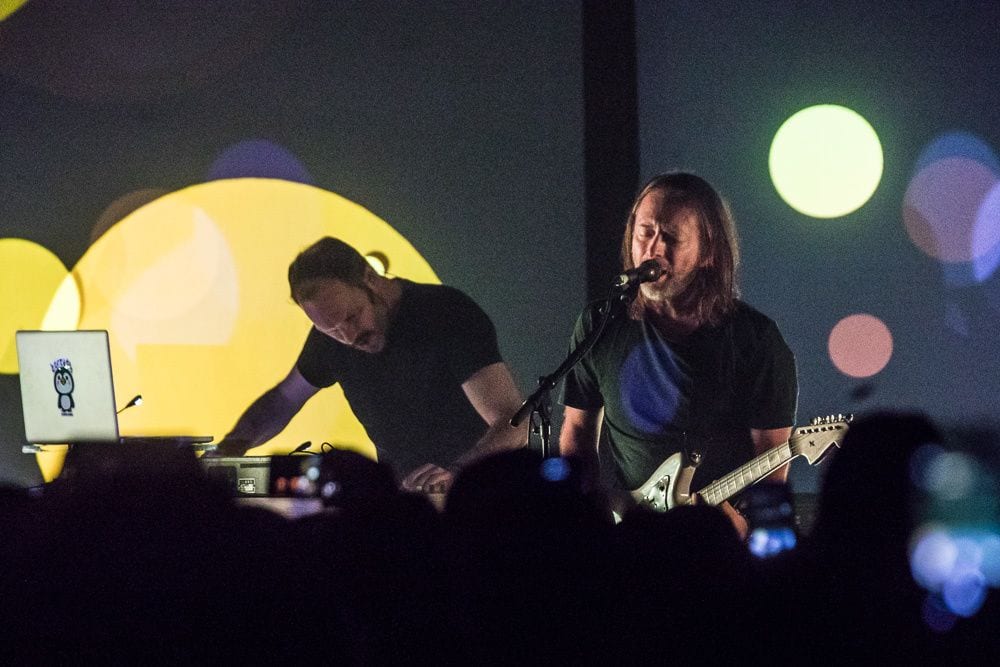 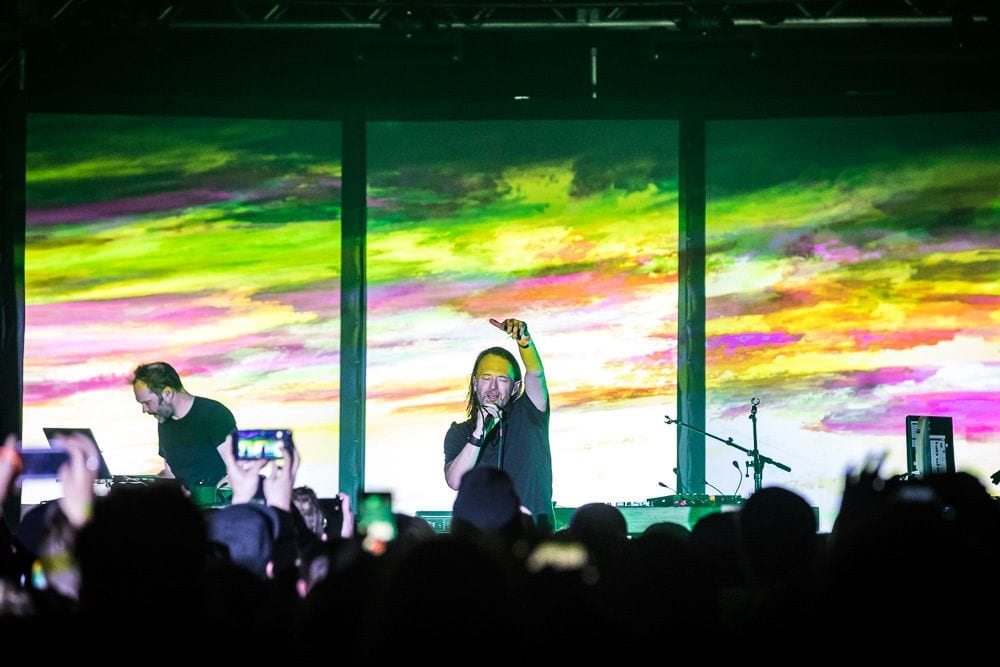 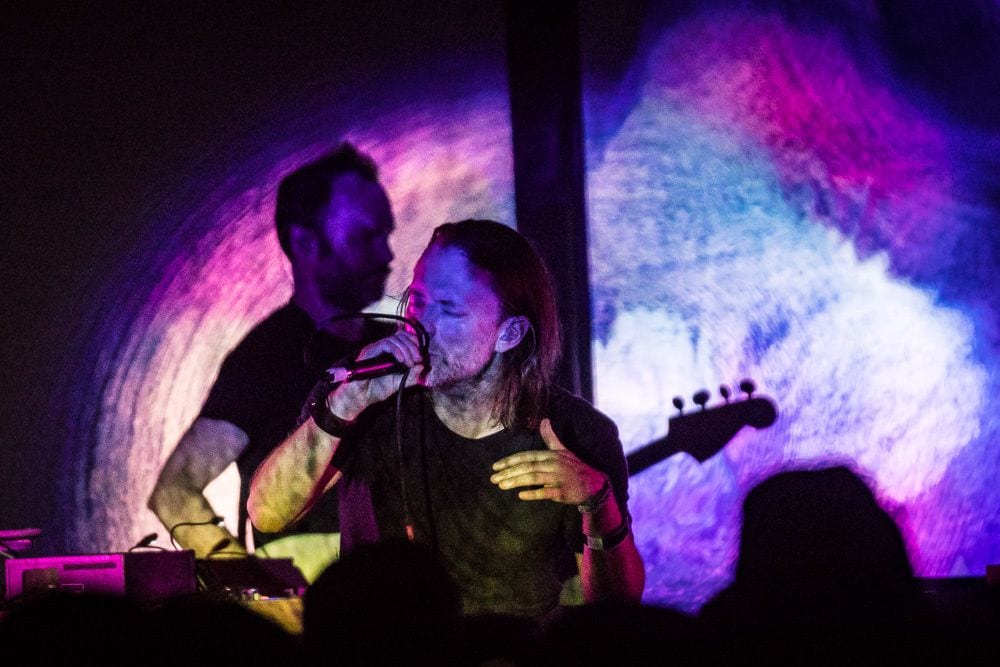 Between numerous, great performances (aka “Sound”) at Day for Night festival in Houston, arriving in the final stretch of the year, I found myself roaming the darkness of the historic Barbara Jordan Post Office to engage with the “Light”, or art installations placed throughout. I wasn’t trying to occupy time; I was excited to experience the art and frequently revisited pieces throughout the weekend. Some, like Matthew Schreiber’s “Ricochet”, were silent and still and allowed people to be part of the experience casually. Others, like VT Pro’s “Telestron”, demanded attention with energetic displays that warranted a line (as space was limited). I can still feel the crackle of the lights and hear the hypnotic music choreographed to go along with Playmodes’ “Cluster”, a pulsating thriller.

As lineups for summer festivals are being announced, there has been a general collective “meh” at the sameness, the safeness and the maleness of the lineups. Day for Night didn’t just have some of the biggest female artists (Solange, St. Vincent) on its slate but it also gave women (Pussy Riot, Chelsea Manning, Laurie Anderson) a platform with a day of talks on the Friday of the fest.

The music, primarily over Saturday and Sunday when I was on site, was pretty damn great too. I caught a little bit of Pussy Riot as I was arriving and then wandered around before trying to catch Cardi B. Unfortunately, her performance was like 45 minutes into a set of an otherwise great hip-hop mix. I grew weary of waiting and didn’t find myself that impressed with her, though I do admit “Bodak Yellow” was starting to grow on me.

The rest of the day had rain in the forecast, and set times had changed a bit, so I ended up waiting out a deluge to catch some of Tyler, the Creator’s fun set but gave up on Nine Inch Nails because of the downpour. That turned out to be for the best perhaps as I finally got to see drum and bass legend Roni Size perform in the round on the yellow stage. Near the end of his set, he dropped “Dirty Beats” which really got the frantic crowd moving.

On Sunday, my focus was on Solange and St. Vincent, making this by far the stronger day. Although, I did plan to catch the Jesus Lizard as I knew to expect a wild show (which may turn out to be their last performance) and I had to see Thom Yorke closing out the night with a live set alongside Nigel Godrich. David Yow was an unpredictably wild frontman, spending like half the set in the crowd. Thom Yorke, on the other hand, was more predictable with his flailing moves but gave the audience a crazy set that included a few Atoms for Peace songs alongside Tomorrow’s Modern Boxes tracks.

But the highlights remain Solange and St. Vincent who crushed it, both musically and stylistically. The former had a full band on primarily muted red stage and played an excellent hometown show that included “Cranes in the Sky”, “Losing You” and “Don’t Touch My Hair”. St. Vincent alternatively took a bold stance for an entirely solo performance (she had a backing track). It was just her and her guitar stomping away through Masseduction tracks like “Pills” and “New York”. These two are just a couple of the headliner-worthy women that are missing from summer festivals (granted it may not fit their tour cycles and other reasons).

Day for Night sets a high bar for the music festival scene with its diversity in music and audience engagement. I hope more festivals move away from having typical graffiti art installations and offering up challenging museum worth pieces instead. And I hope a few of the 2018 summer festivals in the US have female headliners.