In the past couple of years, I’ve played only a handful of video games and probably completed only one or two shorter, indie games. I just don’t find myself drawn to them anymore although, on Black Friday, the PlayStation 4 bargain called out to me, so I picked one up. Since then, I’ve probably put in 12 hours casually in the thrilling God of War and given the brilliant Tetris Effect a few plays. Nothing too serious.

I haven’t been drawn into an extensive big-budget game since Hideo Kojima’s Metal Gear Solid V: The Phantom Pain. Kojima’s Metal Gear series has kept me primarily in the Sony console environment. Perhaps somewhere in my subconscious, I picked up the PS4 knowing his next project Death Stranding would be released on a Sony platform. But since 2016, there has only been a few trailers for the game, and I was clearly have not been paying attention — I only saw the one below when writing this.

Fortunately, the only Tribeca Games event during this year’s Tribeca Film Festival was a talk between Kojima and Norman Reedus (lead game actor, The Walking Dead star, motorcycle enthusiast). As a very lax gamer, I wanted the Tribeca Film Festival conversation to show me footage that would increase enthusiasm for Death Stranding to the level I had for Metal Gear games over the past 18 years or so. And while the panel didn’t change my opinions or raise my anticipation (which I consider slightly above passing), I’m happy I went as I do still think Kojima is brilliant.

The panel did not show any new footage. Kojima did not share a release date or other hard facts about the game. He and Reedus, who was motion captured for the role of Sam Bridges (and as himself in part), shared stories about meeting through Guillermo del Toro at San Diego Comic Con, eating sushi at Blue Ribbon, creating Death Stranding and the game’s general themes/elements.

Kojima essentially confirmed that Death Stranding will offer a grand social commentary in the way the Metal Gear series has. Via its linear storyline (though there is some exploration), Kojima will keenly guide players to a catharsis. He noted that, in Peace Walker, the game was designed so players could learn about nuclear deterrence (through potentially creating a nuke of their own as protection against attacks to a base).

The theme for Death Stranding? Connection. With a strong emotional response. Kojima described it as “an open world action game, but it’s really new. It’s something new. There are so many things happening in the real world, in America, in Europe. Everything is connected by the Internet, but we’re not connected in the real world these days. I’m kind of putting that as a metaphor in the game. So players will have to reconnect the world in the game. You feel very alone, in solitude as well, but you’re trying to connect. The keyword for the story and the gameplay is connection. There are so many things in between, of course, but the key is connection.”

Kojima followed, “I can’t say anymore because Sony will be very unhappy.”

Reedus, on the other hand, described his experiences with the 3D scanning and motion capture equipment as photos of the process were shown. Fun fact: sometime after the initial 3D scan, Reedus got a new tattoo — Kojima decided to add it to the game model. He joked future tattoos will be DLC.

Reedus also spoke highly of the “honest artist” Kojima, “He’s very much like Guillermo in a lot of ways, you can understand why they are good friends. His attitude and vision are just infectious. You want to soak it up. Hideo is like that too. You want to get inside his head and understand it. It’s super fascinating.”

And of the game, Reedus stated it would be a “playground of possibilities” that “will get you emotionally involved in so many different ways”. 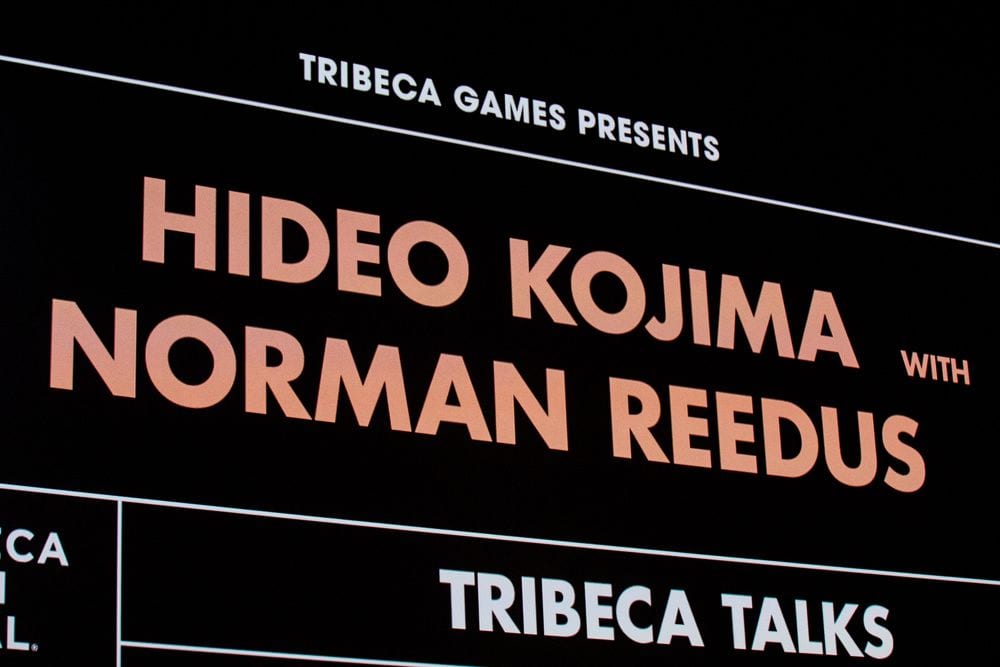 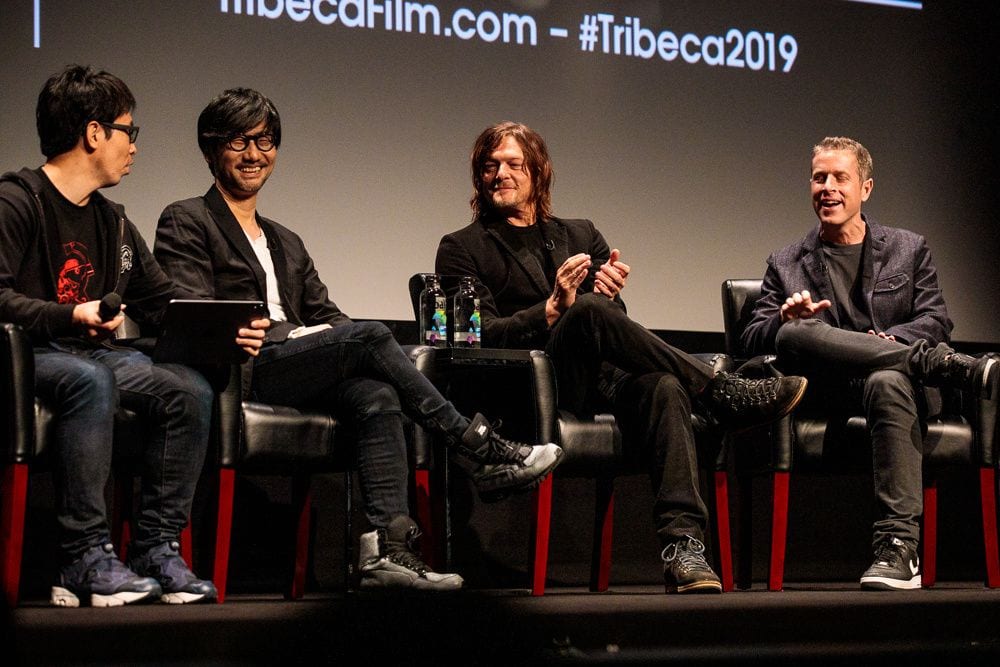 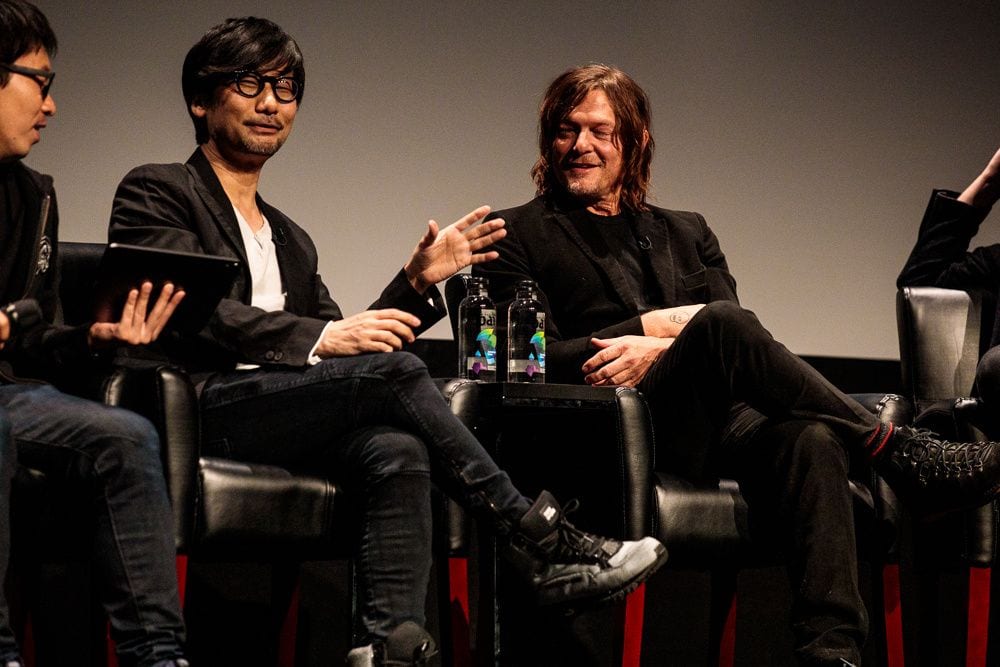 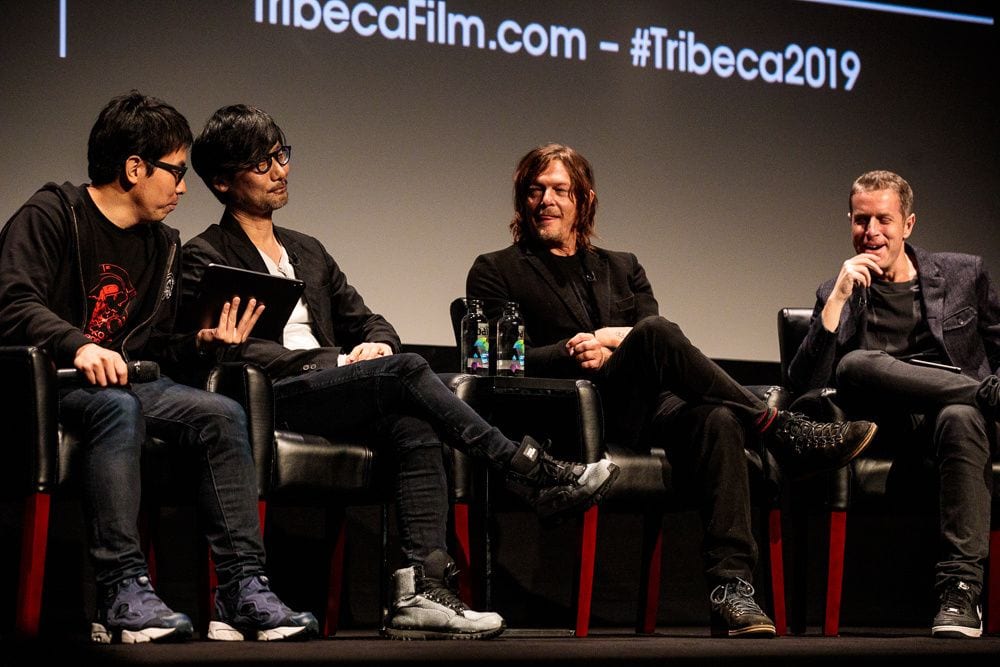 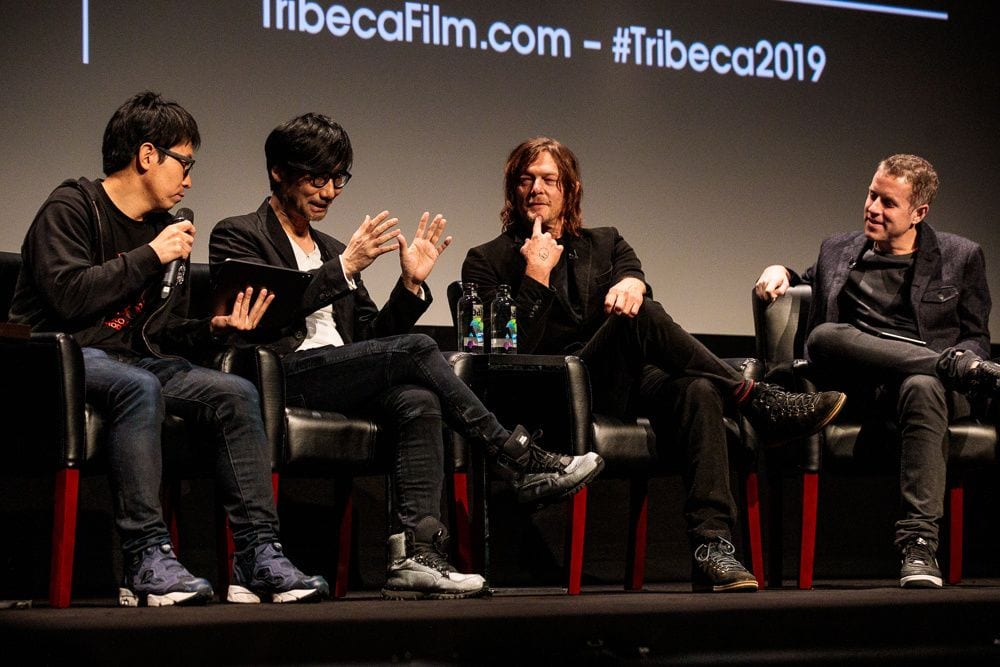 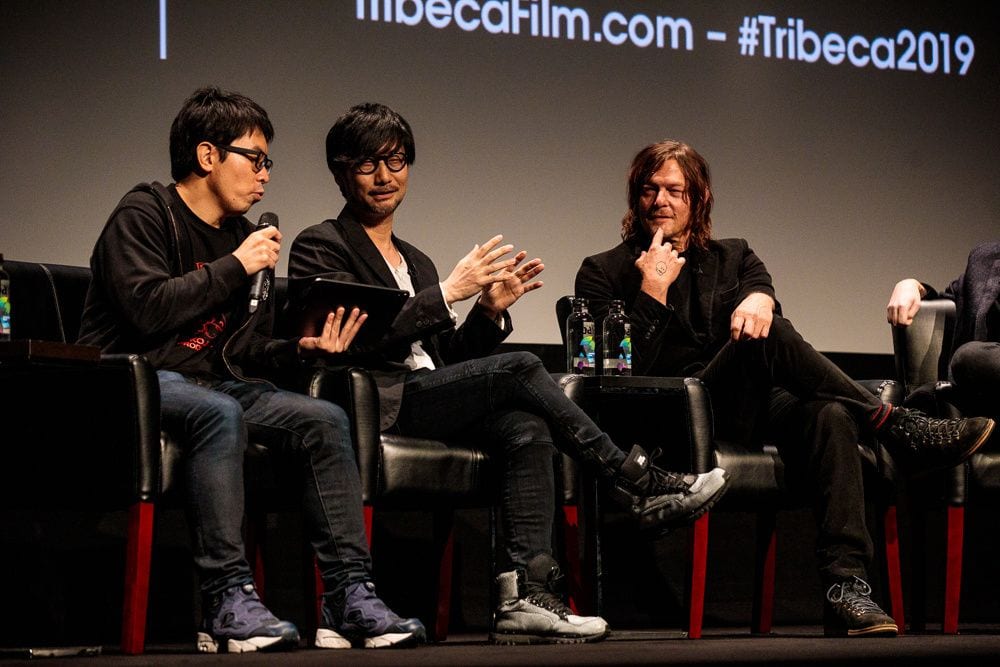 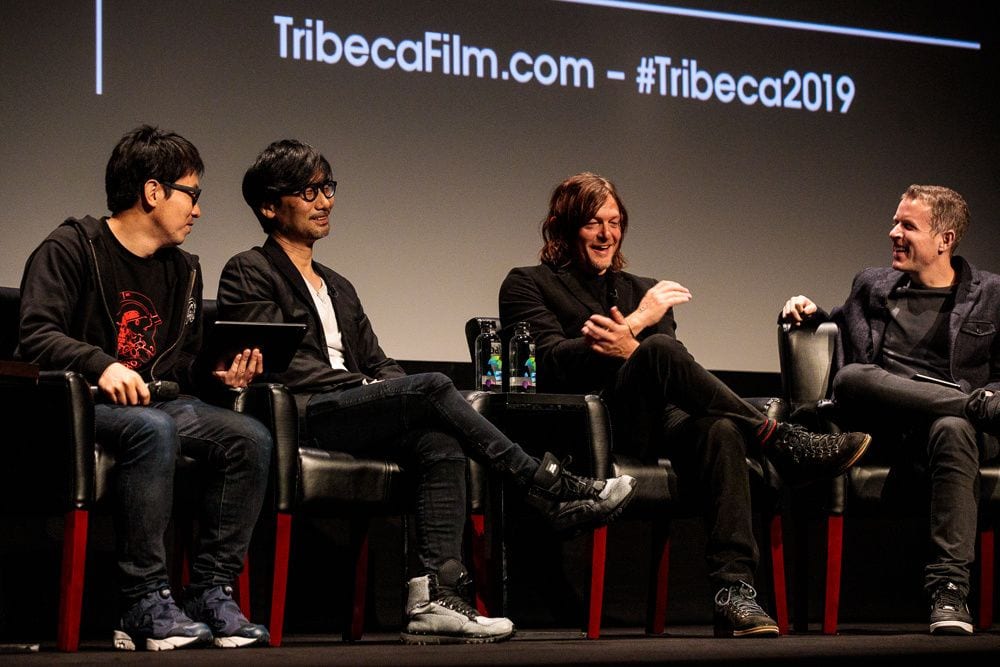 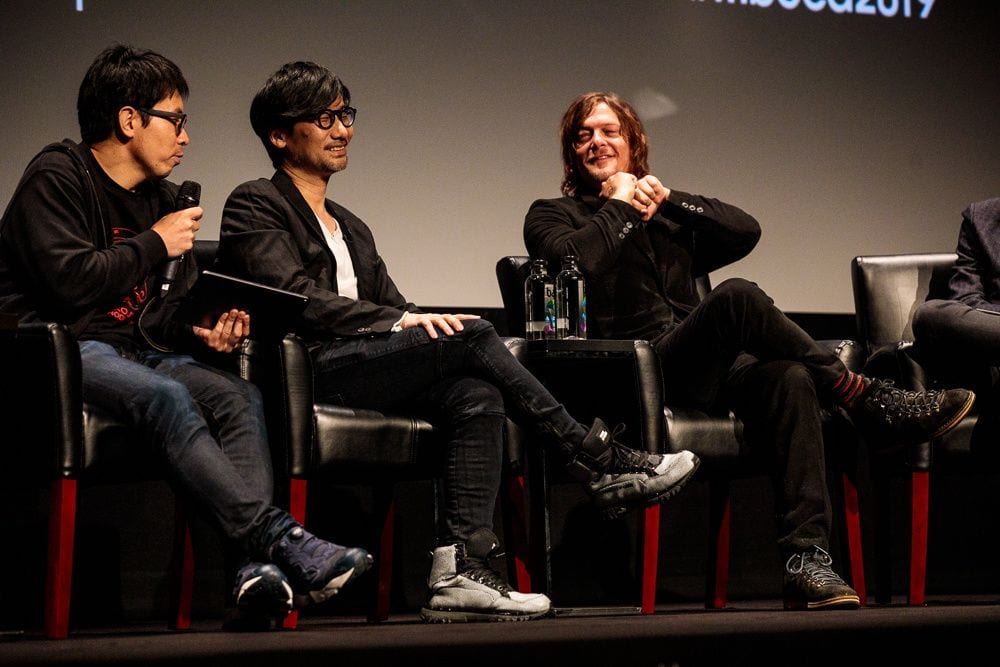 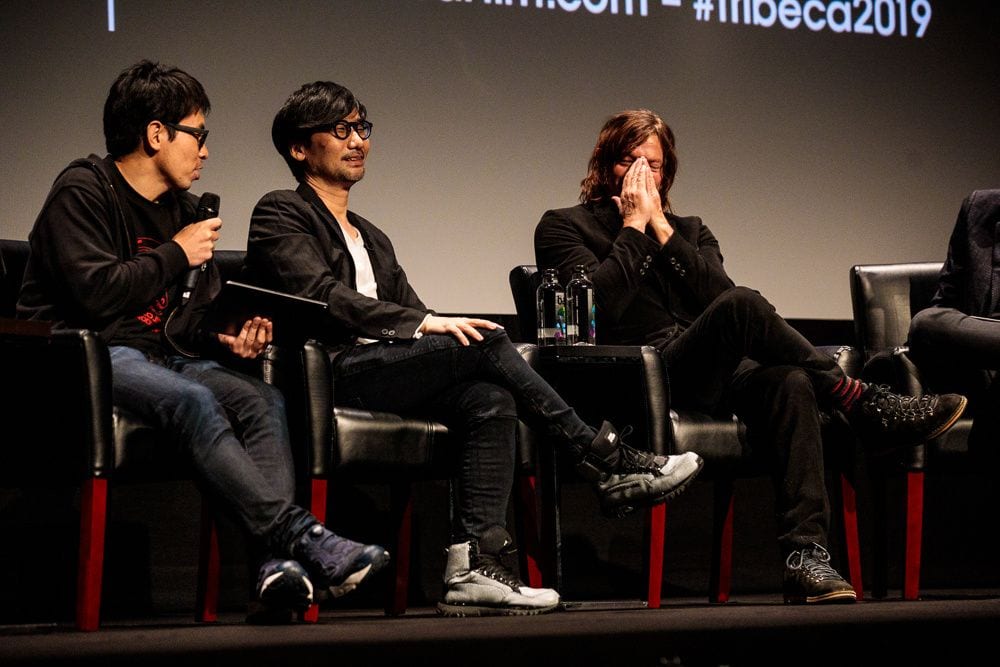 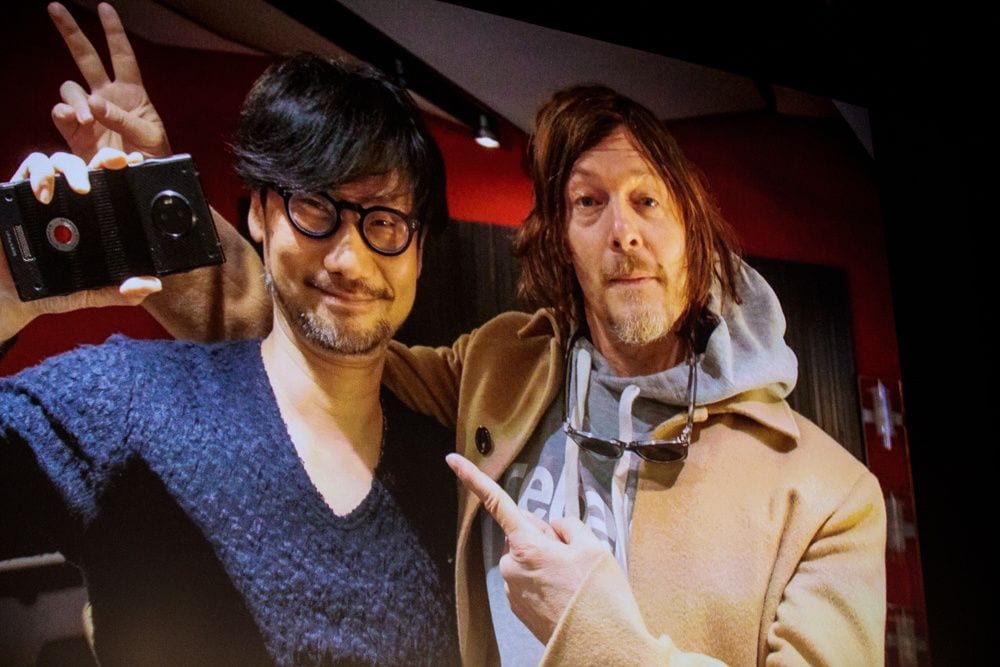