Peru’s Dengue Dengue Dengue are the duo of Rafael Pereira and Felipe Salmon, two Lima electronic producers, DJs, and visual artists who combine the traditional sounds of the Americas and Africa into a mesmerizing electro worldbeat sound. Integrating visuals and masks with their music in performance, Dengue Dengue Dengue cast a stunning spell on their audiences.

The group release their fourth album Zenit & Nadir today via Enchufada and it expands beyond their earlier success in the electro cumbia scene. Teaming with two brothers from the noted Peruvian music family Ballumbrosio, Dengue Dengue Dengue have expanded their band into a four-piece for this album and tour. The Ballumbrosios are well-known for their mastery of traditional rhythms like Landó and Festejo, as well as virtuosity of a range of old, acoustic instruments.

The result is hypnotic as Zenit & Nadir’s electronics wind and swirl around the acoustic instruments in intriguing rhythmic patterns. In this special look at their new record, Pereira and Salmon take us through each track, describing their musical version for each piece.

You can purchase the album on Bandcamp, and also catch the group live tonight at the Enchufada na Zona in Lisbon.

When we started recording Ágni we wanted to explore the Afro-Peruvian rhythm called Ingá, so we recorded with Pudy Ballumbrosio of the Ballumbrosio family, who are a family of musicians and dancers and world-renowned ambassadors of Afro-Peruvian heritage and culture. We recorded at the Qmulus Sound Studio in Lima, and this was one of the first tracks to give shape to the idea of a new album where we explored these rhythms and traditions that form such a big part of Peruvian music and culture.

This track was made in Berlin in an afternoon session with our collaborators Prisma and Martin Boder, and it came together so quickly that we instantly felt that this was a perfect representation of what we were trying to achieve with the album, this combination of Afro-Peruvian music with modern electronic genres and the Dengue Dengue Dengue aesthetic. We instantly decided our new music video would have to be for this song!

As we continued exploring Afro-Peruvian rhythms and how to combine them with our own aesthetic, our collaborator Mikongo came up with the idea of creating a fusion of electronic music and Landó, one of the many genres of Afro-Peruvian music. We developed the idea for a few months in Berlin and then Sara Van took it even further, as she recorded her amazing vocals and lyrics in Madrid, Spain and sent it to us through the internet.

This one is heavily inspired by Vals Criollo, a mixture of European Waltz and Afro-Peruvian Music often played in “Peñas”, the places where the “Jaranas” take place, which are jam sessions where musicians often play the guitar, cajón and sing while drinking lots of beer.

As we experimented with Afro-Peruvian traditions with modern electronic music we had to explore what those rhythms sounded like combined with techno, and the result was Llæ, which after playing it out a few times and seeing the reaction we started to call it a weapon of mass hypnosis!

After that big wave of Gqom tracks that filled the internet a while ago we got really interested in this new South African sound, so we set out to explore that style while introducing Afro-Peruvian music vibes. We were also really excited to be able to use a sample that was recorded by Mikongo back in the 70s, it’s a recording of the late great Afro-Peruvian music icon Caitro Soto, from his song Curruñao.

We envisioned this track as a sort of continuation or “Part 2” of Murdah, a song from our 2016 album Siete Raíces. Just like Murdah this one has a lot of footwork influences, which we love and wanted to combine with Afro-Peruvian rhythms. 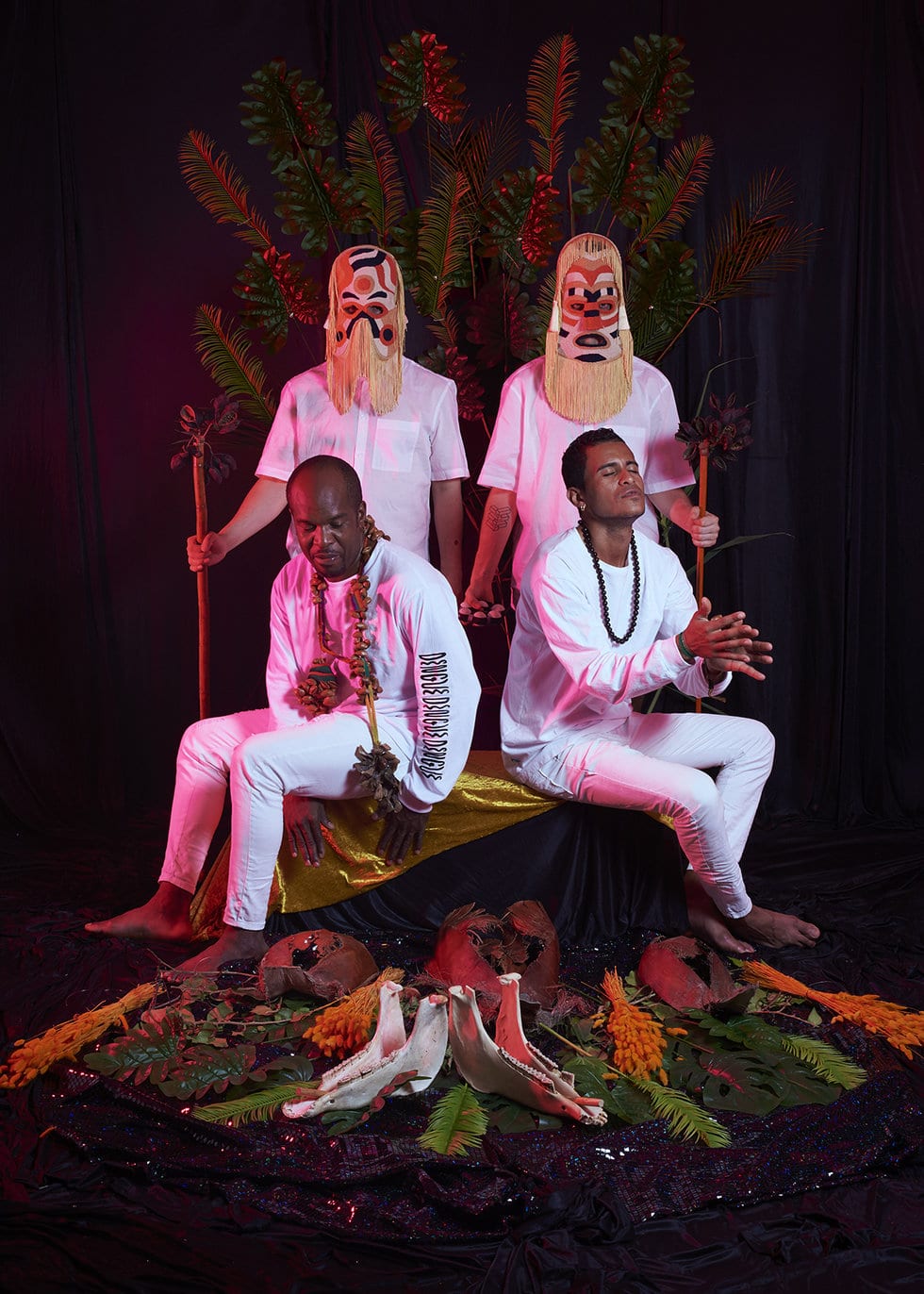 This one is a collaboration with Kalaf, the Angolan musician and writer who founded Buraka Som Sistema and the Enchufada label as well, who is also living in Berlin right now. Kalaf’s using his deep baritone to honour the Afro-Latin heritage in South American music, with his words referencing directly the book ‘Open Veins of Latin America’ by Uruguayan journalist and author Eduardo Galeano. If you’re interested in Latin American history, this one is definitely a book you must read!

Afro-House vibes merged with Patrol music from Banyuwangui, in East Java, Indonesia. The samples we used were donated by the amazing people of Aural Archipelago, which is a website that archives field recordings of all kinds of amazing music from Indonesia. Definitely visit them and check it out!

Pacos is a psychedelic-driven track, a song composed in Berlin with our collaborator Prisma who also worked on Decajón. We’ve really liked playing this song in our shows so far, it feels like the crowds really get into it and it’s easy to dance to!

This track was directly inspired by a trip we took to Brazil on holidays, where we definitely listened to a lot of baile funk and wanted to do our version of it with some Peruvian cajón thrown in the mix and this is the result!

This song was inspired by Q’oyur Riti, an annual syncretic religious festivity held at the foot of the Ausangate mountain in Cuzco, Peru, a mountain in the Andes with great significance in Incan mythology. This one taps on a less common blend of Afro-inspired percussion with Andean vibes, a combination that we really wanted to explore. 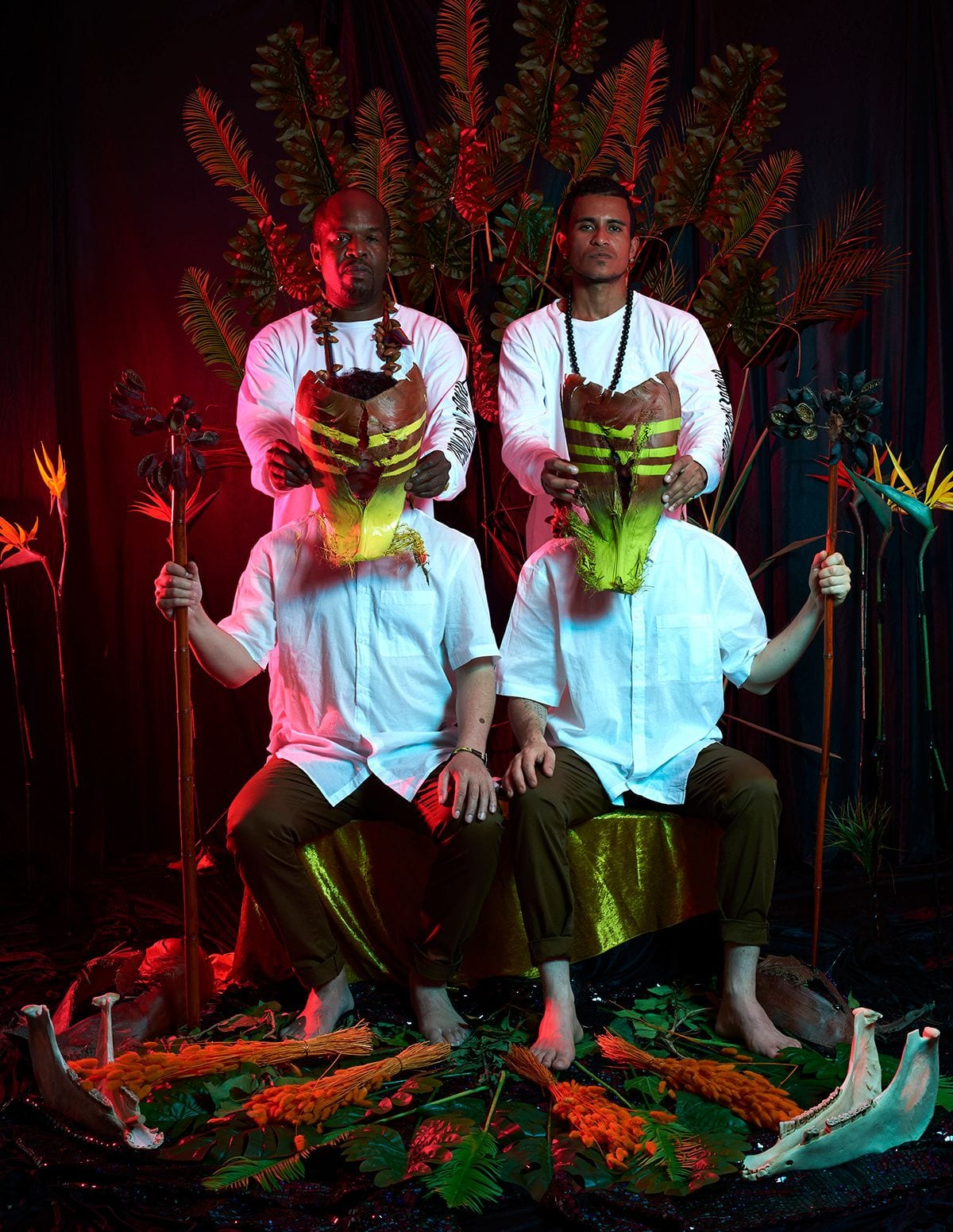