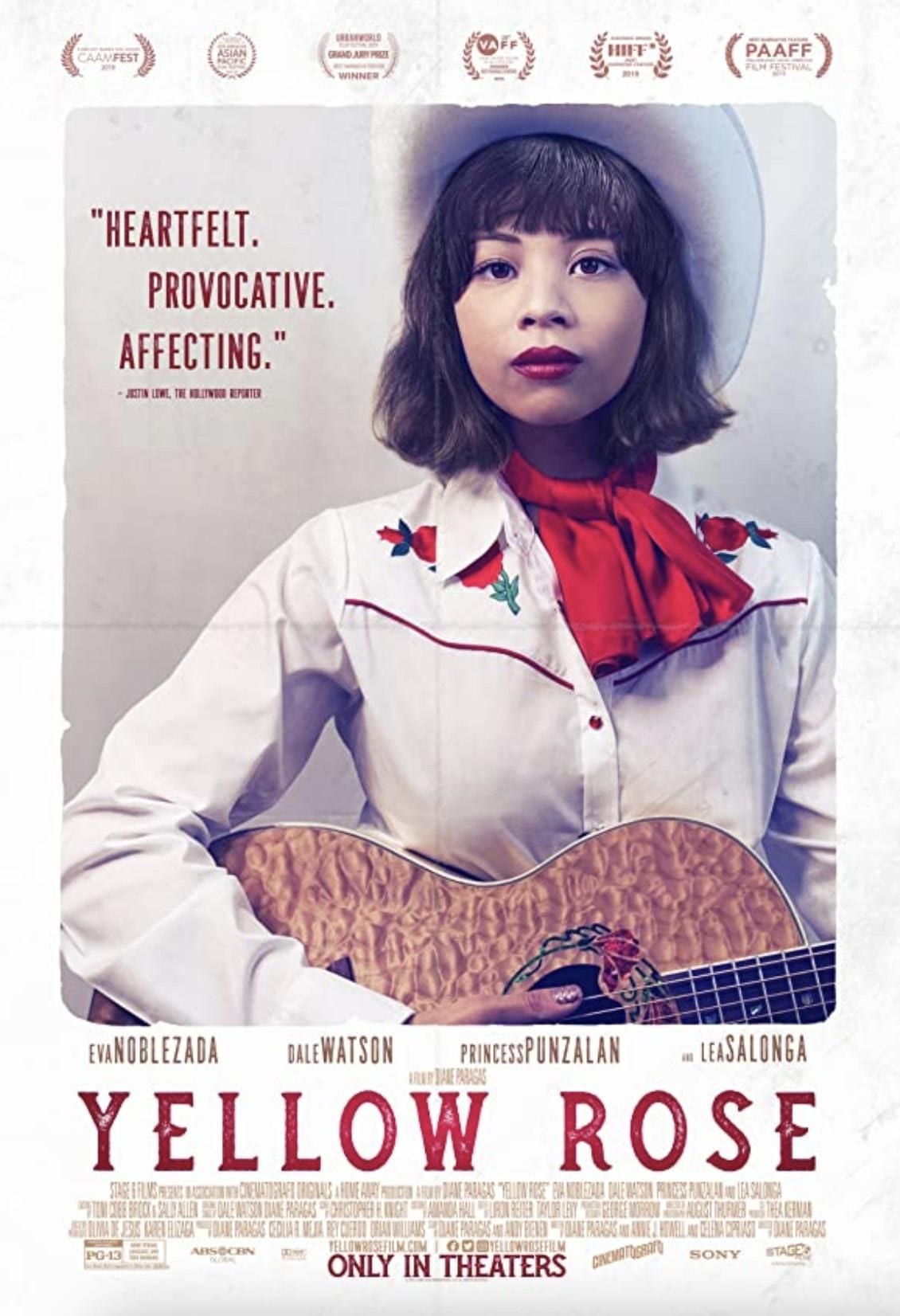 Yellow Rose (2019) centres on Filipina teenager Rose (Eva Noblezada), who dreams of becoming a country music performer. When her mother is picked up by the Immigration and Customs Enforcement service, she’s forced to choose between staying with her family, or leaving the only home she has ever known.

Diane Paragas is the founder of Civilian Studios, Brooklyn, and her previous credits span documentaries, narrative fiction, and commercials. She co-directed with Nelson George the documentary Brooklyn Boheme (2011), about the Black arts movement of Fort Greene in the 1980s and ’90s. Her short film, Yellow Rose (2017), preempts her feature film, telling the story of a Filipina teenager, played by Thia Megia, who finds herself on the tour bus of a country music performer after running away from home.

In conversation with PopMatters, Paragas discusses the influence of storytelling in country music, her decision to lean away from politicising the issue of immigration, and the discovery of personal salvation through filmmaking.

I was a film fan from when I was a kid, but I didn’t know or think it could be a career. So I didn’t go to film school, even though in college I studied film studies.

I took some international film classes and I specifically recall watching a lot of art films. I remember going into a theatre and watching a movie called Jú Dòu (1990), by the Chinese master Zhang Yimou. It was the first time I’d seen a movie with an all Asian cast, and certainly one from China.

Seeing people that had an approximation to look the way I did, and how much the movie affected me as an art form, I realised it was a piece of art and not just a piece of entertainment. It was the first time I thought maybe this is something I would want to do as a career. I’d been playing music, I was painting, and so I was always an artistic person, but it was then I thought maybe at some point I’d be a filmmaker.

Would you agree that there’s a musical dimension to the filmmaking process, because from the writing, through production, on into the edit, there’s a focus on rhythm and melody?

Music and film are two time-based art forms that are reliant on rhythm, and as a filmmaker that’s one of my strengths. When I was doing documentary films, I edited all of my own. I edited my music sequences in Yellow Rose, and even when I was on set, I was cutting together scenes to make sure they were working. Right after I’d picked the dailies, I’d cut stuff at night, and during the shooting, I composed one of the main songs in the film called, “Quietly into the Night”.

The filmmaking ended up inspiring the music, which was an interesting exercise. They’re intertwined and my musicality has definitely informed my filmmaking, and in this instance, it informed the music.

There is a rhythm when you think about filmmaking, and one thing I was specifically attracted to with country music is that it’s a storytelling kind of music. I’ve always felt some of the best music films are country music films, like Nashville (Altman, 1975) and Tender Mercies (Beresford, 1983). There are so many beautiful films about country music, and it’s because of the storytelling aspect of it.

The exercise in making Yellow Rose was I wanted to tell a story in a movie, the same way a country music song tells a story. So it had to be simple, it had to be as they say, ‘records from the truth’, and it just had to tell a good story.

Picking up on your point about the need for Yellow Rose to be simple, this can be deceptive. Yes, a film can be narratively simple, but how the audience engages with the thoughts and feelings of the characters, that convey themes and ideas, can offer an emotional complexity.

One of the kinds of music I play is jazz, and I think that’s the style I direct. …I was changing things on the fly as I noticed interesting dynamics between the actors as they were going along and shooting, and that actually informed how I made the film.

There was a fair amount of improvisation on set, especially when you have real people like Dale Watson playing himself. I wanted him to just be himself and react to the things as he would, and so it was very much trying to play-off of who he was and what felt natural.

I did that with each of the actors and their characters because what you’re trying to capture in a scene is the freedom between those two characters that dictates the magic. Your job is to create and to foster that, and to have the freedom to sometimes find it in the moment.

Yellow Rose deals with the contentious issue of immigration. I often feel that films can create a relatability on a human level in a way that news reporting struggles to achieve, because it always has a topical dimension. Would you agree?

I was very careful to try to not be too political in discussing the issues of immigration. It’s an issue that has become so politicised in America and my objective was just to show the human side. Even though in the script there were a lot more controversial scenes that I eventually cut from the film, I felt it was more important to just show what happens to these people, as opposed to having these soapbox polemics that you often see in issue films.

It takes away from the message of what’s actually happening, and the heartbreak of what happens when families get separated is what I wanted to show. At the end of the film, you can maybe bring your politics back into it, but I hope that people will allow the film to just be, and watch a story about a mother and a daughter, as opposed to trying to bring their politics into it.

… We played a lot of festivals over the course of our festival run, and all kinds of audiences came to see the film. For the most part, people were moved despite their politics, or their racial backgrounds, because it just told a very simple, human story.

Not only did the film change me, but it also saved me in many ways. I was going through something difficult at the time when I was shooting this. To make this film, and having created these characters and watching all of these incredible artists come together to tell this story that was in my head for so long, was redemptive, cathartic, and transformative.

It was all of those things, but mostly it gave me confidence in my own voice and who I am as a director. It defined a lot of things for me, and I learned a lot about filmmaking and myself in the process. It definitely changed me and in one important way, it brought me back into my filmmaking.

My next film is a pop music opera about World War II. I would never have thought of writing a pop music opera before I made Yellow Rose, but the musical part of it — and that music and film have so much in common — I’ve found that connection within myself.