Dionne Warwick has made timeless Christmas performances a constant of her career. In December 1993, the legendary vocalist commanded the stage at Hofburg Palace in Vienna with an exquisite rendition of “O Holy Night”. Accompanied by the Vienna Symphony Orchestra, Warwick filled the venue with a regal presence, the epitome of class and elegance. That particular performance, a highlight of her concert with Plácido Domingo, was later released on
Celebration in Vienna: Christmas in Vienna II (1994).

A full decade would pass before Warwick recorded her own tribute to Christmas,
My Favorite Time of Year (2004). “I am looking forward to doing another one,” she later wrote in her autobiography My Life, As I See It (2010). Now, five years after releasing a single of Burt Bacharach and Stephen Sater’s “This Christmas” (2014), Warwick has brought together an array of artists to revisit 12 holiday favorites on her second Christmas album, Dionne Warwick & the Voices of Christmas (2019).

The album arrives at a particularly bountiful time in Warwick’s career. Earlier this year, she released
She’s Back (2019), produced by her son Damon Elliott, which featured a soulful reworking of Burt Bacharach and Hal David’s “What the World Needs Now”, plus duets with artists like Brian McKnight and Musiq Soulchild. Just in time for the holiday season, Warwick received a special gift of her own — the opportunity to perform for the Grand Ole Opry at Ryman Auditorium in Nashville.

“That was quite something,” she says, still awestruck by the experience. “I’d done concerts at the Ryman before but never for the Grand Ole Opry, which is something that is exceptionally special to do. When you’re standing on the stage where the likes of Johnny Cash, Hank Williams, and the icons of country music stood and performed … the reception that I received was truly overwhelming. It was amazing to be received the way that I was.” Eric Paslay was among the artists who joined Warwick at the show. “He’s a wonderful young man,” she says. “He’s quite a writer and quite a major country star too.”

Paslay’s blues-inflected duet with Warwick on “Frosty the Snowman” is one of the many treasures on The Voices of Christmas, though it’s far from the first time Warwick has collaborated with country artists onstage or in the studio. Television viewers might recall when Warwick co-hosted A Solid Gold Christmas with Eddie Rabbitt in 1985. “Eddie Rabbitt was from East Orange, New Jersey. Not too many people knew that,” says Warwick, noting how she grew up in the same city as the late country star. The two even shared similar musical roots. “Country music is very very much like gospel,” she continues. “It tells a complete true story. To be able to interface with those particular folks, who not only perform it, but write it, is a joy.”

Indeed, the range of duets on The Voices of Christmas spans country, jazz, pop, and R&B, from veteran artists to newcomers alike. After recently covering “What a Fool Believes” on She’s Back, Warwick asked the song’s co-writer Michael McDonald to join her for “Jingle Bell Rock”. “How could you not ask Michael McDonald to sing anything with you?” she says. “I couldn’t think of a better song for him to do, by the way he approached it.” The two vocalists strike a playful rapport, bringing a dose of swinging soul to the proceedings.

Warwick’s sublime version of “God Rest Ye Merry Gentlemen” with Dianne Reeves is essential listening. “My keyboard player arranged that,” Warwick explains. “He wanted me to sing it on a CD that he was preparing himself. I thought since I’m doing a Christmas CD and I need a partner to sing this song with me, let’s find somebody in that idiom to sing it. Since I happen to know Dianne, it was a very easy call to make.”

Elsewhere, Warwick and Andra Day tell the tale of “Rudolph the Red-Nosed Reindeer” while Warwick and Aloe Blacc pay homage to Donny Hathaway on “This Christmas”. Of course, the latter tune has become a modern holiday standard ever since Hathaway introduced it in 1970. “Donny told the story of the reason for Christmas to him,” she says. “He relayed that very very well. It took on a life of its own with everybody that not only listened to it but wanted to sing it.”

Over the past few decades, Warwick has been invited several times to
Christmas at the Vatican. Pope John Paul II even requested Warwick sing “Silver Bells”, his favorite Christmas carol, each time she performed at the concert. After recording a solo version of “Silver Bells” on My Favorite Time of Year, the singer enlisted family duo Chloe x Halle to bring a celestial feel to the song on The Voices of Christmas.

However, Warwick’s duet with Johnny Mathis on “White Christmas” signals the album’s ultimate pairing of vocal talents. “I totally agree with you, darling,” Warwick says. In fact, even before Warwick and Mathis first recorded together on the title track to Warwick’s album
Friends in Love (1982), the two vocalists shared a deep musical bond. “I refer to him as the Master,” she continues. “We’ve been friends more years than we want to admit!”

When Warwick sings the line “Tiny tots with their eyes all aglow will find it hard to sleep tonight” on “The Christmas Song”, her duet with Boyz II Men vocalist Wanya Morris, she can easily draw from personal experience. “David and Damon were very inquisitive,” she recalls about her sons on Christmas Eve. “The only way to get them to go to bed was to tell them, ‘If you don’t go to sleep real fast, Santa’s not going to come until very very late. He may even miss our house!’ They’re not going to stand for that!” Coming full circle from holidays passed, Damon Elliott executive produced The Voices of Christmas for Warwick.

Beyond her duets, Warwick opens the album with a brand new solo rendition of “Silent Night”, which she’d previously recorded on My Favorite Time of Year. “In that time, of course, I have grown,” she explains. “There are different ways of emoting and thinking about the words that you say and sing. ‘Silent Night’ happens to be a song that I think is truly relevant to the birth of Christ and that’s what Christmas is about, really.”

The singer caps The Voices of Christmas with a similarly nuanced interpretation of “The First Noel”. She explains, “It was Damon’s idea to bookend the album that way, to let people know why we’re celebrating from the very beginning and then closing with the same celebration of the birth of Christ. Then throughout the album, it’s about the joy and the fun of the celebration of the holiday itself.”

As a young girl, Dionne Warwick recalls family and food — “loads of food!” — as central to holiday traditions. “Now that I have my own grand babies, that’s the joy,” she says. Joy certainly abounds in every song on The Voices of Christmas, with Warwick and her singing partners giving listeners a renewed sense of the reason for the season. 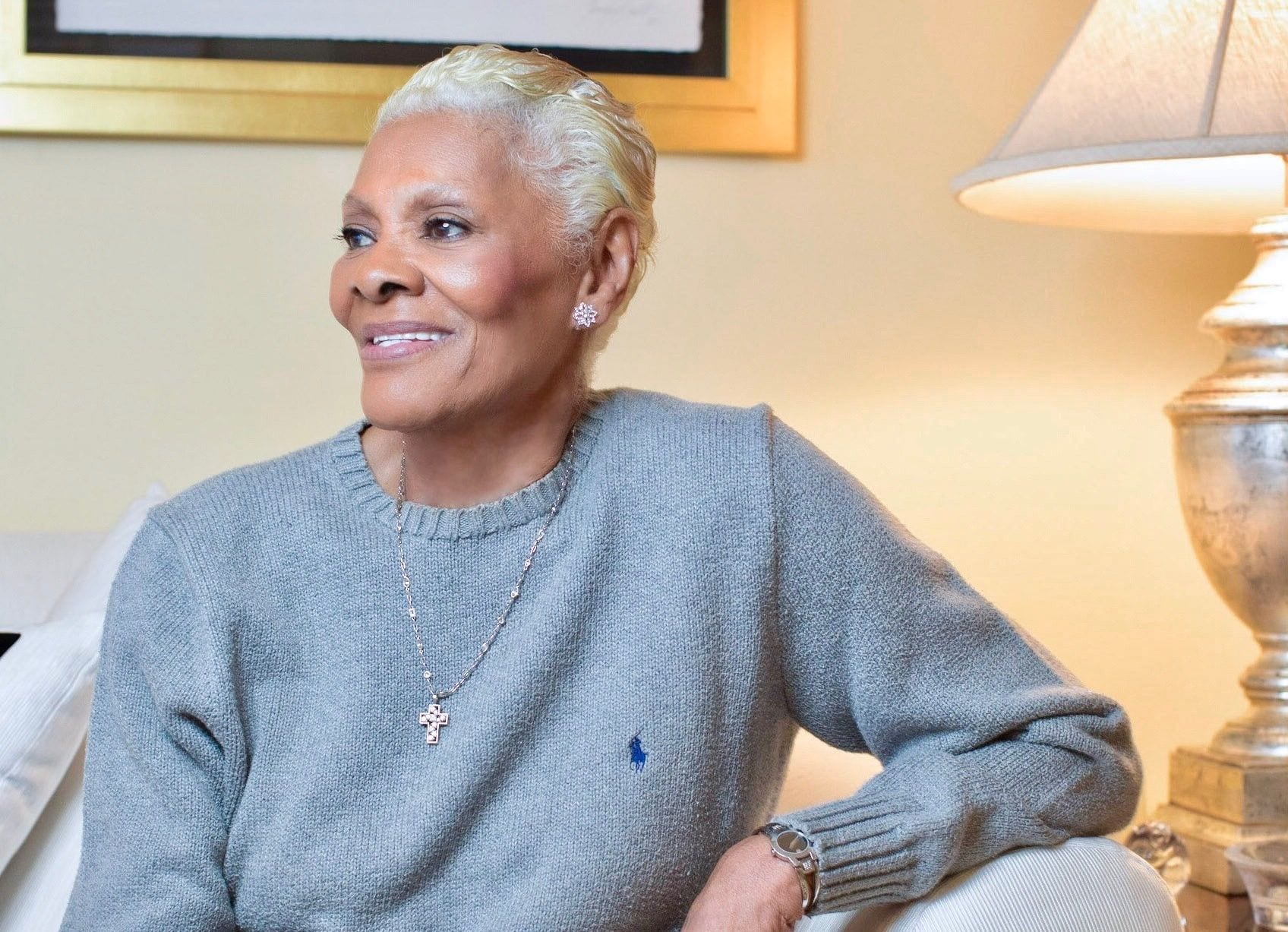