An innocuous pit stop for the cast and crew before they’d move on to higher profile projects, Dominique came and went in 1979 with little fanfare. It was the last of the gothic mysteries that cluttered up the 1970s, particularly the decade’s first half; a subgenre that died a quiet and unspectacular death. If anything marks Dominique from the rest of the films of its ilk, it’s the obvious attention to the visual detail which borrows heavily and shamelessly from the Italian giallos (a genre that was also on its last legs at that point).

Filmmaker Michael Anderson, whose biggest claim to fame was helming Around the World in 80 Days, a picture that would garner him an Oscar nomination, employs some fairly nifty gimmicks to give Dominique some elegance and flair. Often filmed in bold colours (burning magentas and radioactive greens), this murder-mystery/ghost story relies mainly on mood and atmosphere to carry a rather lightweight narrative about double-crossing relatives and a duplicitous marriage.

Dominique (played by two-time Oscar-nominee Jean Simmons) is an heiress and wife who lives with her curmudgeon husband David (Cliff Robertson, yet another actor who got good in Oscar’s graces). Dominique is a middle-aged woman who has suffered a previous injury and is plagued with anxieties about her sanity. She hears and sees things that are apparently not real. That might be because she’s being set up by her money-hankering husband, who’s designed an elaborate hoax to drive his wife insane. His hope is that Dominique will take her life in despair and he will then be left with her millions of dollars.

A rather silly ploy that involves a hanging corpse and spooky noises eventually does the trick and soon Dominique is out of the picture. Or so David thinks. It would appear that while the corporeal Dominique has left this world, her vengeful spirit remains. And she’s got a bone to pick with her not-so-better half. 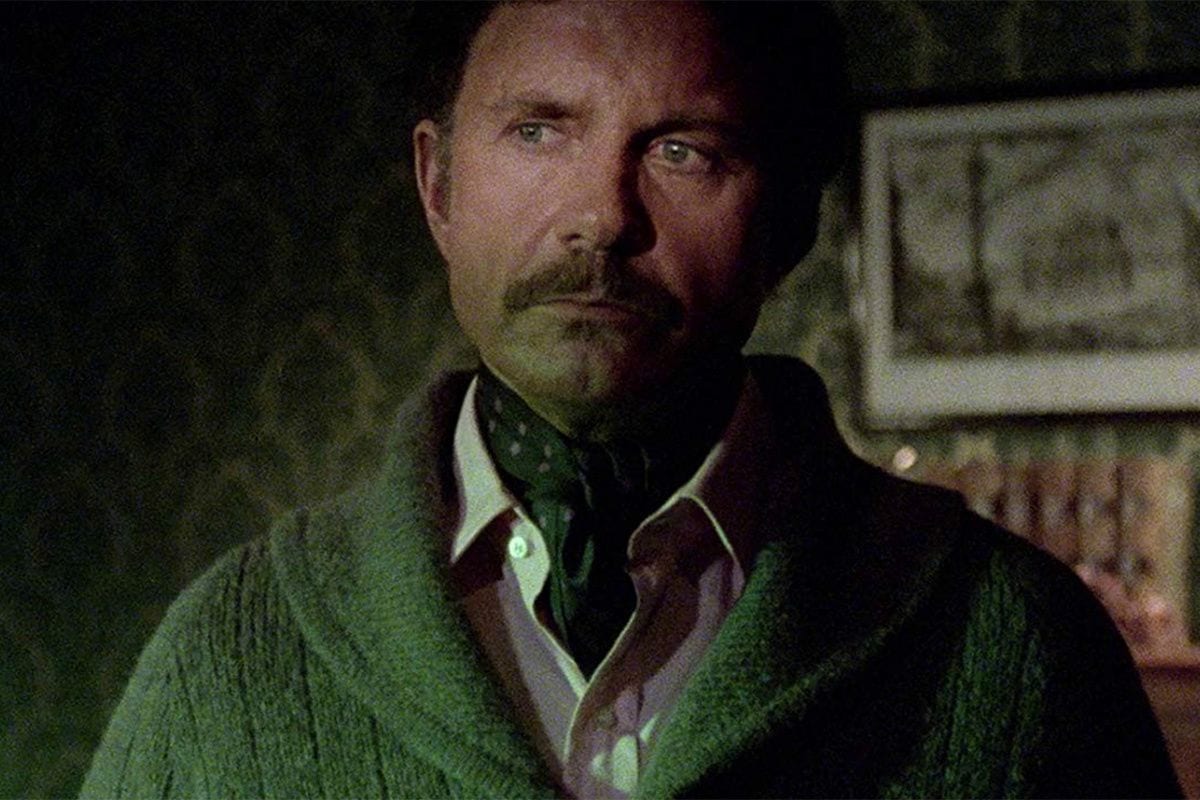 Dominique never really rises above something as a curio, a relic of its time. The low key supernatural elements in the narrative might test the patience of viewers looking for something with a little more blood and violence. But it hones in on an atmosphere richly dripping with nouveau gothic dread. Whether in the smartly minimal set pieces of work offices or the well-tuned baroque touches of an English manor, Dominique fills the spaces with a quietly alluring presentiment.

Director Anderson often borrows from the Italian horror greats, like Dario Argento and Mario Bava’s lush style that emphasizes emotion through colour. Many of the horror sequences play out like scenes in Argento’s 1977 Suspiria, the actors running around in panic through garishly tinted hallways, minus the cruel violence. In this way, the film lies closer to a plotline in an Agatha Christie mystery than it does a giallo. But the approach is purely of an Italian horror extraction.

This might unnerve some viewers who think they are getting the requisite gore that giallos promise and often deliver on. But one can’t really expect forays into such blood-fare by an actress like Simmons, who earned her name and fame from playing roles in such films like Laurence Olivier’s Hamlet (1948) or cavorting with the likes of Sinatra and Brando in Joseph L. Mankiewicz’s gnashingly popular Guys and Dolls (1955). So director Anderson keeps the interest mounting in the pacing, carefully sectioning out the action from set-piece to set-piece.

We move from the mysteries of Dominique’s death, explored in the sterile rooms of office buildings, to ghosts encountered in the conservatory of the homestead. The film barely lifts beyond the shudder of a breeze, opting to build meticulously a mood reserved for cozy mysteries. But it still has its charms, even if they are a little ham-fisted. 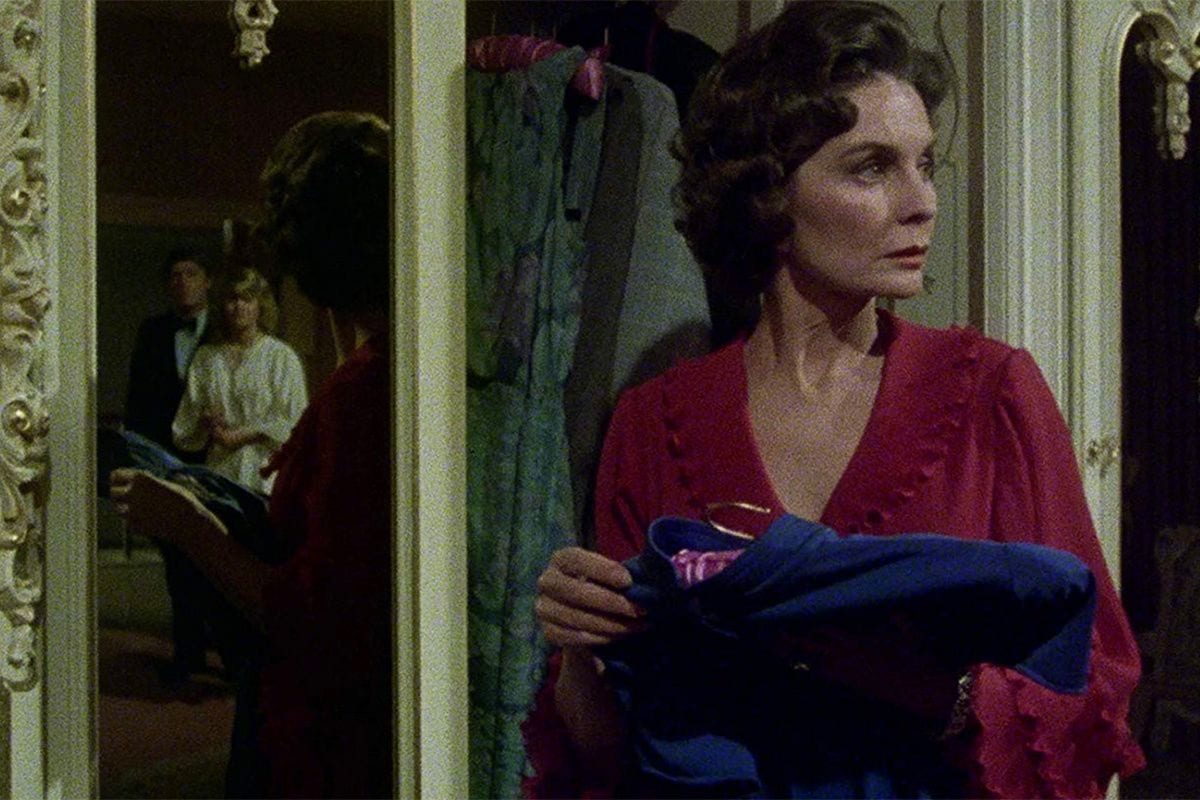 Simmons and Robertson are game for the cloak-and-dagger runarounds, though they clearly know they are biding their time while they wait for bigger projects on the horizon. Edward and Valerie Abraham’s script offers more loops than a whirligig and, though we can see the twists and turns coming, we remain engaged to the end. Dominique also features quite an impressive unmasking, to say the least.

Vinegar Syndrome offers a handsomely restored release as a Blu-ray/DVD double-disc. Past releases featured a muddy, heavily pixelated transfer, but here you can revel in the giallo-inspired colours rendered gloriously in the fresh new transfer. There are also some extra features, which include two audio interviews with actor Michael Jayston and the assistant director of the film, respectively.

Dominique won’t raise the hackles of anyone looking for deep scares, but it is an absorbing suspense-drama that will at least keep you in your seat, if not the edge of it. Plus, it’s nice to see a Hollywood veteran like Simmons trying her hand at something outside of what she normally does. The film’s beautiful set-pieces and striking colour-scheme should make this moody, autumnal picture go down nicely enough.