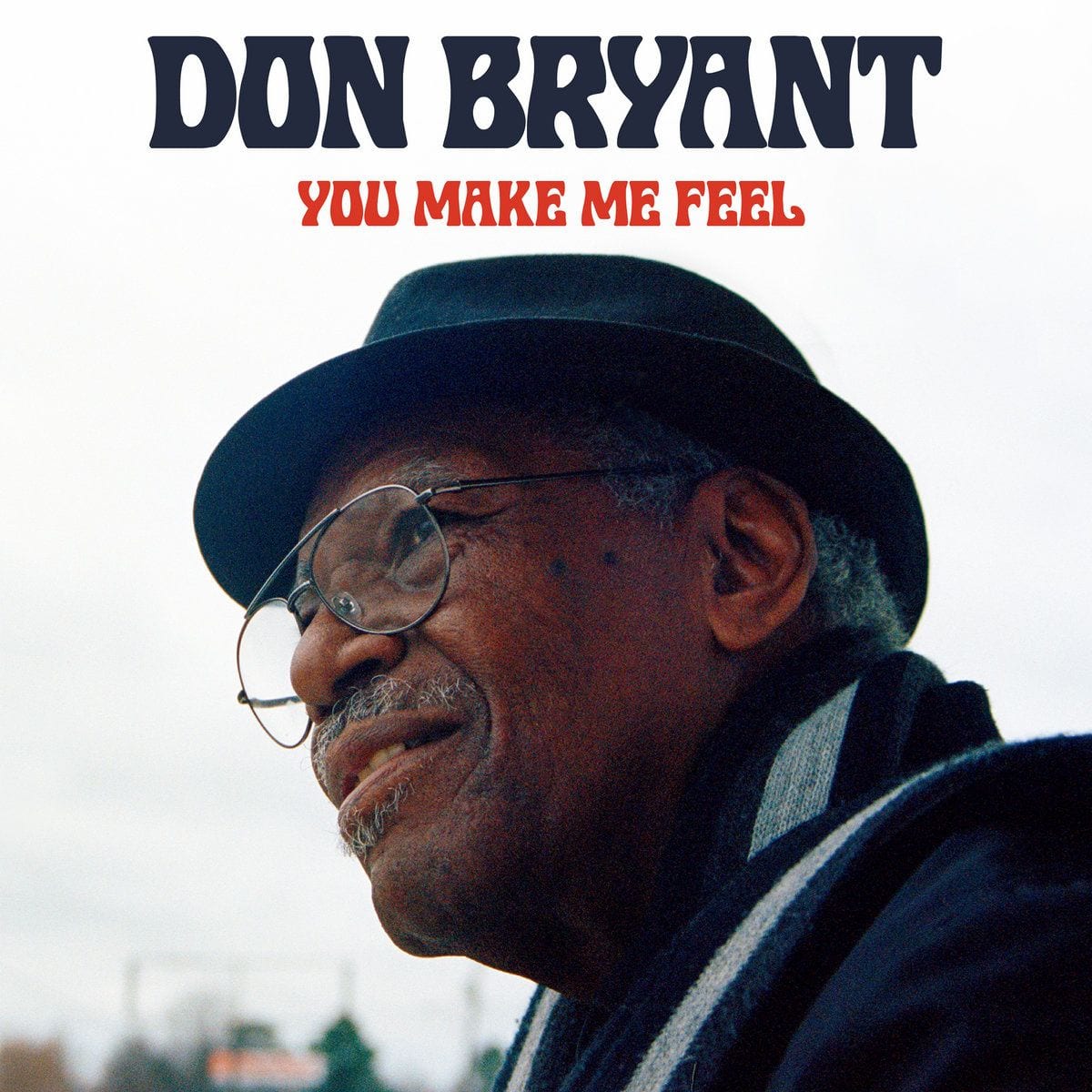 Don Bryant‘s third full-length LP You Make Me Feel is one that does just that. Feel the opening salvo of horns and salvation on “Your Love Is to Blame”, soul-fired straight-right to the frontal lobe, the first of a one-two opening combination. The Octogenarian is laying down some of the hottest soul and blues on the planet.

That’s in part due to piping hot producer and songwriter Scott Bomar who scored the delightful movie Dolemite Is My Name and co-wrote the album opener with Bryant’s wife of 50 years, bonafide legend, Ann Peebles in mind. Another part, the backing band featuring members of the ultra-legendary Hi Rhythm section — Howard Grimes, Archie “Hubbie” Turner, and Charles Hodges, who played on hits by Al Green and Ann Peebles — with members of St. Paul and the Broken Bones, the Bo-Keys, Gregg Allman Band, the HamilTones, and the Sensational Barnes Brothers – culminating with the brilliant singing and songwriting of Bryant.

Bryant and Peebles first crossed paths at Hi Records while he was the up and coming label star. As their relationship flourished, so did his songwriting. He penned “99 Pounds” for her, and the rest is history. As he pumped out goodies for Hi, including Mrs. Peebles’ smash “I Can’t Stand the Rain” in 1973 (where Missy Elliott got the sample for you younger folks), Bryant found an unexpected love of being the hitman behind the scenes. Trading the spotlight for the pen and pad paid off. On this record, “99 Pounds” was reworked into a ravishing stomp and grind, chock full of horns and hearty soul and thus completing the second punch in the aforementioned pugilistic combination, yet just whetting the palate with eyes watered.

One could go on for pages about Bryant’s past accomplishments, but quite frankly, the last two records he’s put out, both on the Fat Possum imprint, are timeless classics. 2017’s Don’t Give Up on Love was a flawless effort just one year more than half a century since his debut album Precious Soul in 1969. His story a beautiful tao of patience and real love. Thus “Love” is the foremost theme of most of his music. Perhaps a little more love is what’s needed in these present-day travails. Almost fittingly, the record was pushed back due to COVID-19 yet becomes even more poignant a few months later when they finally decided to release it in our current war on ever-present racism. It’s poetic in a way how that worked out, polarizing even. Waiting is a virtue in the world of Don Bryant.

Bomar and Bryant teamed up on a handful of songs on You Make Me Feel. Most notable other than the opener are the two penultimate. “A Woman’s Touch” feels like sweating in the pew at the gospel of Love, while closer “Walk All Over God’s Heaven” takes us to standing on the pews and dancing in the aisles in celebration of the highest. A Sunday mornin’ masterpiece that’s ethereal and sanctified. We’re being bathed in the blood after a guided tour of the inner sanctums of Memphis soul. This is my church. The reworkings of Bryant’s earlier material on this record alone should be gospel. Praise Be.