According to Guinness World Records in 2012, Dracula is the most often portrayed literary character of all time on film. He has appeared (when he’s not invisible) in 272 movies by their count and that number has already increased since then. With so many adaptations over the years, many productions have gone to extreme lengths, or perhaps better to say, extreme gimmicks, to make their version of the ubiquitous vampire stand out.

Some of the silliest that come to mind are William Beaudine’s Billy the Kid Versus Dracula (1966), whose title negates the need for a plot summary, Édouard Molinaro Dracula and Son (1976), a family comedy with the Count becoming a movie star, and Albert Band’s Dracula’s Dog (1978), which revolves around a vampiric Doberman. It’s in the context of such gimmicks that Alan Gibson’s Dracula A.D. 1972 is often placed.

The film’s concept of Dracula being portrayed as a “fish out of water” in the modern age is often derided. Roger Ebert dismisses the concept as nothing more than a setup for a sexy romp, saying, “This isn’t a terrific rationale for another horror flick but, given Miss [Stephanie] Beacham’s ability to heave, and her bosom to heave with, it will have to do.” Tim Brayton, meanwhile, claims that Dracula A.D. 1972 is a result of the production company, Hammer Films, being in a “tailspin” and “trying to keep their leaky boat afloat however they could.” Brayton adds that “to the desperate Hammer, any idea must have looked better than what they had, and if introducing Bram Stoker’s famed character to the modern world was something they could turn a profit on… then by God they were going to…” Thus, Dracula A.D. 1972‘s general conceit is often classified as more of a lazy gimmick than a legitimate artistic choice. 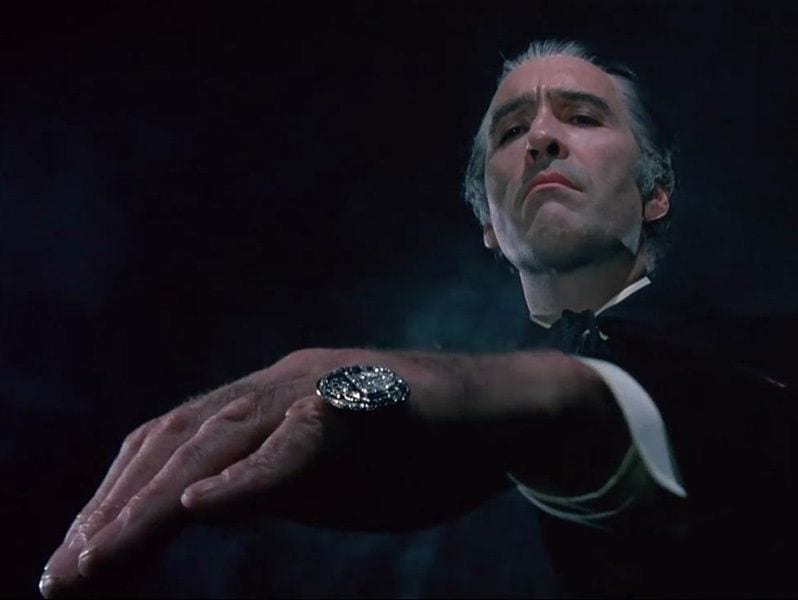 Decades later, another film with a similar title and premise would receive an appropriately similar reaction, Dracula 2000. This time the ancient Count is resurrected from a high-tech vault in modern New Orleans. Patrick Soisson, Dracula 2000‘s writer/producer, confirms the connection between the two films when he says, “[Director] Patrick [Lussier] was inspired by a really campy Hammer film called ‘Dracula A.D. 1972’… He said ‘Let’s do ours and see how the myth updates'” (Brown).

Dracula 2000 was savaged by critics just like its inspiration. Anthony Breznican calls it a “depressing waste of time” in particular for being “just too lazy to follow its own rules.” Another thing he finds lazy is the film’s title. Breznican says, “The ‘2000’ tag is already outdated, considering the movie debuted just a few days before 2001. Put it on the shelf next to this year’s equally forgettable ‘Pokemon: The Movie 2000’ and ‘Godzilla 2000.'” To appreciate how prevalent this name trend was at the turn of the 21st century, consider that there was also Death Race 2000, Fantasia 2000, and Blues Brothers 2000. So again like Dracula A.D. 1972, Dracula 2000’s central conceit came at an unfortunate time and it was lumped together with all of the other dust-collecting franchises making a gimmicky cash-grab, this time over the hype of the new millennium.

This is not to say that either film is unfairly maligned altogether, as both were criticized for plenty of things beyond the central concept. The contention of this article is in defense of that central concept itself rather than the unsuccessful films that use it. Placing Dracula out of his own time in such a way that Dracula A.D. 1972 and Dracula 2000 do is in keeping with one of Bram Stoker’s most important themes in the original novel. 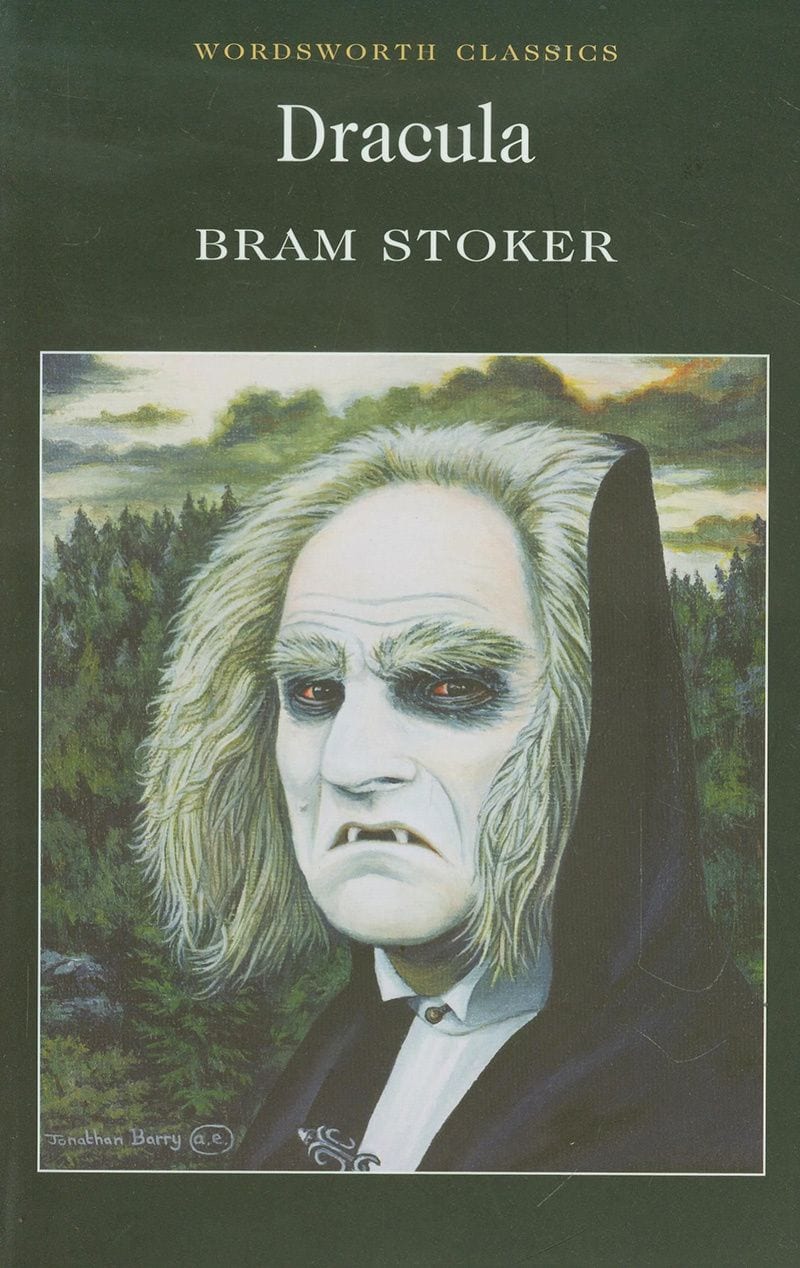 Stoker’s Dracula positions the titular character, according to Stacey Abbott, “at the center of a whirlwind of social and technological change” (16). Abbott believes that the novel essentially uses “the conflict between the vampire and the vampire hunters” as “an exploration of the complexities of modernity” (16). This emphasis on modernity would have been easily recognized by most who read the novel at the time of its release, but every generation since would find it progressively more difficult to recognize Stoker’s representation of “changing definitions of these accepted scientific principles” (17). The further in time that modern readers are placed from the novel’s setting, the easier it is for readers to simply lump everything in the novel together as antiquated. Films like Dracula A.D. 1972 and Dracula 2000 that place the character in the modern setting of the film’s release are thus in a better position to maintain this central theme of the novel more effectively than films that offer a straightforward adaptation.

While it would be easy to simply see Dracula as an ancient intrusion upon the modern city, Abbott contends that “Stoker’s novel demonstrates a… comprehensive engagement with the concept of modernity and marks an attempt to equate the vampire itself with the modern world. The novel clearly locates the narrative within Stoker’s contemporary London and is littered with icons of modern living, such as new technologies, sciences, transportation networks, bureaucracy, and urbanization, all of which would have been instantly recognizable to his late-nineteenth-century reader” (16). So rather than being a mere intrusion of the old world, Dracula represents a sort of conflation and confusion between the idea of science and the supernatural. Dracula’s powers, such as hypnosis and telepathic communication across great distances, provoke the similarly beguiling effects of new technology, technologies which can often seem supernatural when first introduced.

With this in mind, consider how Van Helsing tries to prepare Dr. Seward for the concept of vampirism in the novel. Van Helsing says, “we see around us every day the growth of new beliefs, which think themselves new; and which are yet but the old, which pretend to be young… there are things done to-day in electrical science which would have been deemed unholy by the very men who discovered electricity — who would themselves not so long before have been burned as wizards” (163-164). Thus the line between accepted science and the supernatural is continuously blurred not just within the figure of the vampire, but within the ever-changing world of modernity. As Abbott again says, “Dracula… eludes these attempts at categorization… as he defies nineteenth-century concepts of time, gravity, and physics, by personifying the changing definitions of these accepted scientific principles” (17). With this idea then so central to Stoker’s novel, it becomes a shame that the theme is basically lost for any film that refuses to update the setting to the intended viewer’s modern time. Dracula’s powers would not be as beguiling to a modern viewer simply because the technologies and transportation networks of Victorian London are to them antiquated rather than being almost as frightening and confusing as the vampire himself.

While Dracula A.D. 1972 fails to have its titular character venture into the modern city and interact with a spellbinding world of new technology, its premise would have put it in a strong position to do so. Thus the premise itself is nothing to sneer at, the problem is in its failure to adequately explore its own conceit. Dracula 2000 makes a much more admirable attempt at wrestling with these ideas. As Alan S. Ambrisco and Lance Svehla say, “Dracula 2000… portrays the notorious vampire reveling in a world not only of blood but also of images. This rewriting of Dracula’s legend engages anxieties about the place and nature of simulacra in postmodern culture” (1). 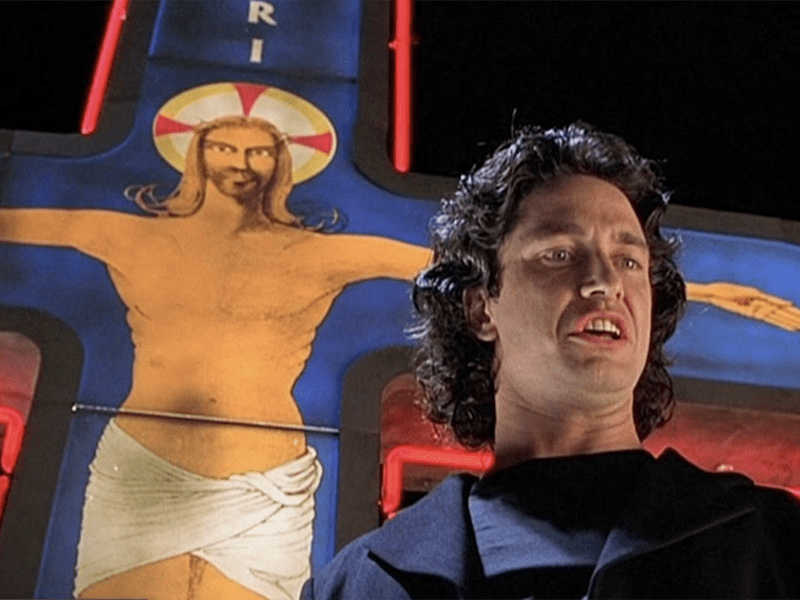 Ambrisco and Svehla go on to discuss the film’s portrayal of Dracula being “transfixed” by “an orgy of images” when he walks through “the grotesque splendor of Mardi Gras” in modern New Orleans (4). In particular, Dracula is awestruck by a giant screen built into the front wall of a Virgin Record Store. The screen plays a music video, appropriately by the band Monster Magnet, that rapidly flashes through a host of provocative “images of sadomasochism, nuclear explosions, assembly line production, warfare, classical theater, mud wrestling, and sexual fetishes” (4). Enraptured by this new technology and its portrayal of a whirlwind of cultural change, Dracula whispers, “Brilliant!”

Compare this to Stoker’s novel and how Dracula thirsts for the modern cityscape just as much as he thirsts for blood. He tells Jonathan Harker, “I long to go through the crowded streets of your mighty London, to be in the midst of the whirl and rush of humanity, to share its life, its change, its death, and all that makes it what it is” (17). The above scene in Dracula 2000 hits this note more effectively than any other Dracula film simply because the audiences seeing the film share Dracula’s awe of their own modern world. Audiences at the time of Dracula 2000’s release were in a better position to connect Dracula’s abilities to the beguiling quality of technology and culture that is truly cutting edge from their perspective rather than antiquated or even quaint.

No matter how much of a critical or commercial failure Dracula A.D. 1972 or Dracula 2000 were, the central premise cannot be blamed in either case. Nor can that central premise be dismissed as a cheap gimmick in and of itself, even if that is how the creators behind either film treated it. Exploring the awe and the fear associated with the ever-changing modern is quintessential to Stoker’s representation of Dracula, and it would be a shame if future filmmakers shied away from modernizing a character who essentially needs it, to avoid being associated with the failures of Dracula A.D. 1972 and Dracula 2000. Continually modernizing Dracula’s time and setting is not only far from a lazy gimmick, but it is also, if done effectively, the truest way of adapting Stoker’s vision.