Dragnet may not have invented the police procedural, but it certainly set the mold, establishing conventions that are still in use today. Some specific aspects of Dragnet have also become embedded in American popular culture, so that even if you’ve never seen a single installment of this long-lived radio, television, and movie franchise, you may well be familiar with its percussive introductory theme and the opening narration which includes the phrases “the story you are about to hear is true” and “only the names have been changed to protect the innocent.”

The Dragnet franchise was a Jack Webb project from its inception. It began as a 30-minute radio program that aired from 1949 to 1957, and Webb not only played the central character, Sergeant Joe Friday of the Los Angeles Police Department, he also created and wrote the series. In 1951, a television series with the same name, also created by and starring Webb, began airing on NBC; it ran until 1959 and co-starred Ben Alexander as Officer Frank Smith, Friday’s partner. In 1954, Webb directed and starred in the feature film Dragnet for Warner Brothers. The television series was revived by NBC in 1967, with Webb in his familiar role and Harry Morgan now playing the part of Friday’s partner Officer Bill Gannon. Although this incarnation of the franchise only ran until 1970, it has remained in the public consciousness due to many re-airings on local television stations and cable television channels.

In the world of Dragnet as created by Jack Webb, the distinction between right and wrong is always obvious, and the police are always on the side of what’s “right”. What’s more, Joe Friday and his partner are relentlessly polite and fastidiously clean cut, and of course they solve every case in the time allotted. These aspects of the show provided comfort to certain viewers who were afraid of the prospect of crime, offended by hippies and beatniks, and in general wished the world were a “simpler place”. Dragnet‘s earnestness made it a fertile subject for parody, and in 1976 Saturday Night Live aired a comedy sketch based on the franchise. That sketch served as the kernel the 1987 film Dragnet, directed by Tom Mankiewicz (yes the son of Joseph L. Mankiewicz and nephew of Herman J. Mankiewicz), which mostly parodies the original franchise while also paying homage to aspects of it.

The basic conceit of the 1987 Dragnet is that LAPD Sergeant Joe Friday (Dan Aykroyd) has taken more than his name from his famous uncle. The film is set in the ’80s, but Friday seems to think it’s still the ’50s and is doing everything possible to pass as an incarnation of the original Joe Friday. His partner Pep Streebeck (Tom Hanks) is a contrast in every way—Streebeck is relaxed while Friday is uptight, dresses casually while Friday typically wears a gray suit, white shirt, and fedora, and takes pleasure in life while Friday is all about work. While investigating the theft of a run of pornographic magazines, Friday and Streebeck discover a cult anviliciously named People Against Goodness and Normalcy (P. A. G. A. N., get it?) and decide to infiltrate it. Mayhem ensues, but not hilarity. A whole lot of things happen over the course of this film, many involving cheap props and attempted humor, but most of them are neither insightful or funny. This is a problem in a film which intends to be a comedy.

The phrase “Saturday Night Live spinoff” doesn’t inspire confidence when it comes to movies, because for every Blues Brothers (John Landis, 1980), there are several more on the level of Coneheads (Steve Barron, 1993), It’s Pat: The Movie (Adam Bernstein, 1994), and Stuart Saves His Family (Harold Ramis, 1995). Dragnet is neither the best nor the worst of the SNL spinoffs, and while I’d never say that it’s a good movie, it does have its enjoyable moments. The main problem is the tedious script by Aykroyd, Alan Zweibel, and Mankiewicz, which demonstrates (as do many other SNL spinoffs) why it’s generally not a good idea to try to stretch a comedy sketch concept into a feature length film. 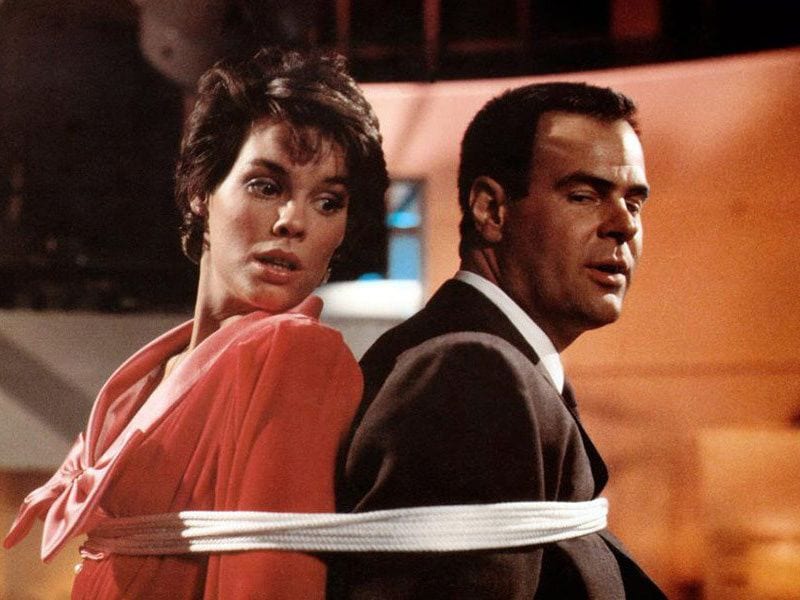 On the plus side, Aykroyd and Hanks are both good in their roles—Hanks is relaxed and charming while Aykroyd does a pretty good interpretation of the character Webb made famous. The screenplay’s best writing shows up in Aykroyd’s many voiceovers, and he delivers them convincingly. Several actors also turn in good performances in supporting roles, including Harry Morgan as a much older Bill Gannon, Christopher Plummer as the Reverend Jonathan Whirley, and Dabney Coleman as porn king Jerry Caesar. Location shooting is also a plus, with many famous L.A. locations including (of course) Los Angeles City Hall, Inglewood Park Cemetery, Venice Beach, and Griffith Observatory.

Shout! Select‘s Collector’s Edition Blu-ray of Dragnet includes a number of special features, beginning with an audio commentary by Russell Dyball, a scholar of popular culture and Associate Producer at Shout! Factory. The disc also includes an interview with actor Alexandra Paul (25 min.); a featurette starring Dan Aykroyd and Tom Hanks on the history of the Dragnet franchise and the making of the current film (46 min.), the original theatrical trailer and 5 TV promo spots. 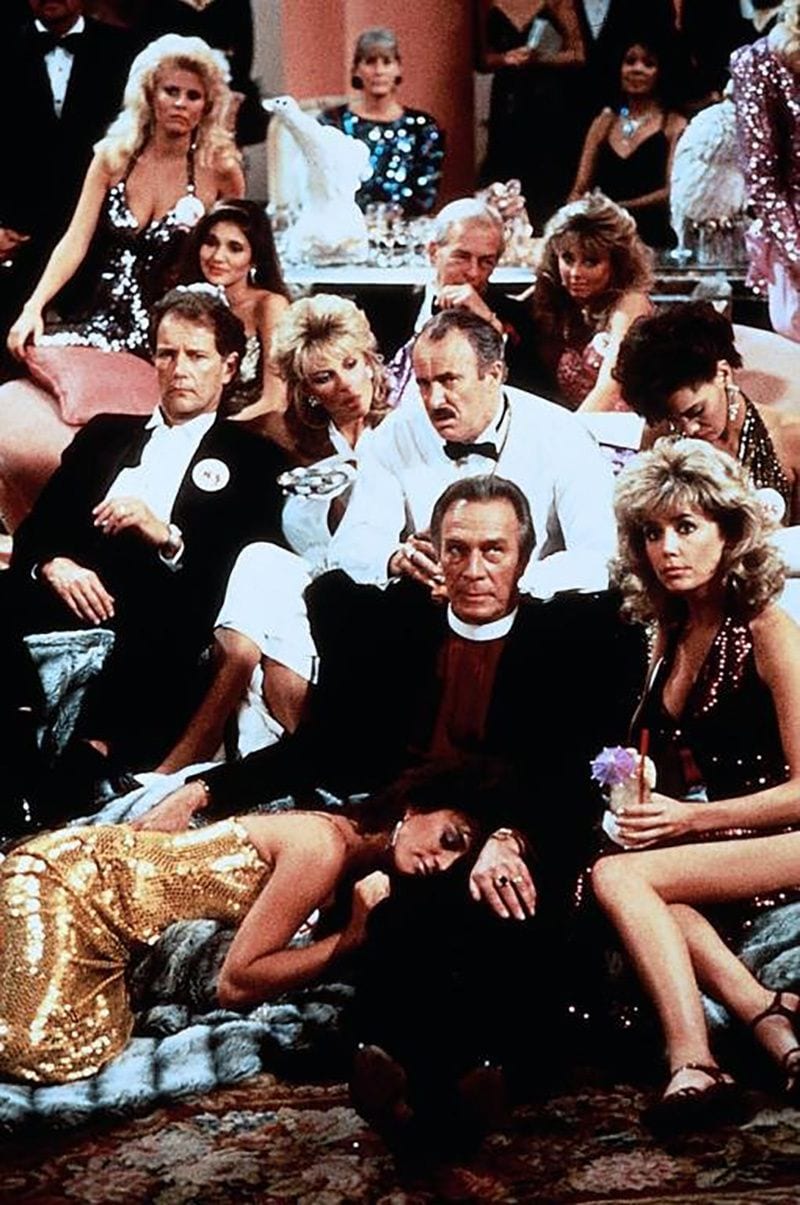