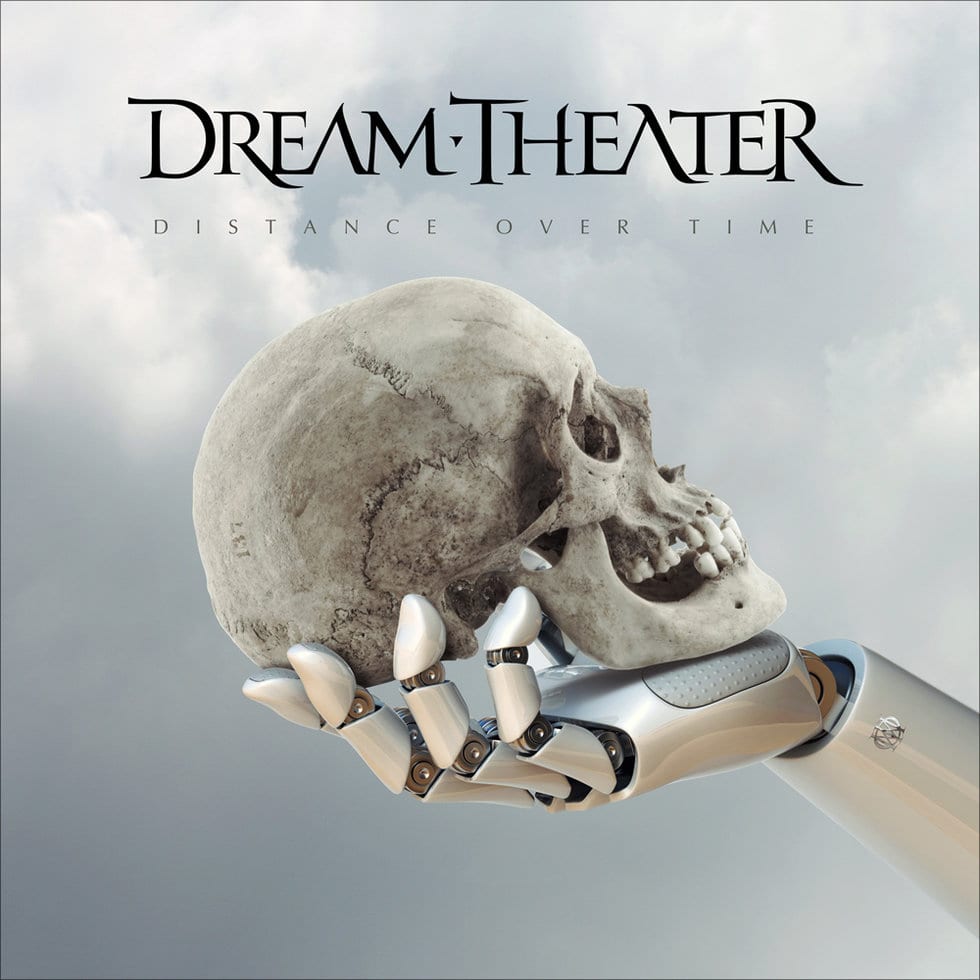 Distance Over Time
Dream Theater
Inside Out Music

The best thing Dream Theater could do after 2016’s The Astonishing, an overwrought double concept album with a storyline that makes 1999’s Scenes From a Memory look modest is precisely an album like Distance Over Time: just a bunch of dudes making good music and exercising a modicum of discipline and restraint. Distance Over Time is not going to break the mold, or revolutionize the form—indeed, the longest song on the album is under ten minutes, which is a marvel of brevity from Dream Theater—but it’s got some of the best songs they’ve released since parting ways with Mike Portnoy.

Distance Over Time is at its strongest when it feels improvised and energetic—not overly-planned like The Astonishing (or even 2001’s Six Degrees of Inner Turbulence, to a degree), but rather like the gang holed up in a studio and decided to lay down some tracks. (This is, in fact, what happened.) While guitarist John Petrucci continues to take on bandleader duties largely solo since the departure of Mike Portnoy, Distance Over Time feels like a more democratic and collaborative effort: there are multiple lyrics credited to vocalist James LaBrie and to bassist John Myung, and even lyrics written by drummer Mike Mangini, meaning that John Petrucci isn’t shouldering those responsibilities along like he did for The Astonishing, for much of 2013’s Dream Theater, and for most of 2011’s A Dramatic Turn of Events.

The best song on the record is actually the bonus track “Viper King”, featuring James LaBrie’s most yowly vocals of the album. It actually feels like a more polished outtake from the Falling Into Infinity demos—never a bad thing, as Falling Into Infinity (1997) is a highly underrated album. You can imagine that “Viper King” was was tossed off in one take by a group of musicians in their prime, just screwing around, writing a song about a car. Lyrics were never Dream Theater’s forte, anyway, and here they lean into that weakness as a sort of cheesy strength.

For better or for worse, the songs on each successive Dream Theater record seem to be increasingly crystallized into discrete categories, meaning that a B-side type of frivolity like “Viper King” is all the more welcome. Unfortunately, for people who have listened to all of the band’s discography, it means that it’s as if you can check off a list of what to expect on a Dream Theater album, meaning that the pleasant surprises come as actual surprises. You can usually count on there being one or two soft ballads per album, here represented by “Out of Reach”, which usually features vocalist James LaBrie’s more eloquent and less snarly efforts. There’s the song that doesn’t really sound like a Dream Theater song at all, with a simpler, almost plodding melody—I’m thinking of the Linkin Park pastiche “Build Me Up, Break Me Down”, from A Dramatic Turn of Events as the worst offender, but “Paralyzed” here also fills that slot. In the absence of a monster 20-minute-long track on Distance Over Time, there are “Pale Blue Dot”, clocking in at over eight minutes, and “At Wit’s End”, at over nine minutes, to share the long-song burden.

Following that checklist model, Distance Over Time has the expected the one or two tight hooky songs—the ones that either are, or could be, strong singles—and “S2N”, despite not being a single, has the catchiest chorus of any track here. “S2N” also has the honor of having the most thoughtful lyrics of the songs on this record. Or, rather, “S2N” has the best match of lyrical theme and musical function, because the incredibly appealing melody of the chorus almost anticipates, or emulates, the dopamine rush we get from consuming endless amounts of news and information that only serve to make us more stressed—all while talking about those same news items and disasters we can’t look away from in its actual lyrics.

And yet there are moments on Distance Over Time that harken back to more halcyon days—or, at least, songs or albums of theirs I like better than recent material. (For the record: 1994’s Awake is their best, followed by 2003’s Train of Thought, which was their last stellar album.) “Barstool Warrior” shines despite its awful title, harkening back to the emotional narrative-driven lyrics of Six Degrees of Inner Turbulence; it sounds like it’s purposefully taking cues from Six Degrees’ “About to Crash”, with the middle instrumental break featuring lovely, plaintive piano work from keyboardist Jordan Rudess.

While 2007’s Systematic Chaos is one of the weakest Dream Theater albums, the vocal melodies in part of “At Wit’s End” recall Systematic Chaos‘ “In the Presence of Enemies, Pt. 1”, a throughly weird and wacky song. “At Wit’s End” also features a headbang-y opening riff that recalls “This Dying Soul” from Train of Thought, adding a nice bit of continuity. And while the lyrics of “Out of Reach” are truly corny, James LaBrie’s entirely sincere performance and the sentimental guitar melody recalls “Another Day” from 1992’s Images and Words, making the track at least a guilty pleasure. LaBrie’s voice is often lost in the mix on Distance Over Time, strangely enough—or, at least he’s less foregrounded than on previous records, meaning that he’s stuck in snarl mode for too many songs.

On the whole, there’ve been strong songs scattered on every Dream Theater album in the Mangini era—the ballads “Far From Heaven” and “Beneath the Surface” on A Dramatic Turn of Events, or the Rush-esque “The Looking Glass” on Dream Theater to name a few—but the briskness of Distance Over Time means that the good stuff feels more concentrated, with the mediocre material mere blips on the radar. While any other band’s 14th studio album might start to reveal fatigue, Dream Theater balances polish, consistency, musical excellence, and excitement on Distance Over Time.