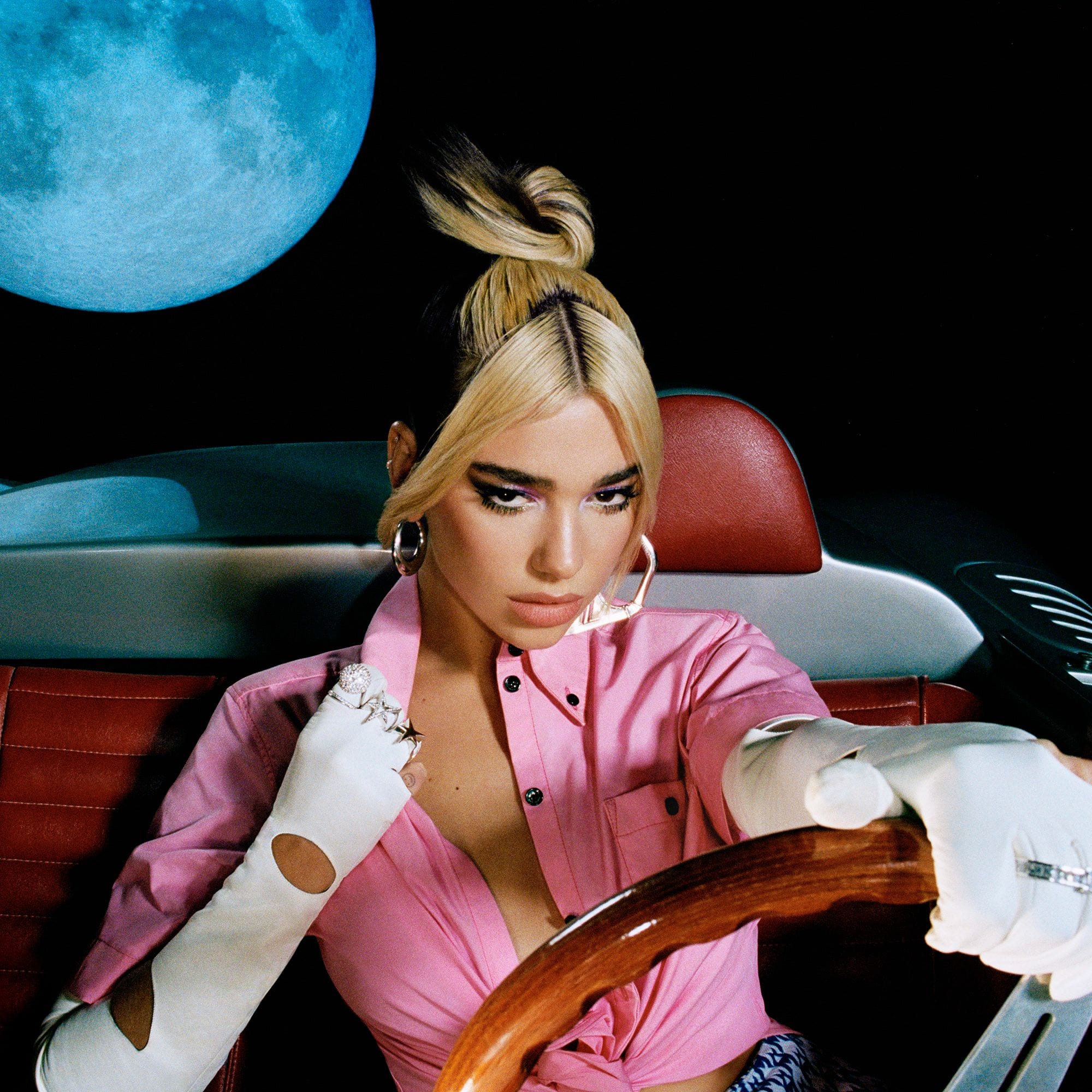 Before you even reach the 10-second mark of “Don’t Start Now”, the now inescapable lead single from Dua Lipa’s sophomore effort Future Nostalgia, it’s clear that something immeasurable has happened in the space between it and the trendy, faceless compositions that made up her 2017 debut. Suddenly, the singer who’d once seemed algorithmically generated for maximum girl power and radio potential, indistinguishable from the EDM-lite crooners who’d preceded her, was springing forth in full color.

Her voice, which had been rendered anonymous on early hits like “New Rules”, was suddenly sharper, more distinctive, and unexpectedly brutal on “Don’t Start Now”. Every command in its chorus is a firm smack across the face: Don’t show up. Don’t come out. Her ex wouldn’t dare, but for a hook this cathartic, we’ll risk it.

Elsewhere too, the imagery and production are gleefully campy, confidently toeing the line between taste and the total lack thereof. “Physical” is a prime example, which could aptly soundtrack both a high-speed chase montage and Jamie Lee Curtis in Perfect (so much so that Dua paired the track with an ’80s home-workout video). Before “Hallucinate” even flourishes into its chorus, which sports about four equally fantastic hooks, its tried-and-true cruising bassline betrays what an obvious hit lies ahead. “Levitating”, whose hypnotic synth line sounds like Super Mario 64 being played at the far end of a tunnel, deploys cascading disco strings and a tossed-off bridge, straddling the familiar and the modern.

All of this is to say that Future Nostalgia is the work of an artist who has learned something can’t be taught: presence. The album’s core references occupy extremely crowded lanes — disco, dark synthpop, R&B vocal inflection. In less capable hands, these have come off cynical and trite, capitalizing on nostalgia for an era of pop music less beholden to hip-hop or dance music trends. Instead, Future Nostalgia is a strident, consistent offering of near-immaculate pop music that refuses to forego tight songwriting for nostalgic bells and whistles, helmed by a singer who seems exponentially more aware of what she’s capable of.

Take the album’s title track, for example, which masters a tricky balancing act between sassy and irritating on its talk-rapped verses. Where other dubious white women have fallen on their faces attempting this sort of casual cool, Dua comes off stylish and light-hearted. Potential geometric, synchronized choreography isn’t hard to imagine. The spare and sexy “Pretty Please” is similarly airtight, the instrumental weaving in and out at the exact right moments, the controlled chaos of the bridge elevating a snappy but muted deep cut to stadium potential. The little “Go Gina” bell in the chorus is cosmically perfect, the kind of thing that fans will be pantomiming every time for years to come.

Practically the entire front half of the album is expertly constructed and performed- verses and choruses catchy and distinct, a masterful every-song-a-single approach. The back half stumbles a bit in this regard. The repetitive hook on “Love Again” doesn’t pop in the way it needs to, Dua’s otherwise expressive low register suddenly non-committal, its White Town sample not enough to make it soar. “Good in Bed” will likely divide fans, the only truly contemporary outlier on an album otherwise committed to throwback sounds. Its descending chorus is an off-putting head-scratcher on the first pass, and the line about “good pipe in the moonlight” betrays the more successful subtle innuendo elsewhere on the album.

The album’s only true disappointment is closer “Boys Will Be Boys”, a sexual harassment lament that is painfully out of place, sporting a cloying and melodramatic melody that sounds outdated, not nostalgic. The “boys will be boys, but girls will be women” refrain is a platitude that wishes it was profound and anchors the album’s only ballad. The uniformly light-hearted energy does not let up in the slightest until this point. It’s a too-timely sentiment for an album that hinges on nostalgia and escapism — Future Nostalgia deserved a more cathartic closer.

Still, despite an unfortunate leak of the album that prompted a rush release, it’s difficult to imagine that an album this kinetic and focused won’t have the impact that it would’ve had a week later. Future Nostalgia is the stuff of timeless radio gold and decade-plus careers, the sort of album that shifts the Overton window and makes pop music popular again. It’s an impressive show of skill, the increasingly rare sound of an artist coming into her own– the kind of sound we’ll one day be nostalgic for.