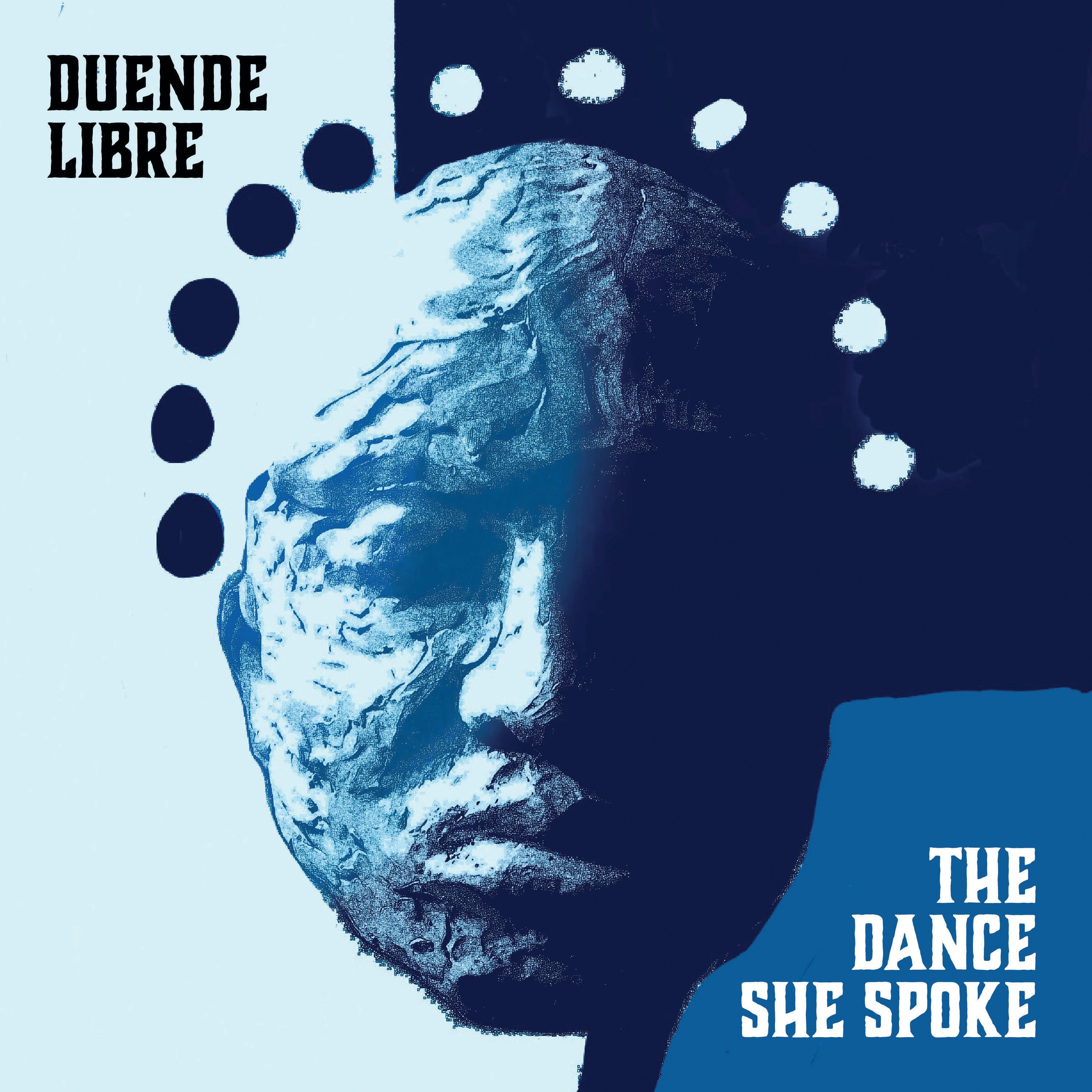 There are layers of meaning to the title of The Dance She Spoke, the new album from Seattle-based jazz ensemble Duende Libre, each adding to the depth of the sounds stored within. On the surface, it suggests a synesthetic connection between senses of hearing and proprioception, between the said and the done, as perceived from the outside. As bandleader and pianist, Alex Chadsey tells us in his liner notes, there is also a specific cultural context for the phrase: it comes from pioneering ethnomusicologist Ruth M. Stone’s work in Liberia, specifically from a Kpelle interlocutor. It reflects certain philosophies of performance found throughout West Africa, ones based on the idea of relations between the senses rather than separations between them. Chadsey further cites vocalist, percussionist, and key arranger Frank Anderson’s understanding of two words from the Maninka language group prominent in Mali and Guinea, among other nations: don, which Anderson translates as dance, and donkili, or song.

It’s an interesting choice, then, as a frame for as aural experience as an album, one that asks listeners to transcend their senses and to perceive The Dance She Spoke as conveying not only music but motion — a tall order, to be sure. Rhythms are the key to it, and to find the right ones, Duende Libre look to tradition. They cite three regions, in particular as sound sources: Hamana, in Guinea, and Wassoulou and Khasso, in Mali. (Anderson’s travels to study with master musicians in these areas heavily inform the group’s interpretations of these traditions – rightly so.) In drawing on older rhythms and melodies in the context of their original arrangements, Duende Libre remind us how much the very existence of jazz throughout the world relies on the circulation of aesthetics through movements of the African diaspora — yet another perspective on the interconnectedness of music and bodies.

Key to these allusions on a musical level, of course, is the timbre of such acoustic percussion as Anderson’s sangban, guest Senegalese percussionist Thione Diop’s djembe, and percussionist Jeff Busch’s berimbau. The latter of these also serves to evoke Afro-Brazilian sounds; on “Dansa”, it does so alongside upbeat call-and-response vocals from Anderson and Chava Mirel. Chadsey and Busch fill out the responding choral ensemble on “N’gri”, one of the album’s most well-balanced collaborations between vocals, percussion, Chadsey’s keys, and Farko Dosumov’s crucial but understated five-string electric bass.

Focus shifts to the North American aspect of the African diaspora on “You Gotta Go”, a bluesy, timely piece of funk with lyrics by Anderson and electric guitar from Jabrille “Jimmy James” Williams, perhaps most recently known for his work with the Delvon Lamarr Organ Trio, whose influence is strong on Chadsey’s Hohner Clavinet throughout the track. Bookending the record are “Hush (Dawn)” and “Hush (Twilight)”, two instrumental pieces on which Chadsey and Dosumov lead the ensemble with warm, gentle energy.

The members of Duende Libre take great care in crediting and emulating the international array of traditions that come together in The Dance She Spoke, a laudable aspect of the album that goes a long way in making globally-inspired jazz with dimension. Each member’s experiences are vital as they filter West African traditional rhythms through their own hands, voices, minds, bodies, each song as much choreography as a composition. Hopeful in sound as well as in ideological foundation, The Dance She Spoke is an album full of heart and historical multitudes.