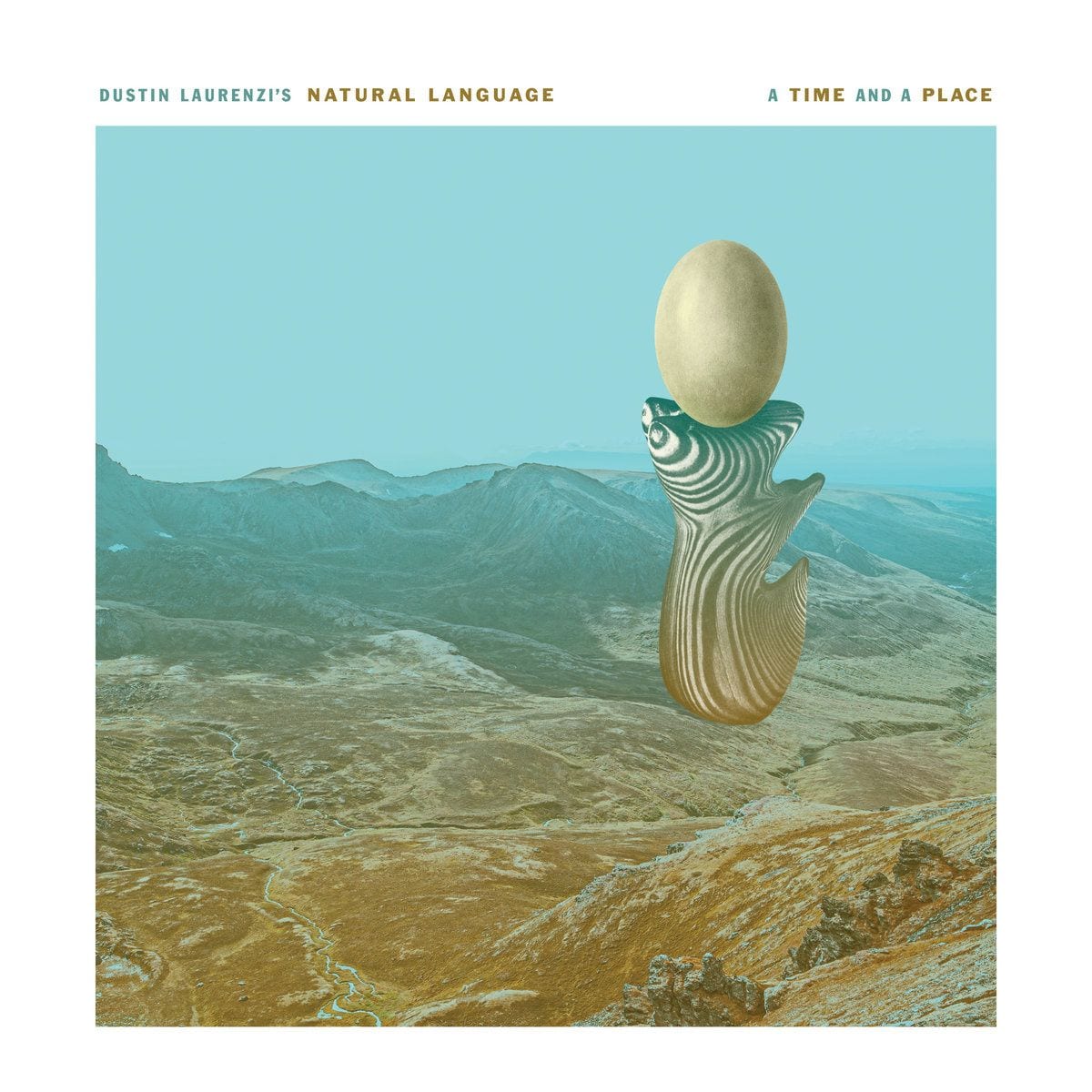 Dustin Laurenzi is a busy man with a list of musical projects that would make the average artist cower in intimidation. But unlike many overachievers who tend to spread their musical talents too thin, virtually everything the Chicago-based tenor saxophonist takes on is a thrilling journey. His work in the inventive jazz trio Twin Talk has been critically lauded. He assembled an octet (under the moniker Snaketime) to interpret the works of cult musician Moondog. Additionally, he’s performed with Bon Iver, Matt Ulery’s Loom/Large, the Quentin Coaxum Quintet, and Katie Ernst’s Little Words. Now, with A Time and a Place, Laurenzi has reassembled Natural Language, an exhilarating quartet featuring guitarist Jeff Swanson, bassist Mike Harmon and drummer Charles Rumback.

With this small but mighty arsenal of musicians, A Time and a Place – the long-awaited follow-up to Laurenzi’s self-titled 2016 Natural Language album – manages to tuck comfortably into a handful of slightly unhinged post-bop and free jazz numbers. That allows the musicians to lock into solid melodies and also take on refreshing, inspired soloing. Everything begins gently and almost tentatively with “Mantra”, as an ostinato guitar-bass pattern sets the scene, and Laurenzi eventually solos wildly over it, and Rumback’s drumming breathlessly keeps up.

Laurenzi pays tribute to free jazz saxophone legend Albert Ayler on the intricate, inspiring “Albert”, which concentrates largely on the interplay between guitar and saxophone (Swanson contributes his share of freewheeling, atonal soloing here). But as on the rest of the album, “Albert” provides generous amounts of rich melody alongside the improvisational sonic blasts. “Ridgeway” is another great example of this, as the song’s melodic lines are rolled out methodically to reveal what can be considered the album’s centerpiece ballad. Harmon takes a bass solo on the track – a complex, lyrical journey that may be one of the album’s finest moments.

“Blocks” sees the quartet taking on melodies as a group, initially moving away from the concept of solos and improvisation. This disarming discipline shows both a strong sense of compositional skill and the group’s ability to work well as a unit – even when Laurenzi eventually flies off on more intoxicating soloing halfway through the track. The album closes with its longest song, “Slate”. Against a slightly ambient, droning backdrop, Harmon and Swanson enter with simple notes before Laurenzi and Rumback offer more complex contributions, creating an odd combination of chaos and calm. It’s somewhat reminiscent of “Psalm”, the final section of John Coltrane’s epochal A Love Supreme, which offers a hymn-like, meditative close to the proceedings.

If the mission of Laurenzi’s Natural Language is to provide a tribute to the sounds of the masters – be it Coltrane, Ayler, or whoever –
A Time and a Place is a rousing success and a deeply inspirational piece of work.