There’s a moment midway through Andrew Slater’s Echo in the Canyon (2018) where Brian Wilson sits down at the keys. Everybody surrounding him in that studio is much younger—yet Wilson is astonishingly limber in the movements of his arms and hands, delightfully clear in his speech and wit, flexible and casual in a way that seemed no longer possible a decade or two ago. These young people are preparing to play one of his songs in a key that isn’t his original. He’s game for it, waves away their solicitudes, smiles graciously.

As everyone knows, Bob Dylan faced a resounding chorus of boos when he played an electric guitar at the Newport Folk Festival in July of 1965. The New York people did not appreciate their folk revivalist-in-chief picking up a Fender Strat. He doggedly pressed on, but Dylan’s subsequent tour was split in two—acoustic first half and electric second half. That tour never stopped in California, and I often wonder how the possibility of a different reception there might have given him proper encouragement. Dylan has always been a man without a “one true band”, a solo act by his nature. But at this same time, out in Laurel Canyon from 1965 through ’67, something was happening.

This small, rather utopian stretch of time gets beautiful documentary treatment in Echo in the Canyon, hosted by Jakob Dylan. The film brings together current, original interviews with many of the musicians of the era, plus the speculative conversations of some young musicians under their spell. Now, these kids have relatively faithfully record the songs again for a terrific must-have album soundtrack. Specifically: The Byrds, the Mamas and the Papas, the Beach Boys, and Buffalo Springfield. There’s new conversation and also some performance from: Brian Wilson, Ringo Starr, Michelle Phillips, Eric Clapton, Stephen Stills, David Crosby, Graham Nash, Roger McGuinn and Jackson Browne, alongside “new kids” Beck, Fiona Apple, Cat Power, Regina Spektor, and Norah Jones. And gorgeously bridging the gap between the two, the late Tom Petty, for whom the film is dedicated, in his last interview. 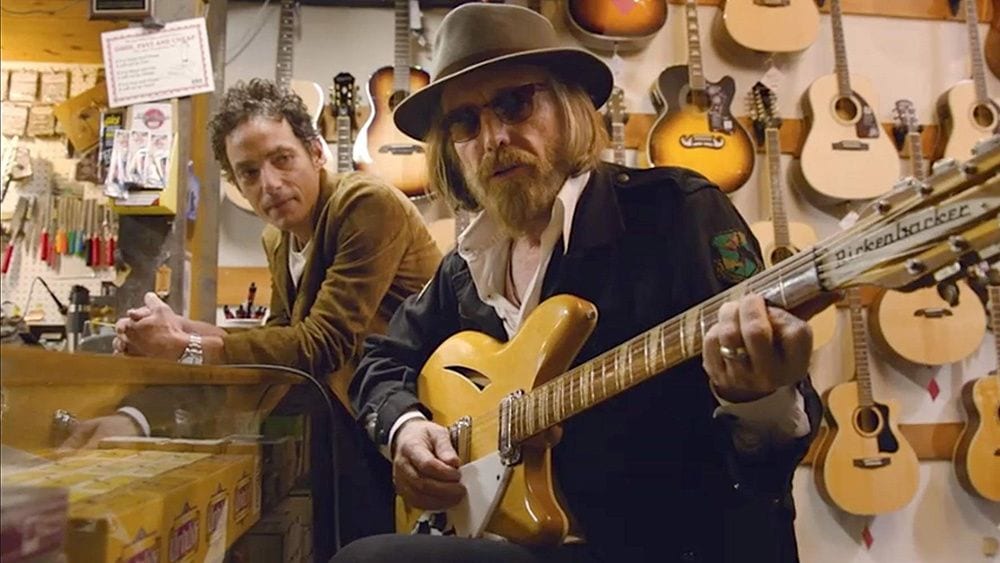 In a documentary from which record company hassles and financial considerations are blessedly absent, the creatives take center stage with their thoughts on the nature of this idyllic period and the true meaning of “California sound”. In a way, all four of these bands were supergroups because they had multiple lead vocalists and multiple composers writing material for the albums. Each band was leaning on all the other bands. They could just walk down a few blocks and bang on the door, show up unannounced with guitars and sit in the sunshine jamming all day, workshopping material with each other. They had impromptu listening parties. There was a sense of shared mission, rather than competition. There was a sense of paying homage and referencing another band’s work, rather than of thieving chord progressions and pushing the single out to radio ahead of another group.

The film anchors these dreamy vibes in the landscape of Laurel Canyon, of course, but also a few specific studios that may not be around much longer and deserve some proper historical record of their contributions. It also uses the electric Rickenbacker twelve-string as a touchstone, the thing that first generated the proper jangle. As Petty tells it: the second Rickenbacker ever made was meant as a present for John Lennon, who was not at home when the gift arrived, so George Harrison picked it up and wrote “If I Needed Someone”. It was based on The Byrds’ “The Bells of Rhymney” adaptation, and so it was that a band headquartered in Laurel Canyon came to influence The Beatles, whose Rubber Soul album was taken up by Brian Wilson in order to write the Pet Sounds album for the Beach Boys. The Beatles then soaked up Pet Sounds and spit out Sgt. Pepper.

And so it was that the electrified folk revolution that Bob Dylan envisioned but could not himself execute was launched in California by several highly collaborative bands at once. The results are massively beautiful, capturing a brief but glorious moment in musical history that bridges the gap between folk and what soon became psychedelic rock.

We tend to think of music history as a straight line of so-and-so begat so-and-so, a direct series of musical influences. But asEcho in the Canyon makes wonderfully clear, some of the best moments in music history are actually very soupy. At its best—it’s least commercially conscious, it’s most creatively supportive—it’s less a string of dominoes than a gumbo where everyone has something to contribute. Some of these contributors had kids who are now adults and fierce musicians in their own right. Dhani Harrison’s George Fest is one elementally brilliant example of what this can mean. So too is Jakob Dylan’s reserved, delighted work on Echo in the Canyon. He has certainly learned his father’s lessons, searching here for a sense of community that Bob has never found. Perhaps he once came close in the tragically short-lived supergroup The Traveling Wilburys—a collaboration for which Harrison chose to pick up that same Beatles-era Rickenbacker, probably to echo the vibes of Laurel Canyon, even though they were recording in Malibu.