Eilen Jewell‘s new single, “Crawl”, puts the Idaho resident’s formidable talents on full display: Slithering between blues and country with a sense of gospel creeping along in the darkness, it’s also the lead cut from her upcoming album,Gypsy, which is due 16 August via Signature Sounds.

Although her songs often recall a bygone era, rarely encumbered by stylistics that arrived any later than the 1960s, it never feels like an affectation. Instead, one is struck by the purity of her work, its seeming effortlessness and its deep emotional impact. One can hear that in “Crawl” alone, a song she says was a long time in the making.

“I worked on it for several years, off and on. The first few lines came to me in 2009 while I was writing songs for Queen of the Minor Key. Eventually, another line came to me, and slowly over the years, it wrote itself. It’s inspired by a recurring feeling, one I’ve been getting often since I was very young like I want to turn everything upside down, and I want everything to be completely different than it is. I love the way it came across in the studio. Jerry Miller’s guitar matches the angst behind the lyrics. Katrina Nicolayeff’s fiddle puts the song in the perfect setting.”

“Crawl” sets the pace for a Gypsy, an album that finds Jewell taking on the overtly political in her songs. Jewell recently spoke with PopMatters about that and more. 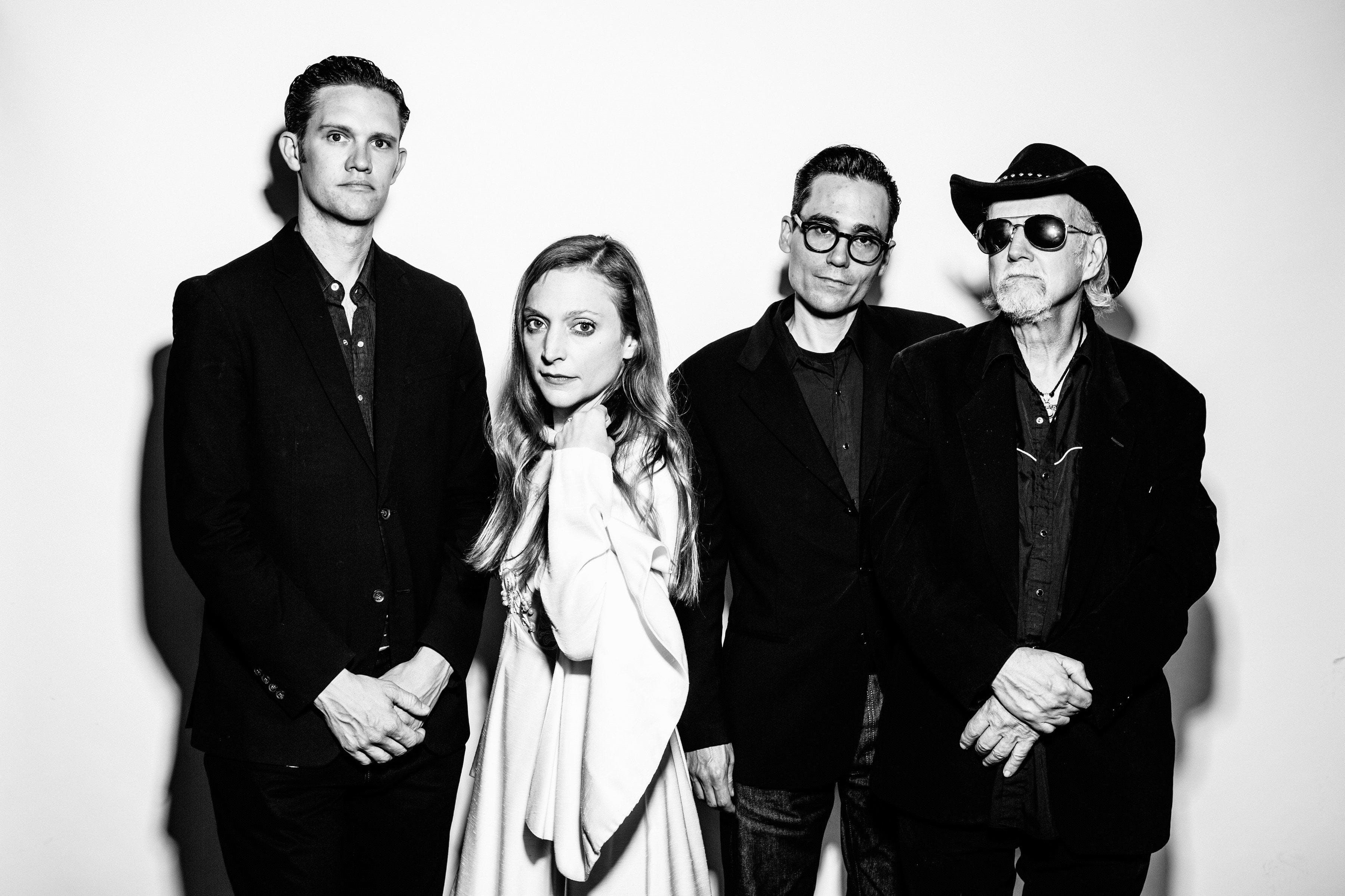 It seems like with this record some themes are new or more overt this time out. Did you have a sense of that while you were writing?

There were themes that kept coming back to me, and I was noticing that more so than usual. Everything is so highly political these days. It’s hard to tune it out. A lot of what kept coming back to me was what it means to be a woman in today’s political climate. There was a sense of, “How do I relate to this world now?” Some of my fans don’t want me to discuss politics in my songs, which makes me want to discuss politics in my songs even more. [Laughs.]

The more they try to shut me up and say, “Just sing your songs, I don’t want to hear about your politics,” the more I think, “Well, I guess I should include my politics in more songs.” Whenever somebody tells me, I can’t do something, that’s what I become interested in doing.

There are many classic country and folk songs that we often forget have their politics about them.

They don’t necessarily say, “I vote Democrat” or “I vote Republican”. But I think that to be alive in society and to make any commentary on the society is to join a political conversation, whether you want to or not. To be alive is to be political. I can’t help but sing about the world as I see it. That’s all songwriters ever do.

The track “79 Cents (The Meow Song)” really struck me.

I wrote that shortly after Trump was elected. There was a lot on everyone’s minds. I started reading and came across this statistic, which stated that women make 79 cents to a man’s dollar. I became intrigued by that as a concept. Whether it’s true or not, because some people debate that statistic, it’s still how it feels. To have somebody who is a self-professed pussy grabber as a president, I think makes a lot of women feel like we are 79 cents to a man’s dollar. Or much less if we’re a woman of color. It’s a way of saying, “This is what it’s like for me right now.” Some people hate that, and that’s OK too.

You mentioned some of your fans not wanting you to go in a political direction. Do they get confrontational? How are you aware of it?

Through Facebook. What happened was, I was being interviewed for a Spanish newspaper. At the end of the interview, I was asked, almost as a side note, “What books do you think President Trump reads?” I said, “I don’t think he reads books.” Because I don’t. I was asked my opinion, and I gave it. That became the headline of the article, even though it was supposed to be an article about this concert I was doing in Spain.

We thought it was funny that that became the headline and almost seemed like the focal point of the article. We posted it on Facebook, with a little translation of the headline. It was amazing, the backlash that we got from our conservative fans but, also, our liberal fans had a lot of backlash for our conservative fans. There were attacks from both sides. Some fans said, “I’ve come to shows where there weren’t that many people there. You can’t afford to lose me as a fan. Keep your politics to yourself.”

It’s interesting because, where I live, just last week, a hip-hop artist performed a “Fuck Trump” song at a local festival and the power was cut shortly after. The organizers said it was because of weather, but many fans figured the artist was being censored. Of course, people started taking to Facebook and saying, “Entertainers shouldn’t have opinions about politics, shut up! Nobody cares!” But that’s coming from people who are very loudly expressing their own opinions through social media.

[Laughs.] Ah! Good point! Exposing their own hypocrisy. I love it.

There are a lot of artists, especially in the country world, whose politics I disagree with but I love them deeply anyway. I think Loretta Lynn is a great example of that. She’s one of my personal heroes. So, the way that she has been so outspoken about the things that are deeply personal to her, even when it continues into a political realm where I can’t go there with her, I still don’t lose respect for her one bit. She’s speaking out about being pro-Trump, and I’m speaking out about being anti-Trump.

There need not be anything divisive about that. If you love someone’s music, you love their music. I have found common ground, even when I can’t go there politically. I don’t think that we have to be so polarized. I think there are ways in which we can respect each other, not even despite our differences, but because of them.

I see it around me where people can’t get over these incredibly small differences. It becomes painful.

I’ve seen it in my own extended family. There were moments where it almost seemed like we weren’t going to be able to be on good terms with those family members because of politics. Even 10-20 years ago, we never dreamed that would have been the case. It’s hard to get used to that incendiary climate. Everything feels like a tinderbox. You say one thing and both sides are up in arms. Because I am uncomfortable with that, it makes me want to poke the bear. I want to expose that. It’s almost a way of purging. I think if we can talk about the differences, maybe we can come together and be better than we were.

Another song I love on the album is “You Cared Enough to Lie”. I think it’s a classic performance from you and the lyrics are incredible.

That’s the only cover on the album. It was written by Pinto Bennett, who is a living Idaho legend. It’s one of the many songs I wish I had written. He has this classic country approach to songwriting that feels so comfortable and so familiar. I wanted to highlight him as the only other writer on the album because I love him as a person, despite his political opinions. He’s a wonderful human being, and he just recorded an album called The Last Saturday Night with my husband, Jason [Beek], who produced it. He’s saying it’s going to be his last album ever. I hope it’s not true, but it’s a really incredible album.

The song “Fear” closes out the record, and it seems to touch on some of the things we’ve been talking about. You seem to be someone who very much dives into the fear rather than running away from it.

After I had my little girl, I was forced to confront fear in a way I never had to before. Growing up, I was very cavalier about a lot of things. When my daughter came along, I suddenly had so much to lose. I spent the first year or two of her life completely afraid of everything. It threw me off guard. I’ve found that the only thing that helps me when I do become overwhelmed by fear is to embrace it, look at it, recognize it, stare it in the face and really get to know it.

That’s been really powerful for me. I’ll see her running around and think, “Life is so cruel. Something could fall off that window sill and hit her on the head and she’d be gone.” Now I say, “Yes, that could happen.” I’m constantly being reminded of the ways I could lose everything. There’s a real beauty to that, to be constantly aware of how precious life is.

But fear can’t dictate what you do in life. You can’t say, “Because I have these terrible fears, Fear of loss, fear of rejection, I’m going to hide in my house forever.” You have to say, “Thank you, fear. Thank you for showing me what you have to show me how precious life is and how much I have to be thankful for.” Then you have to move down the road. You can’t get stuck there.

It’s not a personal song or a political song but one that crosses the threshold.

You’ve made a number of records at this point. When you go in to make another one, do you think, “This is where this sits alongside the others” or, do you say, “This is another one in the journey”?

I feel like there’s a lot of pressure from different sides of the music business to make an album that has an angle. I don’t write from an angle. I don’t have themes to my albums, but I do get on these cycles every few years where certain thoughts keep coming up, and that’s what the albums end up being about. I just try to explore what’s going on internally. I have faith that it fits together. You have to have faith that anyone wants to listen nowadays. [Laughs.]

It’s amazing with all the music that’s out there and all the different ways there are to be entertained that people are still listening to music and, especially, my music. I write what I feel and take it on faith.