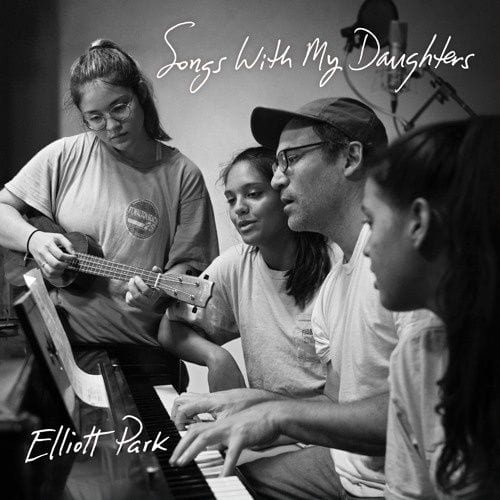 Songs With My Daughters
Elliott Park

Singer-songwriter-father Elliott Park‘s forthcoming family-focused record Songs With My Daughters, out digitally 16 October, is an imaginative and lovely collection. Park recruited his daughters Anna (18), Autumn (16), and April (14) for a more collaborative effort this time around; they had previously recorded backing vocals but are more in the fore here. Park is the Nashville-based musician who penned the doting song “I Loved Her First”, sung by Heartlands, and he released his first family-record Just Be in 2018.

Now, with the arrival of Songs With My Daughters, Park leads off with the stellar track “To the Moon and Back”, a playful duet with his daughter Anna. As a parent, the peppy tune reminds me of several inventive or STEM children’s books with its opening line about a rocket ship. And it quickly turns into a reminder of the lengths a parent will go to for their child, in this case, retrieving rocks from the moon. But mid-tune, Anna’s voice demonstrates how whipsmart the daughter can be as she figuratively inserts herself into the story as a stow-away on the rocket before the two voices bounce off each other.

Park describes the development process for the song as a mixture of necessity and inspiration. “This song began as a practical need for another uptempo for the album. The melody was in my head for weeks. It was one of those contagious ones that I knew needed the right lyrical pairing. One day I sang ‘love you to the moon and back’ to the melody, and it was a perfect marriage…a pure eureka moment for me. The five-note ascending bassline lent itself perfectly to a fun song about going up in a rocket.”

The eureka didn’t result in a rapid burst of creativity but rather a slog of a process. Park continues, “The work thereafter was super challenging. I heard it as a duet from the very start and the dialogue needed to be efficient but chock full of cuteness within a limiting song structure. My daughter Anna did an amazing job. I put her through the wringer, trying to squeeze every last drop of energy out of her reserved vocal style. To me, it’s one of the best songs I’ve ever written, and I’m proud as punch of it.”