While working on “Got This Feeling” in 2018, impressive young singer-songwriter Em Rossi didn’t have to look too far for inspiration. Her mother’s loving memories of meaningful time with her family were only a heartbeat away.

Karen Brockman, née Rossi, met her future husband Robert Brockman when they were at California Polytechnic State University in San Luis Obispo, and the opening scene to their love story became the genesis of Em Rossi’s “Got This Feeling”. The music video of Rossi’s debut single for Sony Music premieres here today.

“I remember wanting the song to feel like the perfect day or night out with the ones you love,” Rossi asserts during an email interview for this article accompanying the premiere. “Those rare days always have an added energy to them. I wanted the video to reflect that and be open to whatever memories or emotions the viewer personally connects to it. Overall, I wanted the video to constantly be moving towards the fruition of that moment.”

While Rossi shared just a few details of her parents’ first night together, there’s added poignancy to the song knowing that her father, a landscape architect, artist, and amateur musician, died suddenly in April 2014 at the age of 50.

Luckily, Rossi can rely on her mom’s memories, including that life-changing introduction to Robert in 1988, followed by their marriage in 1989 and the births of their two children, son Daniel, then daughter Emily Cecilia.

“The story is so incredible and genuine,” says Rossi, who cowrote the upbeat song with her producer Jordan Witzigreuter. “It sounded like a movie to me. … I told Jordan the story when I arrived (at his home studio) and shared some songs I’d been inspired by at the time. The first thing that came out of my mouth was the chorus.

“Once we had the full melody, I texted my mom and asked her to spam me with as many images and descriptions of that night that she could recall. We wrote the song in an hour. It’s a story about true love that I felt needed to be shared with this generation. I’m really proud of it.”

The pre-coronavirus music video for “Got This Feeling” was directed and produced by
FuseHouse Media and shot with an 8mm camera to capture a vivacious Rossi taking in downtown Los Angeles sites such as Grand Central Market, Pershing Square, Chinatown and “the top of a random parking lot structure I found until we ran out of tape.”

So take this danceable journey with Rossi now, then read on below to get to know more about an earnest artist who plans to strut her stuff on a date with fate, however unpredictable that might be.

Of course, Rossi, with her expressive voice and euphoric lyrics, is the perfect person to tell this sentimental story through her song. She was first introduced to me, then readers of the Huffington Post in 2017, when we presented the music video for “Empty Space”, her song about the heartbreak, sadness, and loneliness that followed after her father’s death.

Already insightful and introspective at the age of 18, just imagine what Rossi is capable of accomplishing after turning 21 last year. Describing herself as an “introverted girl from Petaluma, California, who kept the fact that she could sing a secret until she was 15”, Rossi has established a loyal fan base on social media over the past few years. She was approached in early 2019 by Sony Music after representatives saw some of her popular videos on the music app Smule, where she currently has more than 657,000 followers.

Their deal was finalized in July 2019, and she made a public announcement in December, ending her yearlong hiatus from releasing music.

“I think what makes me so happy about how the deal came to be was that it was something I wasn’t expecting at all,” says Rossi, whose mom is also her manager. “To be genuinely surprised with amazing news like that let me be able to acknowledge myself as an artist a bit more. I am the first U.S. independent artist signed and discovered through Smule.”

Since signing with Sony Music, Rossi has been writing songs for her debut album, and plans to release her next single within the next few months. The chapters of her incredible story will undoubtedly continue, and Rossi credits her “fully” supportive parents for encouraging her pursuit of music.

“They even believed in me when I was too scared and hesitant to believe in myself,” Rossi says. “Six months after my dad passed away, my mom and I got in the car and drove to Los Angeles. Honestly, it’s been an incredibly hard and daunting road to get to where I am now, but I feel like my family and I needed that to create a new world for ourselves and discover who we were within it. I feel like we are all coming into ourselves and are at a point now where we can fully enjoy life again.”

While still based in the L.A. area, Rossi and her mom “recently moved a little ways outside the city to the coastline” after deciding not to take the heat of Pasadena, where they lived for two years.

“We couldn’t be happier,” Rossi says. “I’ve always had a goal of being able to own a small place somewhere in California and NYC that I can go in and out of.”

Rossi also plans to realize her musical dreams, even passing up a chance to attend the Berklee College of Music after she was accepted there.

“Since I am now a signed artist with Sony Music and am about to release my first single with them, I’m not looking back,” Rossi offers. “Wherever it takes me it will take me. I’m just happy to be where I am getting to have this opportunity.”

That might be all Rossi needs to attract many more followers eager to hear the rest of this feel-good story.

What other jobs or hobbies have supplemented you while pursuing a music career? In our previous Q&A, you mentioned your love for art. How does that currently figure in your everyday life?

I can say that music has definitely consumed my life, which I’m not complaining about. I feel like my answer is still the same. I enjoy almost everything creative and am inspired by anyone who is passionate about something they love. That shows through the movies and shows I watch, the books I read, etc.

I have found myself looking down much more at screens and emails than I’d like to this last year and a half. I definitely want to get myself to stop and look up more at where I am now and remember how far I’ve come. Finding a time to take an escape trip out to nature soon would be amazing.

Who do you currently rely on the most for inspiration and/or advice as a musician?

Aside from always being inspired by other artists’ music, I have a very small circle of music people I look to. My vocal coach Taylin Rae and I are like two peas in a pod. We could blab on for hours like complete BFFs and not get tired. I have an amazing time making music with my producer Jordan (Witzigreuter) and also get insight from his experience being an artist within the industry.

George Merrill and Shannon Rubicam make up the pop duo Boy Meets Girl. I grew up blocks from George’s house and he’s known me since I was 14. I’ve also been writing with the two of them recently. They offer a sense of peace and an ability to look farther out on a situation than I could do with only my 21 years of life on this planet.

Last but certainly not least is my mom. She’s been by my side almost every single day pursuing this music career with me for the last five years. There’s definitely many more I could mention.

What did turning 21 last year mean to you? Did you consider it a significant milestone worth celebrating or just another ordinary day? How did you celebrate?

It’s been a recurring statement from others that I’m a 35-year-old stuck inside a 21-year-old. I had to grow up quickly so I’ve always felt like a makeshift adult from quite a young age. Now that I’m 21 I feel like my actual age is beginning to reflect who I am a bit more.

To celebrate, I randomly landed tickets to see Hamilton at the Orpheum Theatre in San Francisco!!! My mom and I saw the show and spent a few days in the city together. San Francisco was a city I grew up always visiting but never quite got a grasp on since I was just a kid. I wanted a casual trip with some amazing experiences. It was everything I hoped for and more. 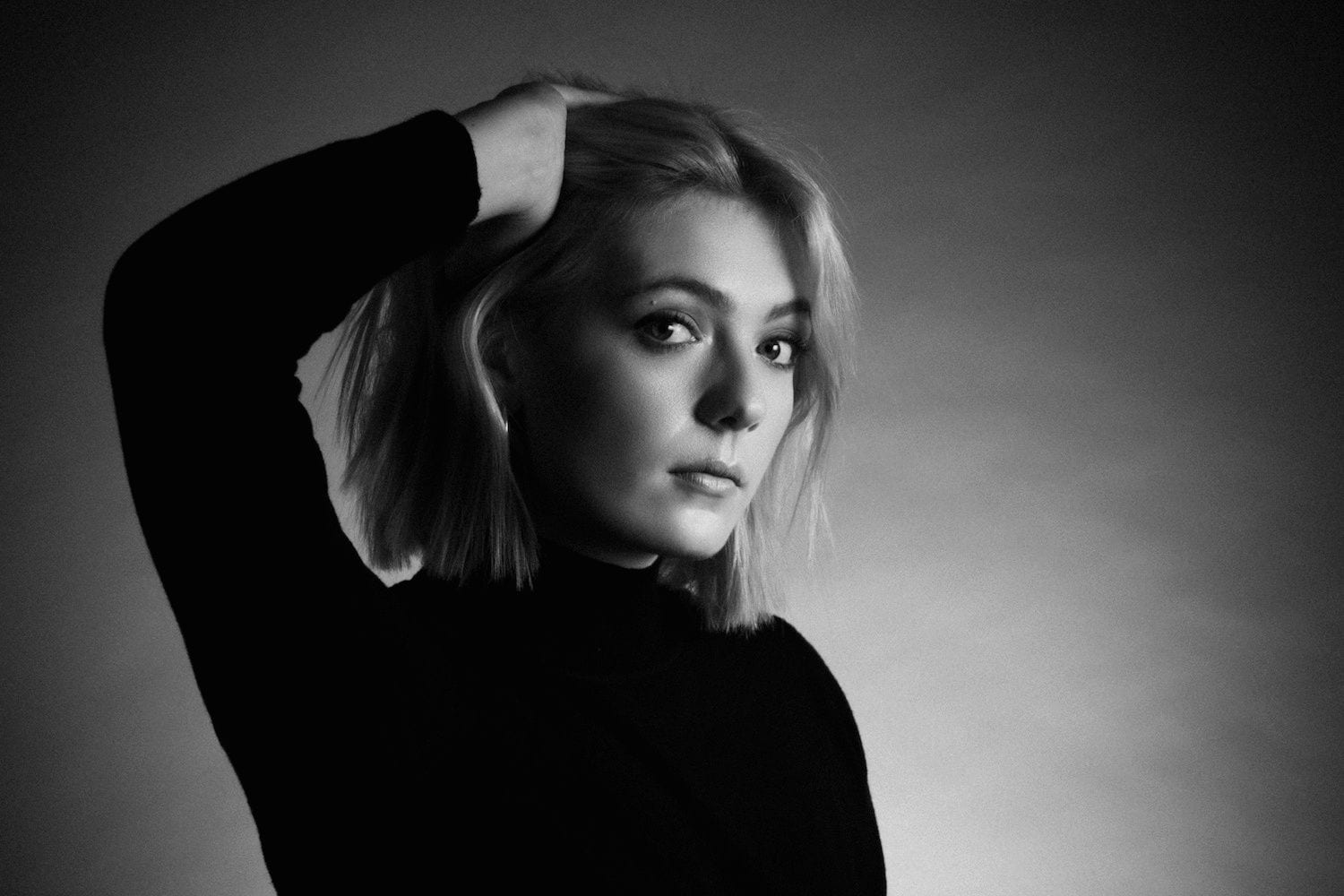 Other than continuing your music career, what have you been doing to stay positive, upbeat and healthy since coronavirus was declared a pandemic [in the US] on March 11? If you enjoy other forms of entertainment, which TV shows are worth binge-watching, what films that you’ve seen are worth recommending or what’s the last good book you read?

The week they officially announced it as a pandemic I was back in my hometown writing with George and Shannon, which was amazing. Of all things, I went and spoke to the music class at my old high school (in Petaluma) before one of our sessions. Pursuing music while still being in high school on top of suddenly losing my dad didn’t quite let me enjoy a normal school life. It was difficult not having people around me within school who could understand what I was going through.

I was extremely nervous going back but when I spoke and shared my story with the students, it felt like such a weight off my chest. Seeing how engaged, interested, and supportive they were was something I really needed.

The day after we flew home was when they fully started to lock everything up. Since the release is now upon us, it’s definitely been my 24/7, but being home with my mom and dog is comforting. I’m hoping once the song is officially out and everything is done, I can finally stop for a moment and enjoy the downtime. I love going brain-dead on the couch watching endless Food Network, travel, and interior design shows.

What do you miss most from life before the pandemic?

The beaches and local restaurants within my area. I miss getting to be outside at a great place with a beautiful view.