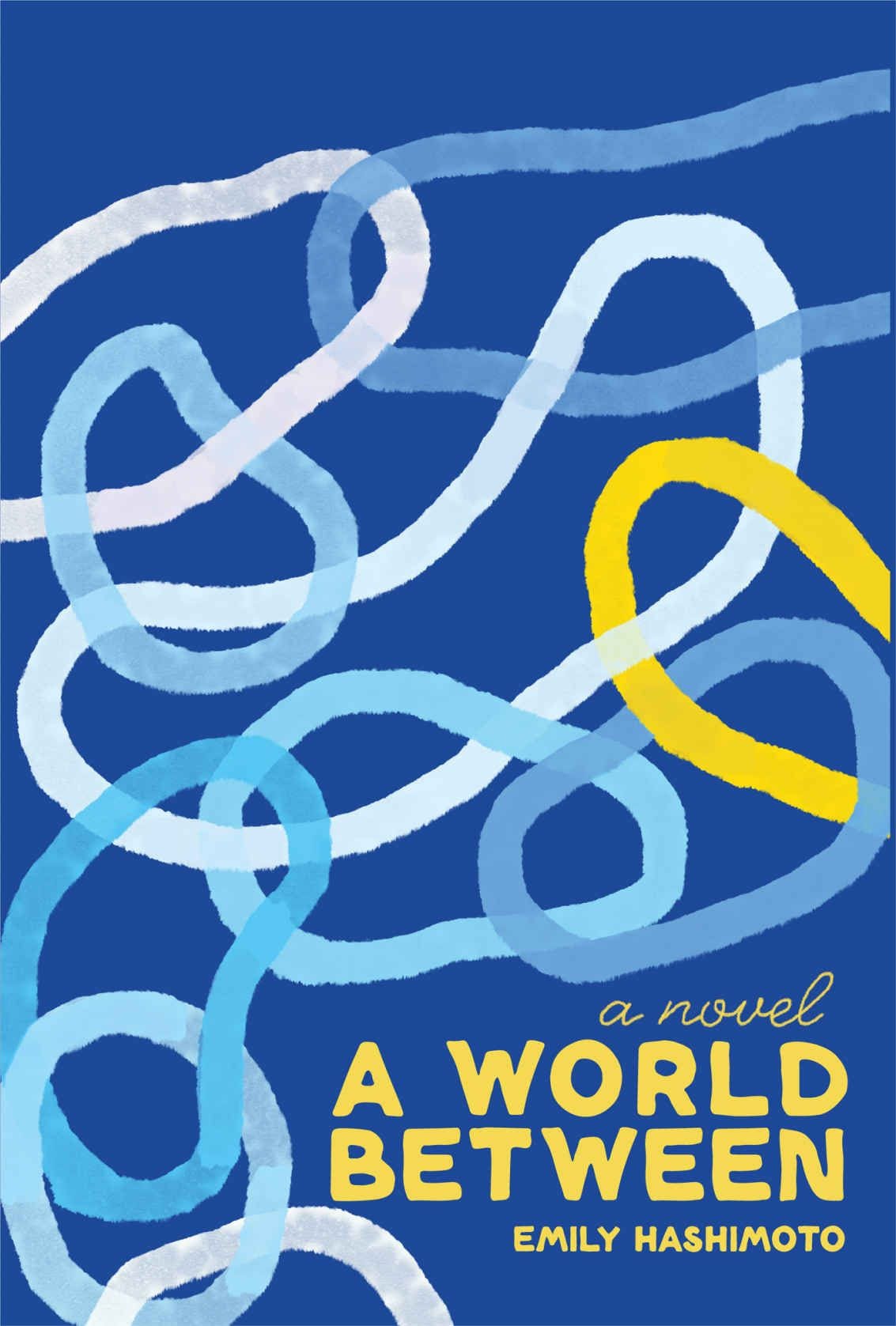 It’s difficult to pick out a single incident in Emily Hashimoto‘s A World Between to serve as example of the messy relationship dynamics between protagonists Emily and Leena. The finely crafted, emotionally wrought moments that’ll leave readers furiously flipping pages – the fights, the breakups, the makeups, the ethical dilemmas – are hard to explain out of context. The author taps into a basic truth: the emotional valence of moments that mean the most to us can be indecipherable without an understanding of the broader sweep of lived experience. Hence the ambitious timeframe across which the book’s narrative is cast.

A World Between is Hashimoto’s remarkable debut novel, a finely constructed, impassioned, and touching love story between two women that spans 13 years and resonates powerfully along a variety of registers. The two main characters – Eleanor and Leena – meet in an elevator as young college students, jubilant in their new-found freedom but deeply constrained by their insecurities. (This is a plot mechanism cleverly replicated at the end of the book, in which a similar elevator ride as jaded but far more grounded adults sets up the story’s final sequence). The novel follows their relationship over the years, told from Eleanor and Leena’s alternating perspectives.

The book’s early pages are misleading. Eleanor, from whose perspective the first section is told, is a complex character, both engaging and frustrating. Although full of an enthusiastic effervescence that’s endearing in many ways, she’s also insecure and desperate for love and validation. She dwells near the extremes of emotional response to any situation and is constantly pushing the boundaries of those close to her. The reader can’t help but shake their head and roll their eyes, screaming inwardly at her childishness and naïveté as we watch the inevitable train wreck of a relationship unfold from miles away.

What the reader eventually realizes is this is no fault of the writer. Hashimoto has done a superb job of replicating the shifting emotional and psychological states of her protagonists over the nearly 15-year span of her story. Emotional immaturity is par for the course in college, and Hashimoto ably renders the struggles of emergent self-awareness among her young protagonists. Their journey continues over the years, grounded and enriched by love and heartbreak, professional gains and setbacks, the inevitable changes and loss among family members, the personal missteps in both life and love. Eleanor and Leena retain their core personalities but they change in those myriad ways that are perceptible only over the larger expanse of time that Hashimoto has chosen for her palette.

Hashimoto could have made this an easy story, and there were times when I yearned for her to do so–to let her protagonists stop having to struggle and simply live happily ever after. But life is rarely so simple. Instead, the author chose to explore the messy relationship dynamics that both bolster and challenge our emotional bonds with those we love. What boundaries should we set in a relationship’s sexual politics? How do we handle distance relationships? What demands can we make of the other when the expression or repression of their identity reflects upon us? What limits should we set in our lives when it comes to the role of family and cultural background? Poor Eleanor and Leena – but at least the reader is enriched by their struggle.

The social and political backdrop to the narrative is finely constructed as well. The novel’s opening segment, set at an American college in 2004, does a picture-perfect job of reconstructing student life of that era. Anyone who spent time working at a campus women’s centre in the early 2000s will be struck with a deep sense of déjà vu: Take Back the Night art is scattered everywhere, there is relentless Buffy and L-Word gossip, and also the seemingly endless and all-consuming Vagina Monologues recitations.

Seen from today’s vantage point, fresh from the US Presidential electoral battle-lines in which nearly half the country voted for white supremacy and fascism, there’s almost a sense of naïve innocence around Hashimoto’s story. But the reader is able to accompany the characters along a similar journey which many of them will have also taken, and by the end, Eleanor and Leena are struggling to understand their role as queer protagonists in a country plagued by Trumpian villainy.

Ostensibly A World Between is about love, but wrapped up in that love is a profound narrative about forgiveness. For all of the sexual dynamic between them, Eleanor and Leena continue to hurt each other in unintentional and unexpected ways. That their love grows and adapts is a reflection of their ability to learn to forgive themselves and each other.

The complexities of queer relationships are depicted lovingly and honestly. Leena’s conflict lies in her desire to claim her lesbian identity while not risking the love and support of her Indian family and learning to navigate the cultural institutions and sexual norms, which are often imbued with unique significance for immigrant communities.

Eleanor is of Japanese and Jewish descent, and her eclectic family eagerly embraces her queer identity. For her, the struggle lies in learning to balance her defiantly personal-is-political desire to reshape conventional sexual politics, with a respect for Leena’s very different path to personal and sexual growth. The many characters that enter both protagonists’ lives over the years – partners, fiancés, confidantes – become active persons in their own rights as well. Hashimoto pays attention to crafting them as realistic, plausible people in Leena and Eleanor’s lives, personalities who alternately hold back and yet also fuel the growth of the main characters. They also help to further diversify the narrative.

A World Between is a superb, captivating read, and a remarkable accomplishment for a first novel. It’s fun, provocative, and doesn’t shy away from cultural complexity. Above all, the story feels so deeply that the reader cannot help but become increasingly wrapped up in the characters’ lives. It’s a delight to read a book populated almost entirely by characters who are predominantly queer, mostly women, and almost entirely non-white.

The World Between offers a welcome diversion in a troubled time, but it leaves the reader with something deeper: a reminder of the power and meaning of both love and forgiveness, no matter what stage of our lives we are at.