In the Introduction to this complex, at times rewarding study of the literary repercussions of great comics, author Kate Polak notes that comics have long labored under the stigma of moral decay. In short, as far back as the 1954 publication of Fredric Wertham’s Seduction of the Innocent (Rinehart & Company, 1954), the party line was that comics were intended to promote and celebrate moral dissolution. From the seemingly endless and extraordinarily grotesque horror stories, to tawdry detective arcs and relentless romantic bodice-rippers, comics were seen as the forum from which all elements of the negative moral universe were given a chance to shine. Polak asks a simple question that the reader understands won’t be that easy to answer:

“What is the nexus between ethics and empathy in graphic narratives?”

The question is deeper than knowing how to identify where ethics and empathy connect. Instead, Polak’s goal is to illustrate how these graphic narratives that fictionalize real-life events can be used to indicate how and why we receive content. How does the degree of our engagement with the text reflect our willingness to empathize with the characters? How do the complications of focalization and point of view effect the engagement of the audience? Does the depiction (or implication) of violence complicate audience engagement with the characters? Finally, what can these newer fictional texts offer to our understanding of the form as first seen through autographics?

The reader who picks up this text will surely already be familiar with autographics as first employed by Art Speigelman’s Maus (1986), Marjane Satrapi’s Persopolis (2000), and Alison Bechdel’s Fun Home (2006). These three artists, in particular, were willing and able to embrace the art while pushing it forward. They were at times painfully self-conscious in their adaptation of life-writing into stylized graphic narratives. Polak notes that her inspiration for this text was inspired by a Holocaust literature class in which she was an assistant. She noted, of the students, that:

By the time students encountered Maus, though, Polak and her associate saw that “…students seemed better equipped to deal with the work as an artifact…” This was related to Spiegelman consistently questioning how and why he was telling the story of his father’s experiences during the Holocaust. Polak saw that students were becoming aware of the problems involved with solely emotionally responding to the text. How do we represent the unpresentable? Should we even bother doing it? Polak cites the usual suspects, like Hannah Arendt’s concept of “the banality of evil”. In her text Regarding the Pain of Others, Susan Sontag noted that “the camera is the eye of history”. Polak’s concerned with such issues as “…how point of view as a representational choice can send complicated messages about how a viewer is meant to receive images.”

What is the gutter? Polak sees it as the frame in which the static images of a comic are presented. Emotions are simulated by the comic artist and the frame simulates how they are meant to be interpreted. As Scott McCloud put it in his landmark 1993 study Understanding Comics, “Every act committed to paper by the comics artist is aided and abetted by a silent accomplice.” Who is that accomplice? Polak asks from the start whether or not graphic narratives are an effective or appropriate choice for us to “feel” the pain of the characters or the devastating effects of their given conditions. There are consequences to how we choose to represent history. More than just the literal “gutter”, the blank space between panels, Polak argues that this space has a deeper purpose, that it also represents:

“…the range of perspectives embedded in the work and the choices made by artists and writers to not say and not show.”

For Polak, the gutter is its own concrete thing and what it implies. It’s the arbitration of memories and the problem of cultural amnesia as we see art fixating “…on one tragedy at the expense of another, which can create screen memories by which a people avoid a difficult truth because it sits behind an image that is more palatable.” Comics represent at a metacognitive level, and the very act of how we read them has a profound effect on the power they have on their audience above and beyond the structures of a conventional narrative.

“I chose authors whose experiences were dissimilar from those of their characters in part to emphasize what historio-metagraphics can offer… how point of view… operates as a powerful tool for creating more complicated ethical responses.”

Polak concludes her introduction by noting that the biggest issue she wants to consider is how graphic narratives will never be able to comprehensively portray what we think we know about violence (as vital members of humanity) and the fact that most everything we need to understand about true atrocity is more complicated than our initial responses. One problem with Ethics in the Gutter rests in this aspect of Polak’s study. This text and the contained arguments would have been better served had it reproduced full color panels from the five comics discussed. As is, the 17 panels reproduced here (nine of them full page) are sometimes difficult to make out, which doesn’t help the reader fully understand Polak’s points.

As for the material itself, the reader will be best served by entering with an intimate knowledge of the given material. Otherwise, it can get difficult. In “Being a Dog: Transformation, Focalization, and Memory in Deogratias,” Polak focuses on J.P. Stassen’s examination of the 1994 Rwandan Genocide. She notes:

“The Rwandan Genocide suffered not from a dearth of images but rather from a surplus of images that failed to capture the realities on the ground.”

In other words, what we saw quickly became too much too soon. How do we represent atrocity? Polak notes that by Stassen complicates our response to these facts by “…asking us to negotiate our own moral imaginations within the safety of a narrator.” Stassen has placed a perpetrator at the center of this narrative’s moral world. This text (Polak argues) asks us to understand the relationships between author, characters, and audience. Stassen is a white Belgian. Does he have a right to tell this story? Is it corrupted through his eyes? Polak argues that Stassen is commenting on “…the reader’s act of looking and the need to distinguish between the acts of reading about an event and actually experiencing it.” Is Deogratias actually uninterested in the images? Polak argues that Stassen’s main goal seemed to be emphasizing the misunderstandings imbued everyday lead up to the genocide. Things happened because we didn’t understand their implications. For Polak, the conclusion is simple:

“Deogratias is… about the constellation of experiences that contribute to memory and how those memories fare in the wake of disaster.”

There’s a line at the end of this chapter that speaks to Polak’s perspective about all these texts: “…to watch without action is complicit.” It’s a heavy claim that leads effectively into her next discussion, about “Rape and Reflexivity in Watchmen.” Here, Polak’s goal is to examine how the author manipulates the imaginative work of the reader. How do we process rape in a narrative? The Comedian attempts to rape Sally Jupiter. Rorshach, another of the difficult and brutal Watchmen, seems unconcerned with the action. “I’m not here to speculate on the moral lapses of men who died in their country’s service,” he says. Polak’s focus regarding Watchmen seems to be about empathy. She argues that this text is “…partly a commentary on the inability to see a situation from the perspective of another…” If these characters seem callous as they disregard the ramifications and consequences of the rape, Polak argues that the creators:

“…gesture at the regularity with which we dismiss sexual violence towards women.”

For Polak, this attempted rape “…is a representation of the inherent violence of a society turning its hand against itself.” In her examination of Jason Aaron and R.M. Guera’s Scalped (Vertigo, 2007), Polak is concerned with the likelihood that Native history has been erased. She believes this text is “…preoccupied with what it means to perform an ‘authentic’ Native American identity… how a legacy of violence and marginalization… effects… memory and the transmission of trauma…”

In other words, how much should we allow our memories to reconstruct the narratives? Again, it would have helped in this chapter (and others) if the illustrations had been in color or at least more clear. It’s hard to tell what points Polak is making about the way the visuals in some panels change in order to reflect how we are supposed to understand things if we can’t discern these alterations from the provided illustrations. In “My Children Will Remember All of the Things I Tried to Forget: Bayou and Intergenerational Trauma”, Polak looks at Jeremy Love’s text through the following thesis:

“Memory is a process of narration rather than the raw materials by which we construct a narrative.”

Trauma disrupts, and Bayou explores the effects of slavery and institutionalized racism on the United States and elsewhere. Love’s goal is to renegotiate this trauma through the context of lynching in 1930s Mississippi. The reproduced images are effective and interesting here, more so than other chapters. This is most likely because they’re less cluttered, less kinetic. The lynching postcards and horrifying combination of beautiful butterflies fluttering under dead black bodies hanging from trees are hard to forget and they effectively complement Polak’s points.

The remainder of Ethics in the Gutter can be summarized by this effective line from Polak: “…how distant does an atrocity have to be to cease to matter?” Hellblazer examines the genocide of Tasmanian Aborigines in the early decades of the 20th century. Polak’s points are interesting, but they get cluttered by the end of this chapter. She argues that “…the intrusion of the narrative voice … [in]… extremity and…r eflect[ion]… undermines the character’s attempts at knowledge acquisition…” Polak’s better when she’s more succinct. She wants us to ethically interrogate the gaze of the graphic narrative, the intent, and the underlying motivation.

Within the maze of ideas presented throughout Ethics in the Gutter, the patient reader willing and able to work through examinations of texts with which they need great familiarity will be rewarded by the final chapter. Her argument just seems a little convoluted. She contends that there needs to be a “…cure for the empathy epidemic. Polak concurs with findings from one of her sources that empathy can be seen in opposition to objectivity. “Our failure of imagination is an ethical problem…” Is our attraction to violence always going to overpower our potential altruistic impulses? Are we doomed?

Ethics in the Gutter is a comprehensively researched and pointed commentary about these ideas, but in applying them to the five texts Polak examines renders these subjects too stiff, too academic. Empathy can be an ineffective human characteristic if poorly used, but by the end of Ethics in the Gutter the reader feels like the subjects thoroughly discussed are actually an intrusion and would simply have been more effectively served with less narrative and more visuals. 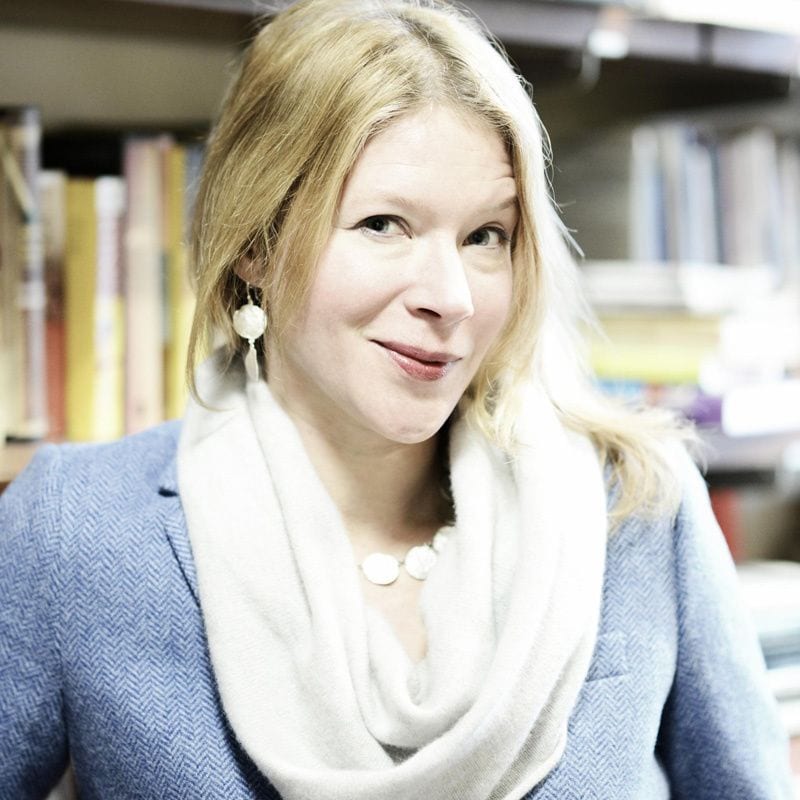