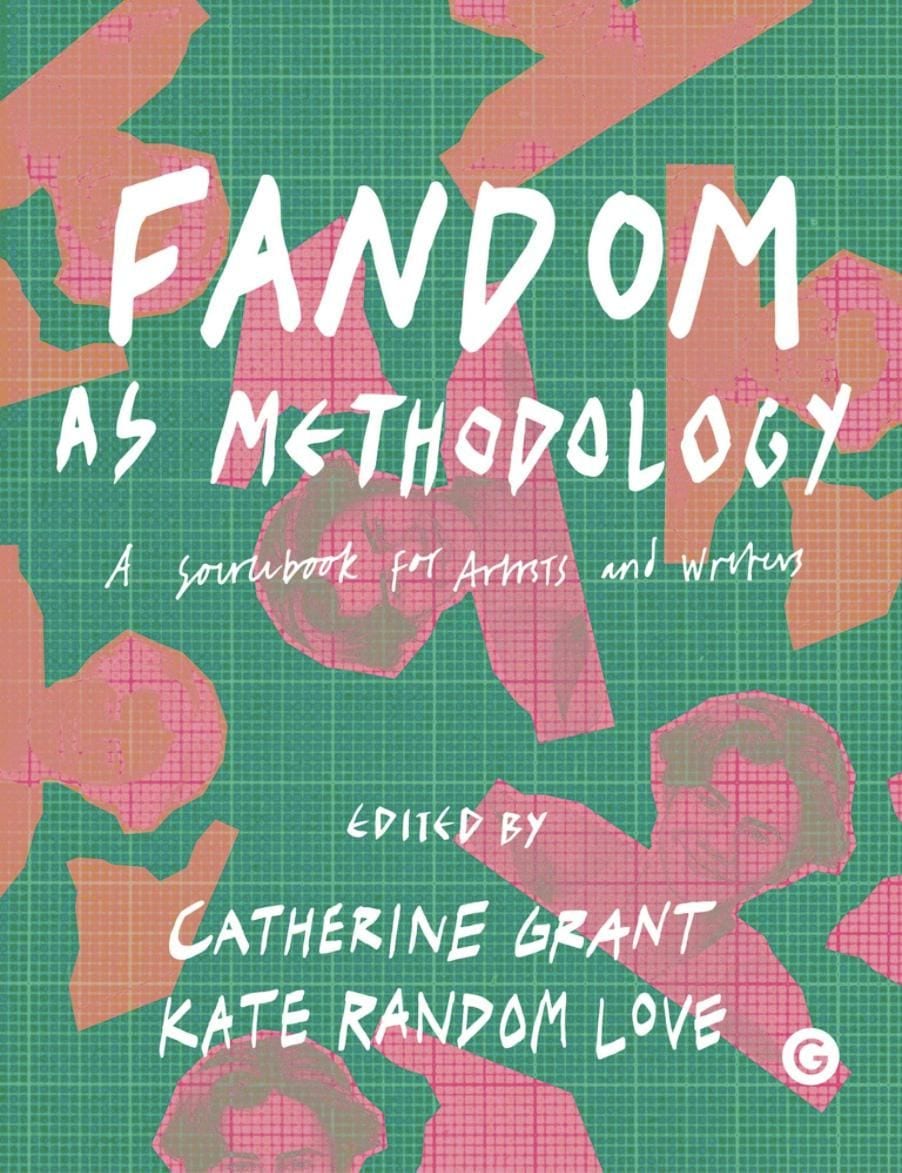 My experience of fandom has been intense and surprising. As a rebellious punk of a teenager, I doubt my 16-year-old self would have been psyched to identify as a fan of anything or anyone at all, but I sure as hell was a fan of many kinds. Image source:

Twenty years later, I am thriving as a cultural critic and author/editor of books on prominent celebrities like Tom Petty, Bruce Springsteen, RuPaul and Andy Warhol. Each promotional sprint for these books ultimately generated a variety of love letters and hate mail from communities of passionately engaged fans of these celebrities. As a result I’ve somewhat inadvertently stepped into self-identifying as someone who studies fandom itself. In touring one of these books last summer,
the one on the Boss, I had a particularly smart interlocutor in Philly, for a “conversation with” type Q&A event.

She keeps in touch every now and then—she would probably describe herself as a fan of my work—and I suppose I am now mentoring her. Just as I began to read
Fandom as Methodology: A Sourcebook for Artists and Writers, I had to drop it to deal with an email from this lovely person who needed my help with what was basically a fandom emergency. She was obsessed with a particular band during the 1990s and she was now working on notes toward a manuscript about this band.

On a whim, she entered some dumb “meet the band” contest, figuring the odds were against her so the stakes were low. And of course she won it.
Of course she did! It was a sage, mystic lesson from Fandom 101. She was going to meet her idols and wanted my opinion of what do to and say, or not do and not say. She needed someone with whom she could process the extent to which this encounter could ruin her fledgling book project.

A major conundrum! It’s not important what I said to her in reply, or how meeting the band turned out, or even how her book—which is blessedly still in play—is turning out. What matters is the excitement of this type of problem and problems like it, which is really what the editors of the Fandom as Methodology anthology, Catherine Grant and Kate Random Love, understand exquisitely well.

Let me remind both of us: I am only a critic today because I studied the Retro Eighties as 8 program on my local radio every night as a teen, and then later I went to graduate school so that I could learn the biggest available words for talking about things I simply love. The line between an academic and a fan is quite blurry, and the editors are precisely engaged in bringing this indeterminacy to light.

The collection is divided into four sections: Artist as Fan, Artist Pages, Fan Communities, and Art(ist) Historians and Fan-Scholars. “Artist as Fan” contains three essays that trace the ways in which artists in a variety of mediums might incorporate their fandom into their own creative practices. Catherine Grant’s essay on Amy Adler’s drawings of photographs of female pop stars is very articulate at flushing out the issues at stake. I giggle to myself using phrases like “flushing out”, because one of the big challenges for an “aca-fan” is to admit the hotly prurient component of fandom while still treating the art seriously at some relative distance. Dominic Johnson’s essay on Jack’s Smith’s fandom of the critically panned actress Maria Montez is also superb for its contextualization of Smith’s work within the queer filmmaking avant-gardism of Warhol and Kenneth Anger.

Over and over again in this anthology, the collapse of the distinction between a fan and an academic proves queer (as in gay, certainly, but also as in strange). The dozen features in the 32-page section of “Artist Pages” are beautifully strange, depending on how much the reader might know about the source material. I most enjoyed the sections on the band Depeche Mode, the actress Gloria Grahame, the actor Donald Sutherland, and the poet Hannah Weiner. Some of these love objects are ones I do love, while others are merely crossing orbits of other people or ideas I have loved, and still others simply convey so thoroughly the intensity with which they have become expert in the kinds of useless knowledge that aggregate into a fannish nature that I couldn’t resist them.

The section on “Fan Communities” is probably the most relatable to an American audience. Maud Lavin’s essay examines Cao Fei’s short film Haze and Fog side by side with AMC’s The Walking Dead. The Chinese film is not widely known, but Lavin’s evocative descriptions and choice of stills from the movie, combined with the counterweight of the American show with a huge fandom all its own, yields clear arguments about homage and variation.

A stand-out essay in the collection, mainly for its superior exercise of performativity, is Owen G. Parry’s “‘Shipping’ (as) Fandom and Art Practice”. Parry is a fan of the boy band One Direction. He has created art around the idea of a fictional gay relationship between two of the band’s members. He has also created this essay in such a way that it makes a much less fictional but no less gay relationship between the practices of fandom and artistry themselves. This essay is a wallop of a great read, and I couldn’t care less about One Direction.

The final section on “Art(ist) Historians and Art Scholars” also contains a performative work from Alice Butler, who’s essays on the fannish, epistolary generation of “pink steam” ends with decently embarrassing love letters to Cookie Mueller and Kathy Acker. Indeed, each of the four essays in this section are very solid. SooJin Lee’s account of starting a fake but still very real fan club for performance artist Nikki S. Lee highlights the fun that is possible where the boundaries between historian and artist are blurred.

It would be a snap to design a super engaging graduate-level course around this anthology in a variety of Humanities disciplines, especially if you’re already interested in Sedgwick, Barthes, or Derrida. Fandom gives life. Academics must permit themselves to be fans. In writing. Or in painting. Or performing. Or whatever else we do. I am officially a huge fan of Fandom as Methodology because the articulation of these concepts ultimately leads to our liberation from the tyrannies of paranoid strong theory in favor of play and experiment, from the presumption of distanced academic writing in favor of up close and personal loving of one’s subject.