We all know how rock band solo albums go: the group breaks up, the lead vocalist feels like he’s free to do what he wants now, and ends up making an album that sounds like it could’ve been released during his time with the band.

This isn’t the case for Hayden Thorpe. One of the things that made his group Wild Beasts’ so intriguing was how they changed their sound from album to album, going from a wild English alternative rock outfit to a much more focused, stylized electro band over their decade-long career. Landmark albums include 2009’s breakthrough Two Dancers and 2011’s sexy, stripped-down highlight Smother.

Now, with Diviner, Thorpe has crafted something altogether different than what he’s done before: a piano-based album with lyrics that are raw and personal. From the cascading sadness that is “Anywhen”, a song about developing a new identity, to the stellar title track, which alludes to a spiritual recompense that may or may not have actualized in his life. The melodies are deftly composed, but that doesn’t take away from the fact that Thorpe is baring it all here, with obtuse-but-meaningful lines and aching performances.

To mark the release of his first proper solo album, Thorpe dove in deep and answered PopMatters’ Fave Five, working under his chosen category of “Five Albums That Show Me How It’s Done”. 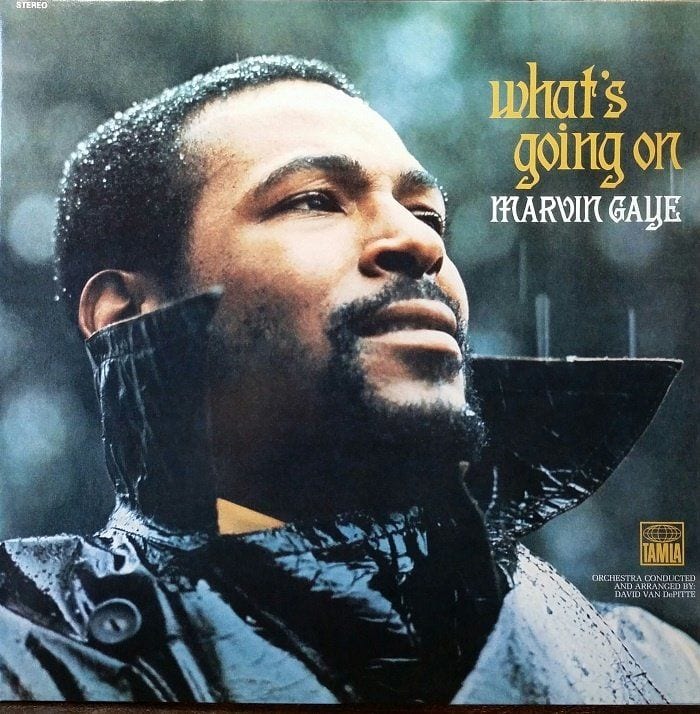 The album was recorded in nine days. I recently learned that the multi-layered vocals were an accident as Marvin was picking which take to go for and listened to both simultaneously. He said the songs were given to him from a higher power. It’s the most beautifully realized record, from the playing to the execution of the sleeve design featuring a bearded and defiant Marvin standing in the rain. I would listen to “Inner City Blues” on repeat on my lunch break at the shipping warehouse I worked at after I left high school. 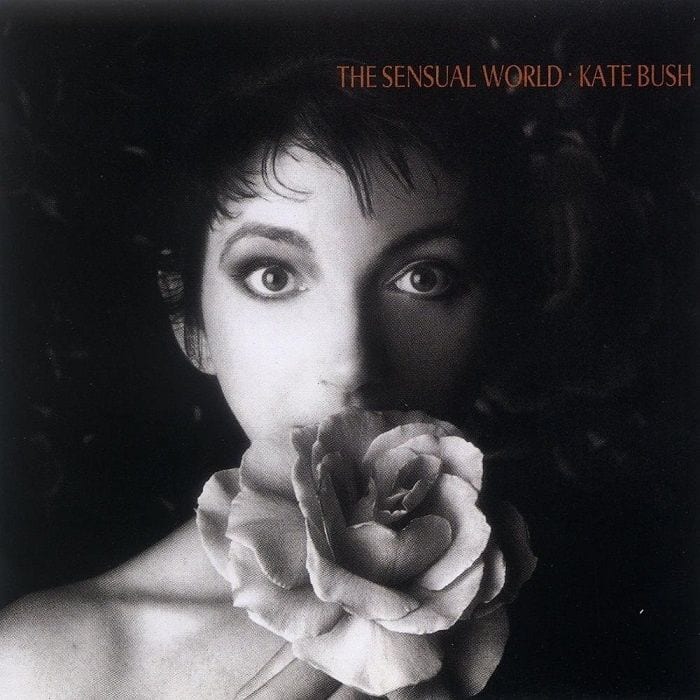 This record marks Kate’s retreat into semi-hiding in the country. Her release and clarity is palpable, it sounds like resonating glass. It’s a very sincere record whilst being pretty quirky in a way only Bush could pull off. The songcraft is a wonder to me, the compositions contract in scale, it’s big budget emotion that pivots into experimentation and oddity. It was my driving record for a whole year; landscape music. 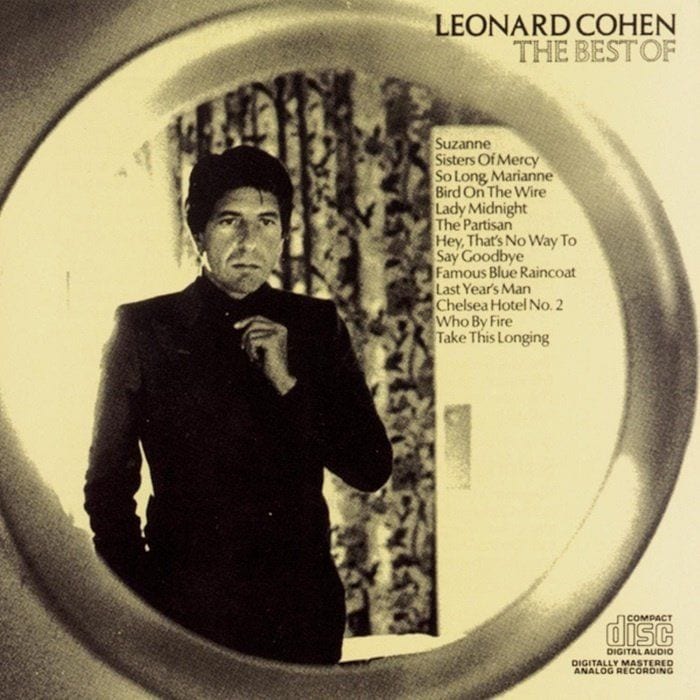 I think it’s okay to include a Best Of? They recently updated it to include his ham-fisted “Hallelujah”. This was my gateway drug into Cohen, a mere window dressing, but one that I became umbilically attached to. It was my main mode of preparation for sleep when I was a late teen, my hormonal pacifier. He’s gravity as a songwriter. The lines bow and ache under his guidance, so simple in design yet so ornate in meaning. 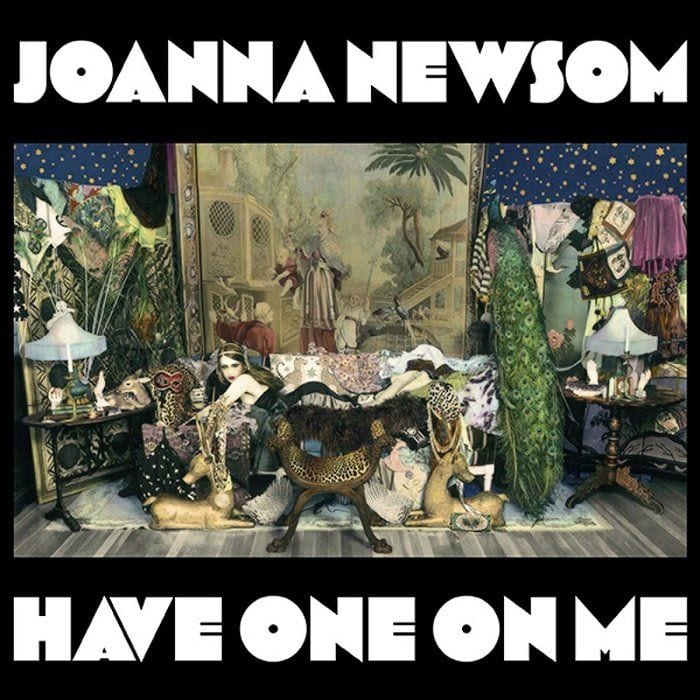 Such a decedent record. A triptych box set kind of epic, songs meandering over eight minutes at a time. She previewed the album before its release at a show in Brisbane, Australia. I couldn’t believe what I was watching. It felt so intuitive experiencing her move through the arch of the songs, it was much less dense than it ought to have been. It inspired me to do something similar with my own release of Diviner. I’ve been sure to play the album in full unapologetically, trusting that the spell of the songs will summon the listener’s will. 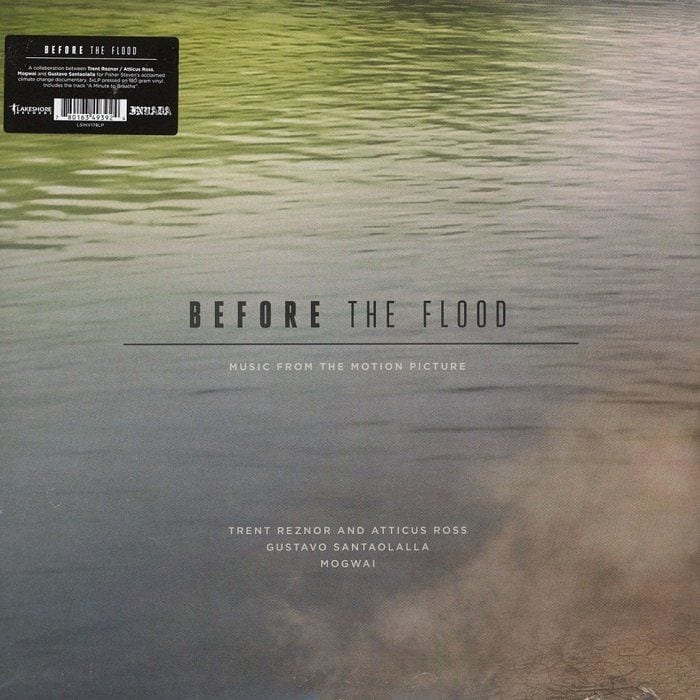 Trent Reznor and Atticus Ross – Before the Flood (2016)

It’s the soundtrack of the environmental film by Leonardo Di Caprio. It also features Mogwai and Gustavo Santaolalla. It’s music to walk to. It broods and shifts glacially. I always come to a resolve on some crunched emotional equation if I set off up a mountain with this record. The compositions speak of a kind of mechanical dystopia with nature appearing and receding again. It’s a blueprint for production, delicate but bloody loud somehow. I guess it’s a demonstration of heavy sonics made translucent rather than black.