The Dodos were always a square peg in the indie rock hole, the duo’s drummer/guitarist aesthetic initially kitschy but the pounding, rhythmic, and ultimately catchy pop songs they generated felt like the work of a group that was triple their actual member size.

Yet for drummer Logan Kroeber and guitarist/singer Meric Long, their distinct and propulsive collaboration has resulted in more than a few stellar albums, ranging from their instant classic Visiter from 2008 to their astoundingly vital No Color (2011). Although the band jumped ships from Frenchkiss to Polyvinyl with 2013’s Carrier, the group has been stretching themselves into new shapes as of late, with Long releasing a solo album under his FAN moniker earlier this year and then closing out 2018 with a brand new set of songs in the form of Certainty Waves.

Of the new set, PopMatters‘ own Pryor Stroud noted that “seven records and 12 years clinging to more-or-less the same aesthetic is a long time. But that’s the point: the Dodos have achieved such longevity by pushing this aesthetic to its limits, testing how far it will go — seeing how much it can hold. That’s the reason we should hope they keep walking.”

So to help celebrate the occasion, Long sat down to pick his own Fave Five albums of a particular ilk. What he ended up landing on was his Top Five Records You Can Enjoy With a Two-Year Old. “Some might think that you can just put on whatever music you want with a two-year-old and they’ll just happily go along with whatever curated taste you’ve decided to bestow upon their frail minds,” Long tells us, “but even with music they can have pretty strong opinions, and the wrong choice might destroy their impression and subsequently their willingness to try out an entire genre. So here are some of my top choices to combat the hoards of terrible children’s albums that will come knocking if you have a child.”

This record is on pretty much every morning. “Linus and Lucy” is one of the most genius ear worms ever, and probably the best way to start a day. Though being recognizable and associated with a children’s cartoon, the music is still extremely complex and I keep finding new things every time I hear it. 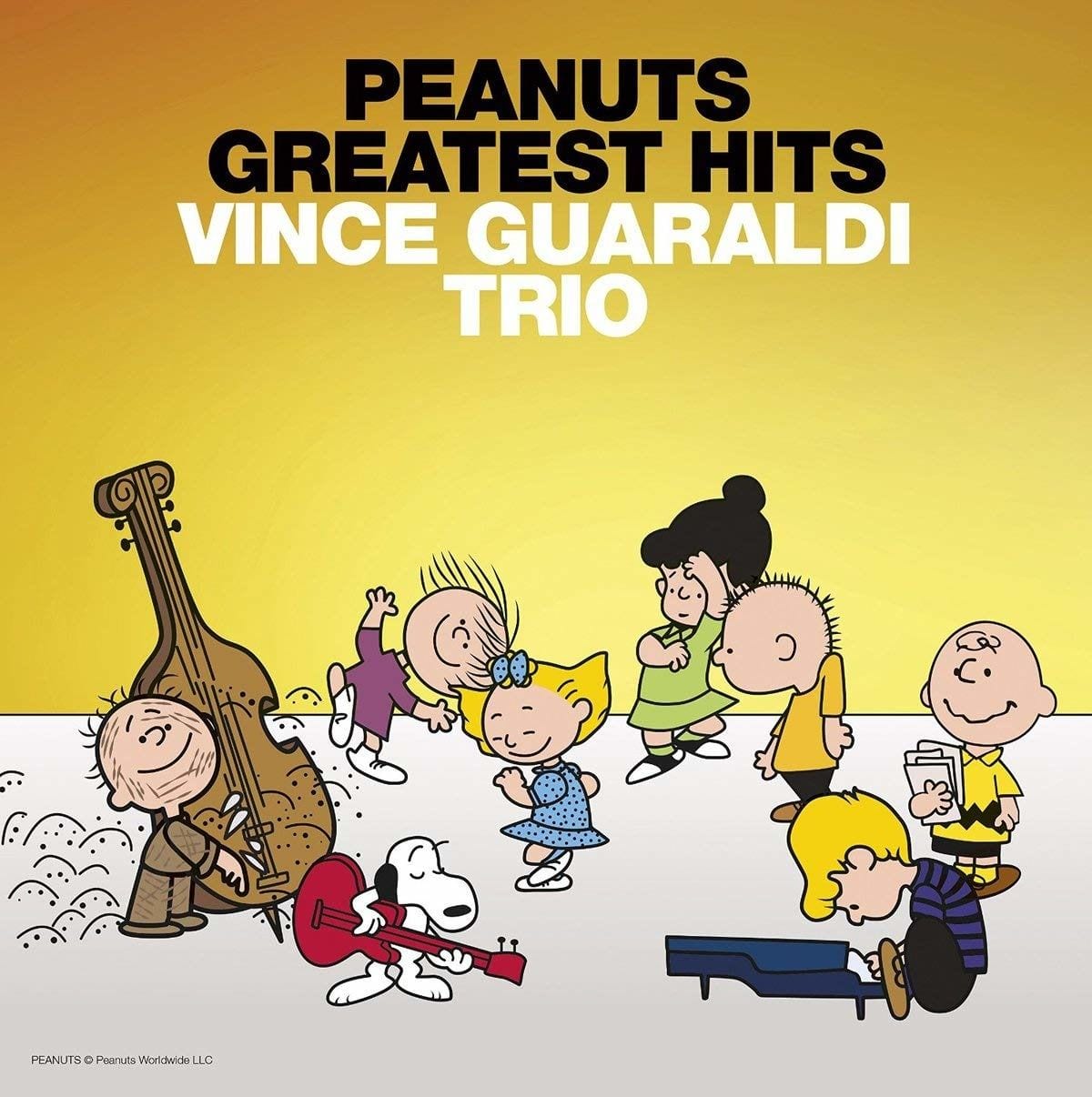 This record sounds a bit silly which is why I think it translates to a kid. There’s a lot of samples that sound like they’ve been stripped from a cartoon and the Mothersbaughs sing and talk in weird voices. It’s kind of like the album version of Pee Wee’s Playhouse. It’s definitely out there but when they hear the opening of “Puppet Boy” complete with alarm clock samples they’ll get on board. 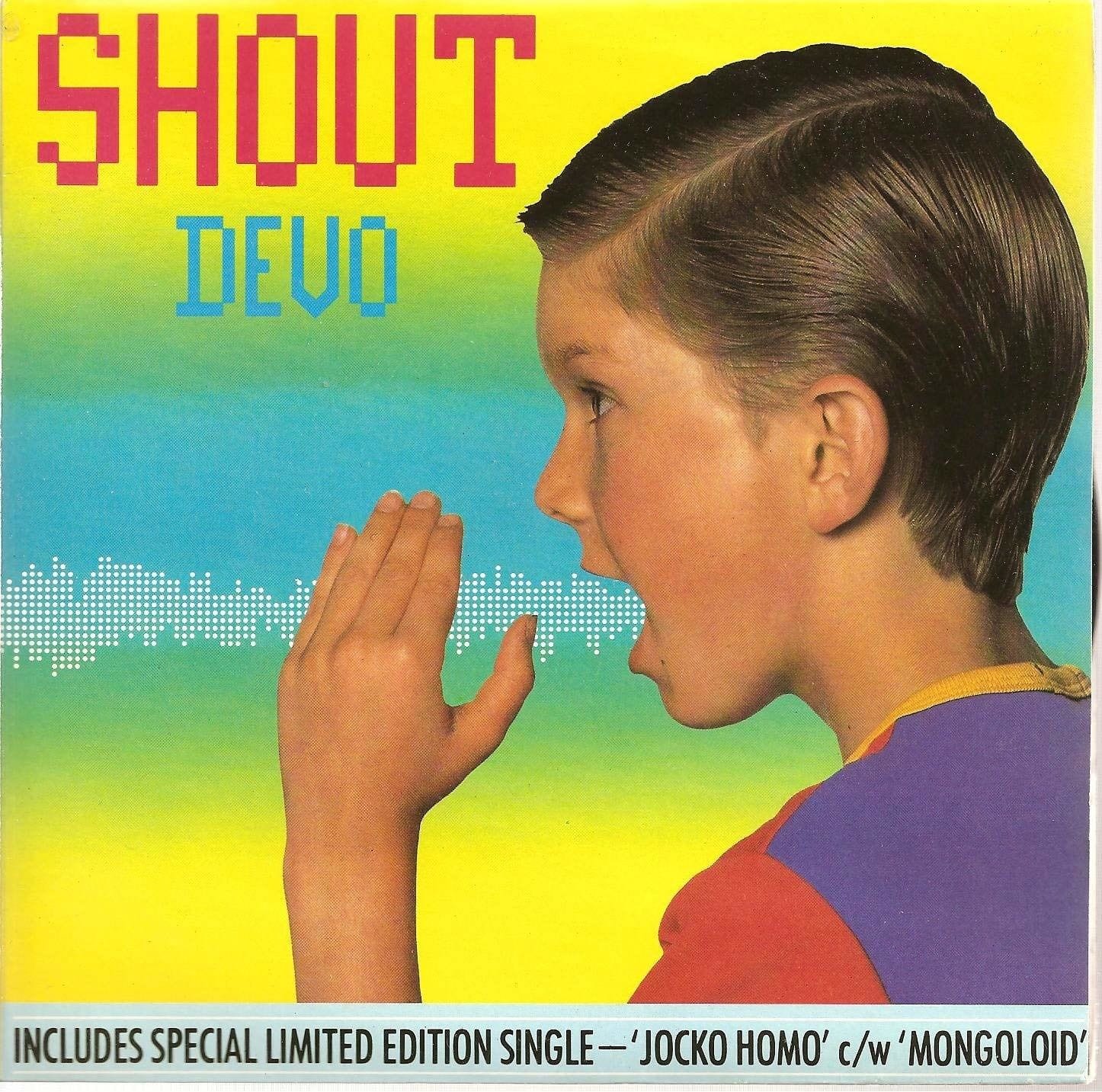 3. Freight Train and Other North Carolina Folk Songs and Tunes by Elizabeth Cotton (2002)

She wrote “Freight Train” when she was 11 and played the guitar upside down. Not necessarily reasons why your two year old will like it, but they will dig it while you have your mind blown. 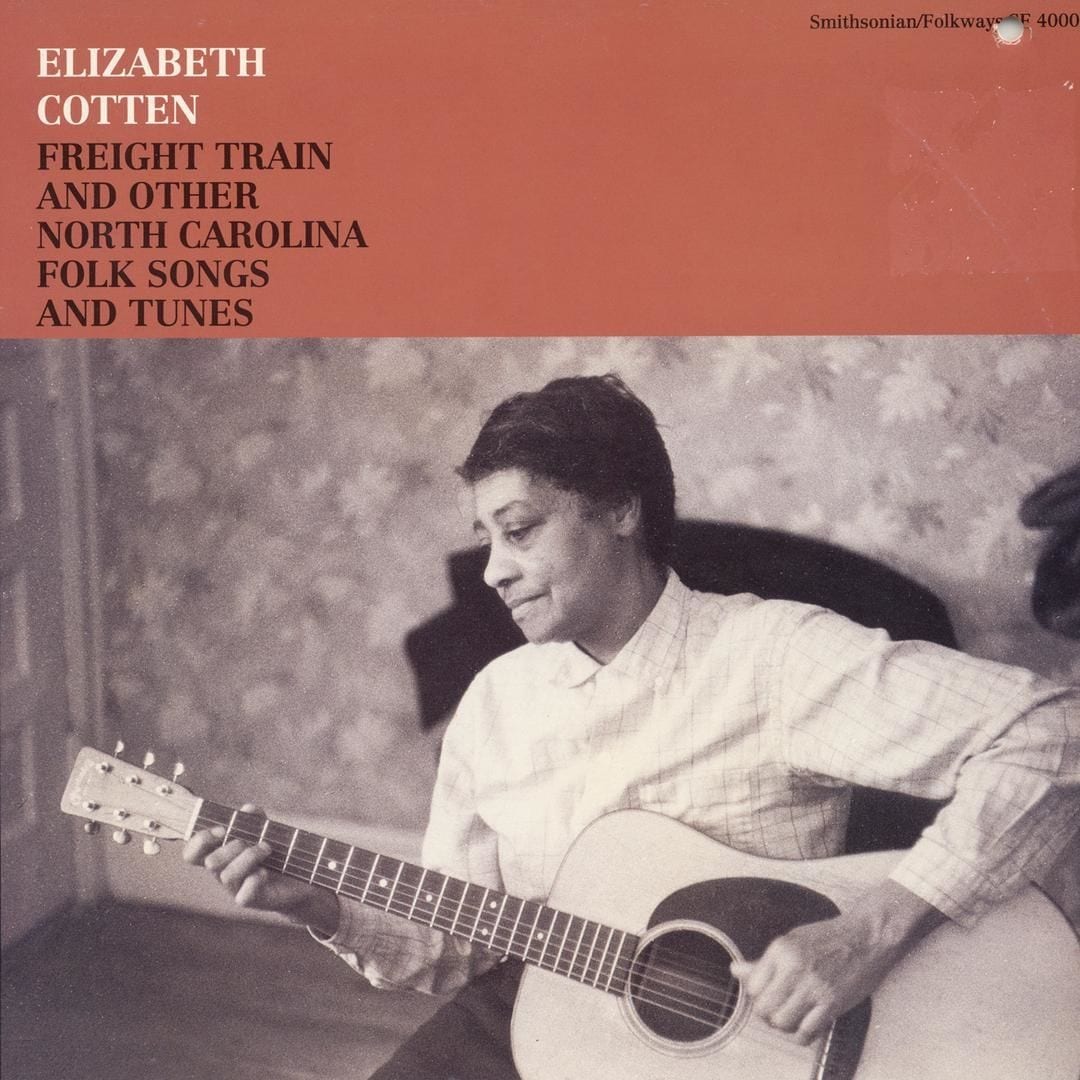 Labyrinth makes so much more sense after seeing how much my kid likes David Bowie. I’ve tried The Beatles, The Ramones, but there’s something he does that seems to cut beyond. Weirdly enough the first Bowie record I really got in to was the last one Blackstar so listening to this now for me this is like discovering Led Zeppelin when I turned 28. This record in particular goes over well, it’s got the hits but “Young Americans” through to “Ashes to Ashes” is a solid 20 minutes of pure joy. 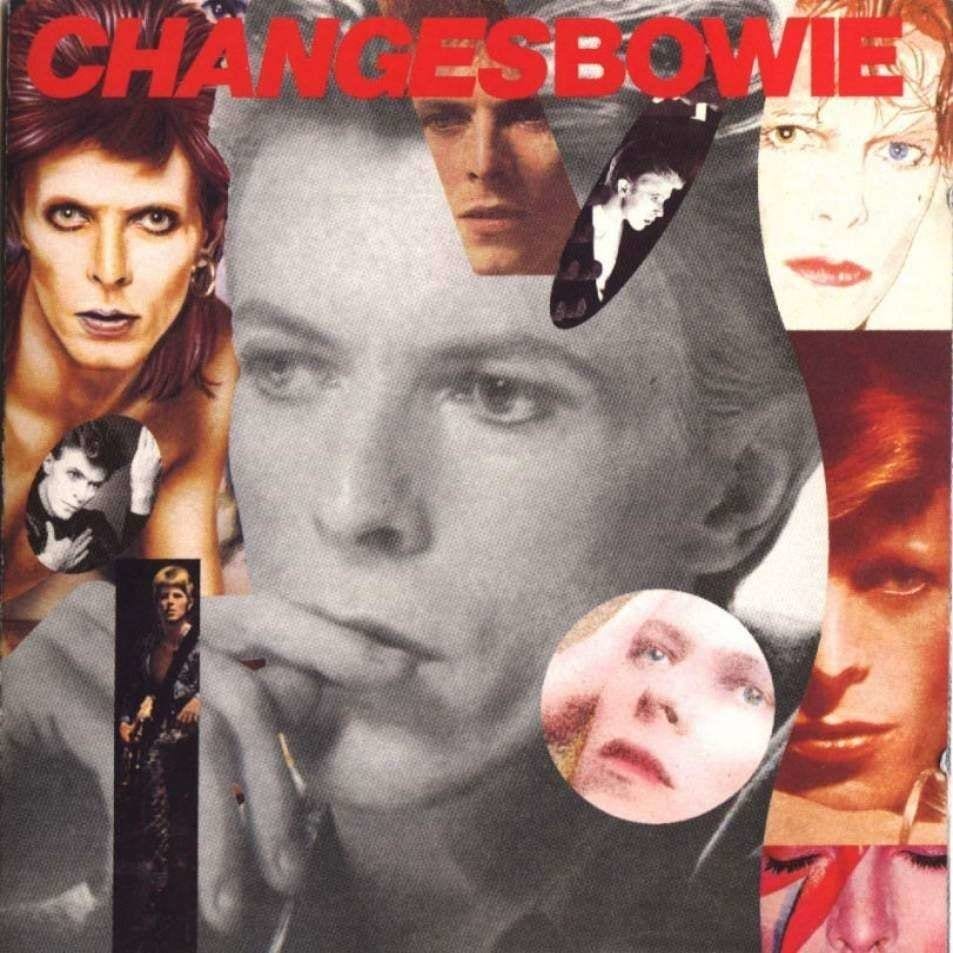 This is the only one that qualifies and is marketed as legitimate “children’s music” but if you have to go there then this guy is your shepherd. These tunes will stick to your brain but you won’t completely hate them. Plus they’re easy to learn and play. I would even go as far as to recommend this sans child, I find his commitment to his character inspirational. 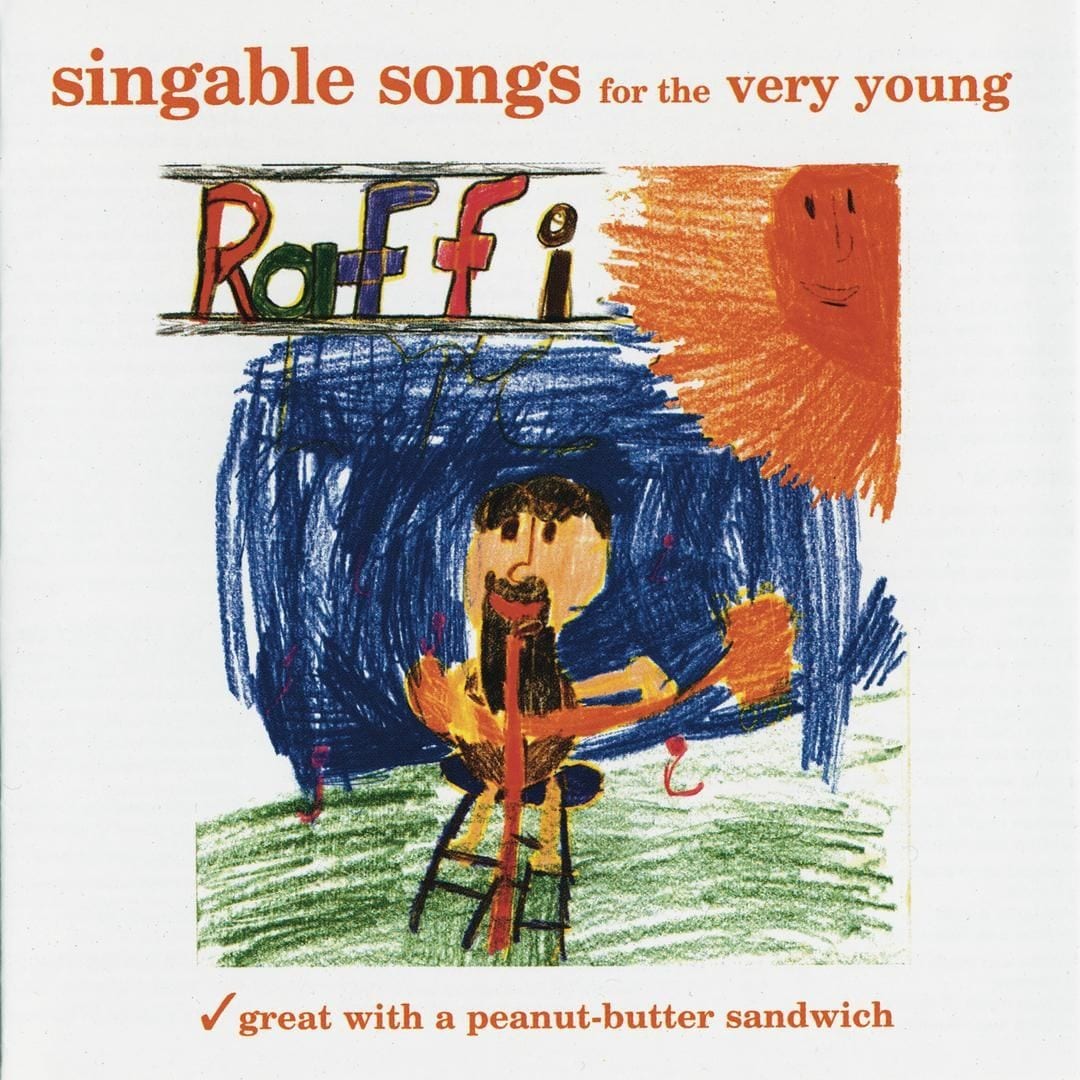