How could such a marvelous premise go so horribly wrong?

That’s the question you’ll be asking while watching dystopian steam-punk film, Mortal Engines. Luckily, you will soon pass into a peaceful slumber and dream about something more interesting, like tax law or dripping water faucets. Visual effects guru Christian Rivers tries his luck at directing and, unfortunately, all of his luck is bad. This dystopian future where massive, mobile cities consume smaller cities for resources is a complete waste of your attentional resources. Flat characters mutter stilted dialogue, occasionally stopping to have insipid flashbacks, and then something chaotic and meaningless happens just to move the plot forward. Mortal Engines is a lump of coal in your holiday movie stocking.

The ‘Young Adult Film’ designation is quickly supplanting ‘Family Film’ as the new pseudonym for Hollywood terrible. The YA action formula is simple: Boring, beautiful young people run around in a special effects videogame and try to find love while saving the world (see: the Divergent or Maze Runner franchises). The hero always has mommy or daddy issues (dead mommy, fugitive daddy, unknown daddy, or unknown fugitive daddy who killed mommy), and sometimes there’s a prophesy guiding our hero toward glory.

These are all signposts of the weak scripting that often plagues YA films, and Mortal Engines is no exception. Every morsel of dialogue is either a melodramatic epiphany or foreshadowing of future events, effectively stripping away each character’s personality and making them a boring conduit of information. When one character stares fatefully into the camera and intones, “I used to be an aviator,” you know immediately how the film is going to end. Sadly, this information arrives just five minutes into the film, leaving you with two hours to endure before the inevitable conclusion

The premise, ripped from a quartet of novels by Philip Reeve, takes place thousands of years in the future. A cataclysmic ‘Sixty Minute War’ sometime in the past created massive geological upheaval (volcanoes and earthquakes) and humankind was basically toasted. From the ashes arose Traction Cities; mobile cities that scour the Earth looking for resources and old technology to replenish their energy reserves. The largest of these cities is the Victorian-inspired London, which bulldozes every tiny city in its path and consumes it for fuel. Sounds pretty neat, right?

Too bad the execution is a hot mess. Borrowing heavily from Star Wars, The Lord of the Rings, and even Dune, Mortal Engines is more like a collage of sci-fi and fantasy movie clichés than something new and original. The leader of London (Hugo Weaving as “Thaddeus Valentine”) is trying to build a super weapon and the only people who can stop him are the renegade (Hera Hilmar as “Hester Shaw”), her beau (Robert Sheehan as “Tom Natsworthy”) and a consortium of interchangeable cannon fodder (headed by Jihae as “Anna Fang”). With a plot this familiar, unless you’ve never seen a movie before, you know exactly how Mortal Engines will play out.

It’s surprising that this script was penned by the normally reliable triumvirate of Peter Jackson, Fran Walsh, and Philippa Boyens. How did these masters of exhilarating cinema manage to produce such a dour affair? We haven’t seen this many noble suicides since Rogue One: A Star Wars Story and there are enough flashbacks to alter space-time. When a dying robot has a flashback, you’ve moved from excessive into the realm of gratuitous. This says nothing of the ridiculous dialogue, which sounds like a high school theater group trying to improvise Shakespeare.

We could forgive the stilted dialogue in a fantasy world like Middle Earth, but these aren’t Hobbits; these are human characters that are supposed to be relatable to modern teenagers. One suggestion to ease the pain of watching Mortal Engines: set up a drinking game in which a shot is taken every time a character shouts, “This way!” You’ll be unconscious by the film’s midway point. 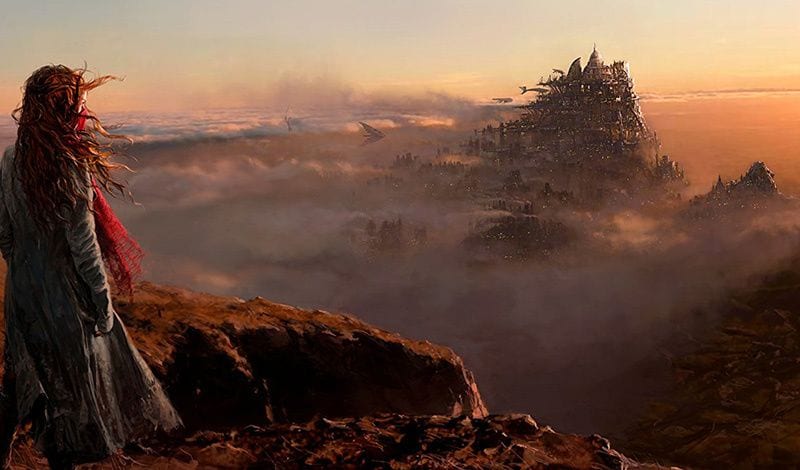 Even worse are the ham-fisted attempts to relate the story to our current sociopolitical upheaval in America. Thaddeus Valentine leads his “predator cities of the West” to conquer the peaceful Eastern city of Shan Guo, where a Dalai Lama-esque leader preaches pacifism in the face of open hostility. What should be a stinging indictment of Western colonialism quickly evaporates when the Shan Guo leader abruptly forsakes restraint in favor of a pre-emptive strike!

In another troubling sequence, throngs of London citizens lustily cheer the physical abuse of captured desert dwellers. Overhead, an announcer informs parents that they may be temporarily separated from their children. The obvious parallel to Trump’s disastrous so-called “security measures” that separates families under the auspices of national security is admirable, but when treated as an afterthought, it’s simply exploitative and in very poor taste

Director Christian Rivers tries to distract from this disaster by creating a striking visual palette. London looks magnificent, its towers spiraling into the sky and two massive lion heads flanking a front entrance that occasionally unhinges and gobbles its prey like a mechanical spider. Smaller transports scurry along the desert floor like some bizarre hybrid of armadillo and centipede. Butterfly-inspired gliders and hot air spaceships look like something straight out of Jodorowsky’s sketchbook for his failed Dune project back in the ’70s.

Unfortunately, Rivers struggles with nearly every other element of the filmmaking. The pacing is atrocious, as quick bursts of action are interspersed with quiet moments of reflection to produce a predictable, sedating cadence. The editing, too, is problematic, with multiple story threads failing to intertwine. Characters disappear for long stretches, only to re-appear with new objectives that make no sense. Ultimately, Mortal Engines has the feel of a movie that was cobbled together by a committee in post-production.

The meaty concepts that fuel Mortal Engines are no match for the dreadful execution and boredom that bog it down. The notion that any teenager will be entertained by this film is laughable, and adults will be lucky just to stay awake. Let’s just cool these engines and move along. 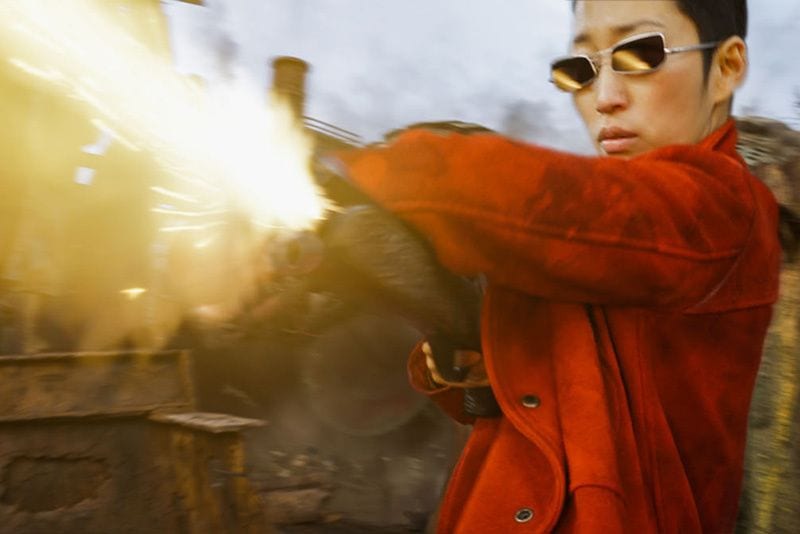