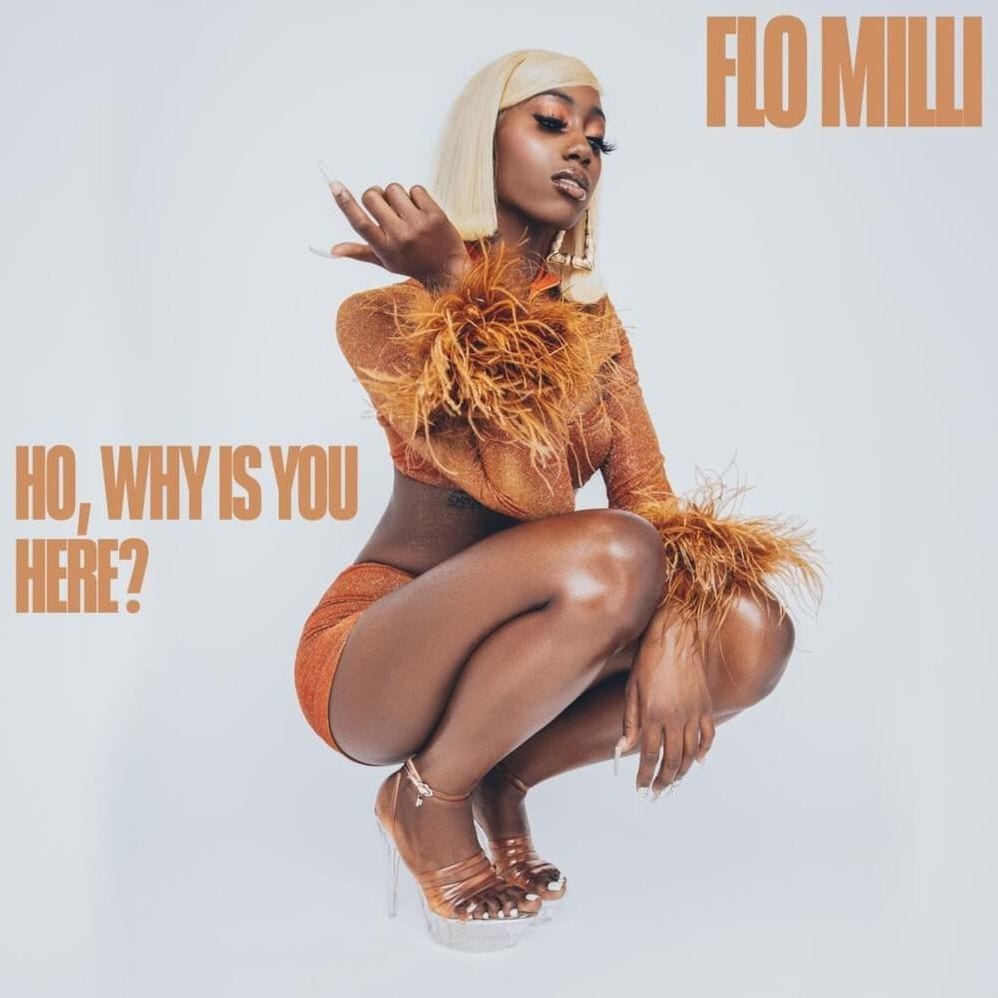 Ho, Why Is You Here?
Flo Milli
RCA

Just when you thought you’d finally heard it all, when it seemed that the boundaries of human language had been stretched to their limits, and memories of every radio hit being “actually good” had begun to give way to the cynical ear of adulthood, Tamia Ivoryav Carter (better known by nome de plume Flo Milli) tore apart the fabric of the universe as we knew it with a single line: “Dicks up when I step in the party.” For a moment, the Earth knew peace.

That bar heads off “In the Party”, one in a slew of viral singles released throughout 2019, most of which soundtracked TikTok clips embodying the essential Flo Milli energy: sexy, cocky, expensive with a flirty sense of humor. (My personal favorite involves YouTube beauty guru Nikita Dragun twirling around in a latex dress on the MTA.)

As it stands, Flo Milli is positioned to be one of the first legitimate stars produced by the TikTok era. Where viral hits spawned by dance challenges once dominated radio for months at a time, TikTok has cut the life cycle of a viral hit to an impossibly small window, thriving on the thin attention spans of its users. Even the app’s biggest smashes, like Megan Thee Stallion’s “Savage” or Doja Cat’s “Say So” required high-profile remixes from some of music’s most established stars — Beyonce and Nicki Minaj respectively — to extend public interest and finally reach #1 on the Hot 100. It’s a volatile, unpredictable business model. Users themselves can decide to use any song in their videos, and practically anything has a shot at becoming an overnight success, taking up real estate for at least a few weeks whether it came out in 2011 or ten minutes ago.

A vast majority of artists who experience sudden TikTok success come away looking unprepared for the surprise, unable to rush out music videos or follow-up singles to leverage any sort of longevity from the brief period of exposure. But Flo Milli is not like the others: the rollout of visuals for her two biggest hits “Beef Flomix” and “In the Party” betrays a level of marketing genius of Lil Nas X caliber, from stylish videos to cute, round-the-way girl single artwork, to the irresistible taglines peppered generously across all her songs.

However, the master key to Flo Milli’s continued success in such a hostile climate towards new artists is unrelenting consistency, as evidenced by her debut mixtape for RCA Records, Ho, Why Is You Here? Her signature flow — a bouncy, swaggering chant that often seems ready to fly off the rails before shifting down a gear at the last moment — completely carries the tape’s half-hour runtime, elevating the project’s frequently unremarkable, even chintzy production to bona fide banger status.

The tape wisely opens with its three strongest singles. The one-two-three punch of “Beef”, “In the Party”, and “Like That Bitch” is one hell of an introduction to Flo Milli’s sharp cadence and infectious attitude. Even without the thousands of viral videos, these songs have spawned since they’re enough to grab your ear on flow and song construction alone. The pure “bad bitch” energy of “Beef” allows the song to float along without a hook, practically forcing you to learn every word.

The project also addresses critiques that plagued Flo Milli’s earliest singles. Targeted for lack of variety in flows and a less than stellar singing voice on less-successful follow-up singles “Eat It Up” and “My Attitude” respectively, Ho Why Is You Here? features flows and delivery styles unlike anywhere else in her discography. On the sinister “Pockets Bigger”, she ditches her signature sweet-then-bratty timbre for a surprisingly husky and threatening low range. On “May I”, the crown jewel of the mixtape, Flo Milli channels Missy Elliott’s classic “Pass That Dutch” for a bouncy, undeniable chorus that belongs on the soundtrack to Bring It On. It features the zaniest, most unpredictable flows of her young career — destined to hype you up in the mirror for years to come.

Across the tracklist, Flo Milli shows an uncommon amount of editorial control. Each song is a complete idea, no half-baked or unfinished outlines of tracks that could be successes if they were longer, or had a real hook, or amounted to much other than a freestyle. It’s another strong choice for Flo Milli’s particular market — every single song has at least one line that could make the whole thing pop off. (The “save his number under We Gon’ See” moment on “Pussy Cat Doll” immediately comes to mind.)

This quality should allow listeners to give Flo Milli the benefit of the doubt when it comes to some of the project’s production. Though there’s a timelessness to the low production value of “In the Party” and “Scuse Me”, it stands out like a sore thumb on deep cuts like “Send the Addy”. Production outside of the odd, staccato “Beef” is never adventurous — attempts at more lush and spacious production (“19”) end up sounding repetitive and predictable, and midtempo moments like “Not Friendly” come off busy and cheap. Several songs have a memorable bell or whistle to remember it by — the buzzing synths on “Pussy Cat Doll” sound like a sputtering bumblebee trying desperately to stay airborne — but flows as electric and inventive as Flo Milli’s deserve beats to match.

Another critique that will likely be levied against Ho, Why Is You Here? is that its emotional palette is limited to swaggering, assertive, cocky, and the like — the many shades of the “bad bitch” attitude. There is no “Be Careful” on the mixtape, no peek into the life behind the life of the party — but I find that the alleged need for a moment of “vulnerability” tends to be a myth reserved for female rap. The idea that a female rap project is a failure for being one-note — especially when that note is confident and sexy– ruins what a project like this has to offer: fun, in its purest and most undiluted form. In this way, Ho, Why Is You Here? shares DNA with Playboi Carti’s Die Lit: an effortlessly curated, expertly engineered portal into a world of cash, confidence, and your hair to your ass. You, too, may enter: just say the magic words.