Back in the fall of 1982, I was a high school freshman in Madison, Wisconsin. We had just moved there from the suburbs of Chicago, and Madison had a splendid college radio station. Back in the suburbs, the kids were still listening to boring corporate rock like Journey and Styx. But in a college town, there were far better offerings to be found on radio: the Clash, the Jam, OMD, the English Beat, and A Flock of Seagulls. I recall hearing “I Ran” for the first time; Paul Reynold’s slashing guitar underpinned by Mike Score’s dreamy synths and the rock solid beat powered by Ali Score on drums and Frank Maudsley on bass. It was unlike anything I’d ever heard. The marriage of those crisp guitar lines that sounded more like they wanted to become an electronic instrument rather than a rock guitar and the huge wall-of-sound synth waves was totally new and different.

It’s a sound that has been far more influential than one may think. Unlike some of the lesser new wave acts of the ’80s, A Flock of Seagulls concocted a futuristic sound that continues to impact contemporary music. Reynold’s guitar lines still sound revelatory and thoroughly modern. With the huge popularity of synthpop and electropop these days, it’s crucial that we pay tribute to the pioneers of the sound, the ones whose music continues to resonate.

A Flock of Seagulls reunited in 2003 and have been playing live dates, but now the group is issuing a new album of some of their finest material as performed with the Prague Symphony Orchestra. The combination works precisely because A Flock of Seagulls have always had a big sound with cinematic elements. The orchestra adds to their gorgeous wall of sound, extends it, amplifies it.

The new album is Ascension and it’s releasing 29 June. In the interview clip below, the band discusses their history, the new album, and what their favorite songs are. Mike Score says. “The 12 songs selected were our favorites, fan favorites, and some less well-known tracks going back to our debut and 1983’s Listen.”

Meanwhile, A Flock of Seagulls have released the first video for the new project, and as it happens, it’s my favorite song from the group. “Space Age Love Song” is a timeless tune and the group is in fine form performing their old classic. Mike Score says, “‘Space Age’ was just about intimacy, if you’d like. When you meet somebody there is an instant eye contact if the chemistry is right. If everything is right, you catch their eye… that whole ‘across the crowded room/caught your eye’ thing. The lyrics explain that: ‘I saw your eyes and you made me smile.'” 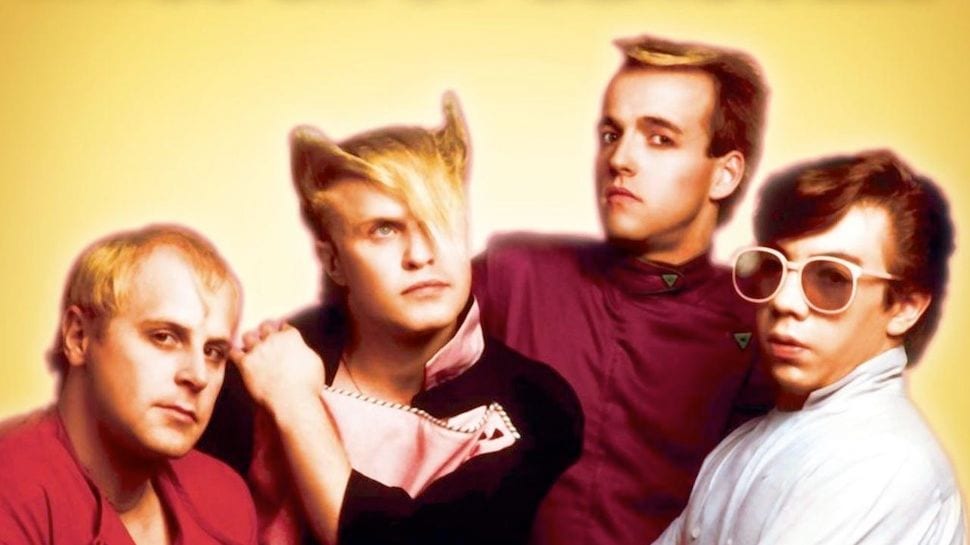 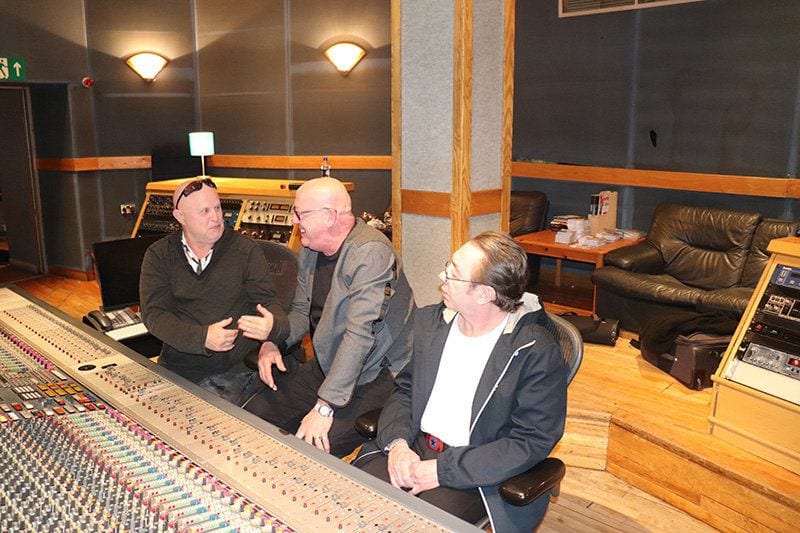 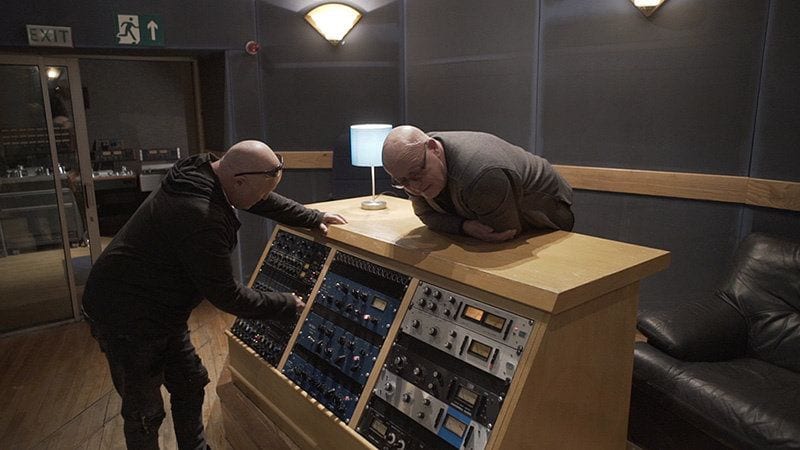