Following a strong introduction that touched on her live shows, her fashion sense and her book Useless Magic: Lyrics and Poetry from John Seabrook, Florence Welch (of Florence and the Machine) took the stage at the Society for Ethical Culture to rapturous applause. Welch was participating in the final event of her current tour — she concluded a year and a half of touring with a discussion and short performance for The 20th New Yorker Festival on Friday,11 October.

Throughout the hour-plus event, Welch and Seabrook discussed her career, right from the beginning. One of the first questions Seabrook asked about the general place Welch was when “Dog Days are Over” was written. Welch provided a detailed response about those early (possibly) art school days, “snogging people” she wasn’t supposed to, working with Dev Hynes and meeting band member Isabella Summers at a party.

Welch also shared a hilarious moment about touring with MGMT, where that group came off stage and said, “Oh my god, the ghost of Andy Warhol was in the fucking audience.” And then Welch’s dad walked in — it was her dad MGMT saw. Later, on the road with the group, Welch was banned from MGMT’s tour bus for being a bad influence. Her drinking had been a problem. Another story noted how the expense for a small fire in her room was less than the bar tab at a New York City hotel (her publicist had received the bill).

During the Q&A, one audience member prompted a guarded response to her question — Welch was circumspect about the musical in development. She also referenced a song in the works with the line, “I wish I could make music just to dance to. All this bleeding out in public, sometimes I wonder if it’s worth it.” After the Q&A, Welch’s bandmates Rob Ackroyd and Tom Monger joined her (on acoustic guitar and harp respectively) to perform “June”, “How Big, How Blue, How Beautiful”, “Big God”, and “Dog Days are Over”. Photos from the event plus a video of the performance are below. 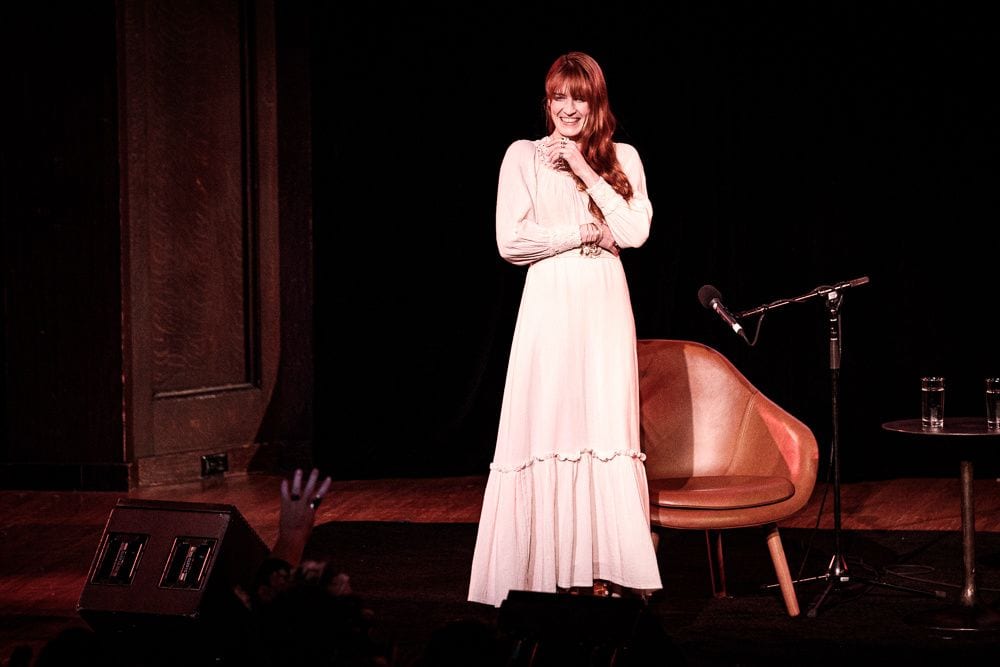 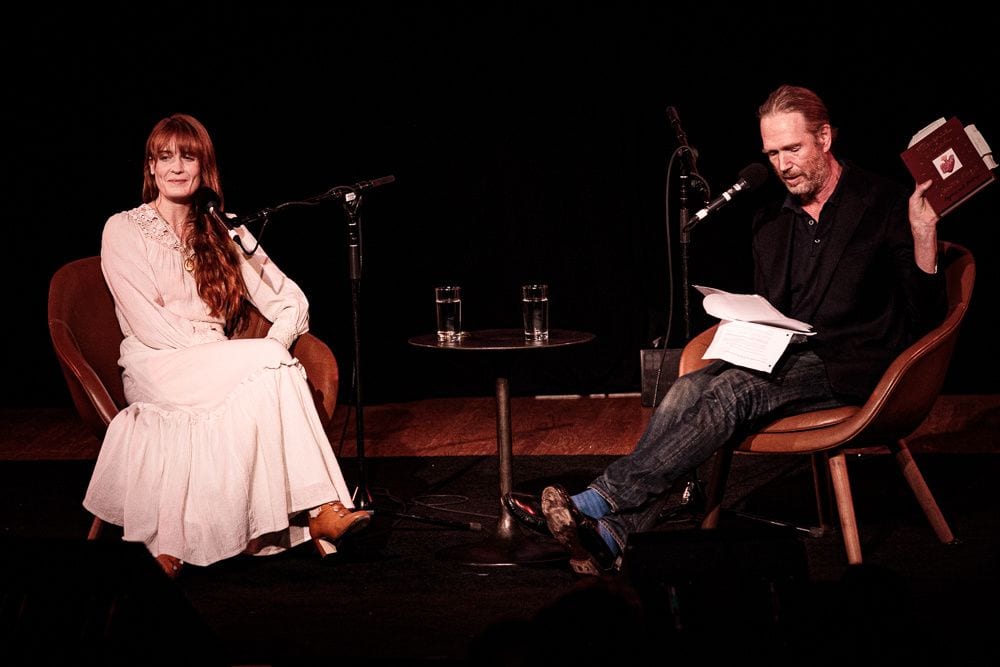 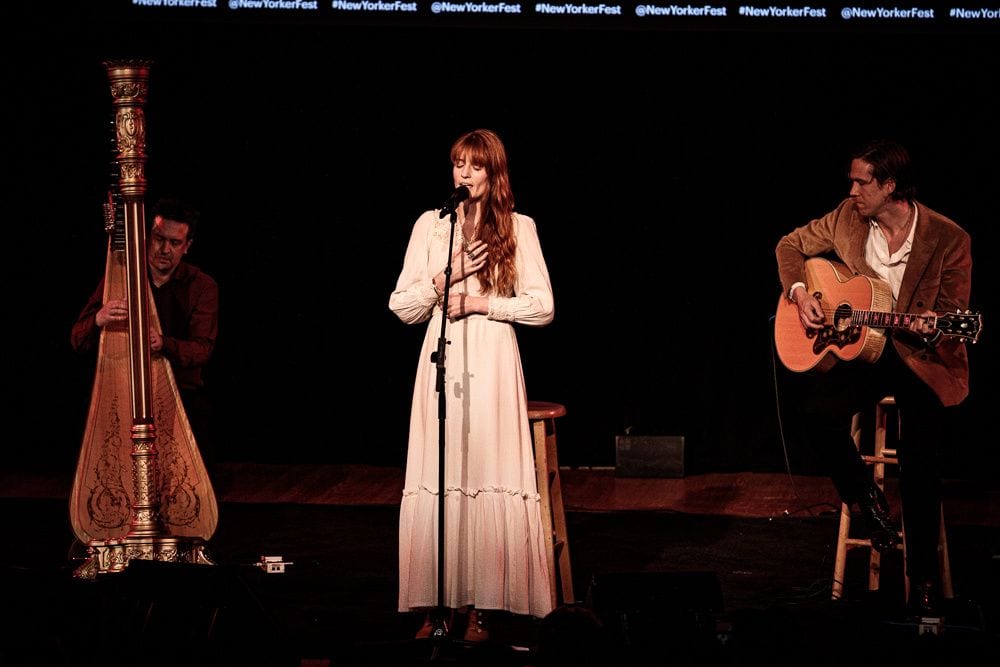 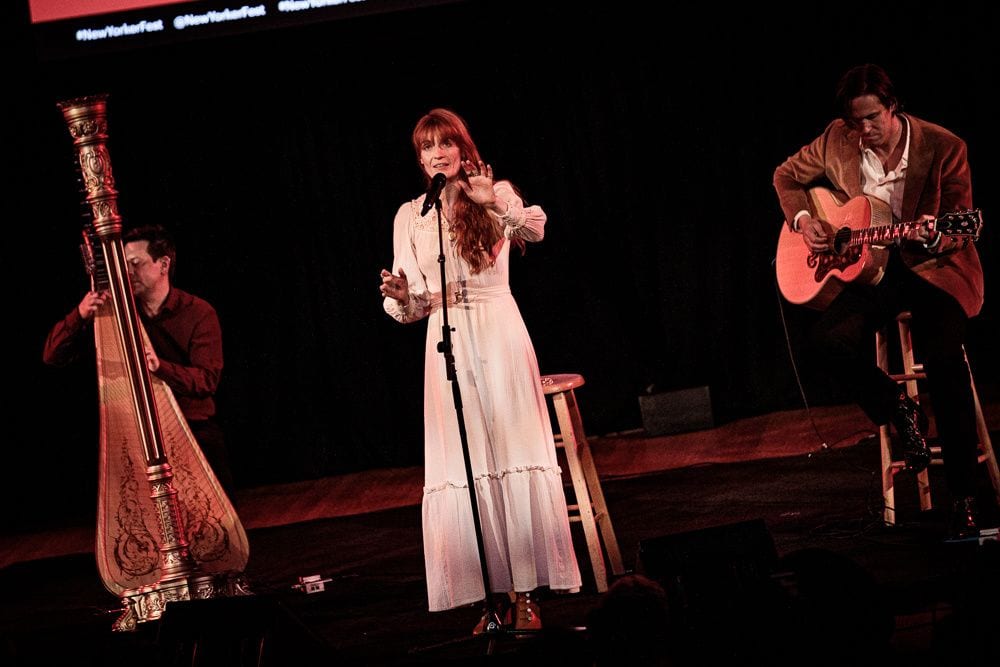 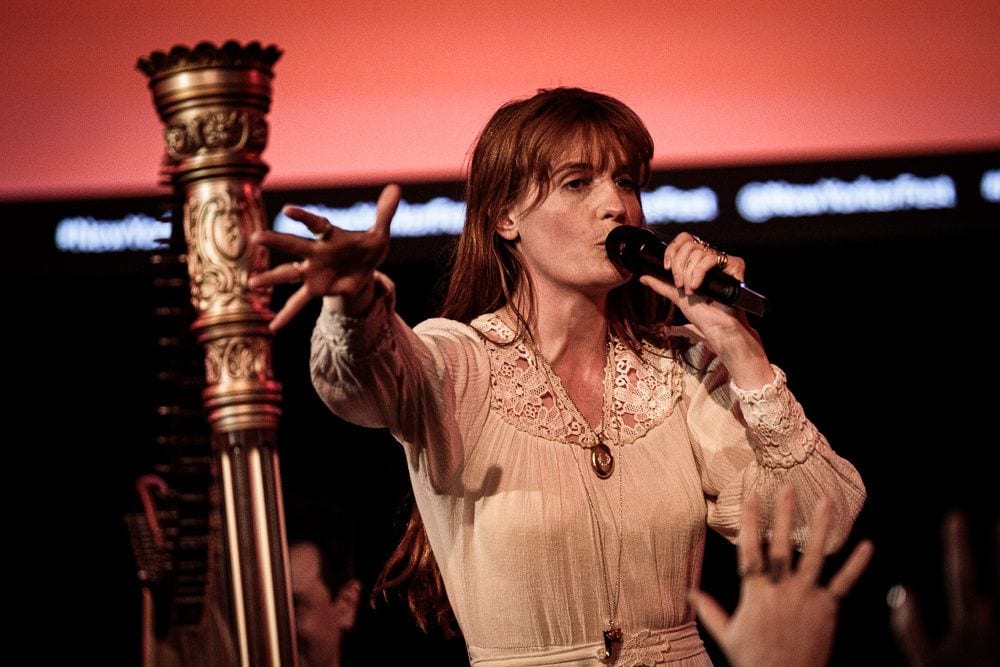 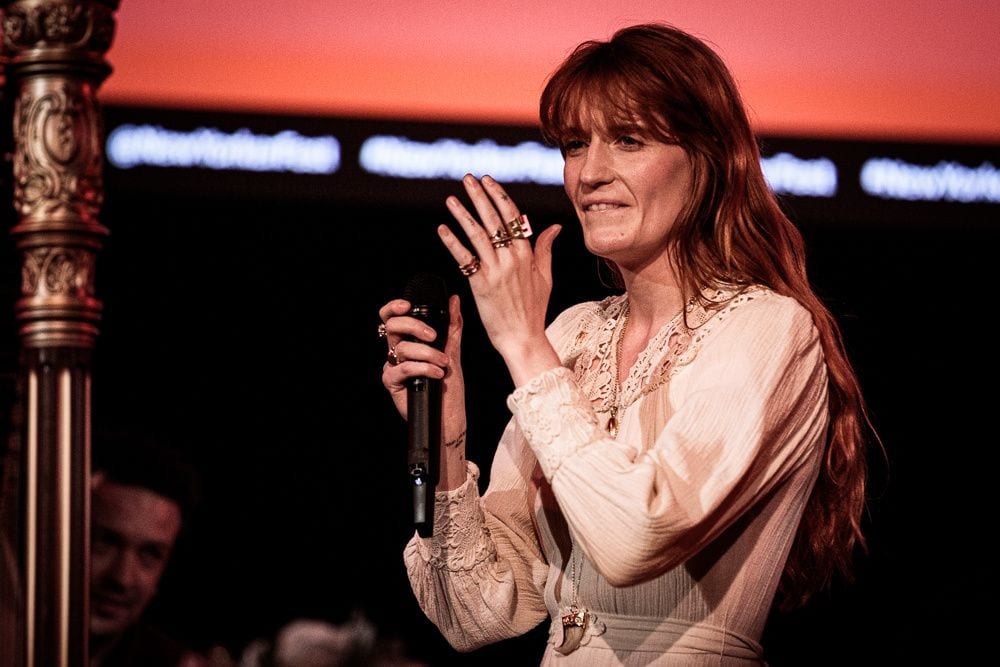 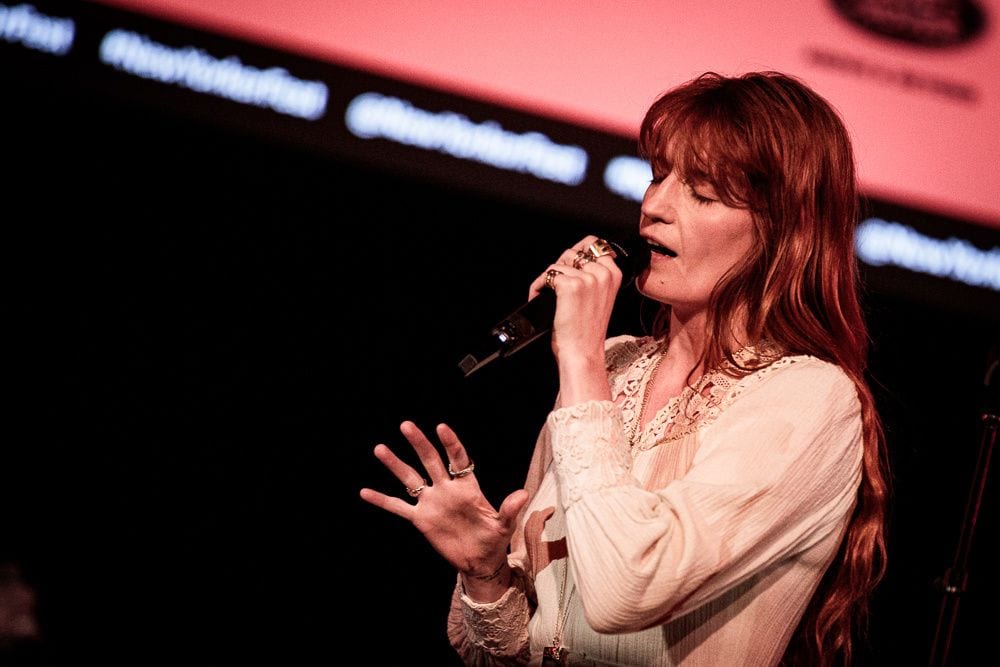 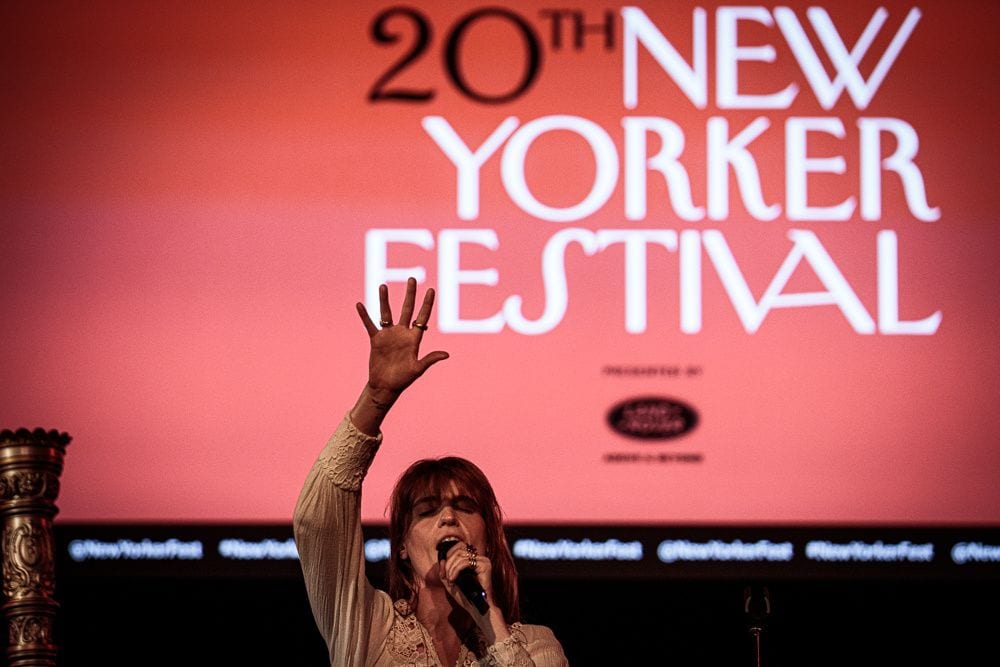 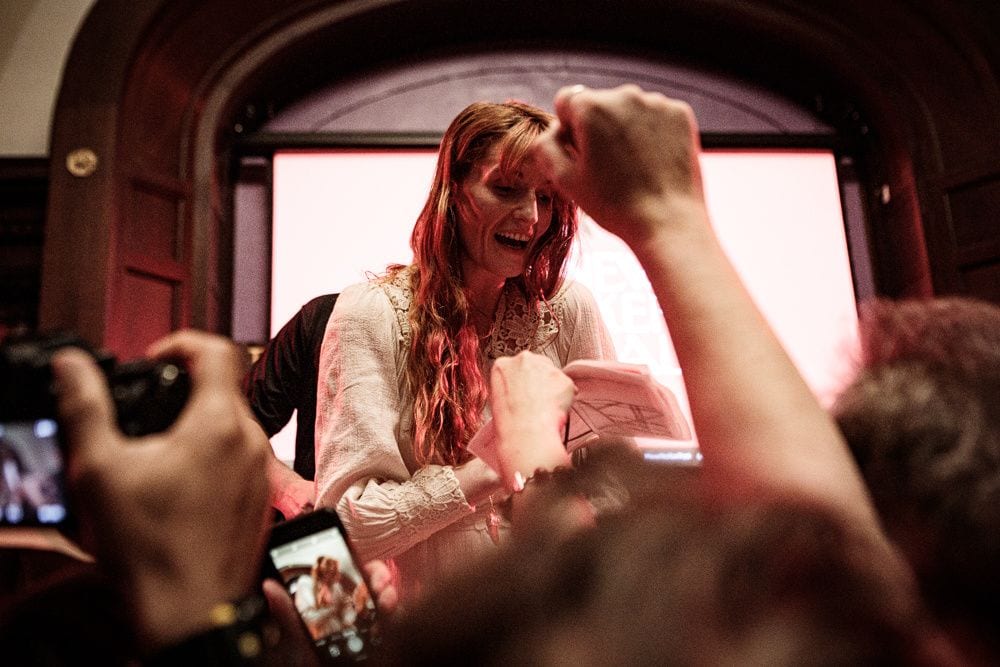