Dave Grohl knows that many Foo Fighters fans had come of age with the band and now continue to follow the formidable rock group. Their longevity, a “23-fucking-year” career, has given fans time to graduate, get married and start families. It ends up being the responsibility of these older fans to pass on the musical tradition and grow the band’s legacy amongst younger generations.

So it was with a knowing smirk that Grohl could ask those attendees who somehow might not know lyrics to a particular song to “watch the dude with the mini-van” to pick them up. And it made sense to see children of the band members present at the show. I’m not sure whose kids they were or if kids from each band member were in attendance, but there was a far larger group of kids that I would have expected sitting stage right. Drummer Taylor Hawkins’s son had given the kit a warm-up before the Foo Fighters took the stage and later, the backing vocalists on “The Sky Is a Neighborhood” included Grohl’s daughter. This is a group of dads who clearly love what they do and love hanging out as a family.

At Madison Square Garden on July 16th, Grohl made that evident as he effused, “I’m having too much fun. I can’t believe this is my fucking job.” I found watching the show was too much fun. The band are simply fantastic, if a bit formulaic night to night, on their Concrete and Gold tour. Their show spans the entirety of their career packing in classics and giving each member, including bassist Nate Mendel, guitarists Chris Shiflett and Pat Smear, and Rami Jaffee on keys, a moment to shine. Hawkins solo saw him and his drum kit lift high up above the stage.

The great classics are arena-built anthems. Many favorites of mine, like “Learn to Fly”, “My Hero”, and “Monkey Wrench”, sounded immense (it was one of the loudest shows I’ve heard at the Garden). And the newer Concrete and Gold material held its own in terms of power and enjoyability. The kick-drum punch of “Run” leads into another arena-smasher. And “The Sky is a Neighborhood” feels vast and yet devastating with Grohl’s snarls.

There was a nice surprise during “La Dee Da”, as Dave Koz joined the group with his saxophone (as he had contributed to the song on the album). And a few tunes later, Hawkins came off his riser to sing “Under Pressure” with Luke Spiller of the Struts (who opened the show and perform a pretty close theatrical approximation of Queen). It was a ton of fun to see them bounce off each other (and Grohl even remarked the two should start a band — Hawkins replied Grohl could drum for them).

Foo Fighters wrapped up their set with an unbeatable four-song encore. “Times Like These” lead into “This Is a Call” before the group wrapped with “Everlong”. I can’t imagine there was anyone not singing along. 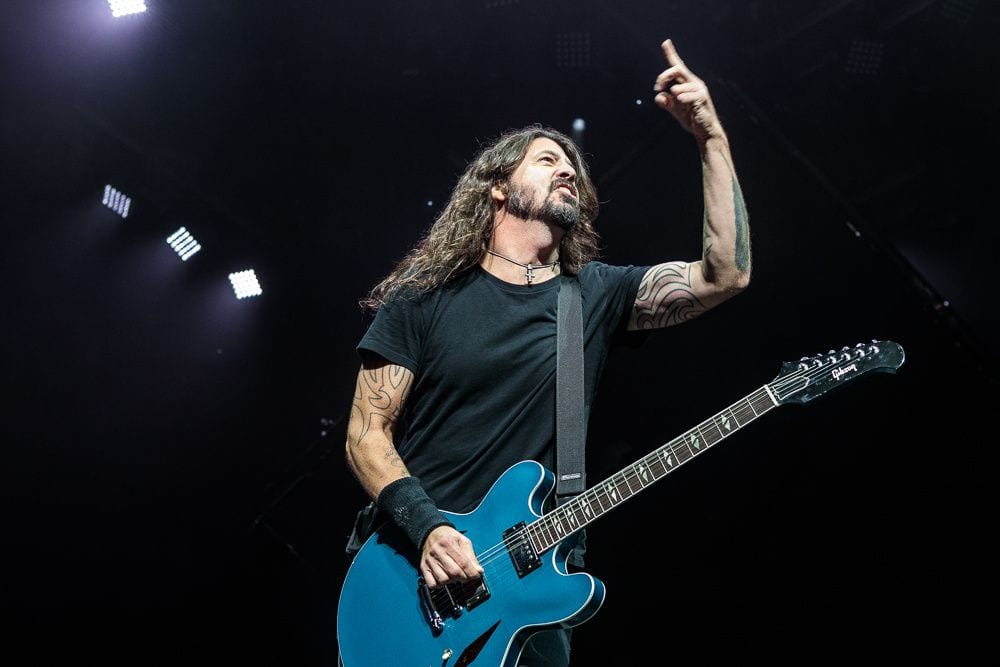 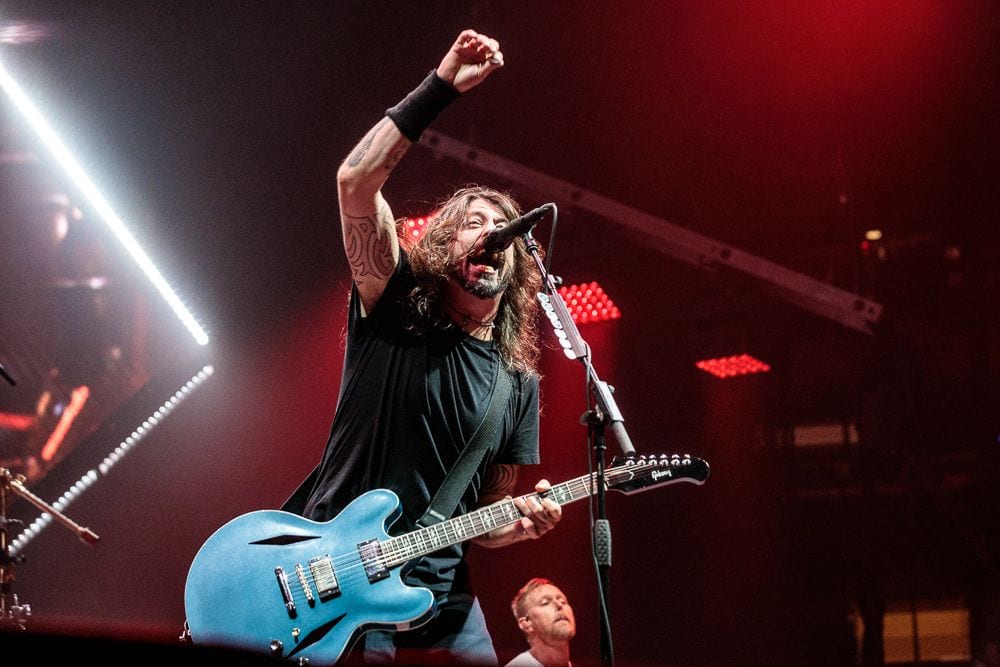 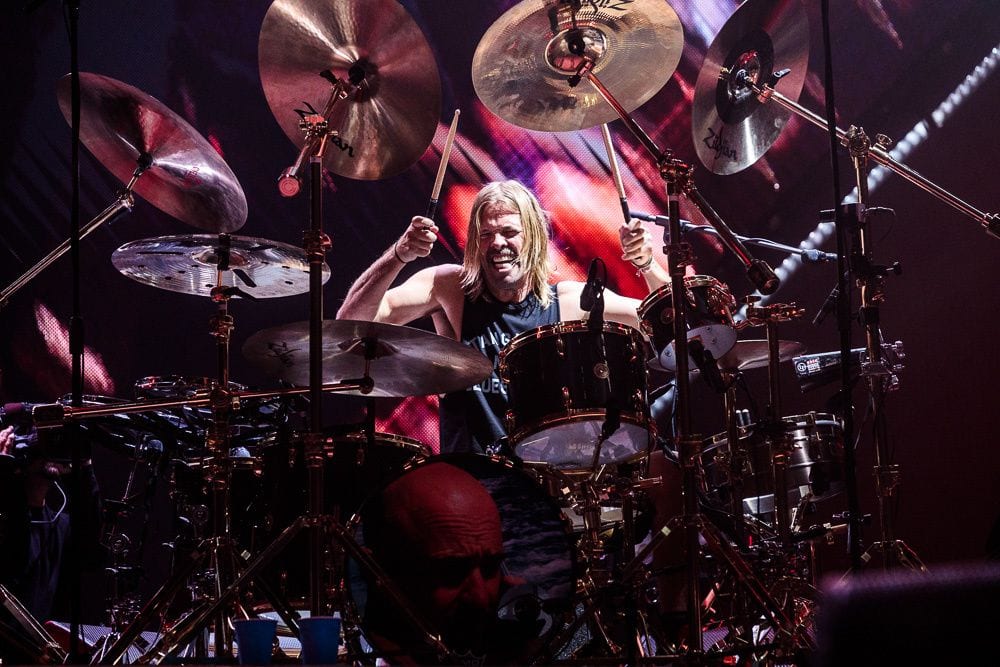 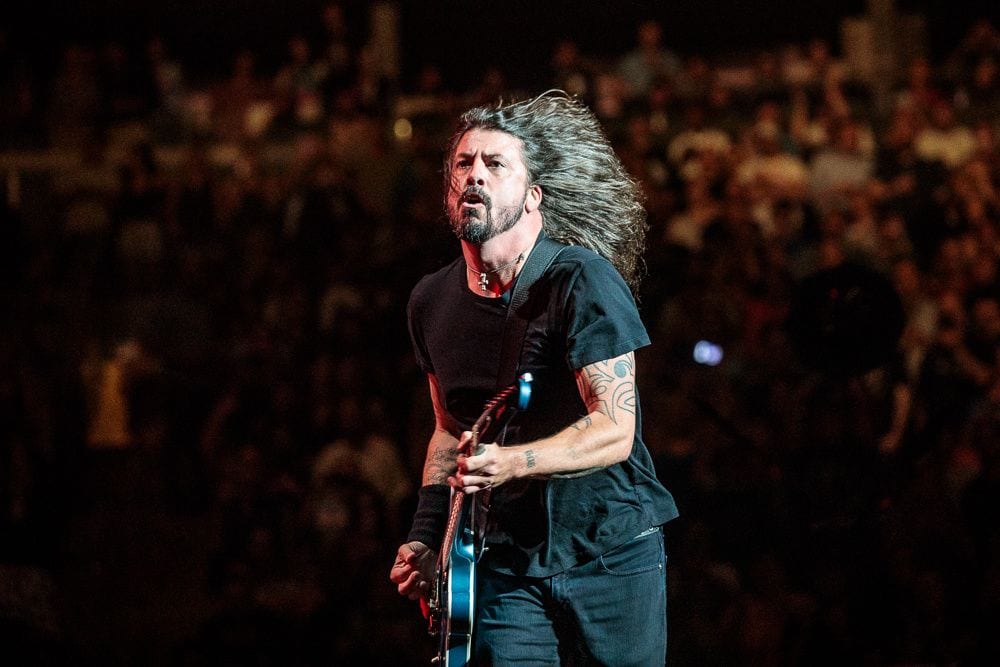 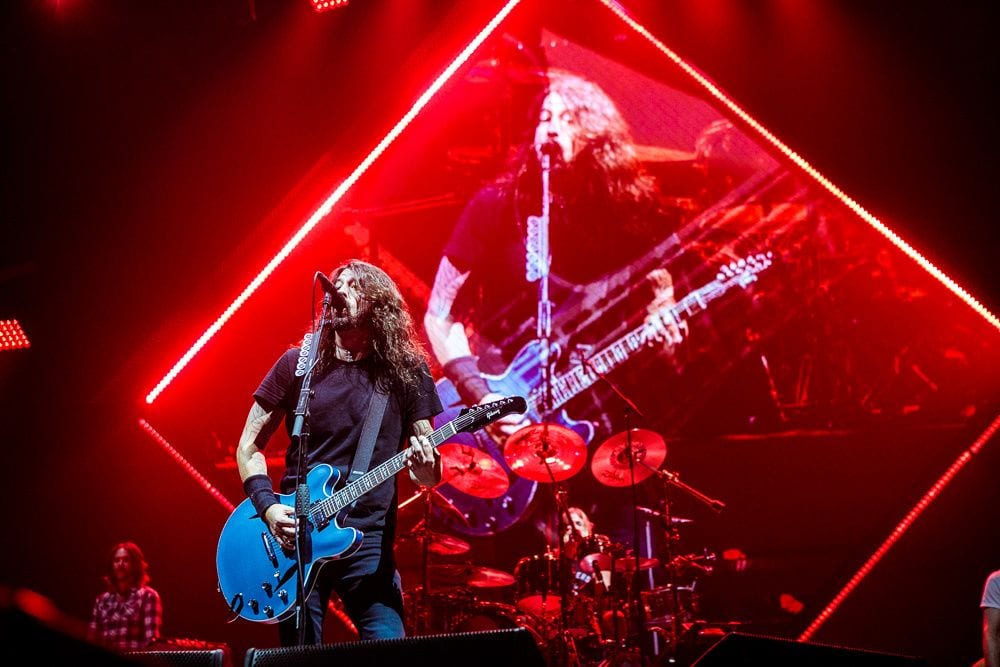 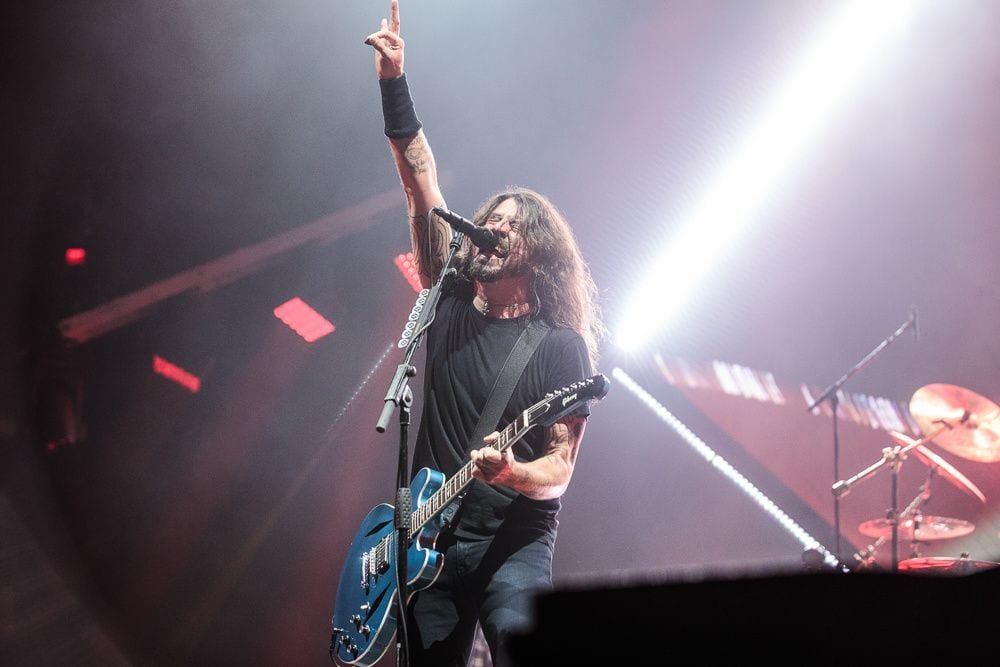 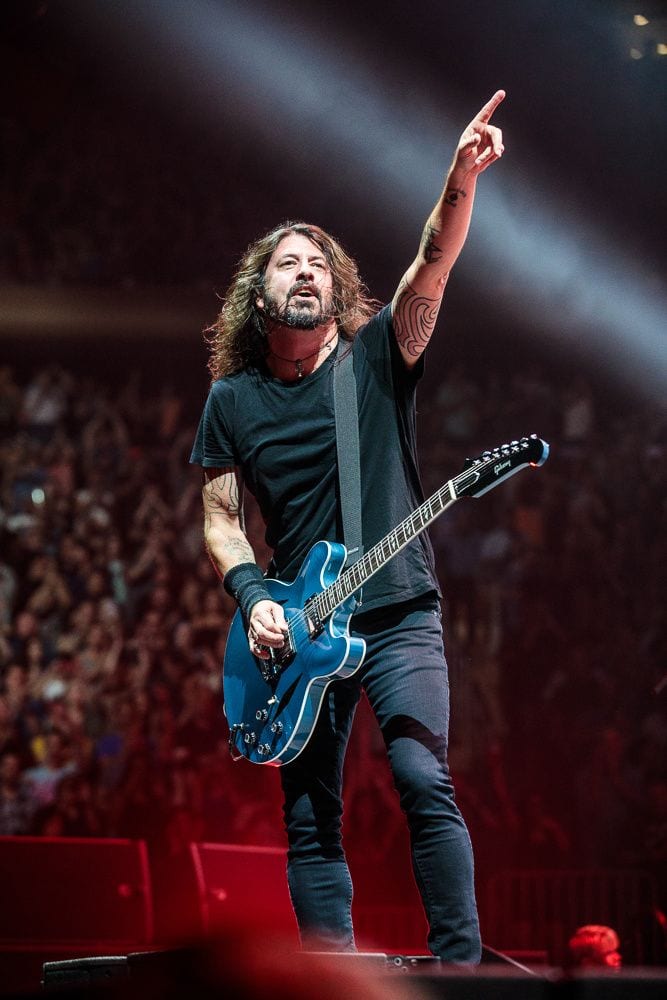 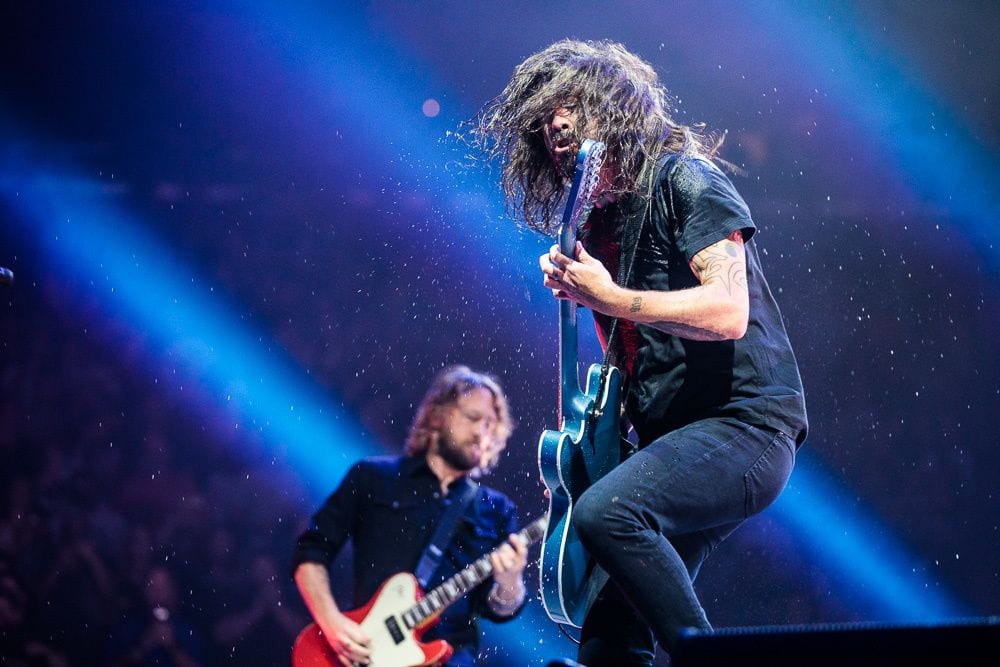 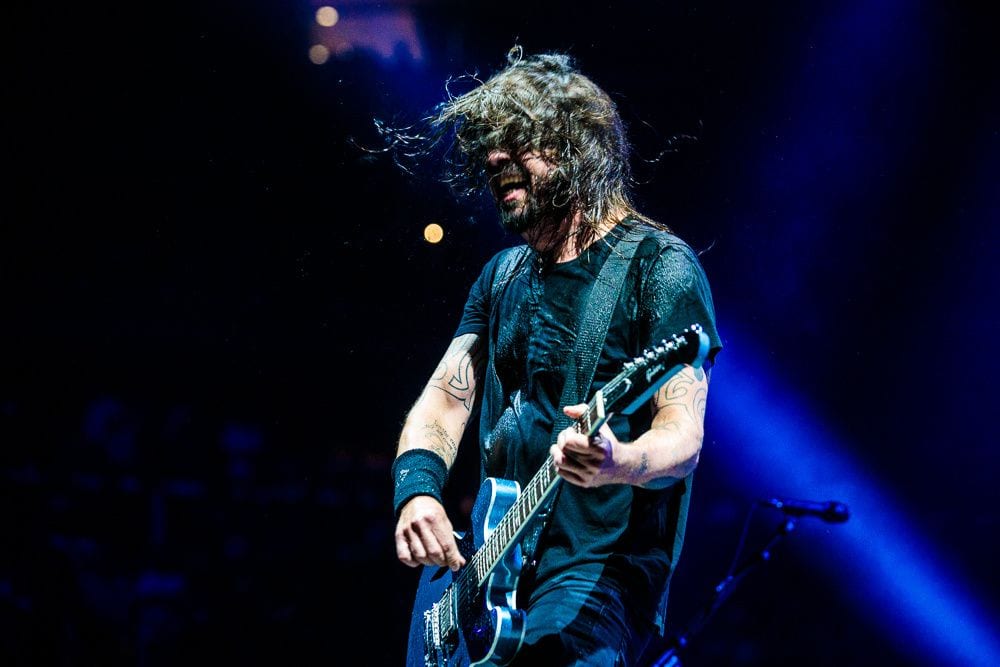 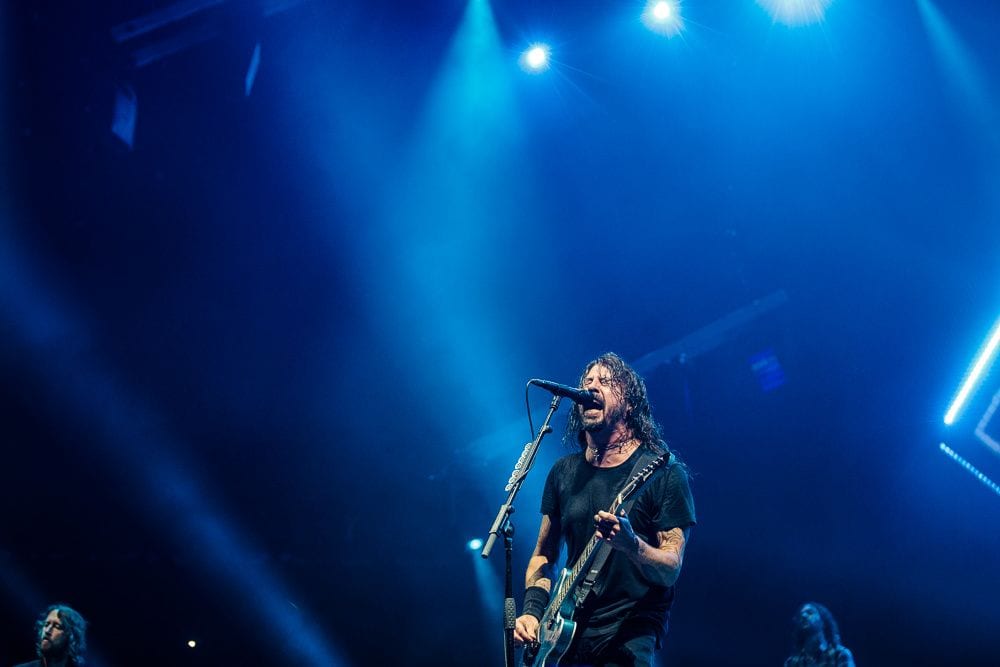 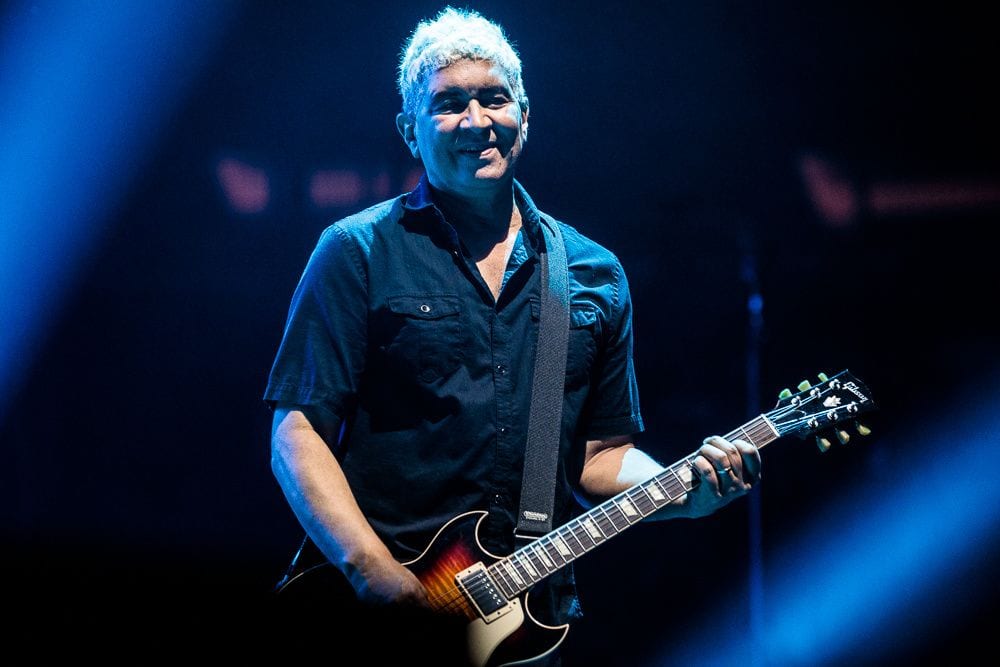 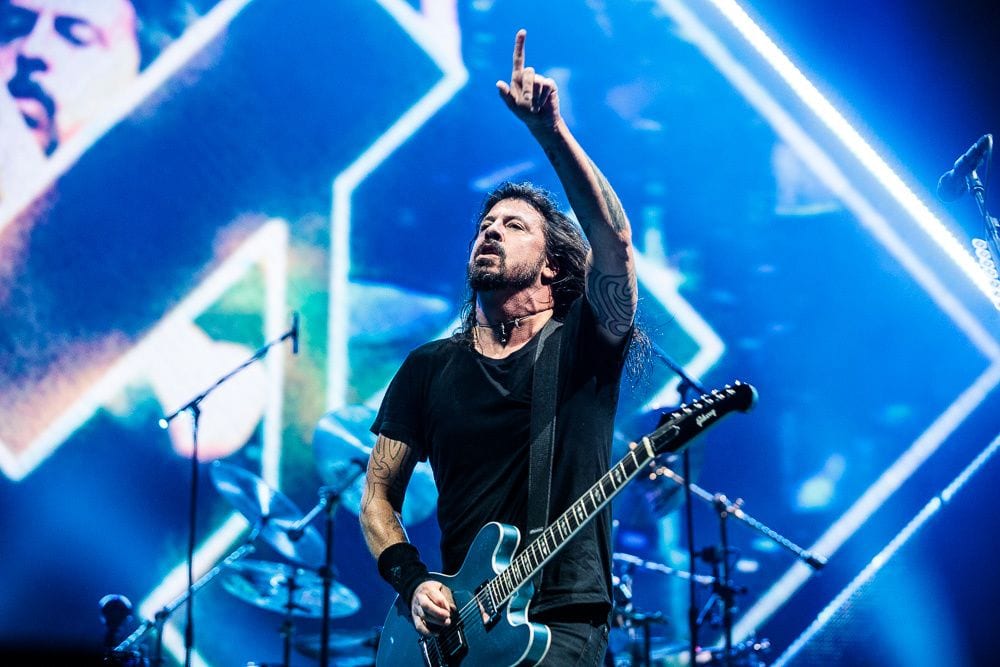 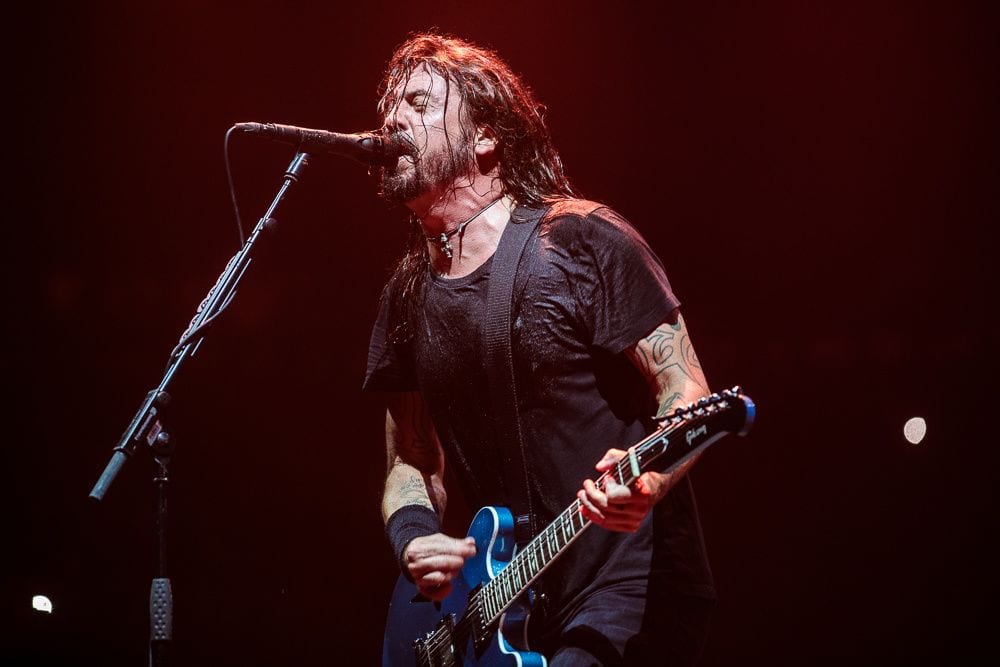 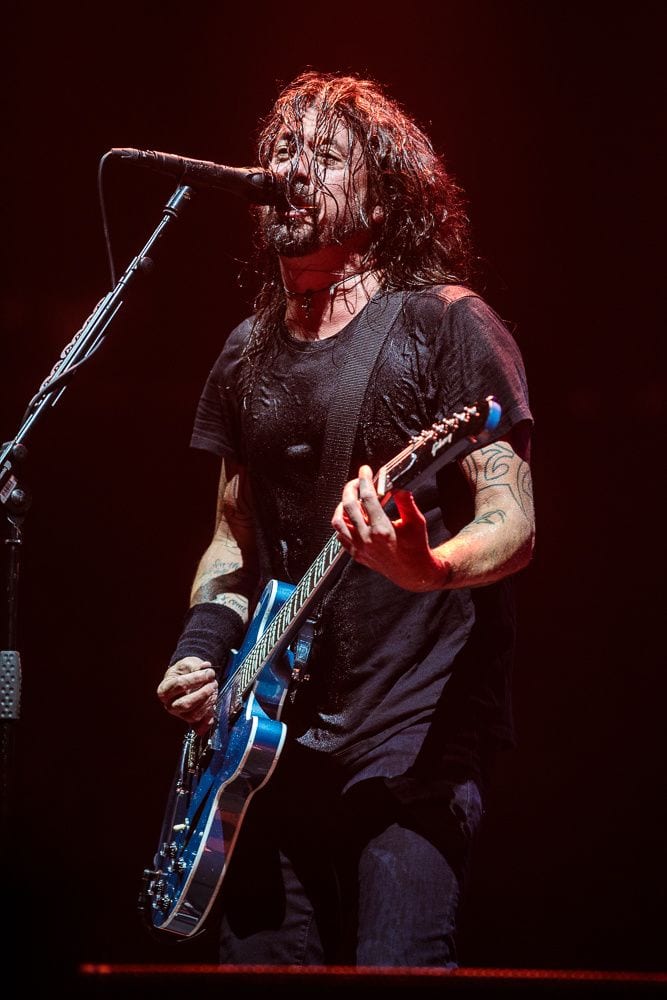 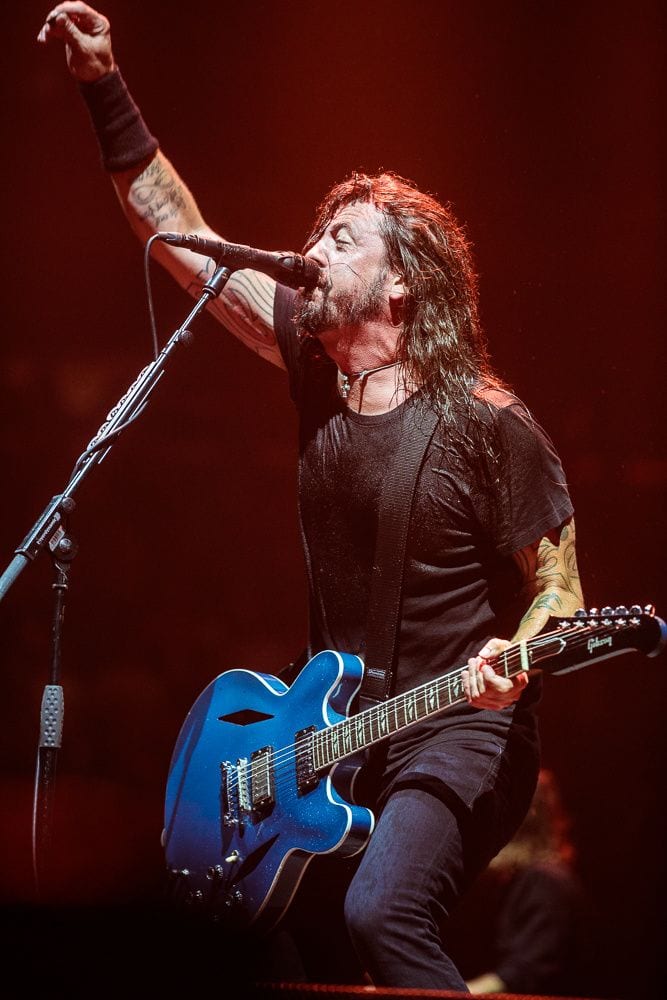 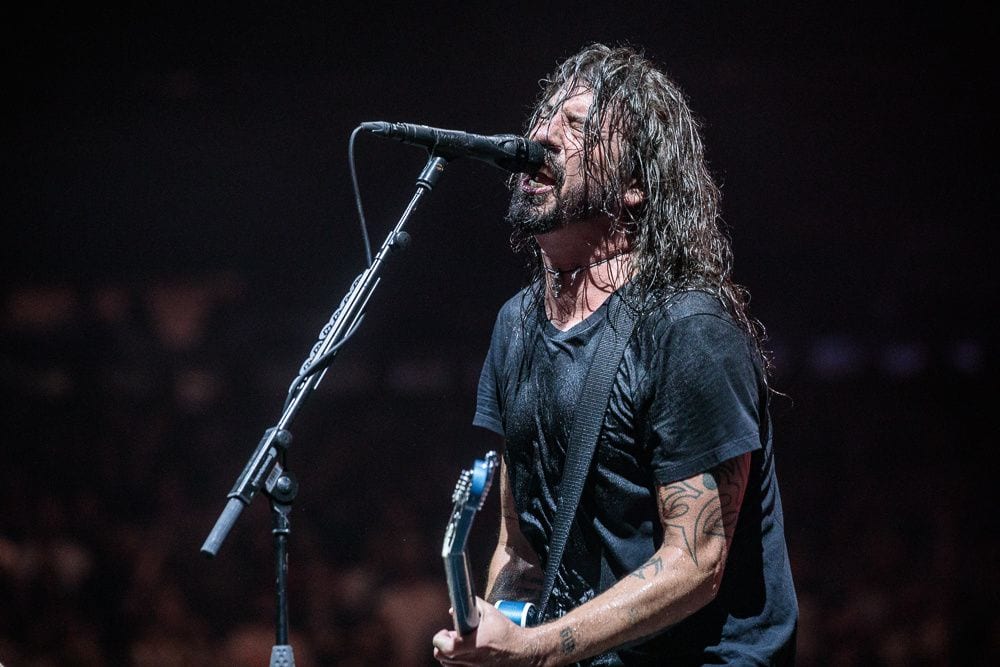 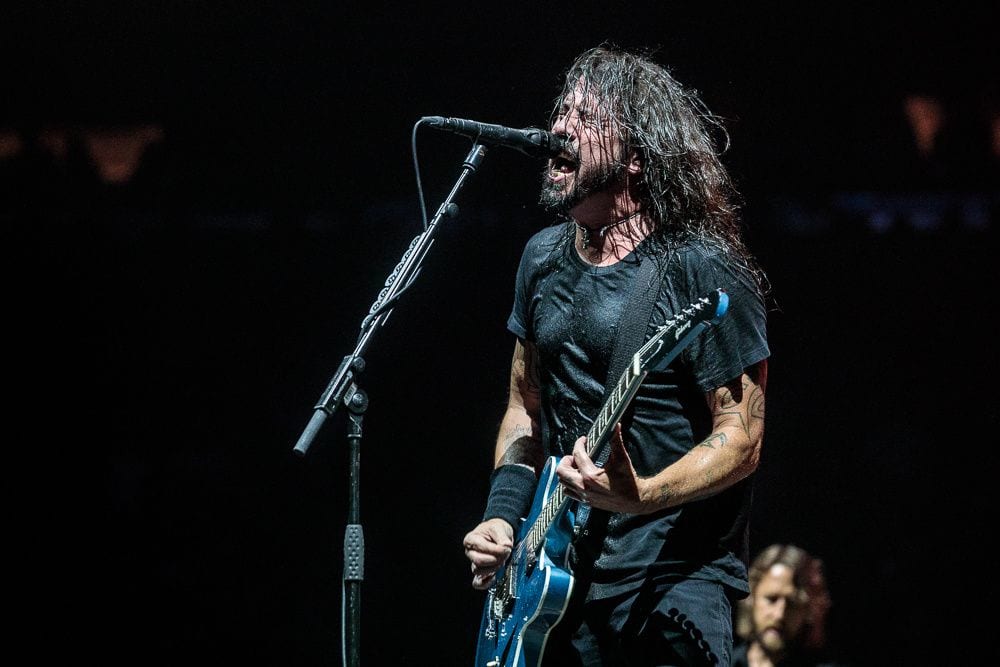 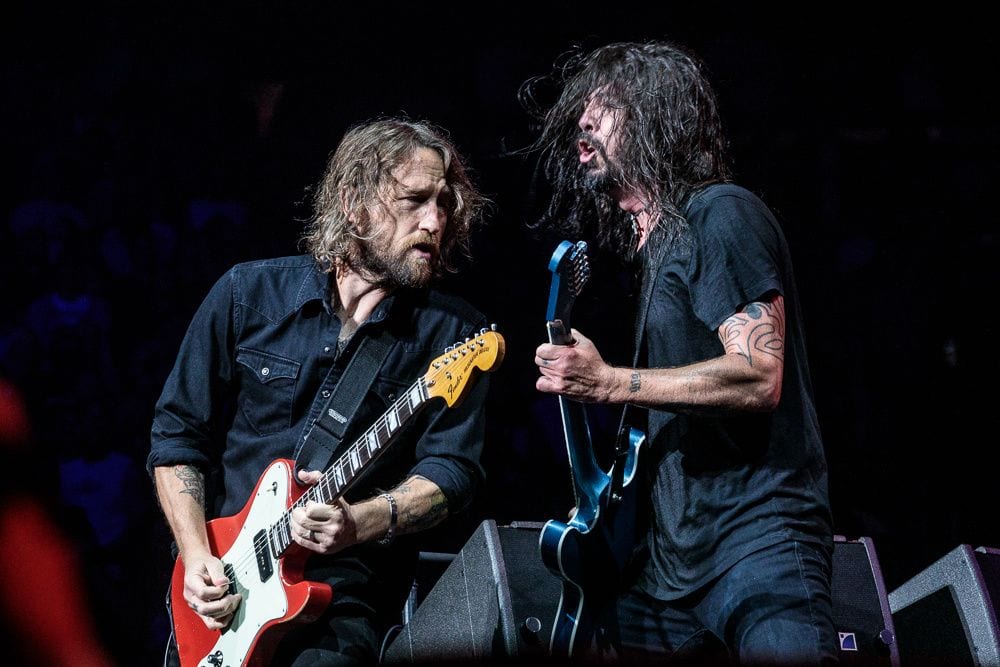 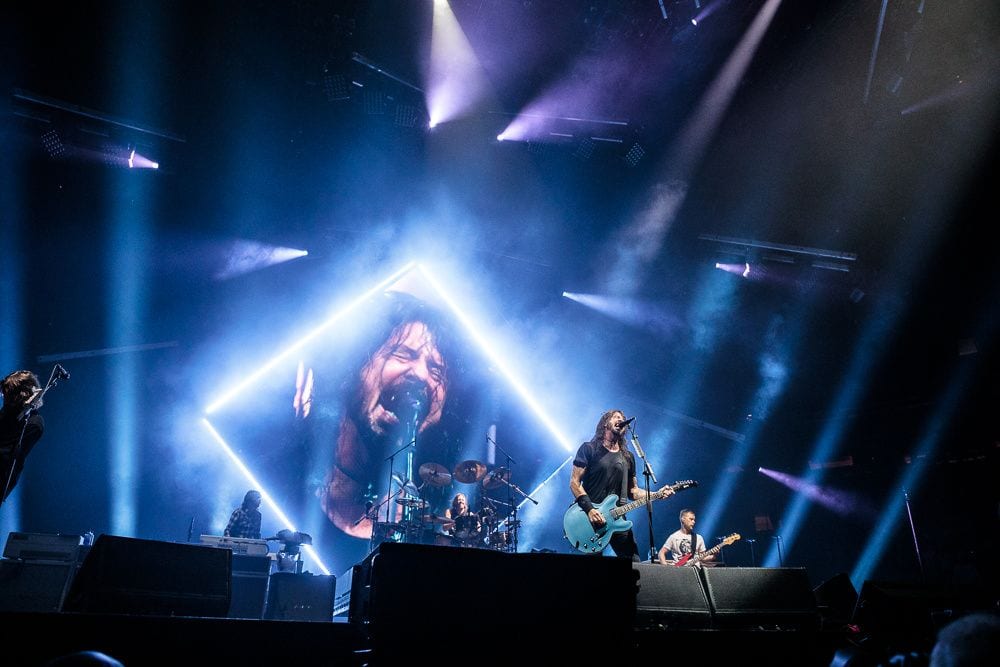 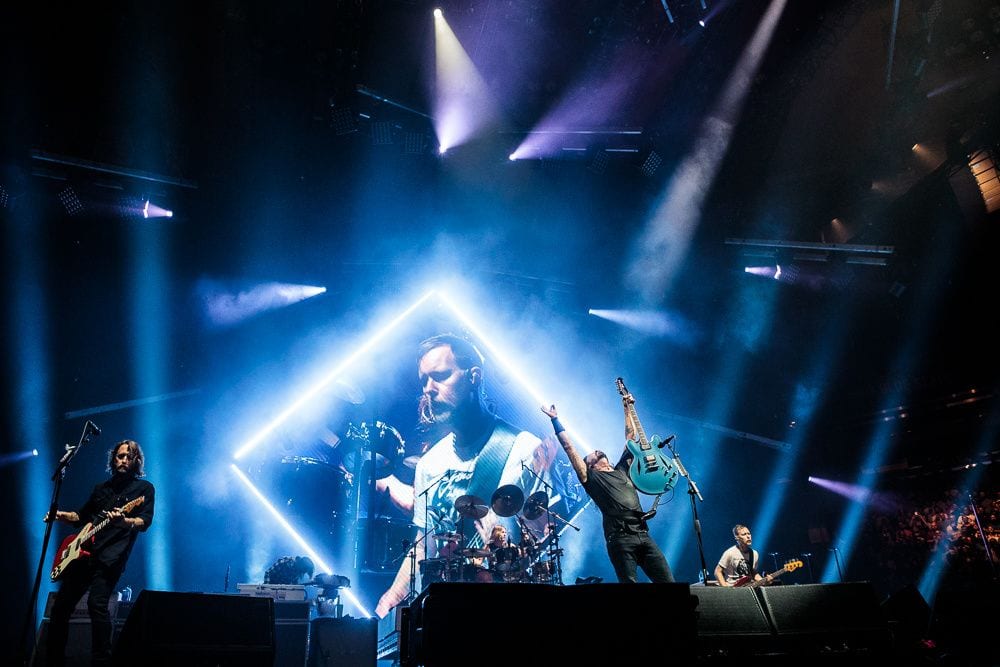 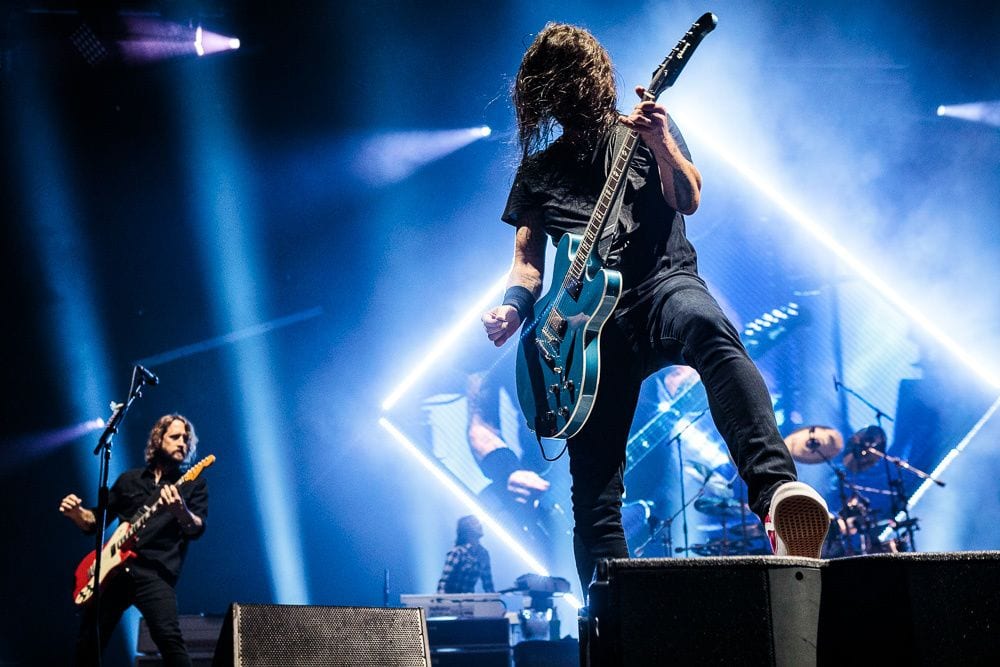 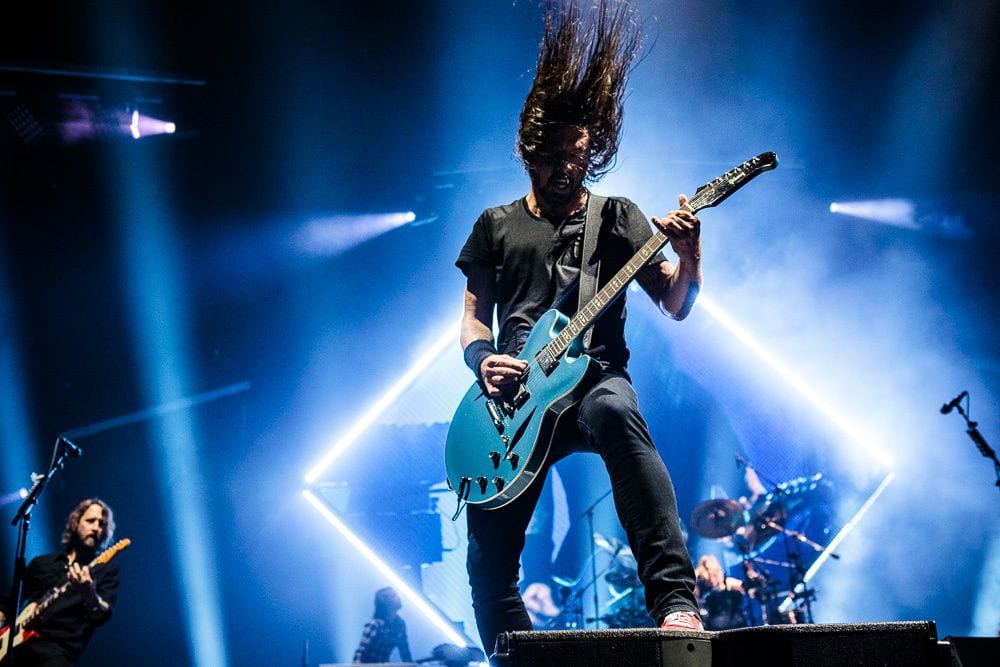 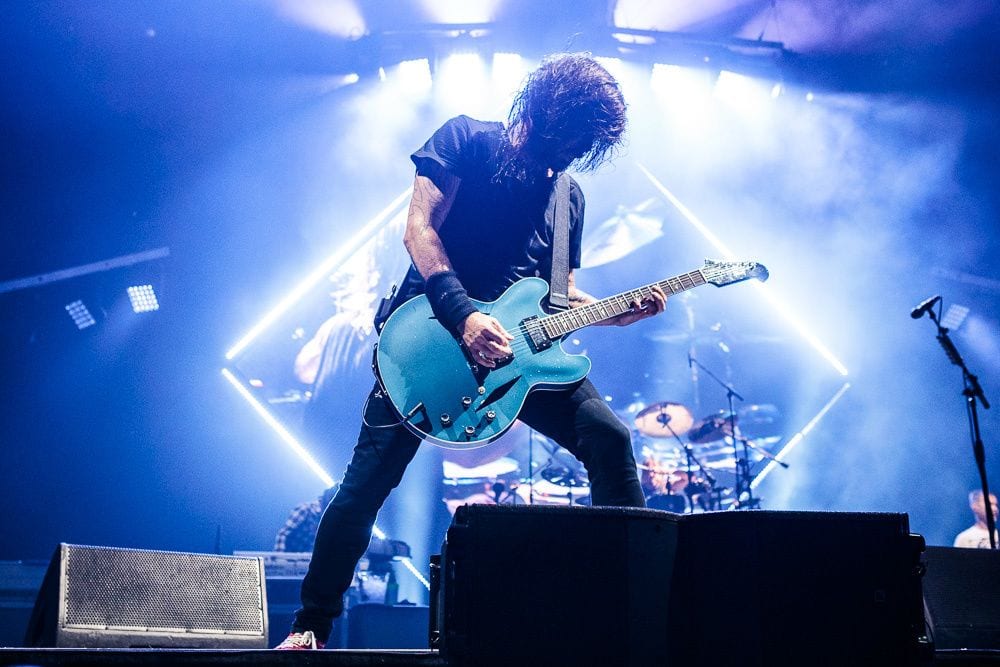 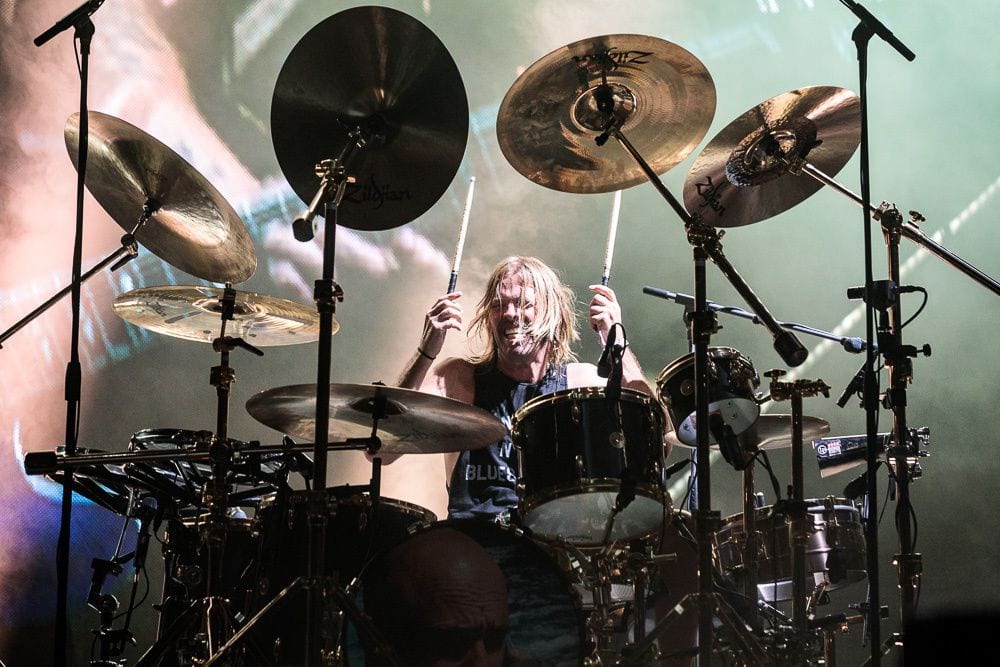