Frame of Mind: Punk Photos and Essays from Washington, DC, and Beyond, 1997-2017
Antonia Tricarico
Akashic Books

Under what conditions can we say that a photograph is feminist? Feminist politics is often conflated with simple femaleness, as if a woman’s presence behind the camera or in front of the camera is the most obvious checkbox for ascertaining the photograph’s argument. But the camera itself is an eye, and though it feels easy to slip into the notion that a woman doing the looking is necessarily feminist, this is not the case—perhaps especially when the subject of the photograph, the “thing” being looked at, is also a woman. So more important than the sex or gender identity of photographer or subject, we should examine how the photo itself gazes at its subject. What, then, is a feminist gaze?

To answer, I highly recommend the first book by
Antonia Tricarico, Frame of Mind: Punk Photos and Essays from Washington, DC, and Beyond, 1997-2017. Yes, these photos are made by a woman, and yes, the subjects of these photos are mostly women. And yes, all the essays are written by women. And yes, this fine collection is published by Akashic Books under the delightful motto “reverse-gentrification of the literary world”. But rock ‘n’ roll photography, like the rock music industry itself, has always relegated women to a ghetto in the corner well outside the mosh pit where all the real action takes place. As a result, the images we have from concerts tend to use a particular style—a way of looking that is blessedly barely in evidence in the gaze Tricarico showcases here.

She came from Italy and began taking photos at punk shows in Washington DC in 1997. Think about how you edgy female rock musicians were portrayed: how every photo froze Courtney Love’s slip dresses the moment before really slipping to show us her breast and by extensive implication her sloppy character; how Shirley Manson’s legs were spread so wide in her debut Calvin Klein ad that you might not even notice she’s not wearing her trademark eye makeup; how Joan Jett had nothing to promote at that moment but still made splashy headlines just by dying her hair blonde. I loved those women and still do, but photographs of them from the late ’90s can be hard to look at because who they are gets flattened out.

If the women depicted in Tricarico’s photos are as “hot” as those in the sexy ’90s photos, it has little to do with their physical appearance. Her photos showcase fierce women on stage doing their actual work. They sweat and make awkward faces and it’s not always “pretty”. You can see the wrinkles in their brows and the cellulite in their arms. You can see how their eyes glaze over when the groove is strong, or how their eyes focus on the drummer to cue in the bridge verse. You can see untied shoes and precariously coiled amp cables. You can see behind the scenes, their kids allowed to bang on instruments at home and their dinner tables cluttered with the random stuff of average life. 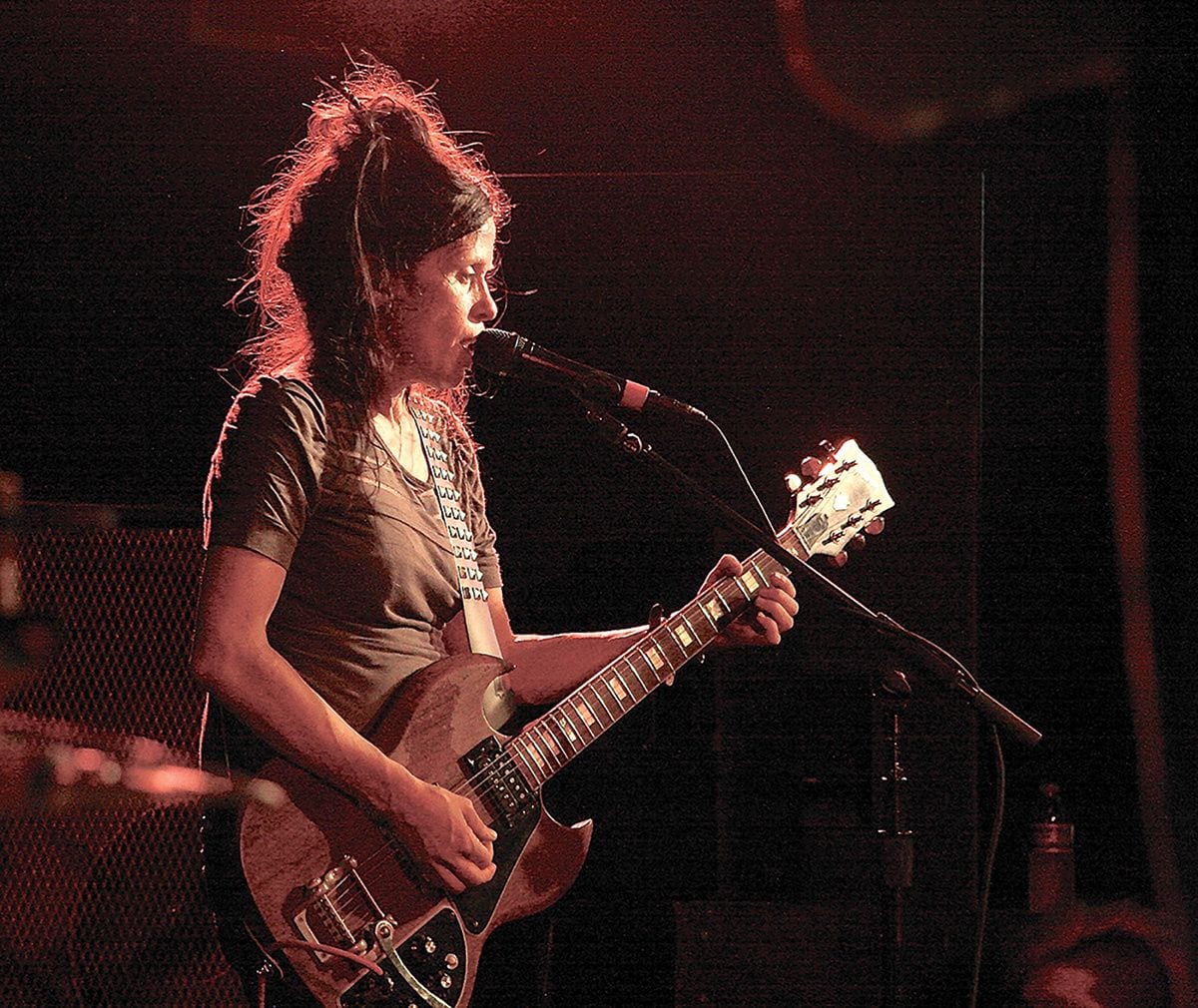 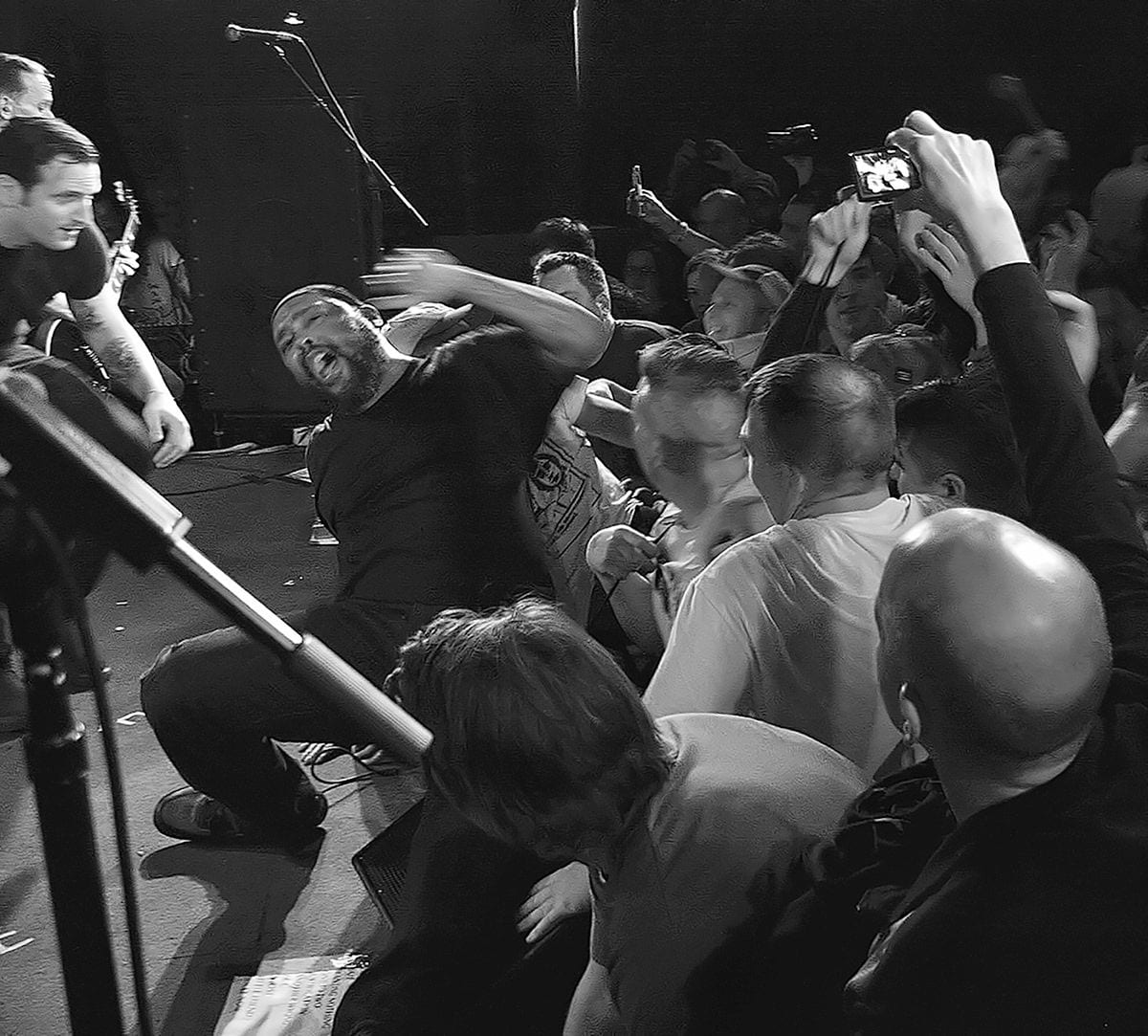 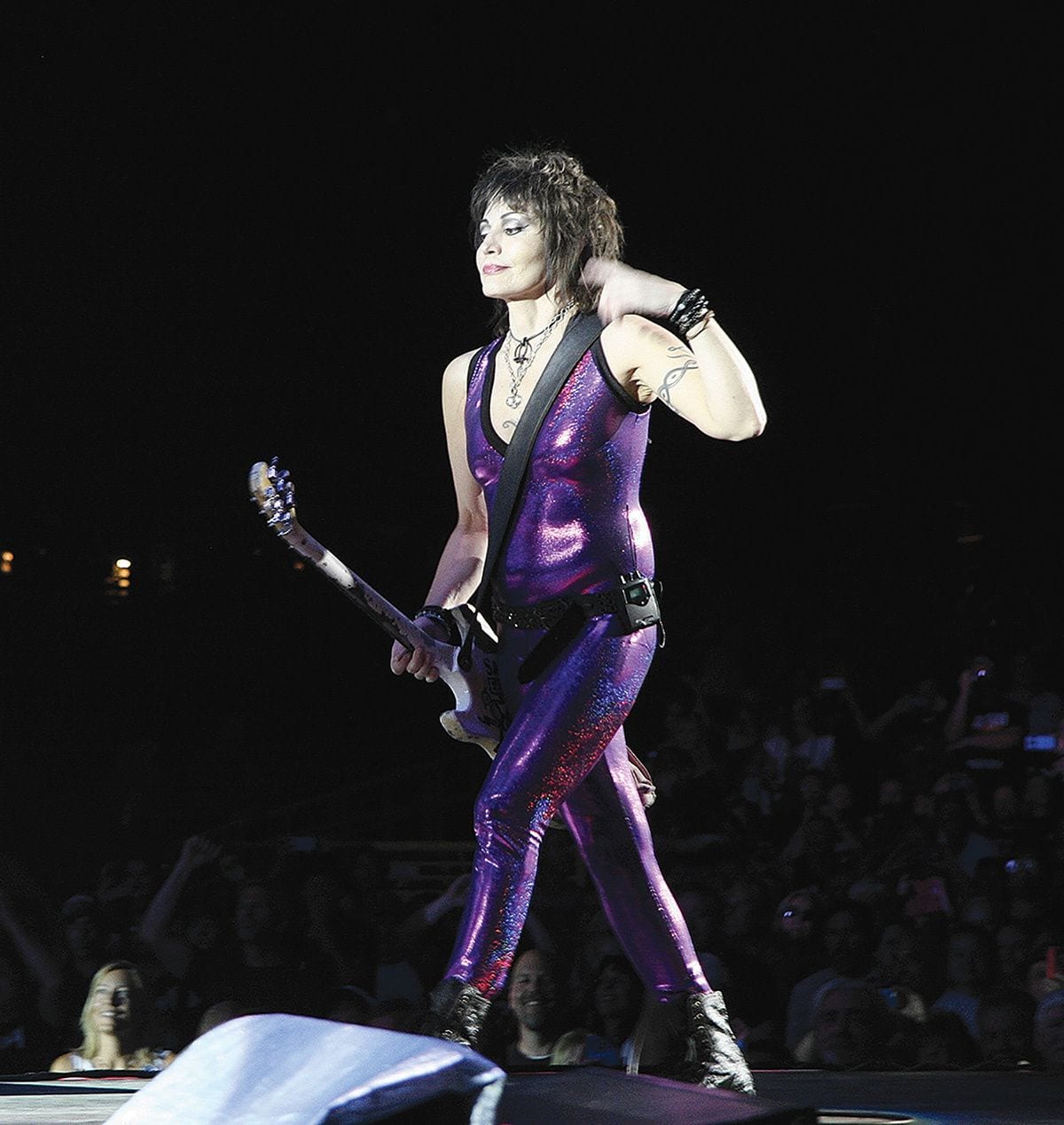 When a photo is offered as a candid document of a woman taking up space, without either highlighting the seductiveness of her body or elevating her to matronly sainthood, that’s feminism. When a filthy and drippy lady on stage is shot from a low angle, the spotlights striking the edge of her instrument and surrounding her head in a halo—you know, just like the seven million photos you’ve seen of Springsteen—that’s feminism. Putting photos of Alice Bag flipping the bird directly at the camera side by side with Fugazi staring at the floor is feminist. Putting photos of big, sparkly, seated Coup Sauvage side by side with the shirtless thrashers of Motorcycle Wars is feminist. Because where are the women who are gods of rock music? I’ve been asking this question since I was a kid. People—not just women —want to know: Who else out there is like us? And spare me your Tawny Kitaen.

I was embarrassed by how many of the bands in this book I didn’t know. Tricarico’s photography is compelling on its own, but it additionally propelled me to make a list of bands to check out. Just a sample: Cool Moms, Savage Boys and Girls Club, Quix*o*tic, Scaramouche, Divisionaries, Moats Definitely, Fire Party, and Uzeda. You can also find plenty of the usual suspect: L7, Fugazi, Deep Lust, Melvins, Lungfish, and Joan Jett. The photos are exciting by virtue of seeming very present, and Tricarico’s decision to give some of these women a full page of their own to say something about their lives in rock ‘n’ roll is a necessary and priceless undertaking that adds tremendous value to Frame of Mind as a punk subcultural artifact.

Most of the women don’t really talk about the photos themselves, but instead take the opportunity to focus on what it has meant to them to make space for their art within such a male-dominated sphere. Each write-up is followed by a chronological list of all the bands that woman has been in. Some only list one or two, either because their first band kind of hit it big or they’re just getting started. But the majority of these band name lists—chock full of hilarious puns of course—are longish, a tiny yet emphatic portrait of how these women are slugging away, bloody but unbowed by the endless shuffle of personnel and shifting scenery.

In search of a community for herself, adrift in the unfamiliar language of America, Tricarico turned her eye toward the sounds where she felt most at home. In doing so, she captures not just a spirit of the times, but a spirit that is for all times. It’s a punk thing to do, to show us that these bands may go down but the spirit of the underground carries on with each musician, nonetheless. And yes, a lot of the musicians are women.