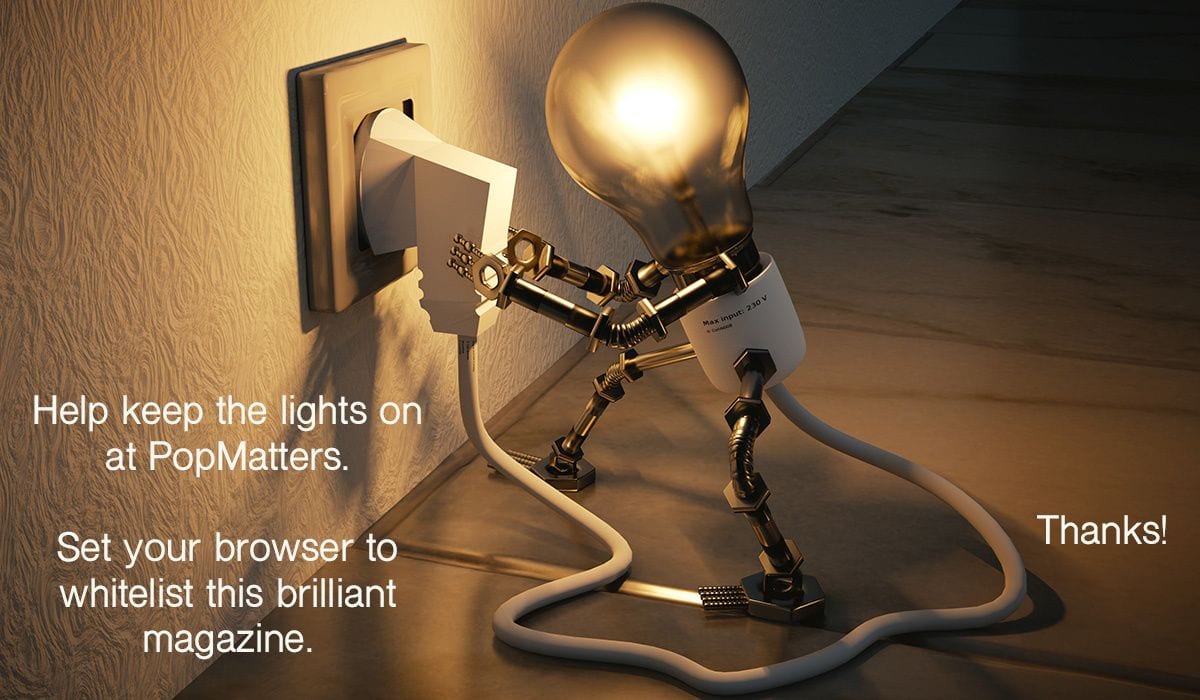 The leading characters in Marvel’s forthcoming Eternals (dir. Chloé Zhao), may seem familiar to those versed in mythology. Thena, Ikaris, Ajak, and Phastos have direct roots in Ancient Greece. Gilgamesh, of course, is the Mesopotamian protagonist of what is widely considered the first piece of literature.

This is far from the first time superhero universes have dipped into a grander mythology. Thor, Loki, and Odin are found in both. Wonder Woman is the daughter of Zeus.

Even before tales of super-human ability graced television, film, comic books, or radio, their roots in mediums such as penny dreadfuls and simple newspaper panels tell stories of crime-fighters like Hugo Hercules and Spring-Heeled Jack, referencing an earlier folklore or mythological belief.

In a quickly changing time of advancing technology and proliferating mediums of storytelling, the entire market around these stories, how they are told, and who they are told to, is shifting at an equal rate. Yet certain characters and ideas remain prominent in both. Iconic personalities such as James Bond, Dracula, Robin Hood, and Batman have become tools for mass-marketers, preying perhaps on intrinsic cultural values. 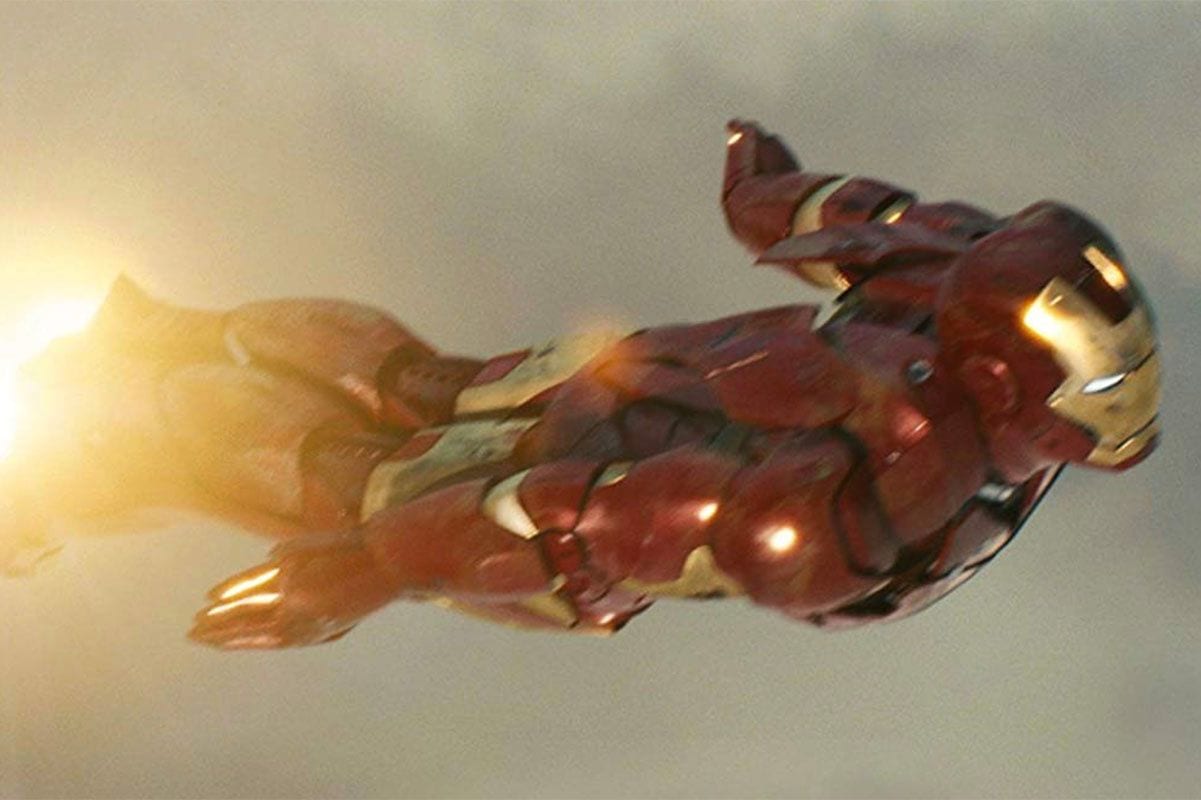 In today’s film, heroes don’t need names like Thor or Hela to maintain mythological grandeur. Their structure and themes do that work regardless.

These retold stories, however, are simply that: stories.

A true cultural mythology exceeds that, says author and professor Dr. Tom Moore. True myth wells from the belief and behavior of the populace, not created by any one person. Even Homer’s Iliad and Odyssey, for example, are just single versions of a story that had been told by many for generations.

According to Belgian Psychoanalyst G. Marian Kinget in The Master-myth of the Modern Society, myth is never meant for entertainment. It instead reflects a worldview. A true, living myth is often unrecognized as such, like the gods on Mt. Olympus or the fanciful ideas of America’s frontier.

Myth-making is not meant for stories, but survival, Kinget claims. Myth grows from every human culture, and none has ever lived without it. Mythologizing today is often looked at as an inferior mode of thinking, when in actuality it is an implicit belief system. An absence of myth would mean an absence of all meaning. Because of this, it can be tricky to identify the current mythos until that belief system changes.

Why look at myth?

The three main types of myth are creation, destruction, and heroic, Moore says. When studying these ideas across cultures it becomes clear their intent is to provide meaning through narrative experience.

Psychoanalysts have always looked at classic tales as studies of human behavior. Freud did this with Oedipus, and more recently Stephan A. Mitchel with the tale of Icarus.

In Psychoanalyst Malcolm Slavin’s article, “Meaning, Morality, and the Search for Realness and Reciprocity”, he approaches the concept from an evolutionary perspective. Survival and adaptation is less based on biological instinct and more on the transmission of culture and knowledge. As humans developed, so did the need to use the subjectivities of other minds to understand our surroundings and self.

In other words, story becomes the template for navigating the world and understanding what it means to be a part of a larger community of people.

For comic book illustrator Ash Lukeris, the emotional aspects are what he finds most compelling about the stories he absorbs.

“You can take a lot from just a drawing of a landscape or the way a character is carrying themselves to see what they are trying to convey, and there can be a lot of power in that,” he says. “You don’t have to read a big paragraph to understand what they are saying. One picture can bring a lot of readers to tears.”

American comic books can be a catalyst for creating legends. Superman has become a historic symbol through stories and merchandise constantly created. Superman can be rivaled with historic characters such as Alexander the Great, or even old tales like Jack and the Beanstalk.

“I think it’s a manifestation of coal turning to diamond,” Lukeris says. “These characters are like hope, just turned into something. Or just some idea, imposed on something human.” 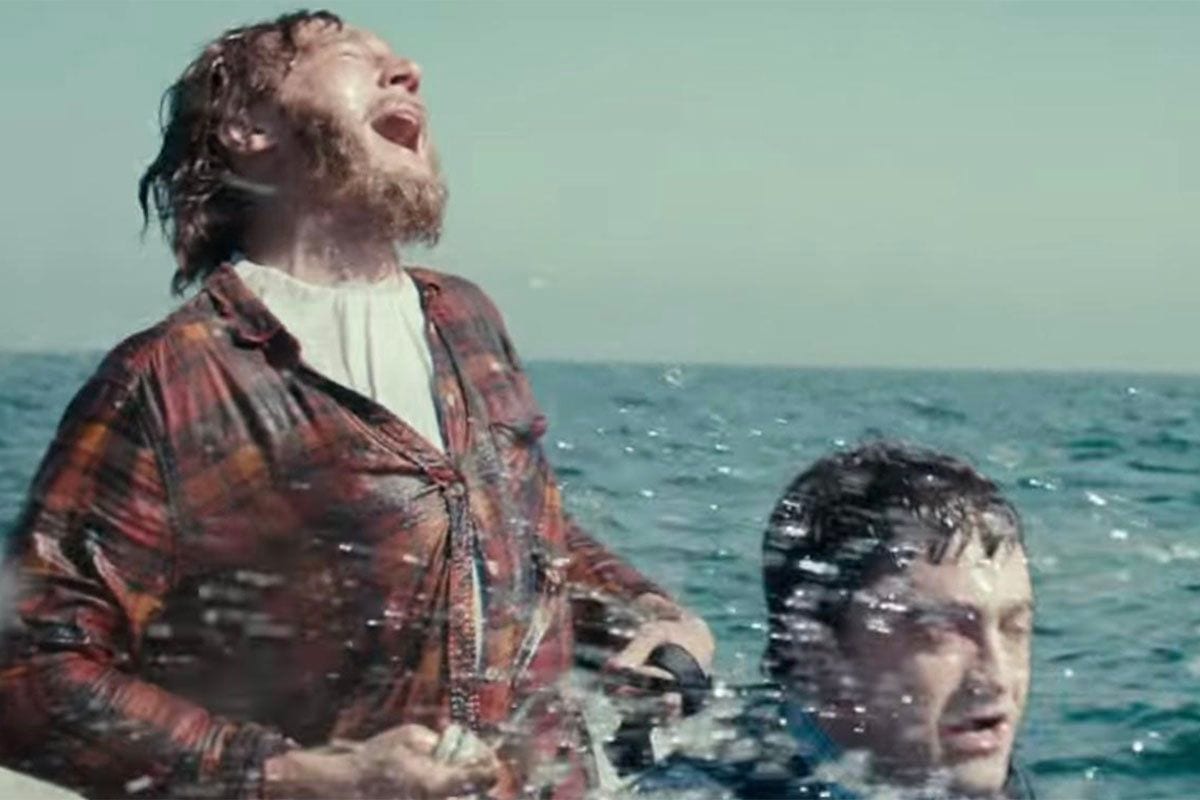 In the last century, the mediums on which stories can be told have virtually exploded. Writers and creators can do things that would be impossible on other mediums.

With audio and visual working in tandem in film, the viewer can hear a message on a television in the background that’s reaffirming a subliminal message or theme in the story that they are absorbing without even fully registering, Lukeris says. This is opposed to comics or novels, for example, where messages have to be more blatant.

Dan Kwan and Daniel Scheinert Swiss Army Man (2016) is a great example of this, Emmy Award-winning filmmaker Adam Harum says. In a movie about a corpse who floats away by farting into the ocean, emotional music, shot composition, and framing give the viewer an automatic emotional response they may not be immediately aware of.

“The trick is to kind of be like ‘hey, look over here’ and while you’re looking over here, like a magician, I’m gonna get you with this with my other hand,” Harum says.

With these new mediums comes a new speed at which content is produced. Production companies have proliferated, news cycles have shrunk.

In The Power of Myth, Joseph Campbell argues that the element of mystery is a motivator for the development of mythology. As technology advances and this mystery shrinks, society may move at a speed too quickly to mythologize. 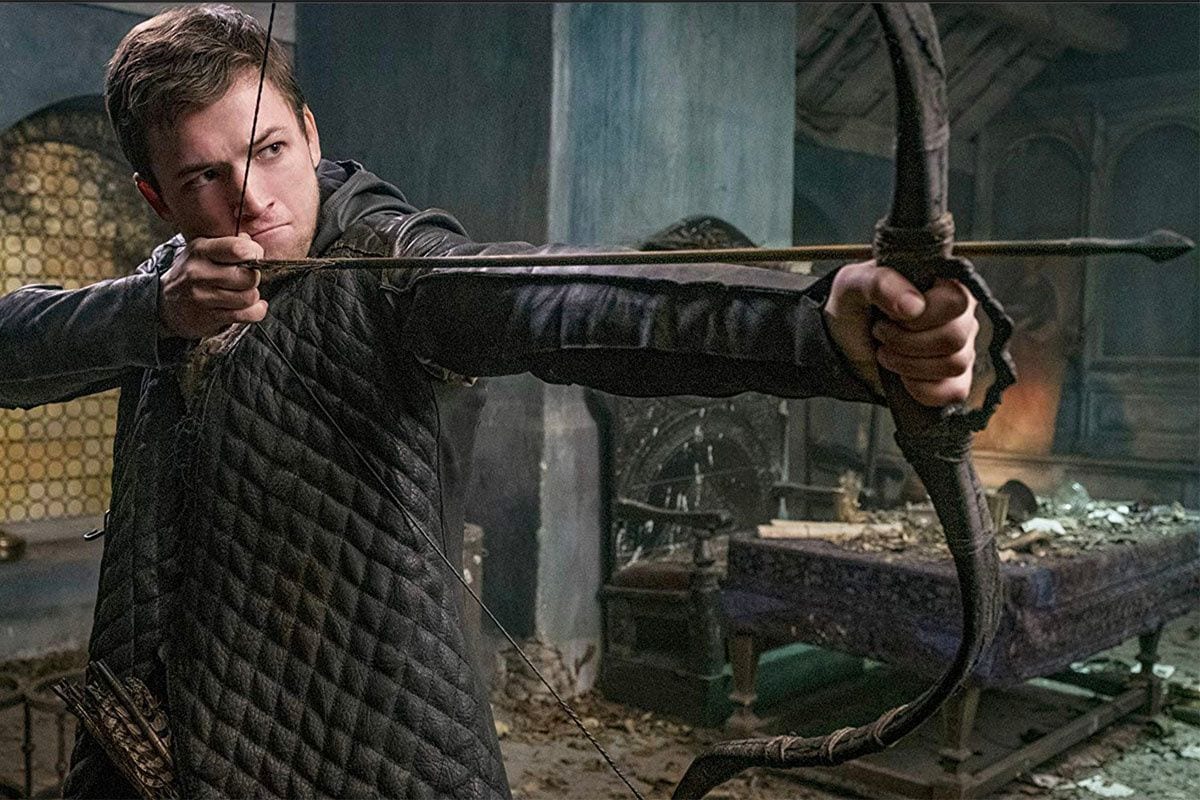 Technology has completely changed a consumer’s relationship to stories.

“There’s a fresh batch of comics coming out every single Wednesday, and there’s a Superman book in there,” Lukeris says. “Marvel releases 15 titles, DC does the same. There’s such an outturn, there’s so many people to make stories and there’s so many people to absorb those stories. If you want to watch a TV show from the 70s, you can rip it off some website online instead of trying to try to track it down in video shops in your greater county.”

With the plume of media, though, there are fewer new concepts than might be expected. Production companies stick to certain characters such as Superman because they’re familiar.

“Basically what that character’s become is a funnel to channel new ways of thinking and new pop culture through,” Harum says. “The reason why they can come back is because at their base there is a certain concept or core to their character that allows them to be put into new modern ways of thinking.”

An example of this is Otto Bathurst’s film, Robin Hood (2018). Taking a character which already has over 70 film adaptations, a heavy theme in the film was the one-percent-versus-99 wealth disparity.

What was once perhaps developed from a core human interest in a character, such as Superman as a symbol of unadulterated hope, is now being used as a writing and marketing tool. Like a paint-by-numbers set, a viewer can look at a Superman or Robin Hood-type character and fill in gaps that the storyteller doesn’t need to because of the way story and myth work.

“That familiarity can be bought and sold,” Harum says. “The industry knows that there’s that nostalgia and weird comfort that comes with that, knowing the in on something, it can be marketed and used.” 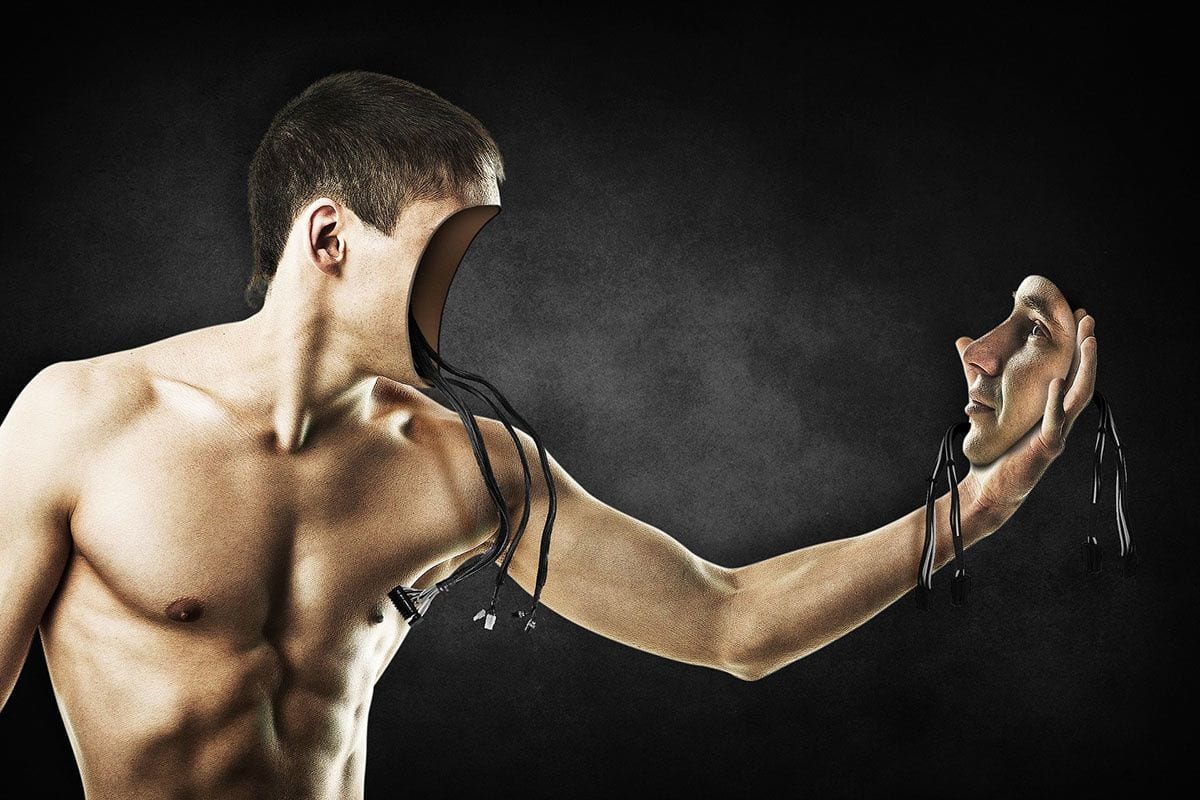 Kinget discusses the myth-of-no-myth—that our society having no myths-of-old is in itself a mythological idea. In other words, the scientific worldview of finding “truth” in our surroundings is an example of today’s mythology.

Objective truth is another example, Kinget claims. People tend to believe that there is a higher, impersonal, detached truth, yet there is no aspect of hypothesis-forming separate from subjective reasoning.

“You’ll tell somebody ‘you’re not being objective,’ which really means ‘I don’t think you’re being truthful here,'” Psychologist Dr. Brennan Gilbert says. “So there is still an implication that there is a true reality that someone can have access to if you do the right things.”

One of the most interesting things about Greek mythology is that the gods weren’t perfect, Harum says. They represented ideas and feelings across the board, like war, bloodlust, and death. Yet, they were still looked up to. Through celebrity figures today such as the Kardashians, Elon Musk, and Donald Trump, there are aspects of our culture which do and have always mimicked that idea.

This is also escalated by technology, especially social media.

“There’s a weird aspect of realizing you can become a hero or an icon in our day-to-day lives and people grasp at that and become—people hate that term—influencers,” Harum says.

Technology itself can be mythologized, Campbell says. It wasn’t apparent with the first tool construction, but now the computer has its own set of rules and reward systems that the user must adhere to.

Nuclear weapons, what could perhaps cause humanity’s end, is an extreme example of this, Moore says. Climate change, too, is not a machine but a byproduct of one.

“When the first rock was chipped into an ax, I don’t know if anybody wondered ‘huh, what have we done?’ because the stakes were so small,” Moore says. “Now, we have the weaponry available to human beings to destroy our race and, even sort of a less deliberative way, global warming.”

Through film and story, rhetoric and conversation this idea prevails.

“If you want to look at a pervasive mythic structure that’s facing us it’s our own extinction,” Gilbert says.

Becker argues that people tend to hold tightly to world views which put them at ease. This can be compared to today’s climate change deniers, Dickinson says. Belief in technology, materialism, conservation of nature or god can all act as catalysts or hindrances for sustainable practices against climate change.

Apocalypse, being one of the three main types of mythology, is common in most cultures across time, from the Norse to Christians, Aztecs to Cambodians, claims author and mythologist Michael Meade is his book, Why the World Doesn’t End.

It seems to be, just as the case of Robin Hood as a transmitter for new belief, this mythic structure has funneled into our society’s fears. The advancement of technology and artificial intelligence leads to the changing climate, leads to housing and food insecurity, leads to apocalypse.

Myths give us narratives of hope, Gilbert says. They provide models of surviving hardship that interpreters can construct meaning from, giving tools to move through a challenging life.

These fears are apparent in human behavior, methods of communication and what is created. It is seen in The Terminator, The Matrix, I, Robot and Black Mirror. It is seen through symbols of resource depletion, like Thanos, or the power shift between flesh and machine, like Ultron.

Eternals is another miniscule entry in this eons-long conversation.

Bowden, Mark. “Why Are We Obsessed With Superhero Movies?“. The New York Times. 6 July 2018

Kinget, G. Marian. The Master-myth of the Modern Society: A Sketch of the Scientific Worldview and Its Psycho-social Effects. UPA, Rowman & Littlefield. January 2000.

Mitchel, Stephen A. Excerpt on narcissism from Relational Concepts in Psychoanalysis: An Integration. Harvard University Press. 1988